Talk about an industry ripe for disruption! I just spent an embarassing 3 hours trying to fix my 25 gallon tank sprayer. How can there be that many types, sizes, methods for one device? I did find out pressure washer wands will work and are far more serviceable so there is that. I have enough tools, parts and equipment to rebuild a house and all the small motors and even heavy automotive and I cannot figure out sprayer wands. Maybe I can buy a harry potter special and it will magically just keep working this time.
Last edited: Aug 9, 2021

I think the Harry Potter wand just might be better than anything else you have!

I replaced mine with a hand sprayer nozzle for garden hose. Friend made my 15’ sprayer arms. Wish now I had made it out of light weight PVC pipe instead of metal.

seedcorn said:
I replaced mine with a hand sprayer nozzle for garden hose. Friend made my 15’ sprayer arms. Wish now I had made it out of light weight PVC pipe instead of metal.
Click to expand...

Yeah metals and acids and alkaline residuals probably have a date with corrosion. Unless you are like my sainted FIL who would completely maintance equipment after each use instead of merely cleaning it. In fairness some of this gear stays in a box outside so humidity here in the land of air you can wear causes oxidation issues. I 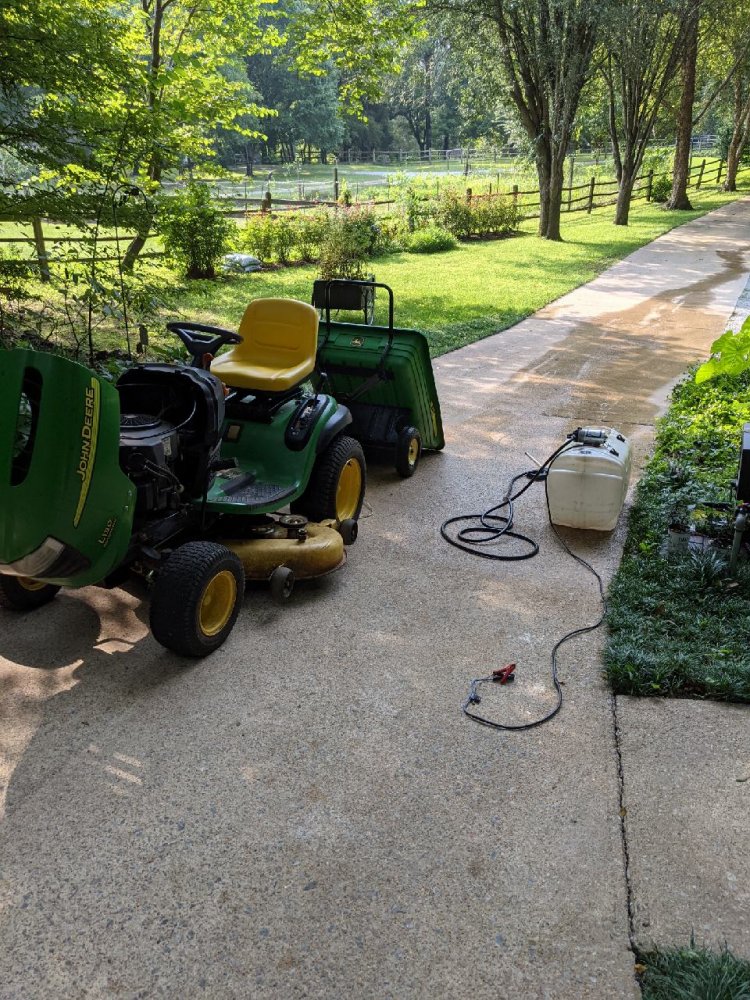 50 gallons of fungicide, mosquito hate, humic acid and micronutrients just like that. The new gun has a better throughput than the old one. But somewhere a Chinese person got a halo with a Tractor Supply logo on it.

Literally tried to buy a cheaper gun, plastic threads on the tip but no nozzle and not brass like this pistol grip came with a brass tip...they get heavy. Anyways, I said to the manager hey where is the tip to buy with it? ......yeah....no tips for sale...dont ask me... I only buy there.
Last edited: Aug 8, 2021

I went through a similar difficulty trying to fix my Mantis sprayer. When the battery wore out, I could just power it from a jump pack, and it worked fine that way for about 10 years. Then I forgot to clean & drain it one Fall, and the filter housing shattered. Tried to find a replacement, but Mantis had long before discontinued the line, and there were no parts ANYWHERE. After a lot of wasted time & frustration, I was eventually able to install a nipple on the bottom of the tank, and run an in-line AG filter. Fortunately the pump itself was undamaged.

When I originally bought the system, I passed on the attachable boom sprayer. I wish I had that decision to do over, now that I find the need to treat my large lawn with Milky Spore, to reduce the JB population.

The frame is metal but anything that touches water/chemicals is plastic or rubber.
What shocked me was the price of nozzles. Luckily people I worked with buy wholesale.

Ahhhh, no mosquitos. It is hard avoiding flowers but now is the time the fruiting an nuts are making so I have less guilt about pollinators even though I know my blanket spraying took down most of the wigglies out there.

Found a small spray I think is really neat

Big thing to keep sprayers working is to clean them out when the season is done. You can add a hose sprayer to any spray tank. I agree that looks like a well built sprayer tank.

seedcorn said:
Big thing to keep sprayers working is to clean them out when the season is done. You can add a hose sprayer to any spray tank. I agree that looks like a well built sprayer tank.
Click to expand...

I brought this home yesterday. Small removable concentrate tanks. Neat idea at a small scale. Set to zero flow for flushing convenience. I bought a second tank and will probably have a third. It has a flow switch for a small 3 or 4 nozzle boom sprayer which I have not aquired yet. I am toying with the idea of a garden cart setup to haul it around with, as I cannot get the mower into the woods surrounding the house. I can fill it once I get it up the hill and haul it downhill. Much easier method than pulling it up into the woods. One thing I will be spraying for is sudden oak death and that will require some volume and big cart wheels for the woodsy terrain. 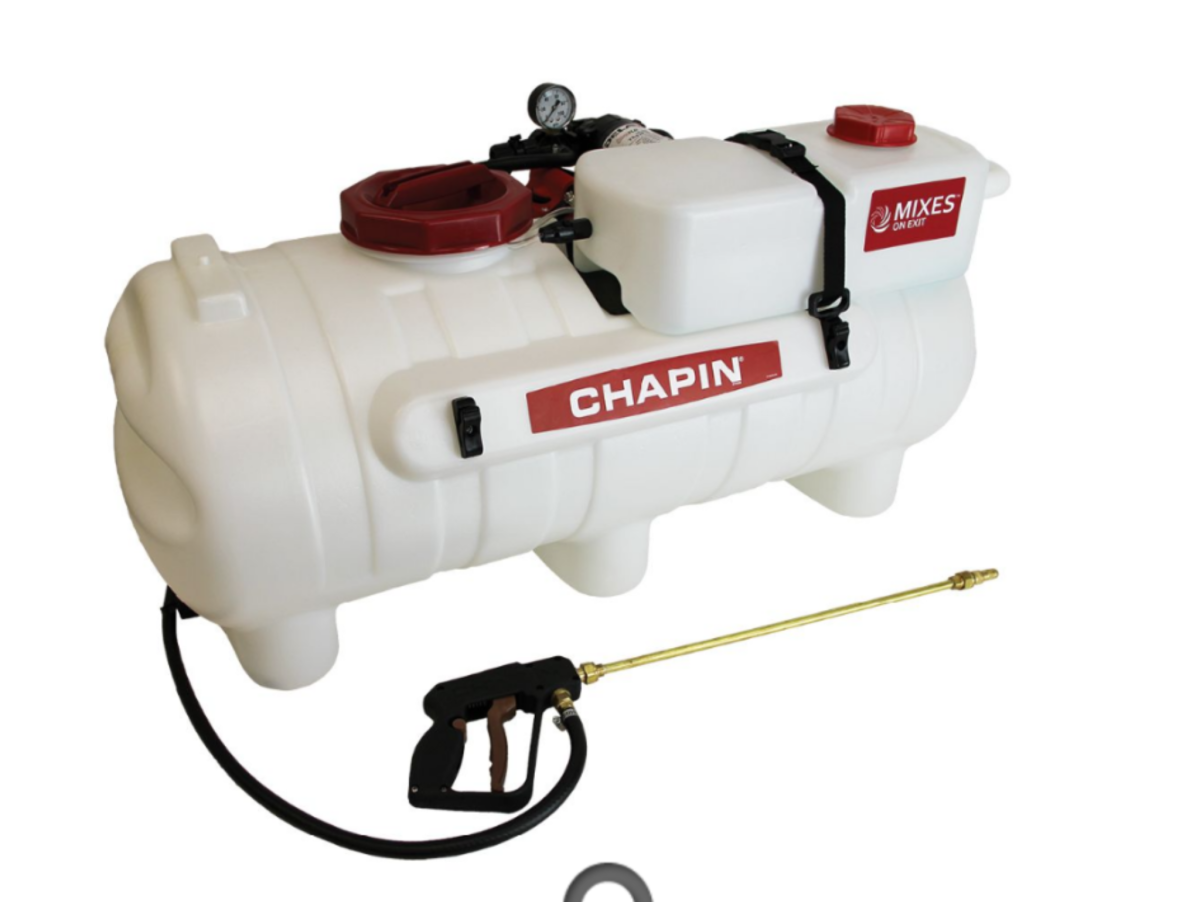