2015 journal of the gardens

no hard frost predicted till next fall

figured this would be a great time to start our journal for the 2015 growing season...

cleaned out many of the non productive or frost bitten plants from the raised beds. did pull many good beets small but good for roasting,most of last years bok choi has gone to flower and since our son will be home for spring break next week good reason to pull up the rest of the good ones. 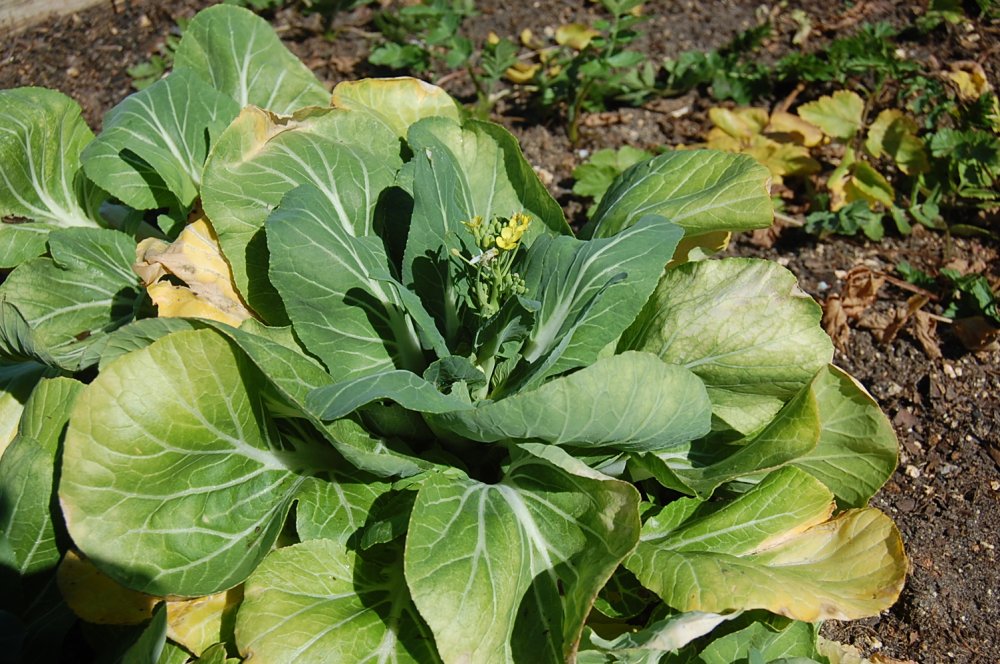 dw came out and picked all the good spinach from a bed that going to be this years potato bed. So went to town on getting it ready for the potatoes. hopefully will get them in next week. 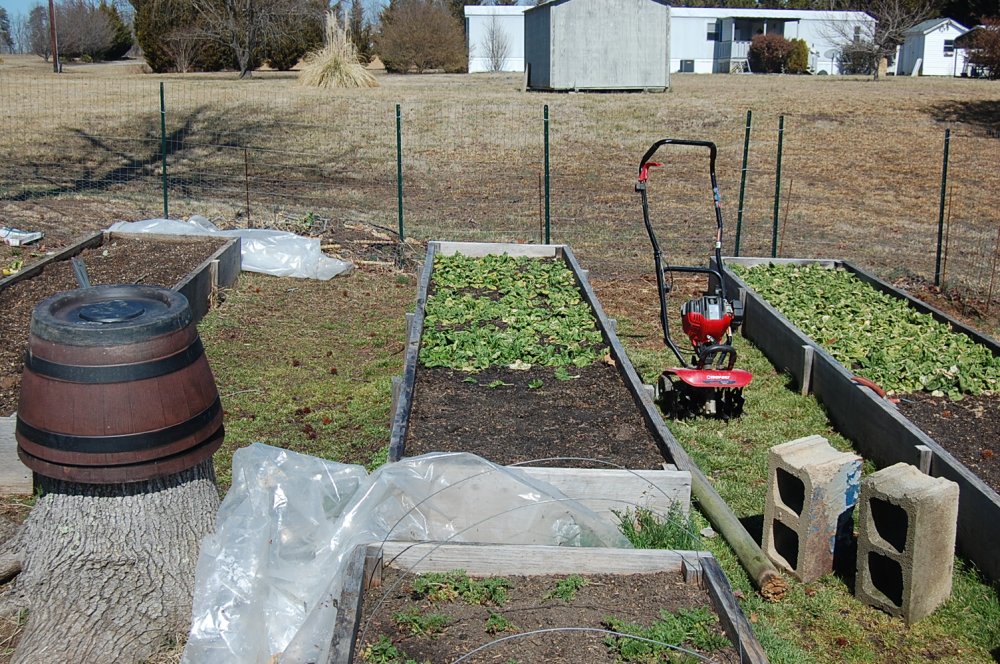 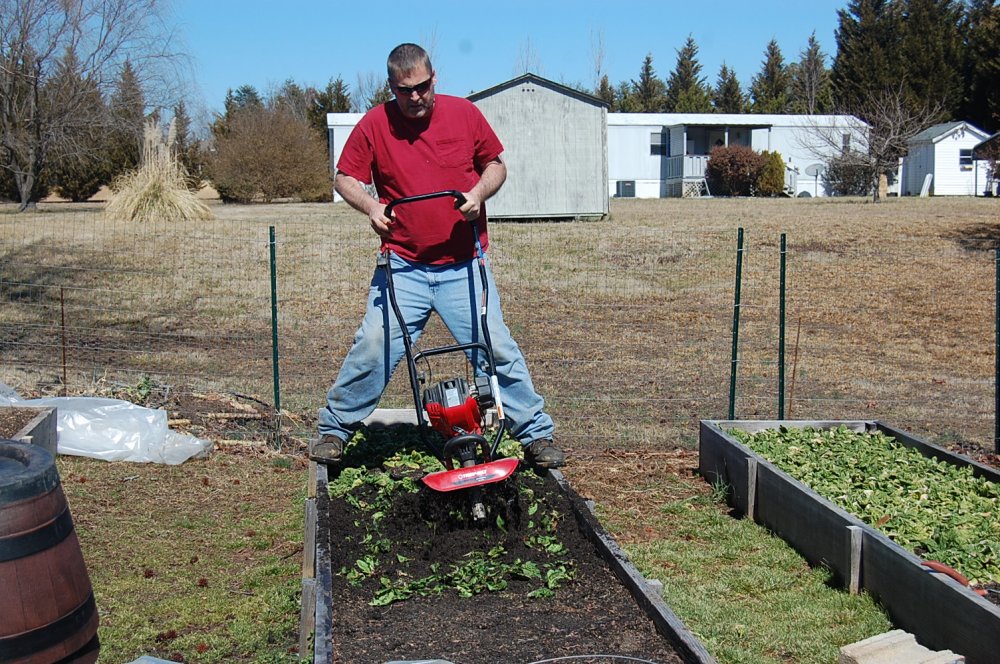 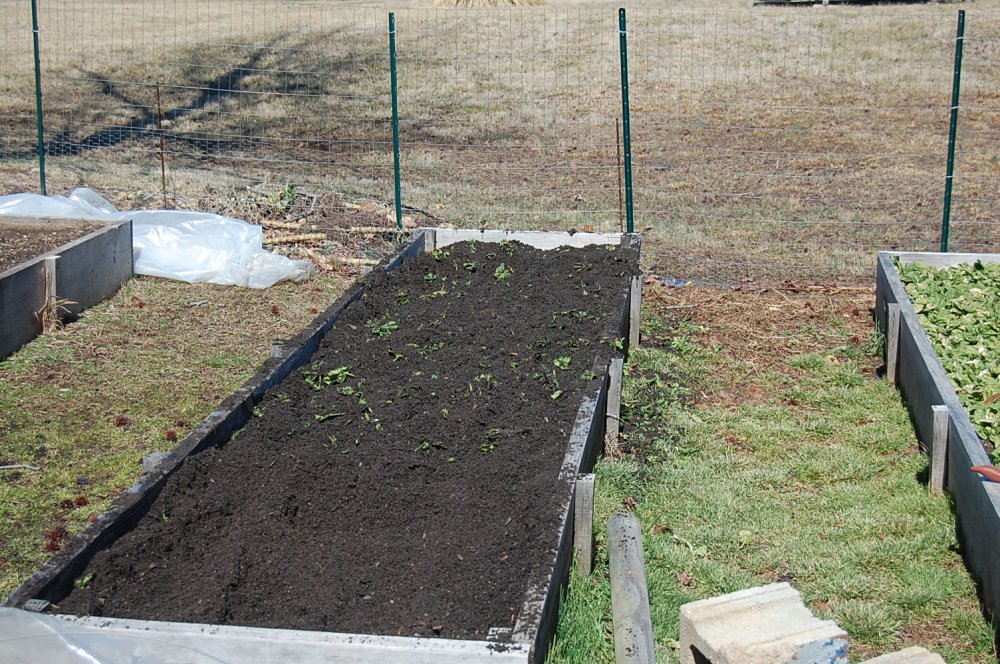 spent some time pulling weeds....dang those pesky weeds.... what is a home gardener to do 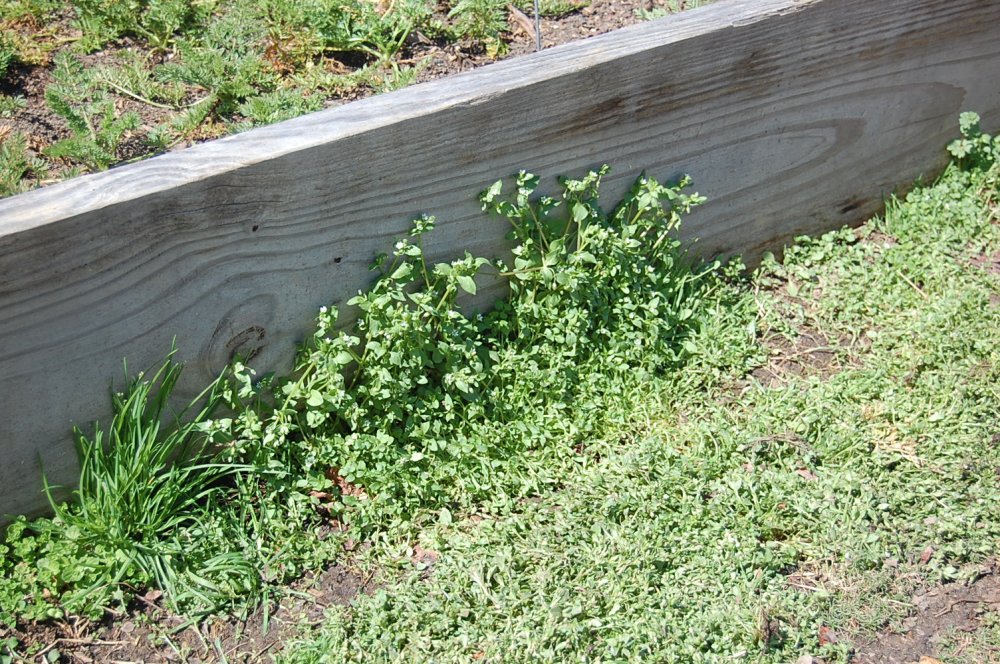 since had some spare time fired up the big tiller and did a quick till of the red clover that was planted last fall hopefully will be able till it every weekend till planting time.<oh i am sure the deer are going to hate me since i tilled it up>. 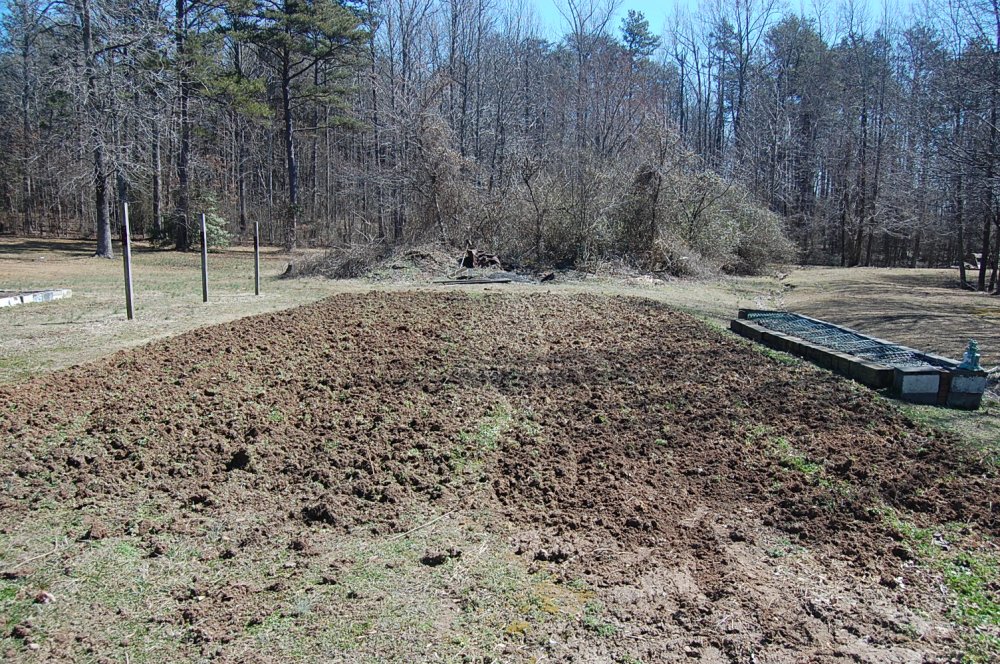 will start staking out the new fence line tomorrow and will probably start setting posts, still need to work tilling up the area to the left where the posts are for the peas this year, but it needs to dry out just a bit more before i even think about doing that, plus need a couple parts for the drivetrain on the garden tractor before i start doing my adaptive hybrid commercial/ home gardener operation

stay tuned to this thread for great things to come......

I was admiring that black soil, too. I'm even jealous that you have weeds. At least they are green!

Looks really good Major! I can smell that good soil.

Hey who was that guy you got to run the tiller?

Oh! Wait! Was that you? ha, I didn't recognize you without your carrot!

sorry thistle to disappoint you dw already had the carrots that i pulled inside the house.......

was going to work on the new fencing but put that idea on hold, so decided to do some work in the raised bed area pulled all the plastic and remove all the hoops, blocks and posts. of course broke out the weed eater for those pesky weeds . looks so much happier but barren at the same time.
it's almost a clean plate for this years garden. 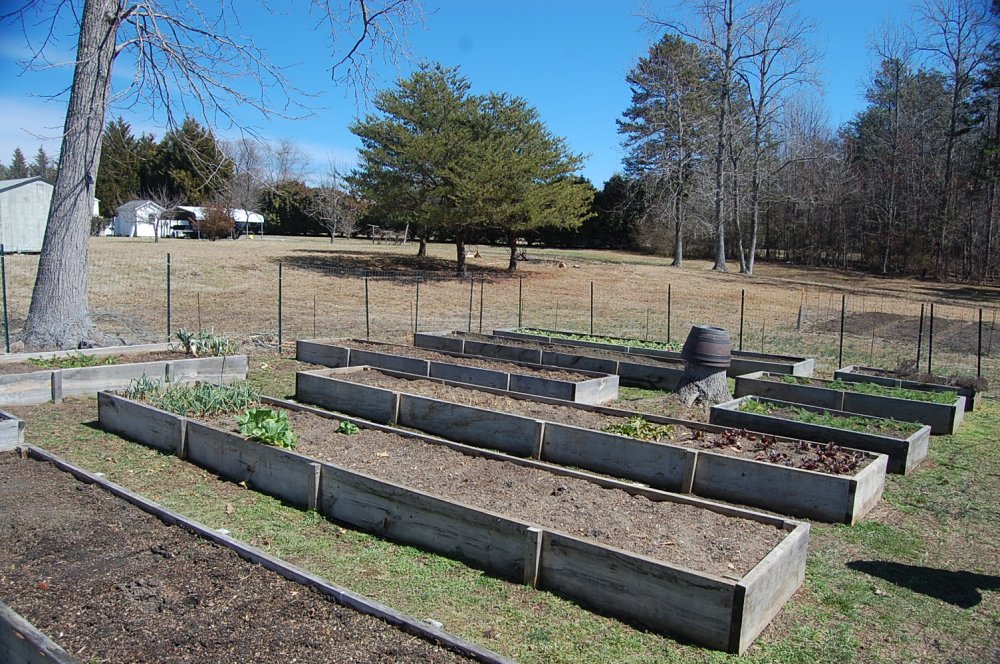 after that work had a carrot break for you @thistlebloom ...pop crunch oh yes so sweet. 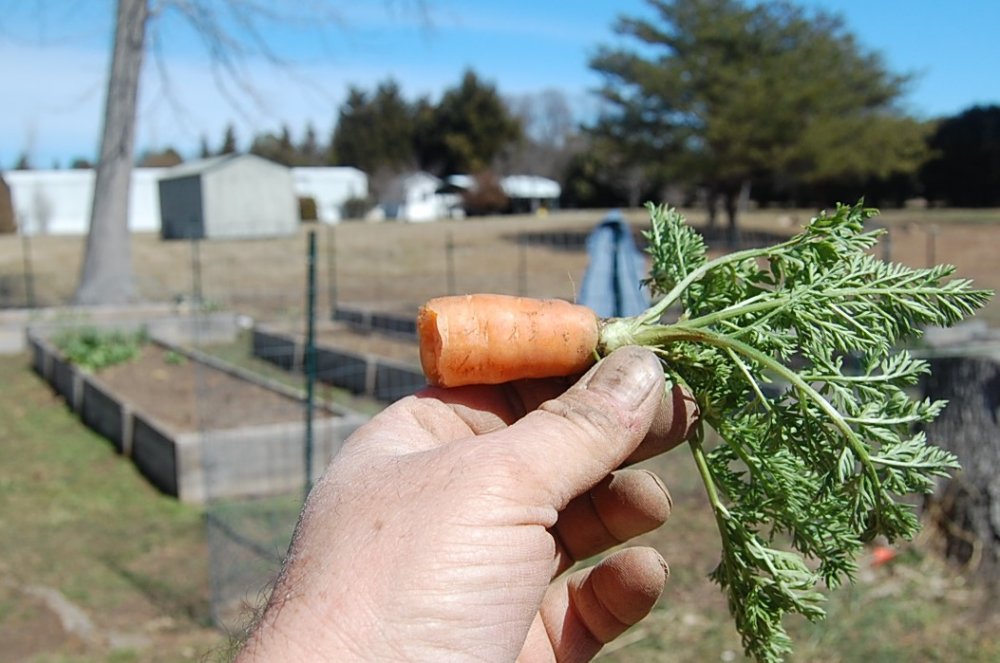 trimmed up the oregano bed 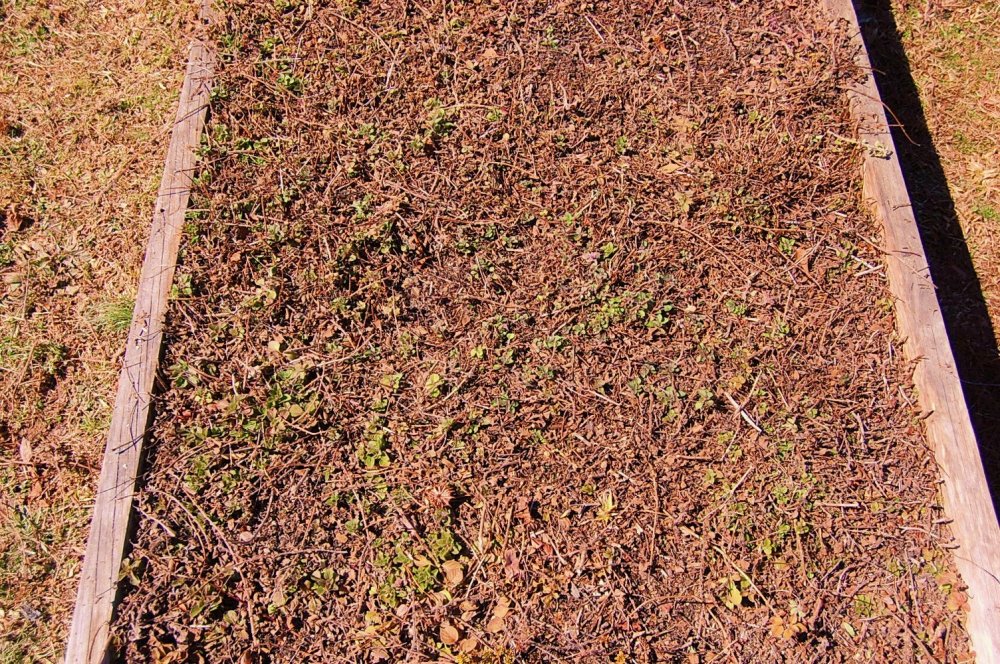 after that sat on the well enjoying the sunshine watching the robins eating worms listening to the frogs croaking and birds singing embracing the beginning of spring.

That's okay Mr. Ornery. One of these days I'll have some carrots too!

And I meant to add that your garden looks very nice and tidy. Soon you'll be taunting us again with all it's lushness.

now since they have all these colored carrots for sale orange,white, yellow, red, purple/black. how about a green one? i mean non sunburn green one.
you have to agree you do eat with your eyes as well...

I like the purple ones, and the red ones too, but the purple are the purdiest. I don't think a green carrot would be real popular, but I have to admit, if I saw a picture of you munching one in January that you had just pulled I would want one!
You must log in or register to reply here.
Share:
Facebook Twitter Reddit Pinterest Tumblr WhatsApp Email Link