Greag photos thanks for sharing

These are not great images, but I wanted to share them anyway.

We get Evening Grosbeaks sporadically, the first time they arrived it was an amazing flock of probably 40 birds! They cleaned the feeders out daily and hung around for about a week. My wallet was relieved when they took off for somebody else's feeders. Now they show up in more manageable groups of 6 to 8. 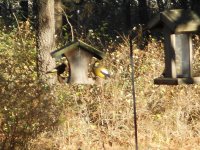 Then some weeks ago this little Pygmy owl showed up at the bird bath.
This is only the second time I've seen one. The first time was when one smacked the sliding glass door about 13 years ago. He was just stunned and we released him later that day.
This little guy had a great time splashing around while the chickadees and nuthatches raised a racket in the tree overhead. 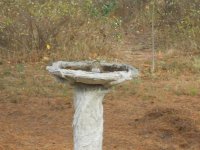 After he refreshed himself he flew up into the tree to do some preening, creating a flurry of panic among the little birds that had just been chewing him out for using their water hole. 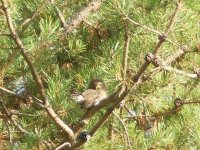 Reminds me of the eagle that tried to catch a duck one day when I was having lunch.

The duck (probably a merganser) dived in time. The eagle flew off to a tree, dejectedly. I had to leave before he had dried himself to his standards but I had to wonder if he was back after that duck later.

@thistlebloom do you ever see Tanagers? Cornell describes them as "common" but your part of the world is the only place I've seen them, and it wasn't often.

I have seen them, but only rarely. The few times I've spotted them was on our property, when I happened to look out the window at the right moment. They're so beautiful!

My BIL was able to call in a little Eastern Screech owl by broadcasting their call from his smartphone. I am gonna have to try that. They're out there, but you're more likely to hear them than to see them.

Your pygmy owl is so cute! Funny that he is out and about during the day. He must have been fooled enough into believing your birdbath really was a tree. He is pretty well camouflaged.

journey11 said:
My BIL was able to call in a little Eastern Screech owl by broadcasting their call from his smartphone. I am gonna have to try that. They're out there, but you're more likely to hear them than to see them.

Your pygmy owl is so cute! Funny that he is out and about during the day. He must have been fooled enough into believing your birdbath really was a tree. He is pretty well camouflaged.
Click to expand...

Pygmy owls are actually day hunters. They prey on songbirds by sitting still and surprising them according to Cornells description. No wonder my chickadees were furious!

Cool - Pygmy Owl is something I've never seen!! We have Western Tanagers here but I've mainly seen them up in the mountains, at higher elevations than where I live.

New bird for me today - in my yard!! 3 Common Redpoll sat in our tree for a few minutes. This species is #200 on my life list...its not that many compared to "real birders" who are out every day, but I'm pretty excited about it! I just started keeping this list last year, so I've actually seen more bird species than that in my life, its just that now I'm keeping track on ebird, which is fun! 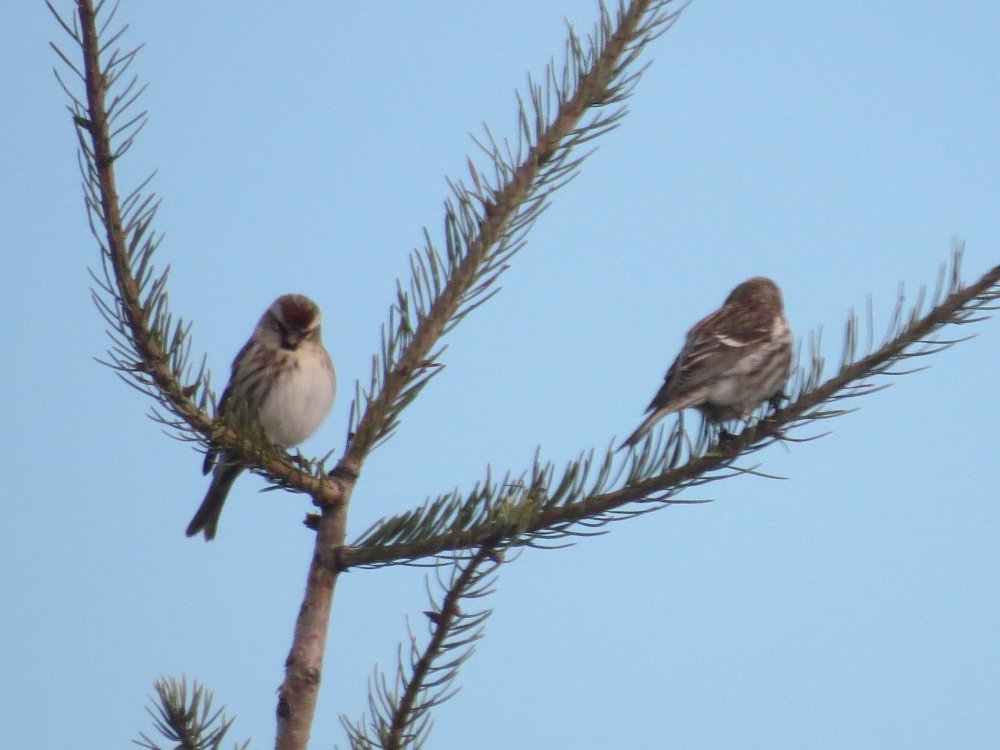 Later, we are trying to figure out what the little brown jobs are. Trying not to miss something that is just a sukoshi different or seems somehow outofplace

Steve
who has to keep an eye peeled for Redpolls, now that he has good photos to rely on