I
went to Kemp, Tx this morning, just south of Dallas. I bought a horse out of a kill pen and went and picked her up.

I’ve named her Reina, it means Queen in Spanish. She is a 12 year old Missouri Fox Trotter, Palomino in color. Looks like her mane and tail is white. Dirty and a matted mess, that will need some de-tangling. She is skinny. Bony skinny. But she is not wasted down, just needs some groceries. I know how to take care of that. 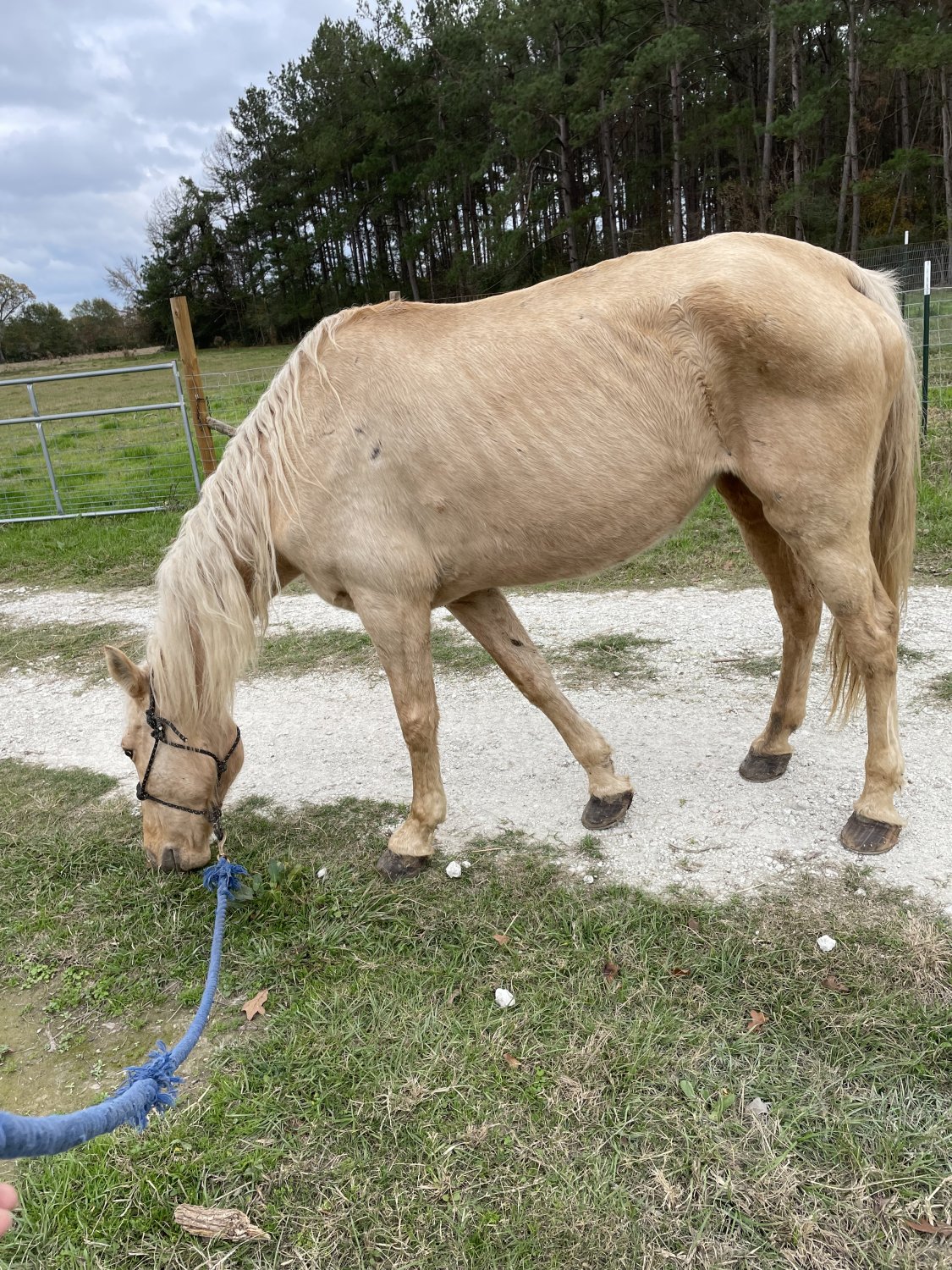 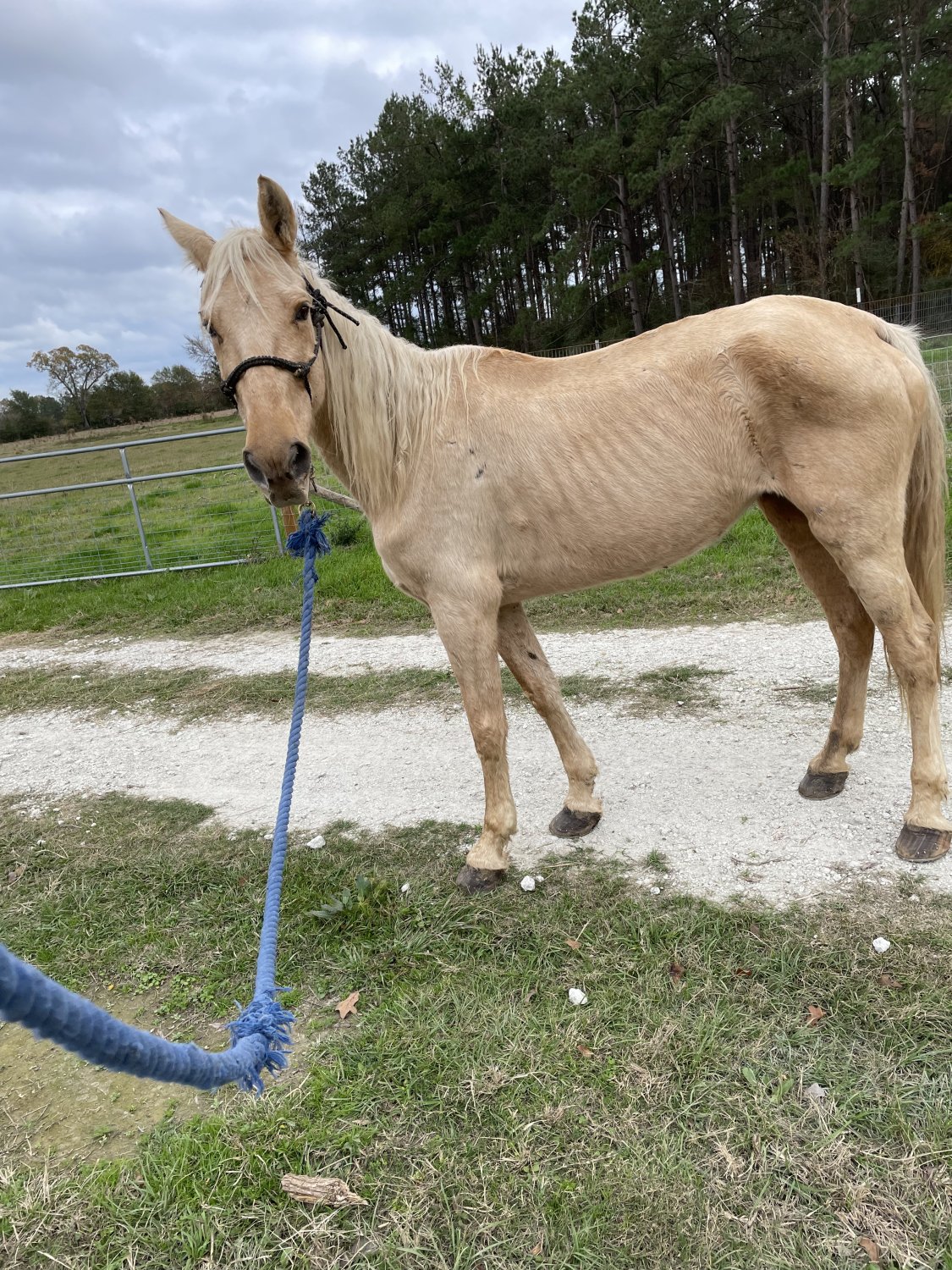 Sheba was suspicious of this intrusion and laid at the gate, growing softly. Senrty, true to his name, watched. 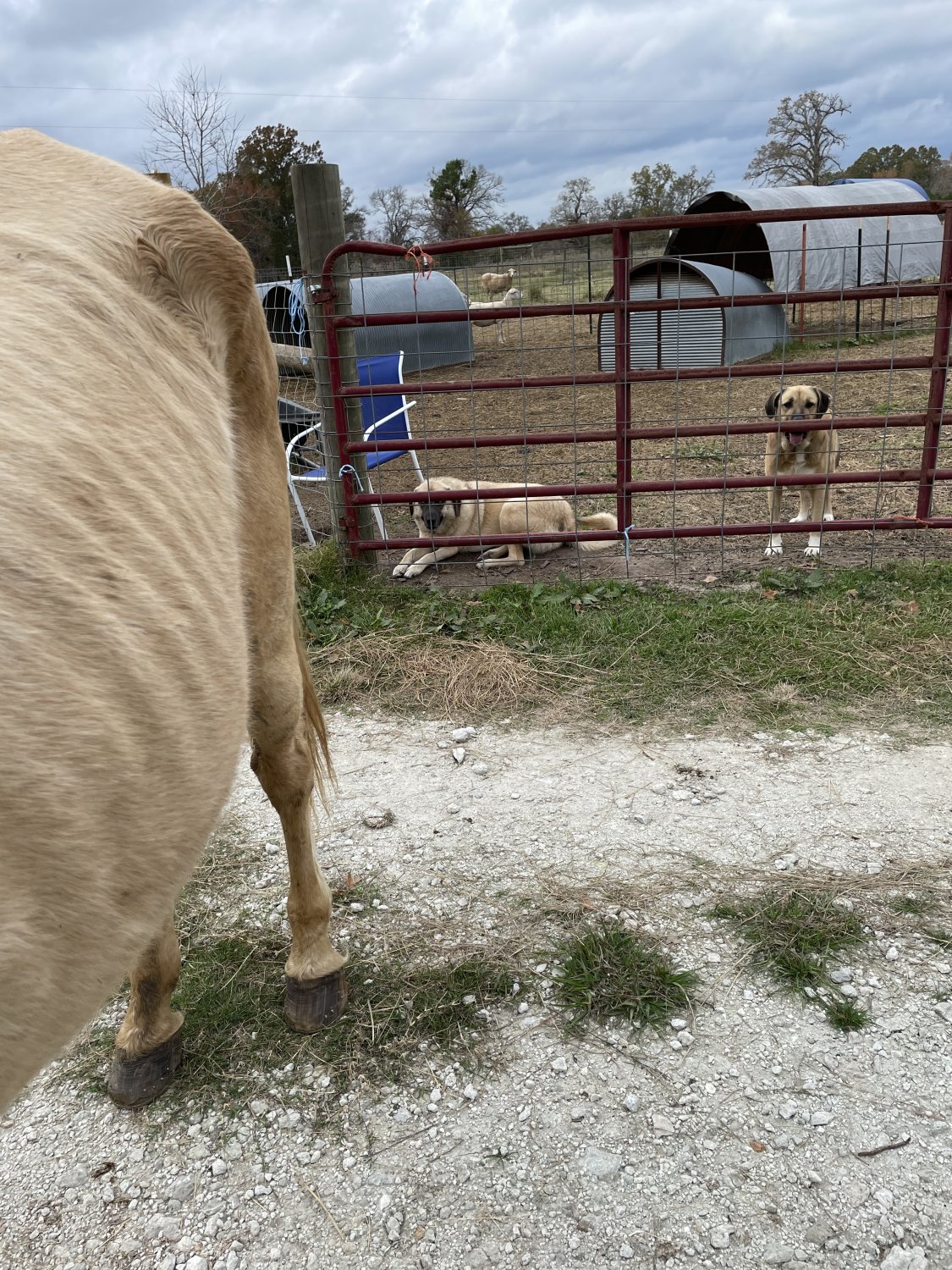 I walked her down the driveway and let her graze. 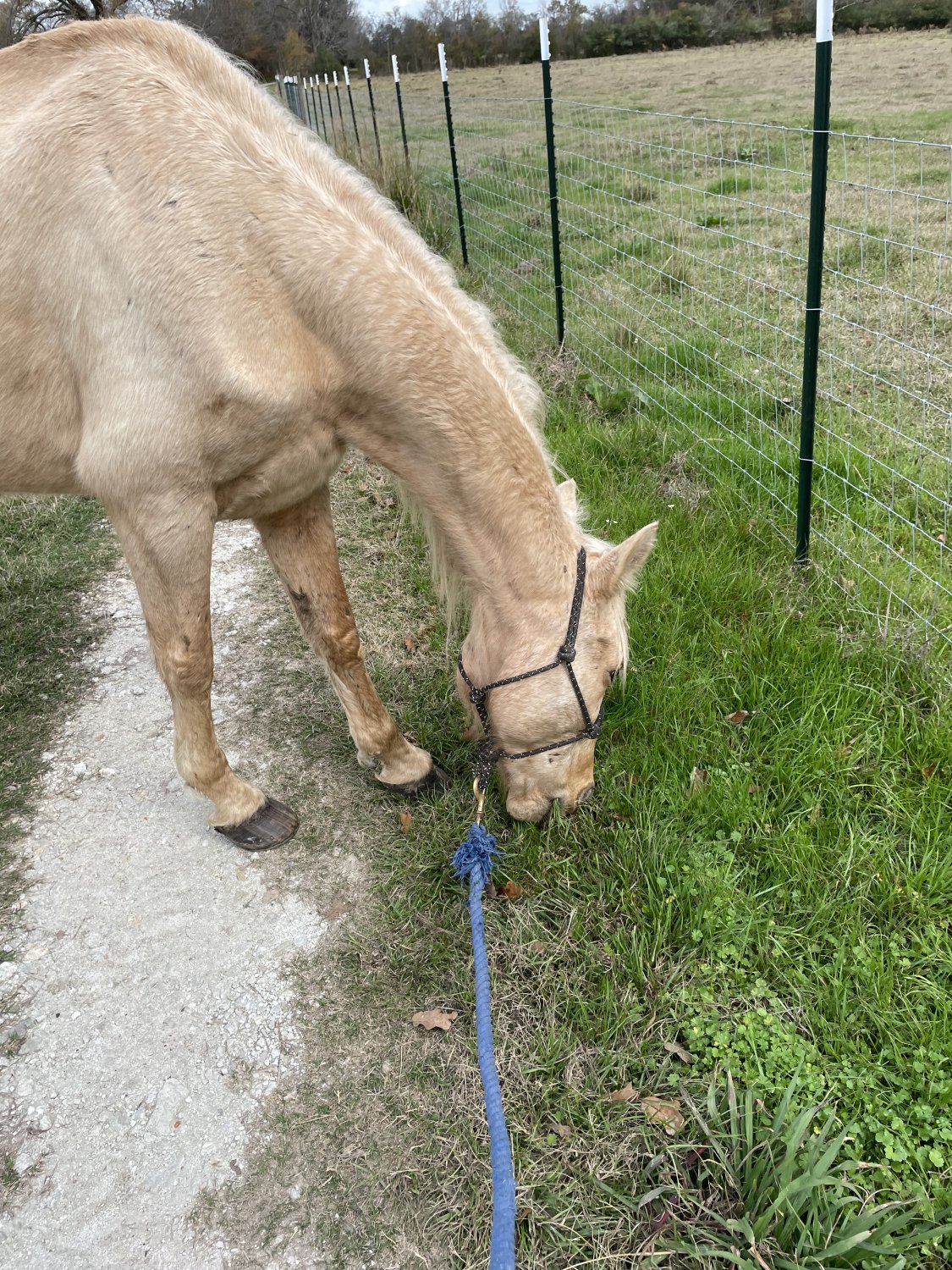 The sheep came running up. 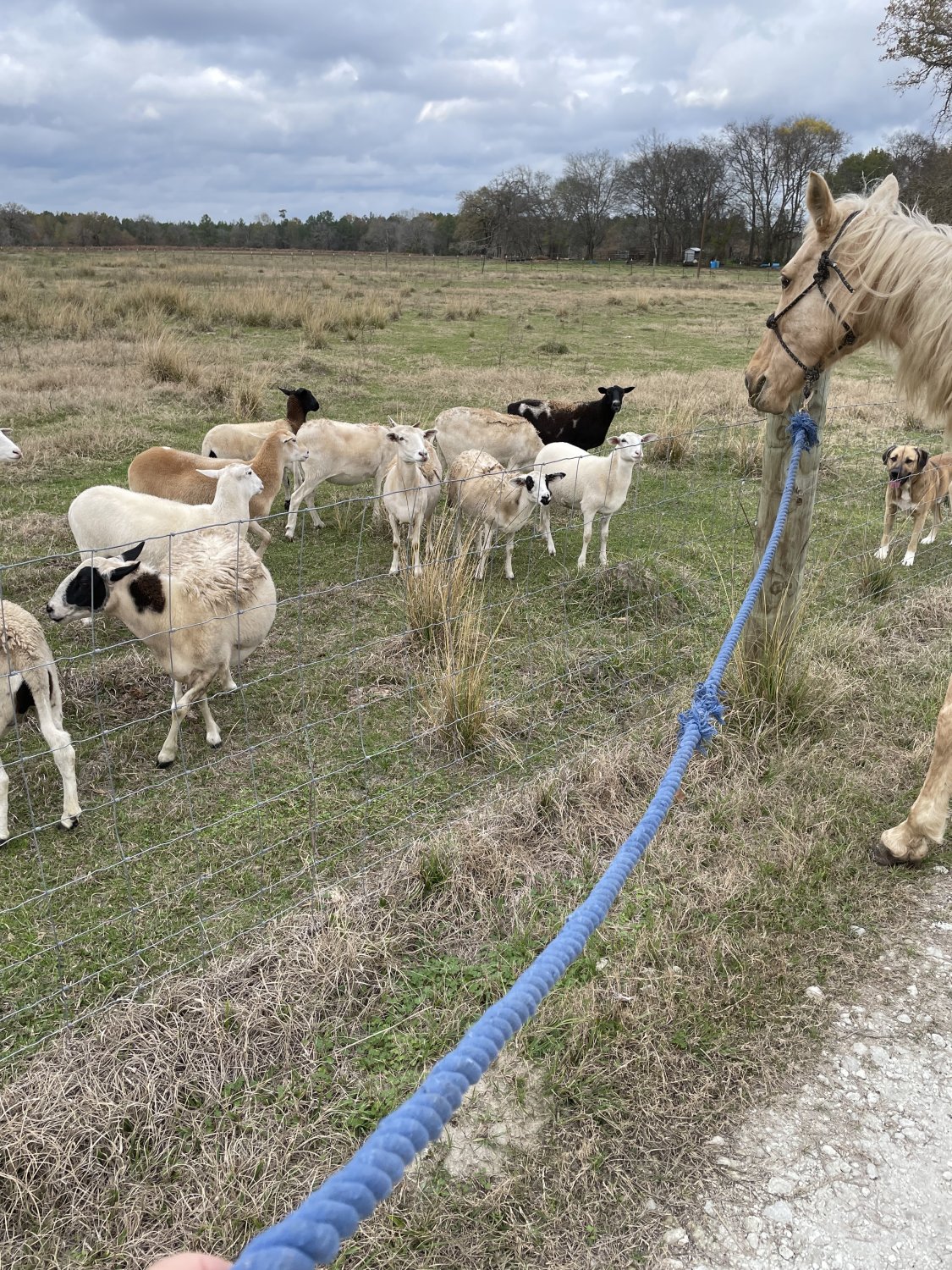 Sheba checked Reina out, then laid down. Reina was accepted. Sentry accepted her too. 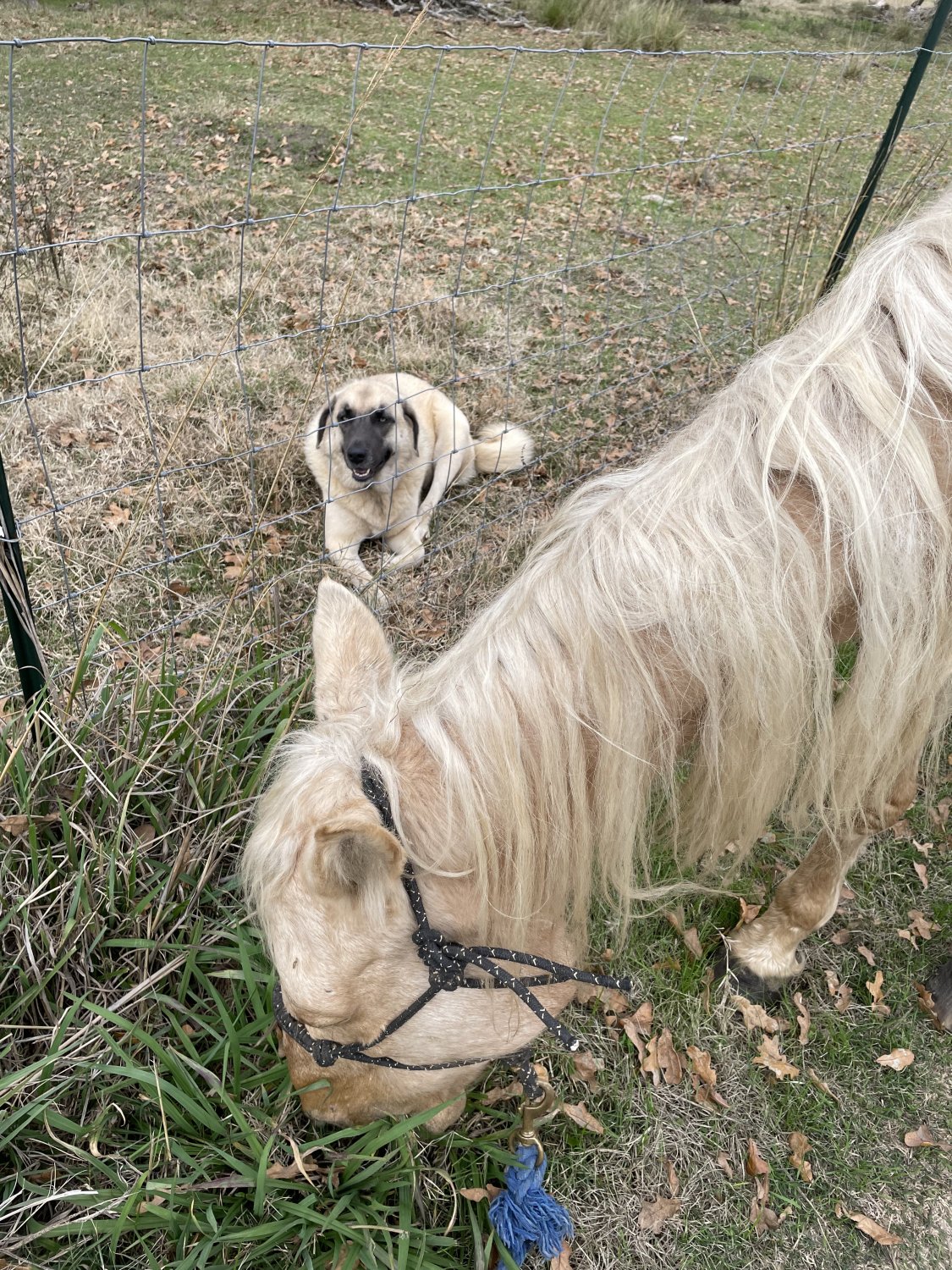 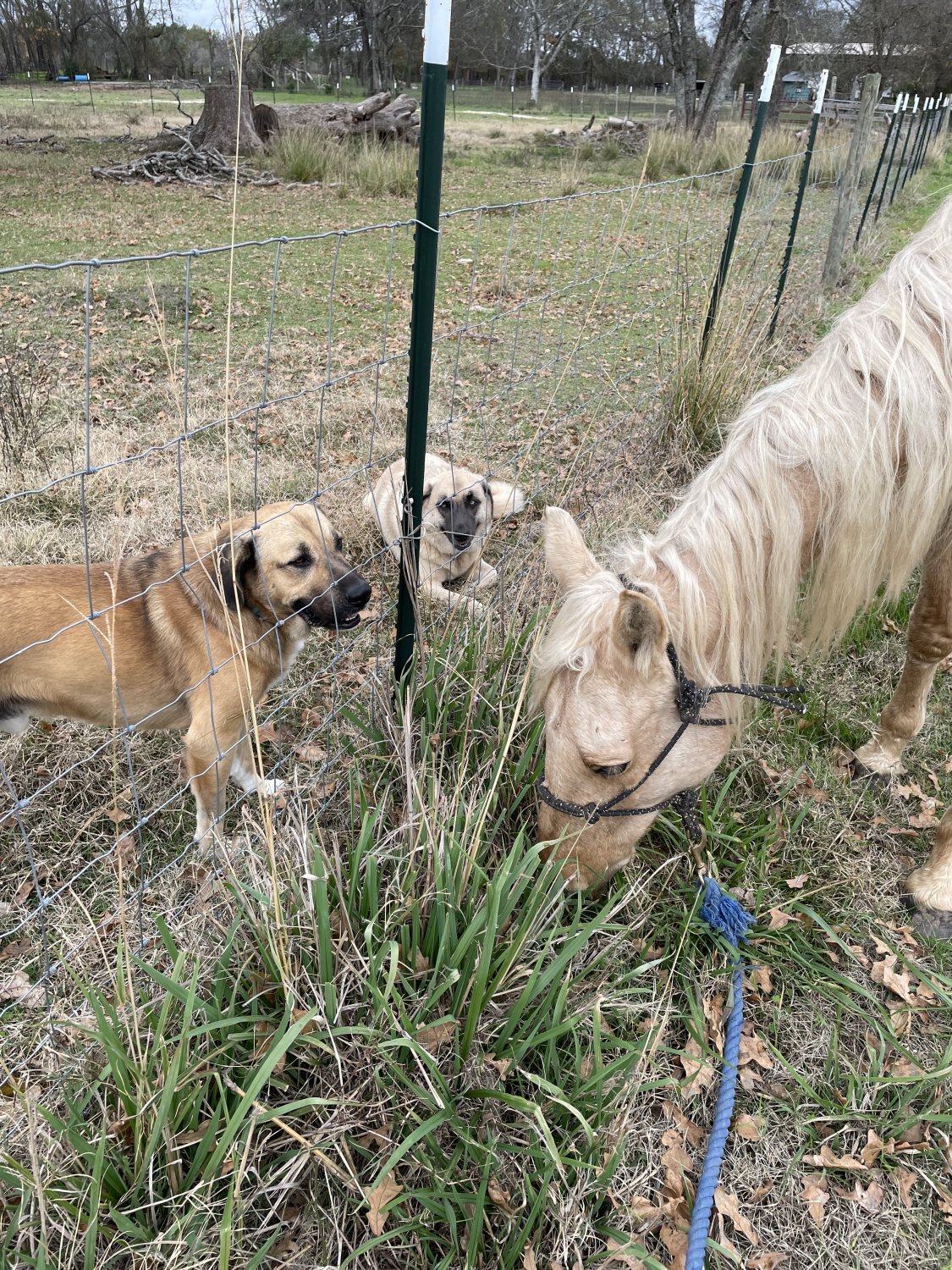 Reina is in the pen that was prepared for Cooper the ram. There is a shelter, a water tub full of fresh water and a round bale of Bermuda hay. 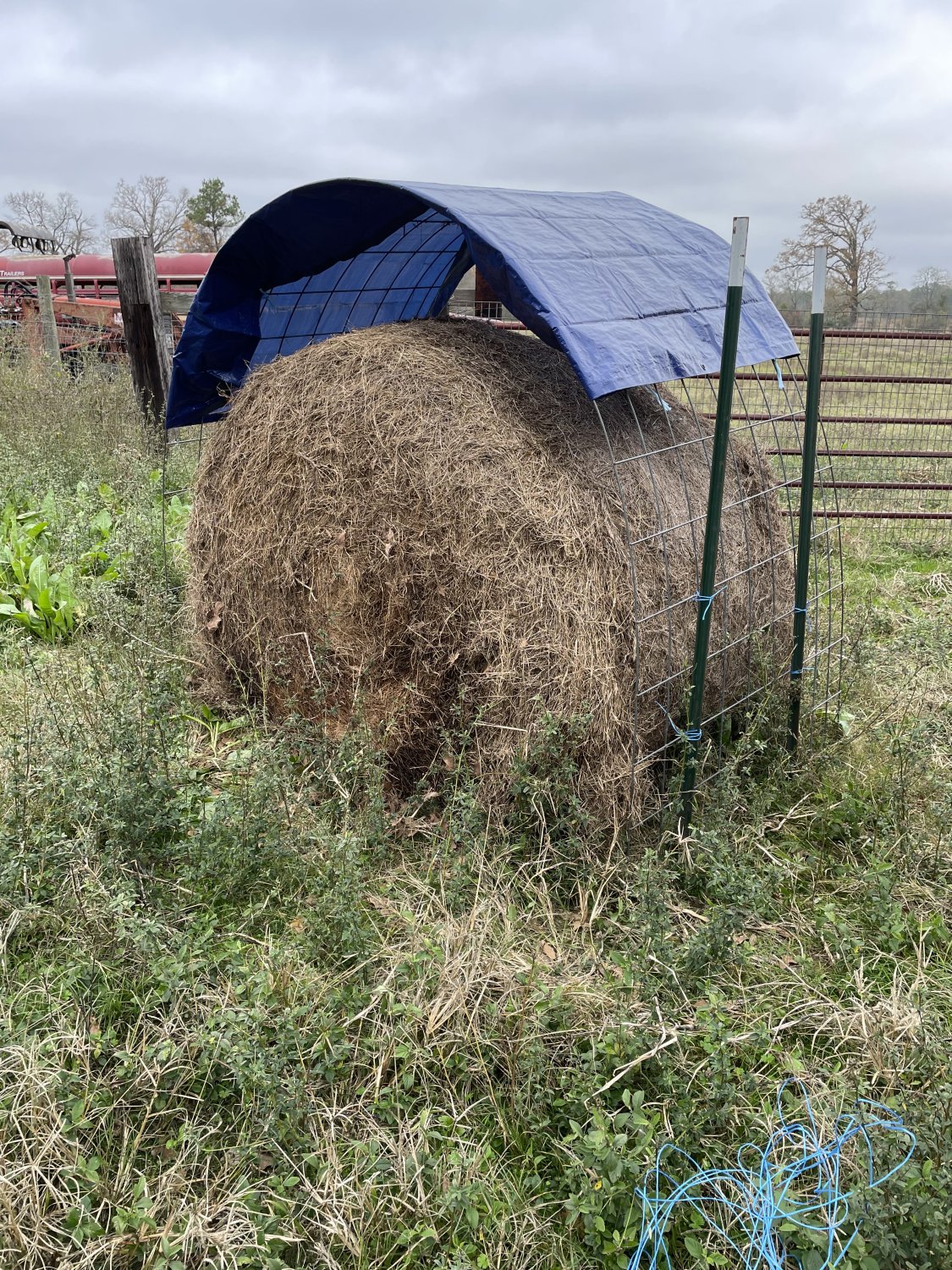 In the comments about her in the Facebook post, was that she doesn’t like to be caught. I left her in the pen for awhile, then went to feed her. I called her name over and over. Head up, ears pricked, she was interested until I got close, then she walked away. So did I. I turned and offered her a handful of feed, she let me get close and she ate it. I got the coffee can with feed and rattled it. Oh yes! She was interested! I hand fed her a little, petted her and she followed me to her stall. I fed her, talked to her and petted her. Enough for day 1.

🥰 You're the best, Bay. I love your approach with her.

Aww, you're making me miss my horse. <3 Welcome Reina.

Thanks. I missed my horses and regretted selling them but that’s what I had to do at the time. I’m back in the saddle now! Well, almost. LOL I believe Reina will be a good riding horse. She may remain hard to catch, but I’ve had hard to catch horses before, just bribe them with a little feed.

Does anyone have any advice or ideas on how to get those awful matts out of her mane? @ducks4you ?

This gal has advice, especially in the comments:

Did you know you can use simple olive oil to untangle even a severely matted mane or tail?

Someone recommends braiding the mane that has been partially detangled so that it doesn't knot up again before you can finish (if you have to do it across multiple sessions).

meadow said:
This gal has advice, especially in the comments:

Did you know you can use simple olive oil to untangle even a severely matted mane or tail?

Wonderful! I buy olive oil by the gallon! I can do a section of her mane at a time. Then we both won’t get tired of the process. It will give us some bonding time. Thanks, I’ll try this.

Reina’s coat is dull and dead hair. She has bite marks and nicks here and there from her journey of a one way ticket to Mexico. Time, good diet and care will bring it back to life. Any supplement suggestions for that?

meadow said:
Someone recommends braiding the mane that has been partially detangled so that it doesn't knot up again before you can finish (if you have to do it across multiple sessions).
Click to expand...

I’ve done that before. Need to get some rubber bands for that.
I had some, and a book on braiding manes, but I gave that to the little girl whose family bought Prince. She hugged me, she was so excited.

My gut instinct on the supplements is to take it easy until she has a chance to settle in and have some time on quality feed. Her internal organs may not be up to the task of processing a lot of stuff all at once.

I'll ask DD and DS about supplements (hopefully I can remember). DD had a rescue horse and DS works with a woman that rescues (he has a mustang from her). They're both at work now though, and not sure of son's schedule, so it may take me a bit.
You must log in or register to reply here.
Share:
Facebook Twitter Reddit Pinterest Tumblr WhatsApp Email Share Link