Not a joke but true

My door knocked twice as the rain came pouring down yet again the other day.

So I opened my door only too see my grumpy looking wet cat sitting on our doorstep rug, looking at me as if too say and about time to

How I wish I'd known because I would just have loved too have taken a picture too prove it.

I will leave you with this song 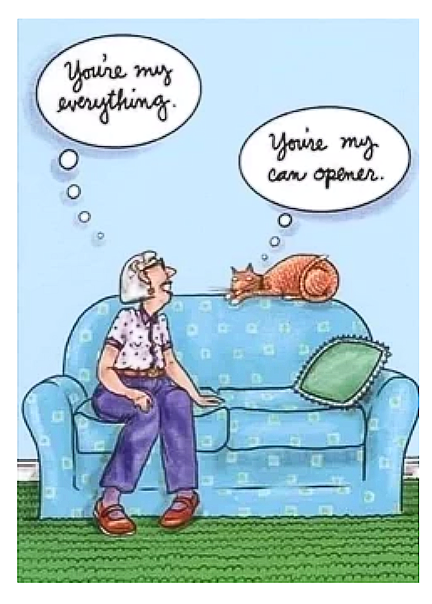 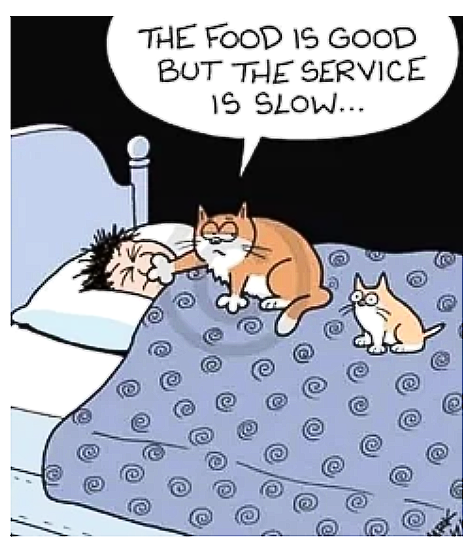 I wondering if anyone here can guide me a little.

There's been an old abandoned cat around here for months, he or she wouldn't let me near so I couldn't really help but I've been leaving food outside for months not really knowing if he made it to the dish. This evening he did and didn't run from myself or my dog. I so wanted to grab him but was afraid I'd break the trust he is slowly getting towards me plus my dog was with me and my possessive cat inside my door.

I don't have a trap but really need to get this cat somehow. I will need to keep him from my cat until he's been checked by a vet as I'm afraid that he may have some disease or whatever. The pdsa are a problem as they only see pets in their catchment area so hopefully I can find some charity that will help. I do have a cat carrier I just wish I could put a spring on it.

Anyone with more knowledge of cats than I have please share as I would really appreciate any pointers.
Click to expand...

If you haven’t gotten him yet I have two ideas you might try.
1. Placing the food bowl closer and closer to the door and eventually farther and farther inside the house and then just close the door on him. This is how we have trapped most of our strays.
2. See if there’s a rescue that might help you trap him. Some might even have the supplies to test for common diseases on the spot if you find a well funded one.
3. Ask if a neighbor or family member has a live trap they could let you borrow.
Best of luck catching him!

Artichoke Lover said:
If you haven’t gotten him yet I have two ideas you might try.
1. Placing the food bowl closer and closer to the door and eventually farther and farther inside the house and then just close the door on him. This is how we have trapped most of our strays.
2. See if there’s a rescue that might help you trap him. Some might even have the supplies to test for common diseases on the spot if you find a well funded one.
3. Ask if a neighbor or family member has a live trap they could let you borrow.
Best of luck catching him!
Click to expand...

It's impossible with living uphill there's steps and a gate with a very possessive cat. Which I would have got around if only I could catch this stray . I haven't seen him in weeks

There's no room in my home to keep a trap or I would buy one plus someone may take the trap because I would have to leave it on the pavement.

These neighbours as good as they are only think of their pets and family they wouldn't help even if they had a trap. They think I'm strange trying too help him at all

Another reason is everyone's constantly in a rush these days myself included, its one thing after another like we have all been put on fast forward.

Thank you for your consideration. It's good to know people care ,I just wish these neighbours cared too.
I hope we get some new folk move into our area one day that look out for other creatures not only their own pets and theirselves.

Last summer in the blazing heat I'd see my neighbours look over at this poor creature while they are eating and drinking on the front of their homes, telling me I'm silly too put water out because they wouldn't and certainly not food.

I lost my patients with them at one point, someone had taken away this cat food I left. I loudly said how mean this was and I hope whoever did this loses their home and feels as hungry and afraid as he did.

How I wish they'd wake up and try too understand how it would feel outside in the heat and cold with nothing and no one that cares.
Last edited: Oct 26, 2021

It's still a little windy here with this damp drizzle rain. Nevertheless I put some cat food out at the bottom of my wall in hopes this little old boy has survived and will come looking.
I mixed in some cooked freekah, which is good for the tummy plus fresh sardine then chopped in a little oil cooked courgette.

If he has now passed on there are plenty of strays that will love this. They like veg and fruit and you can always tell when a cats eaten the food because they always leave a tiny bit for the next stray. Mine did exactly the same when he was out there in the heartless world.

This cat and I understand each other, we have a bit in common, well quite a lot in common actually except I'm what's known as a human and he's of the feline species . 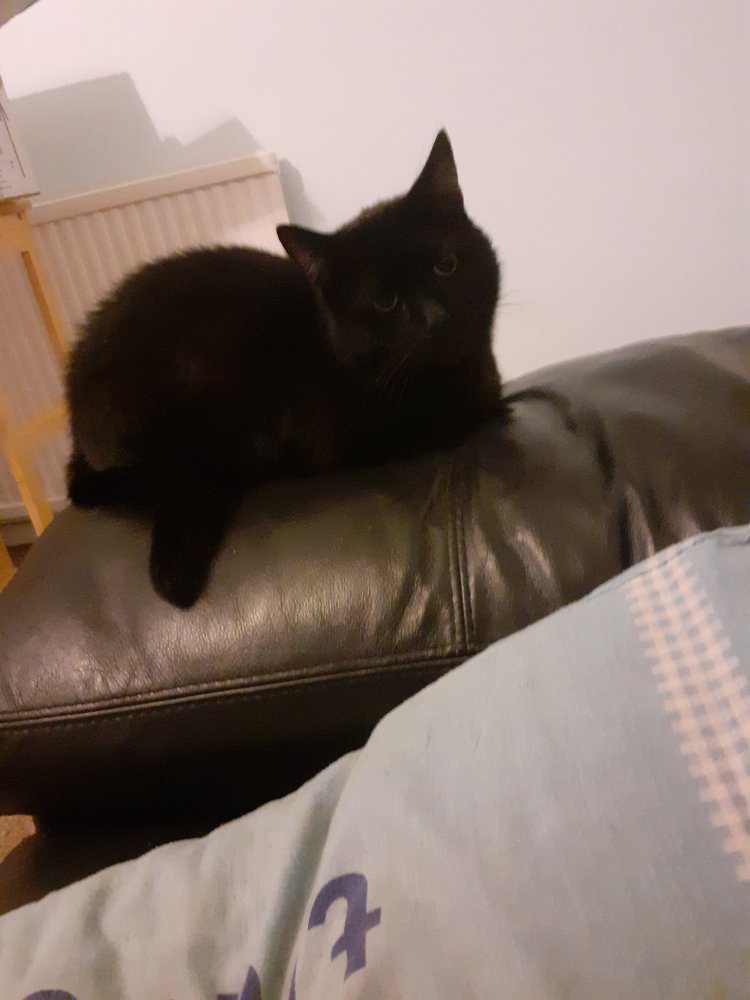 I told my cat that I would teach him to speak English. 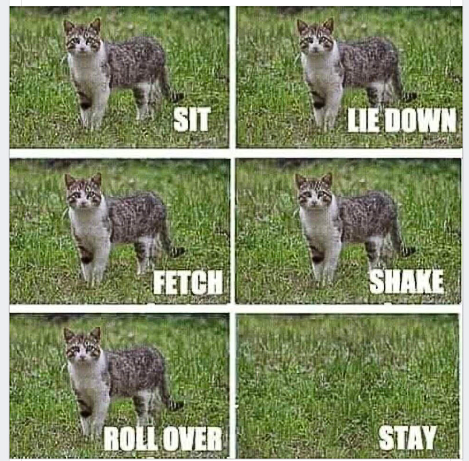 We are Kitty sitting Coco Puff while son is out of town. (Safe to do so now that the cat hating dog is gone.) Here she is , I will get better ones later this weekend, I am sure. She is photogenic 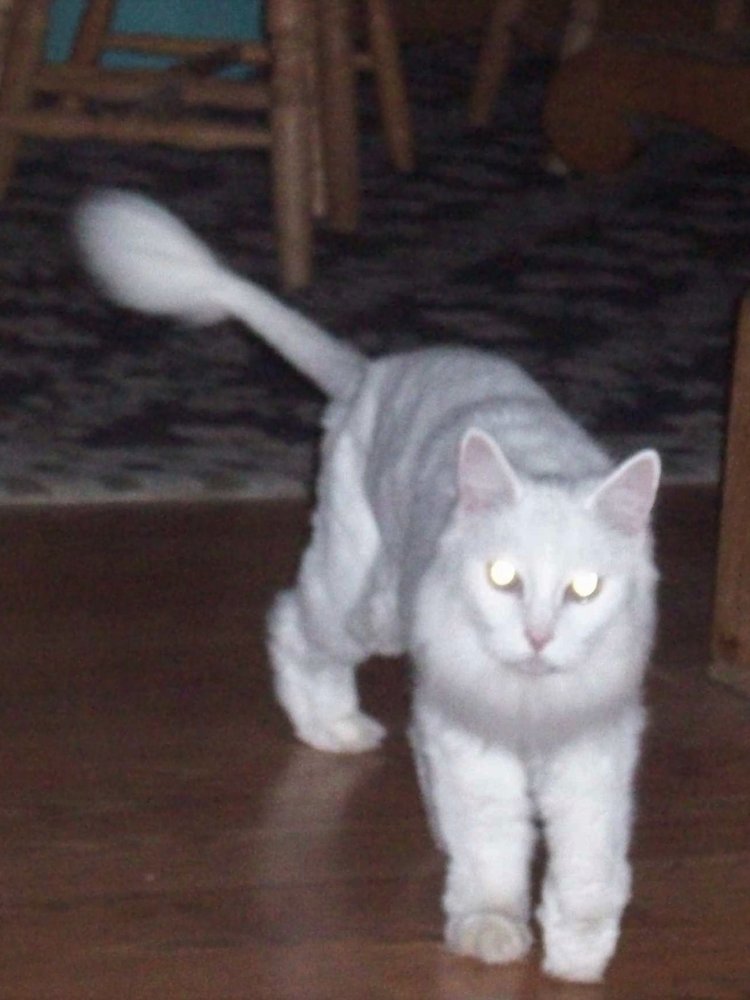 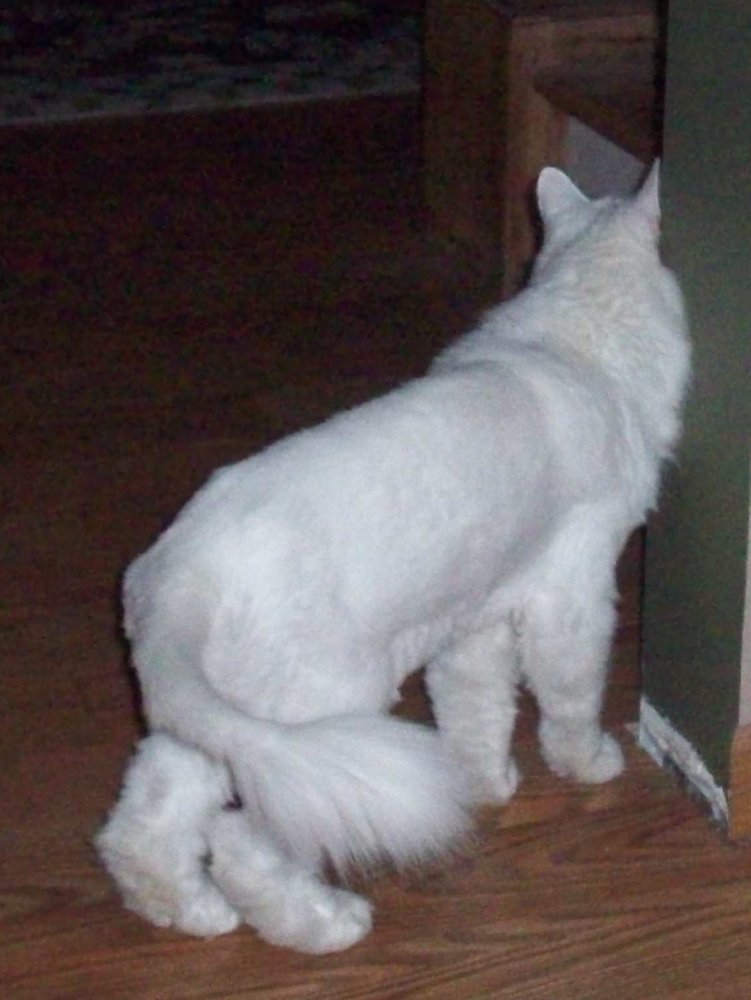