cinder blocks just aren't likely to last long used like that if you are in the north country. solid blocks will work better, but still as an edge they aren't that great.

Hehehe. Definitely a noob, but I did a *TON* of reading (and taking classes) after last year's last-minute garden. As mentioned, the NC Extension Service has an insane amount of resources online. I'm not exaggerating when I say I probably read 30+ minutes of gardening/composting related stuff at least 5 nights a week from around September 2018 until February-ish 2019. And I'm sure the insane amount of homemade compost added to the soil is helping.

The cinder block idea was one of many things I read from some or another resource. I wasn't planning to do it, but then when the kids asked for their own gardens well after I was already deep into working the budget, it made sense to go that route, as they're FAR less expensive than any other raised bed option--a little over $20 for the 48"x64" beds I have. I'm not handy or patient enough to attempt to build my own.

I had a salad yesterday at lunch with all the greens coming straight out of the garden, and could taste a difference. The 10-year-old harvested some of her spinach and my wife sauteed it for her. She absolutely *devoured* it.

Pic below is from earlier today, of the squash and zucchini. 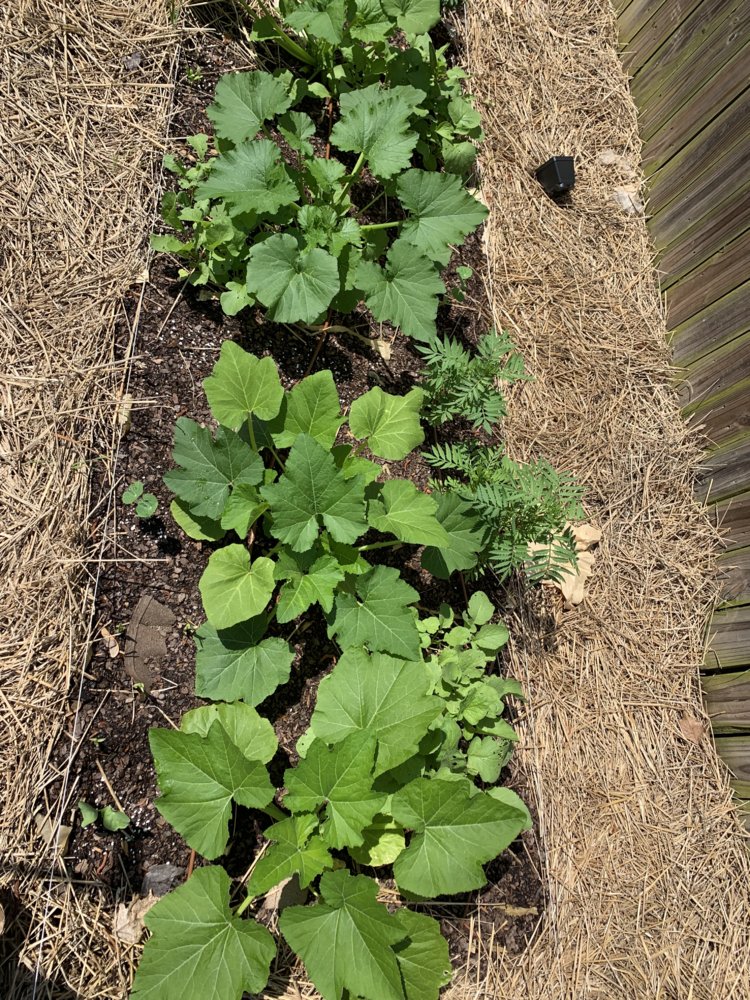 The squash and zucchini are starting to form, so I sprayed those plants with neem oil and surrounded the ground around them with Repels All. Keep away, groundhogs and squash bugs!!! (There are also white icicle radishes, nasturtiums, marigolds, and garlic planted nearby as companions.)

THe cinder blocks on my property last quite awhile, unless they sit out where the horses can beat them up. I just moved one today that was holding up a piece of plywood to block the winter winds underneath my chicken's coop.

The garden seems to be experiencing some rapid growth this week. It has been in the mid to upper 80s the last three days, with lows in the lower 60s. I’m assuming that’s playing into it. Couple of pics from today: I’ve got several little squash like the one pictured below, and the broccoli is starting to form. 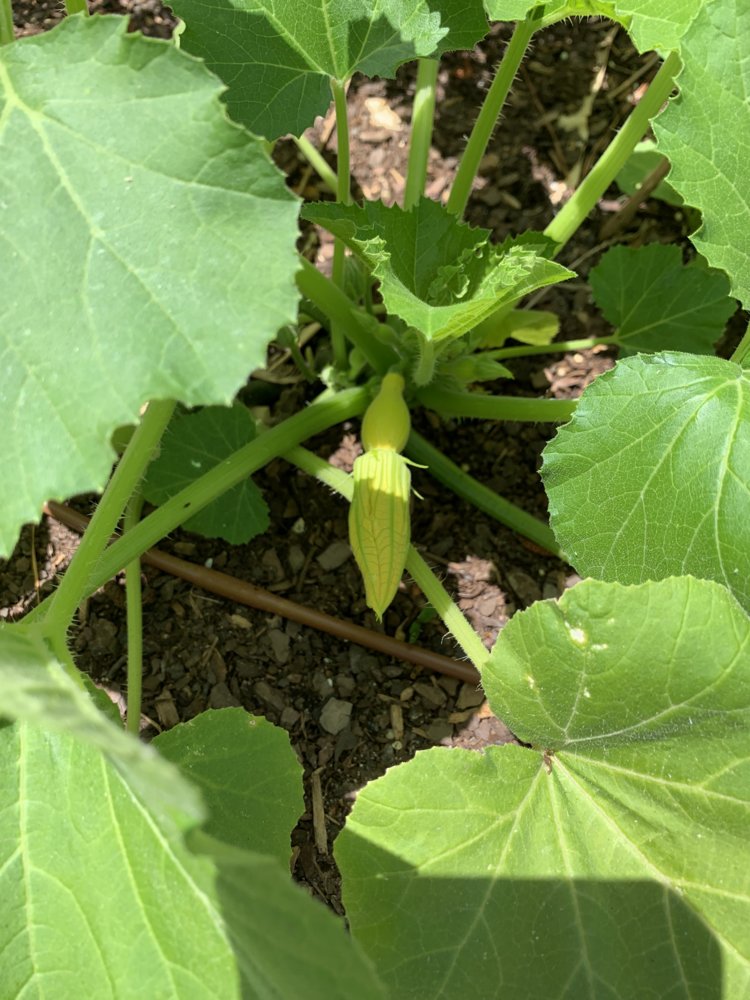 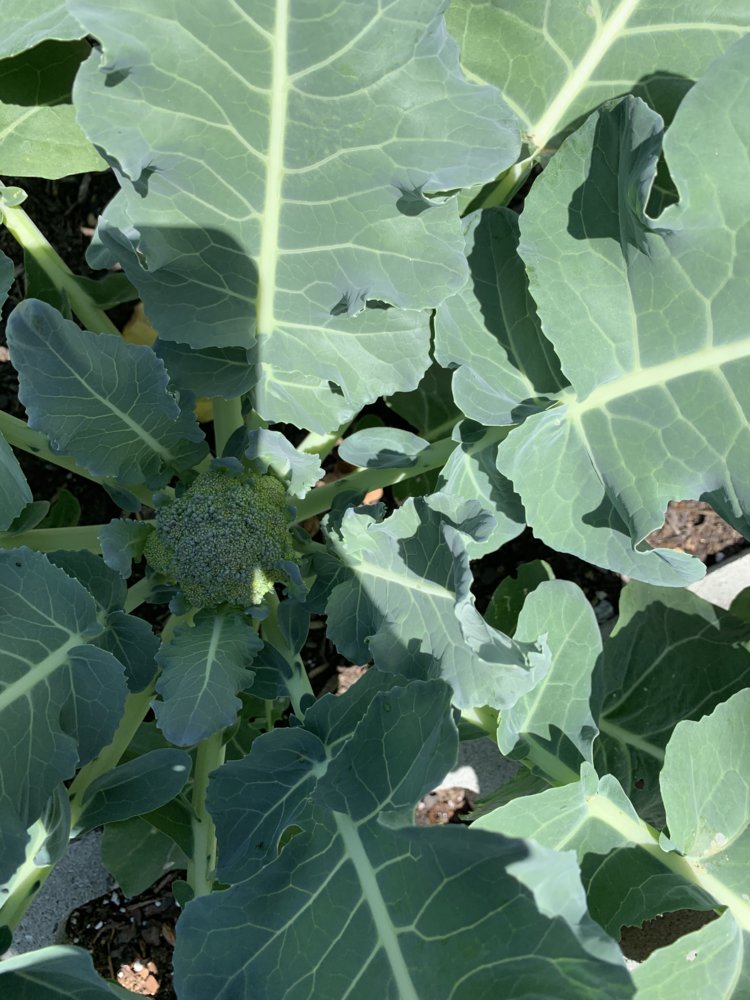 LOVE your broccoli!! I have broccoli starts on top of my fridge. They are so tender I almost don't want to put them outside yet. Guess I will admire yours, instead.

You'll be eating squash in a couple of days. it's amazing how fast they grow.

Broccoli is a bit tricky. You want to get it before it starts to flower so watch it closely. Sometimes those heads get huge, sometimes they stay small. But don't take the plant down too far when you harvest it. After you take the head the plant will send out suckers at the leaf nodes that will make small heads so don't take too many leaves. Different varieties produce more suckers than others. I typically freeze most of the first heads for winter as it's too much to eat fresh then eat fresh broccoli from the suckers for quite a while.

Broccoli (x2) and lettuce pics from a few minutes ago from the kids’ gardens. Theirs are just absolutely exploding. 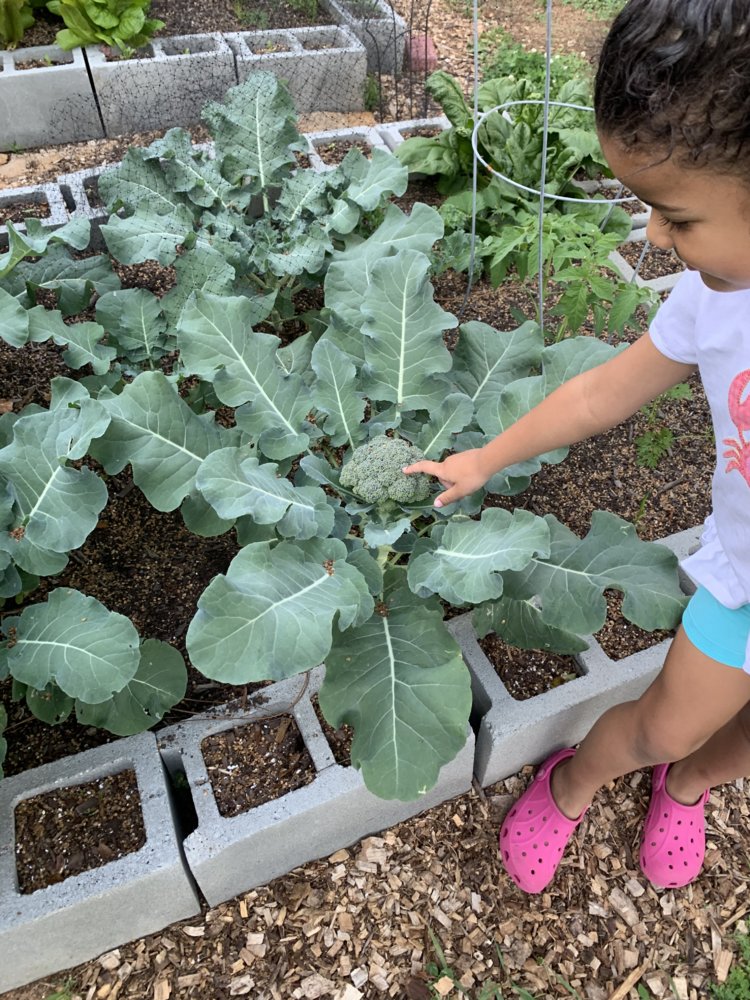 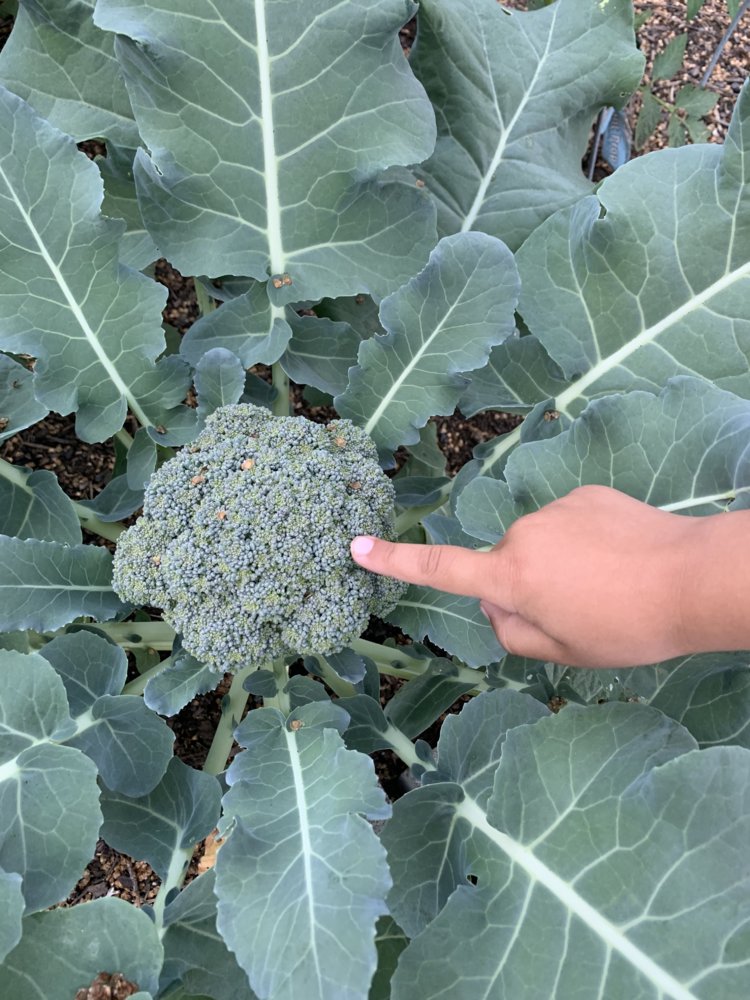 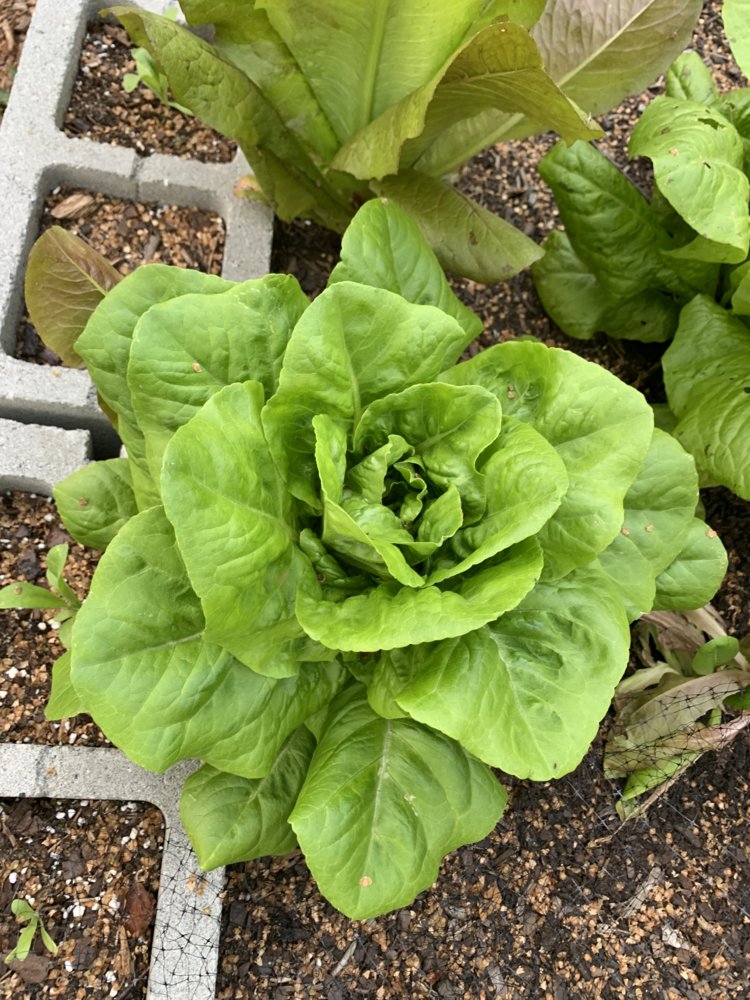 I bet it will be easy to get the girls to eat their vegetables!

Very nice. Your little one has the same crocs that I have! haha