Cherry tomatoes are the BEST!! You can pop them in your mouth like candy, without the guilt.

That's a whole bunch of cherry tomatoes! I ran a bunch through a food processor once, then poured them out on solid sheets in the dehydrator. The tomato flakes were good in soups, crumbled over salads in winter or just a snack. 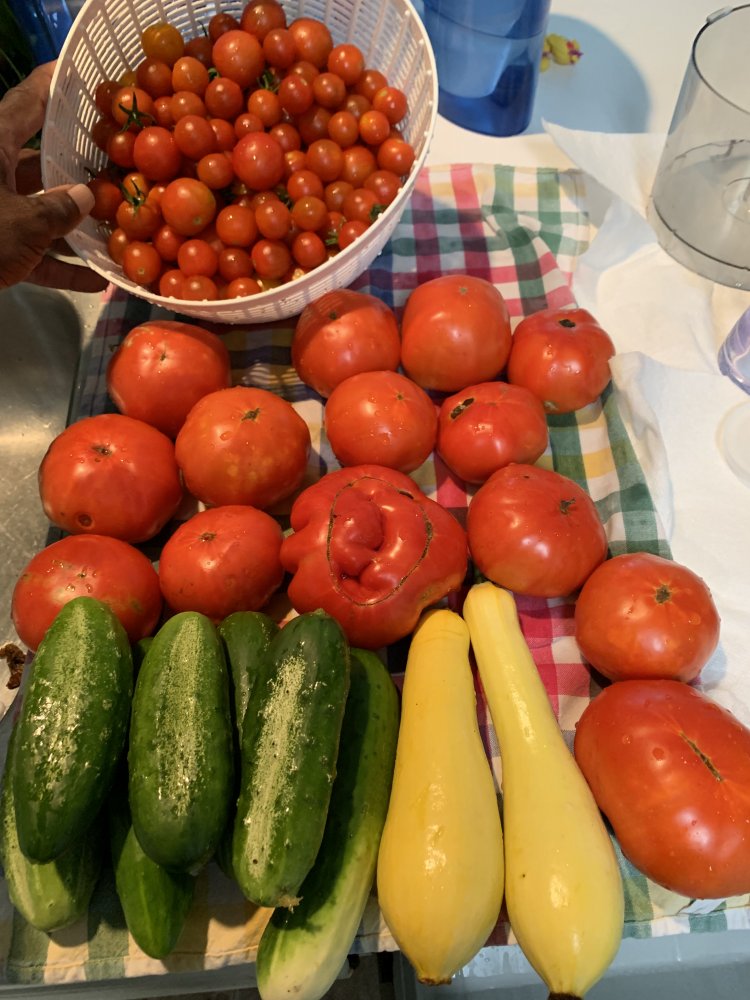 Do you know where his entrance is, den?

Boy, I hope that you are canning or freezing. Next winter you will thank your past self.

seedcorn said:
Do you know where his entrance is, den?
Click to expand...

Pretty sure it's well under my storage shed.

Several dozen cherry tomatoes per day are being harvested now. My wife is going to roast a ton of them and make/freeze sauce.

when we were finally far enough along with the larger tomatoes to can them we'd just throw the cherry tomatoes in the batch too, when making juice they were a sweetener but lacked a lot of the umami flavor that we wanted in the juice so they were not good plain as juicers. being too small to bother peeling that was the better way of dealing with them. oh, and we needed a finer mesh on the food mill to catch the seeds.

since there are only the two of us here we can't keep up with a single cherry tomato plant so we just put in the larger ones instead.

sorry about the groundhog problem, they sure can be pests! we have a large number of them around us and only thing that works reliably is a good fence (they can't dig under). when we were trapping and moving them we could live trap them using the black oil sunflower seeds (in a small bread pan that fit at the back of the trap) - we'd set the trap early in the morning (before too much light) and leave it all day until dusk. otherwise we'd get raccoons every night... it did work. i quit counting how many years ago...