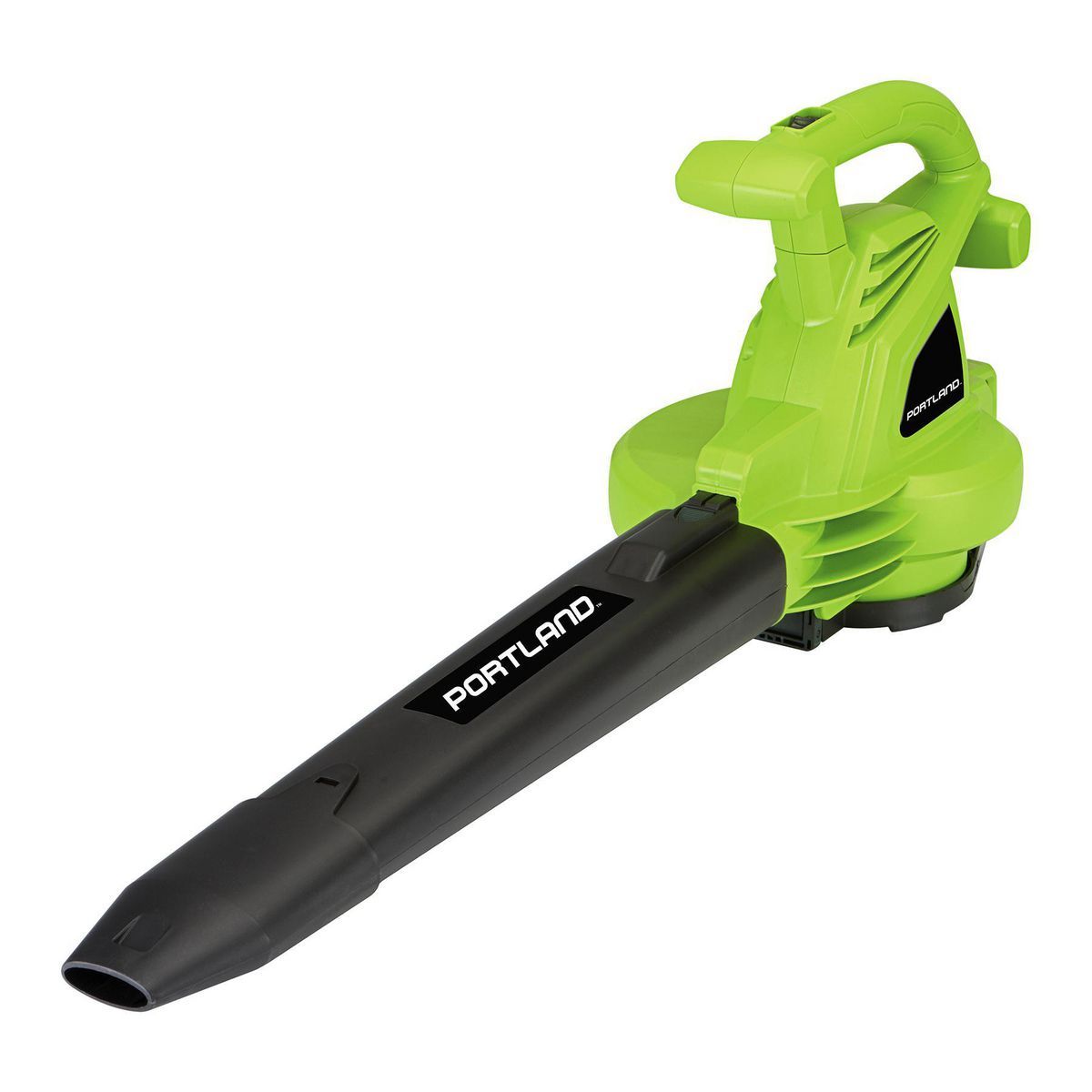 I have one from WORX that is supposed to either blow or suck up and mulch into a catch bag.
I tried the mulch feature once. It clogged up as fast as it sucked up the leaves. I thought that maybe it was the bag attachment so I took that off thinking I'd just suck them up and let the mulch fall behind me.
Between me waiving it around in front and the force that it was expelling them out the back, I'm pretty sure I looked like I was walking around inside a mini tornado... and not a single leaf got mulched.
I haven't found much of a use for it since. It doesn't blow hard enough to take down cobwebs WAY up in the barn roof....

GottaGo said:
Someone raided my Vanilla Caramel creamer at the office (again)
Click to expand...

I sorry @GottaGo I love Vanilla Caramel creamer. I should have asked and I will next time and if you want to use my White Chocolate Peppermint bark creamer go right ahead.
I have an electric blower/vac for my leaves, don't know the MPH on it but it can move other stuff that's on the ground besides leaves and pine needles/cones. I haven't figured out how it vacs though but when something is given to you you don't look a gift horse in the mouth. I prefer to use the electric stuff seeing how I personally think they are more lightweight than the gas powered equipment. Last Oct we bought a push mower from an auction ($60 instead of $200+) that has a bag on it, the only thing we need to do is get the blade sharpened before the mowing season gets here this year and the way Mother Nature has been here lately is CRAZY

.
Have a wonderful blessed Saturday and a very productive weekend!!!

Good Day, TEGardeners. Up late for me. It's like I'm a part of the labor force and sleeping in on a weekend .

Thinking just a little about joining a forum but it will take a little more exploring to find the necessary enthusiasm. English language. It's not something that I have much expertise in. (And, you see that by tthe mystakes in my posts .)

For a couple of years, I volunteered as a tutor for families who were learning English as a second language. Then, I was in that kind of an online forum for people needing help. Many of those were people asking questions from outside the US; they were taking English classes. I never went beyond the required classes in school and was outshined by others who really understood the nutz and boltz of the subject.

That was okay with me but it limited my participation to where I finally dropped out of that informal tutoring forum. Still ! I'm a little better than average in Wordle and best DD in Wordiply 🤭 .
Steve

I try to catch the cobwebs in the loft right after I get my load or hay and straw. On the first floor it's only 10 ft high, so easier to reach. I use my 2 step mounting block to stand on bc it's very stable.
The cheapo blower worked very well when DD borrowed it for leaves.
They have a 1/4 acres plus corner lot.

I'm sorry for your friend @Gardening with Rabbits . Stubborn old ladies (or gents for that matter) are not in their right mind when it comes to their health.

This is why I MAKE my hubs go to the Dr and I go into the room with him so that I can "hear" what is being said.

Good Morning everyone! Happy blessed Sunday!!! Coffee is made and it's hot so come and enjoy!!!!
Now that I'm all caught up on the news here and on SS and OH NO my favorite cup has a big hole in it (IT"S EMPTY bc I drank it all) going to go wash a few dishes and get a Boston Butt started in the crockpot for tonight's dinner while figuring out how going to give 5 dogs (only have 3 crates) baths seeing how they all need it.

Good MONDAY Morning all!!! Coffee is made, it's HOT so just be cautious.
The dogs didn't get baths yesterday seeing how FH said they can wait a few more days which in turn means I WILL HAVE TO FIGHT WITH THEM ON MY OWN IN ORDER FOR THEM TO HAVE THEIR BATHS.
The Boston Butt (pulled pork) turned out really really good, served brown rice, carrots and ciabatta rolls. FH is taking a bowl of leftovers for his lunch and I'm going to save out enough for tonights dinner then freeze the rest so we can have it again at a later date.

Pumpkin pie will be for 2nd breakfast. Four at once was a little too, too many to make yesterday. I have gone back to filling the crust before putting them in the 425°f oven. The rack isn't flat while trying to fill them with the oven door open. Either way, there is still the danger that I'll slop filling out when trying to shove them in! Four pies multiply the risk x4. Lucky to make minimum problem, yesterday.

Thinking about the written/spoken word this morning. We can imagine and respect someone with a broad vocabulary but, have you thought of the etymologists? They have the vocabulary but also some knowledge of words, not only in other languages but, languages no longer used!

We have good reason to appreciate @Phaedra , not only for her gardening and photographic skills but for verbal/written language skills. I can come up with excuses why I don't have these but the knowledge of etymological origins and connections of my own language - what is my excuse there?

I meant to post this yesterday and got side tracked. HA!