Dog: I got the ball Zzzz
Cat: So what I'm getting the mouse Zzzzz 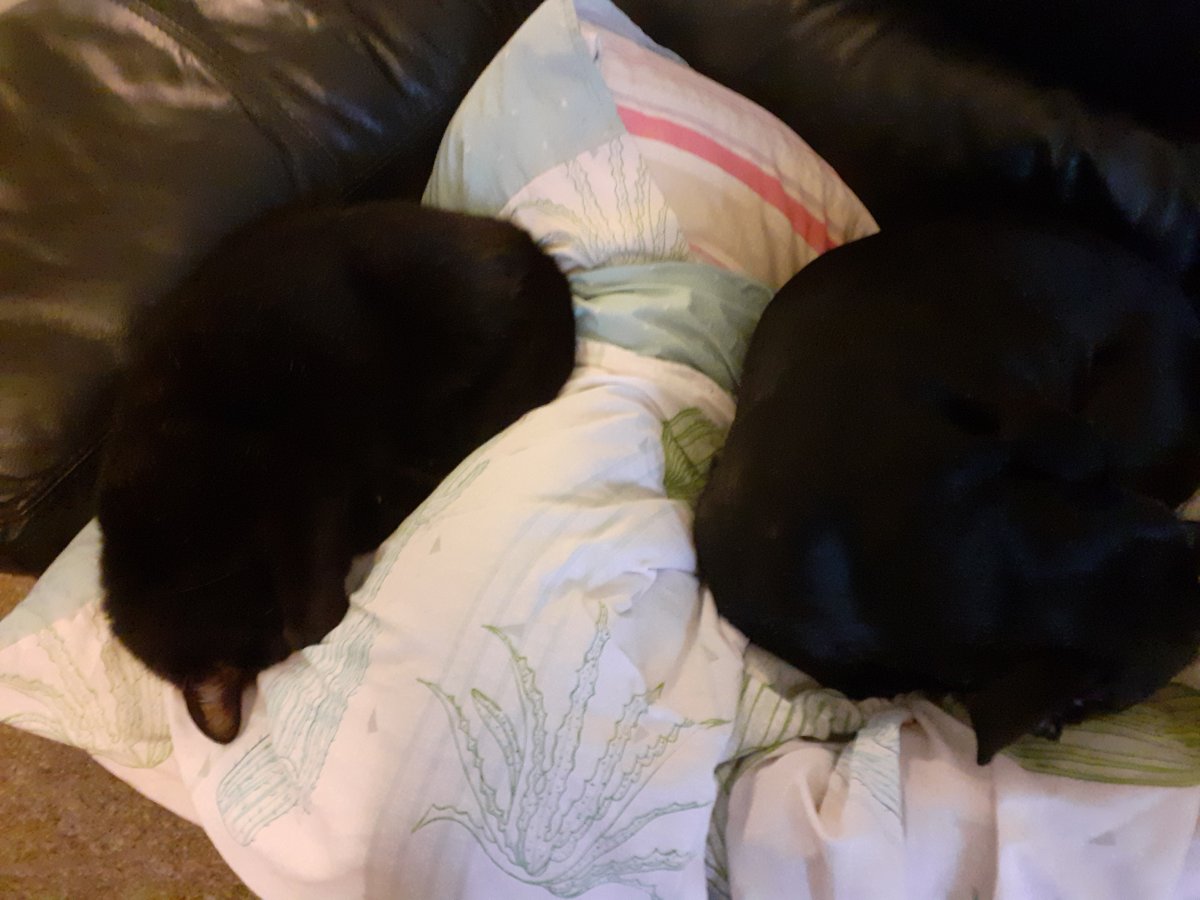 flowerbug said:
all the dogs we had except one loved the water. one was a golden labrador and the other was a black lab and pointer mix and she would actually dive for rocks if you threw one in the pond and she'd find it and bring it back. she also loved chewing on rocks.

the german shepard we had didn't stay with us long, it kept running after semi-trucks and got hit the day after we finally got him to learn how to go up the stairs. poor doggie, i didn't even know it was chasing those trucks until after it got hit and then my brother told me. if i'd known it was doing that i'd have been keeping more of an eye on it. he was a nice dog and sure didn't deserve that sort of end.
Click to expand...

One of Eva's relatives got hit/killed by a train bc he wandered. They use my Vet and bought another one.
(Joe Biden screwed up HIS 2 GSD's bc he is too CHEAP to hire a trainer!!!! pfft...) HE is on GSD #3.
WHAT a great example!
I have no respect for any dog or horse owner who gives away the animal they didn't bother to train and THEN gets another one.
I TOTALLY understand the new mom who really cannot train the dog and raise the child, and gives the dog away to a home that wants him/her.
Training is SOOOO important!
DD (Asst SA) is dealing with a case of 3 dogs who have been getting loose and have attacked nearby lambs, killed 2, and tore up another (which was euthanized.)
Guess the breed?

Golden Retrievers.
We ALWAYS get puppies and train them to:
1) not kill cats or put their mouths around cat's necks
2) stay on the property (gee whiz, isn't 5 acres eNOUGH for any dog?!?!?)
Crates are worth what you pay for them and your dog OWNS his/her crate, and will willingly retreat to it.
Best punishment? Isolation.
Eva won't climb the loft stairs in my barn. Steeper than in the house where she runs and up and down them.
We intend to have a 4 person crew this summer and drag her 85 lb frame up and down the stairs until she likes it.
She will... 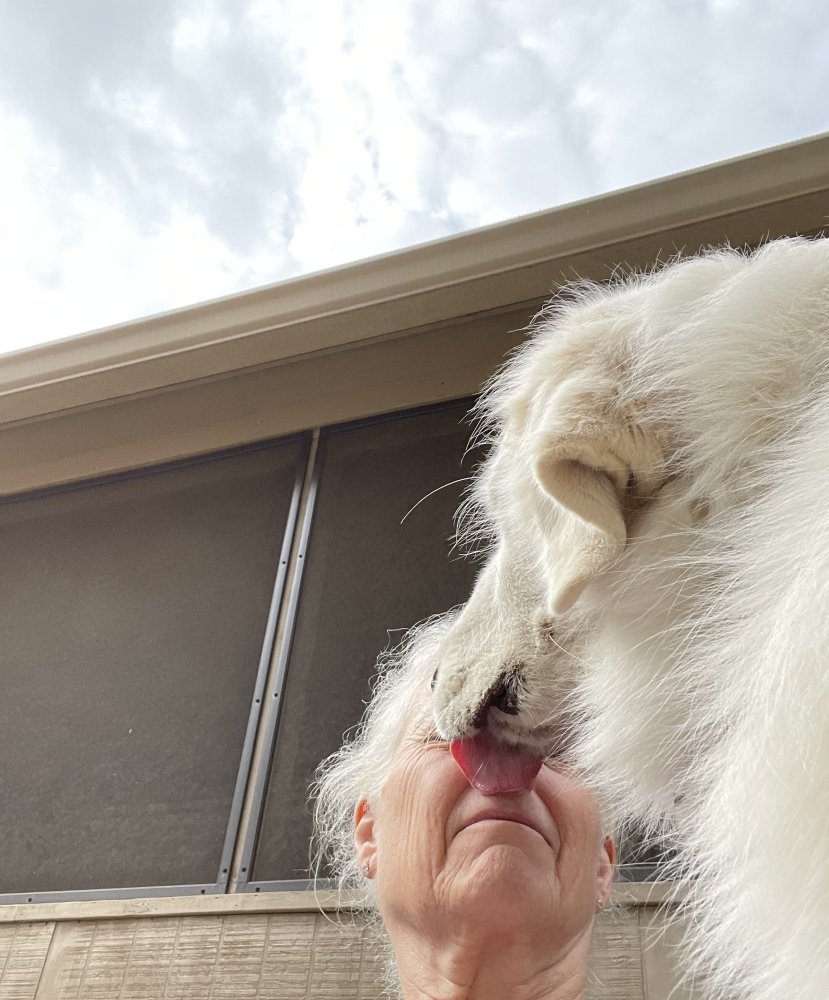 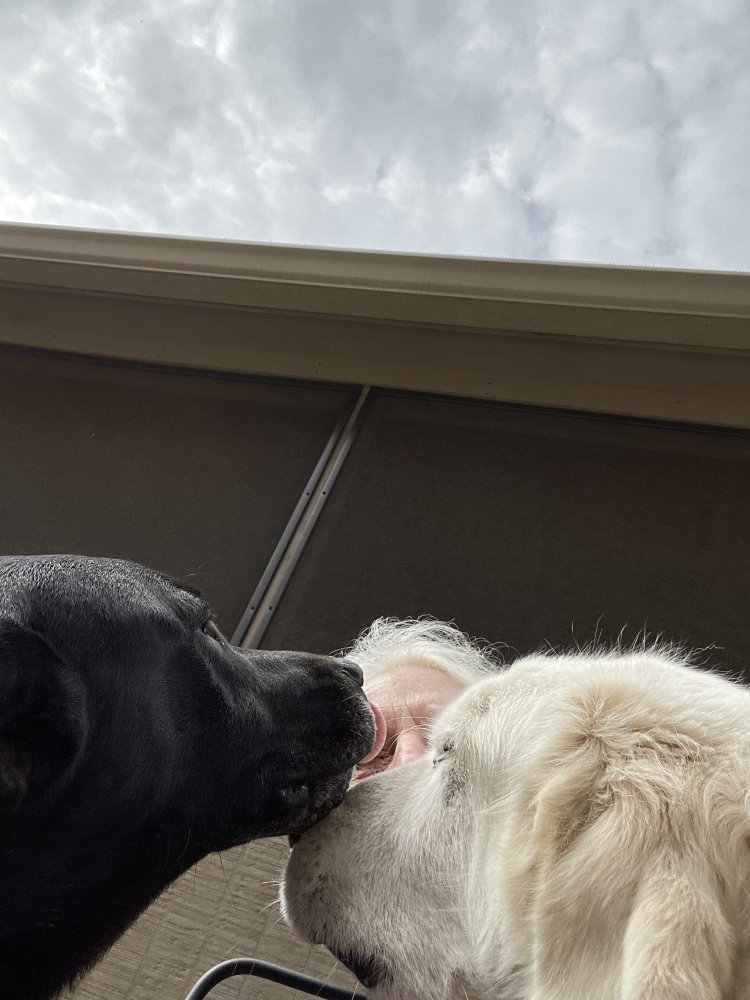 baymule said:
And y’all thought only cats melted into total relaxation and slept like this.

Our dog sleeps that way by me when I’m on the couch. I’ve learned to make him move as noxious gas will soon follow. 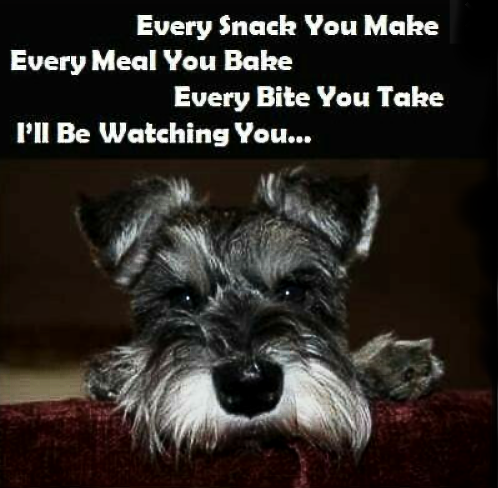 Never ever let a dog pick out a scented candle for you. Ever!

Carson is an outside dog by choice. But once in awhile he wants to come in for nap time. Up against the sofa is his favorite spot. 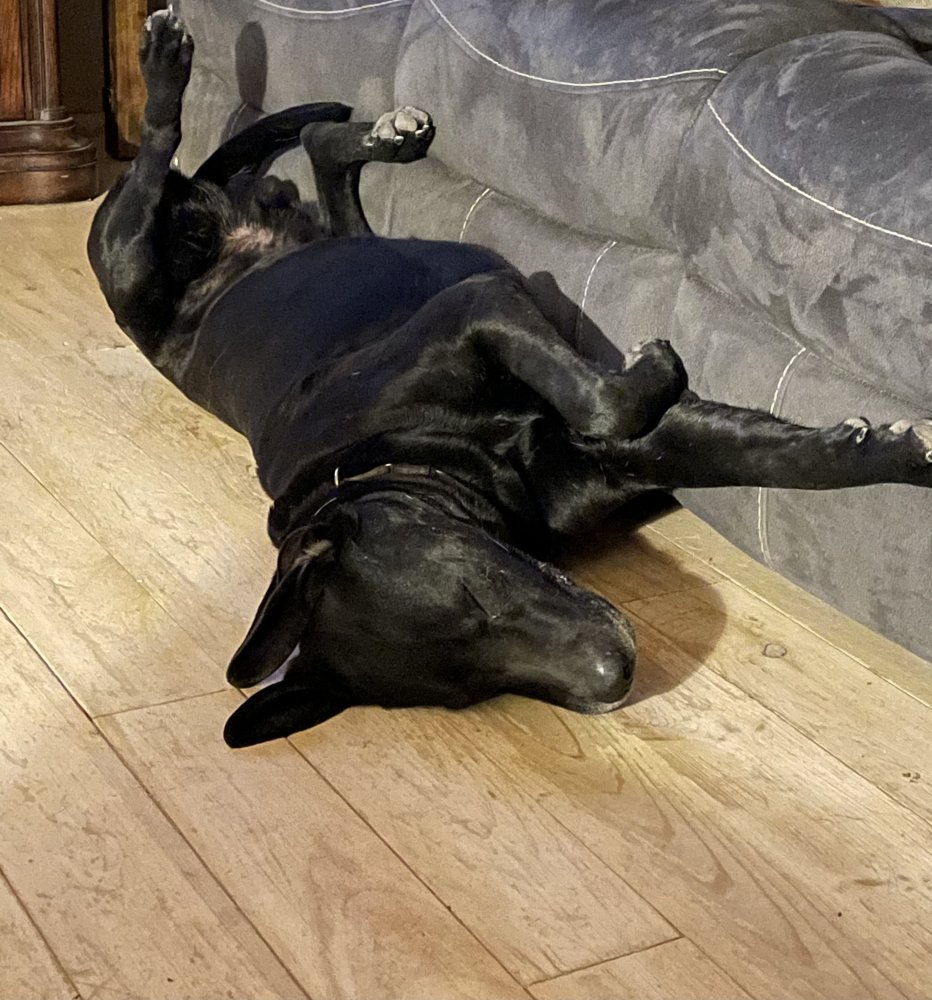 Bah they are only after more food

Bless them, there's nothing like the love of animals 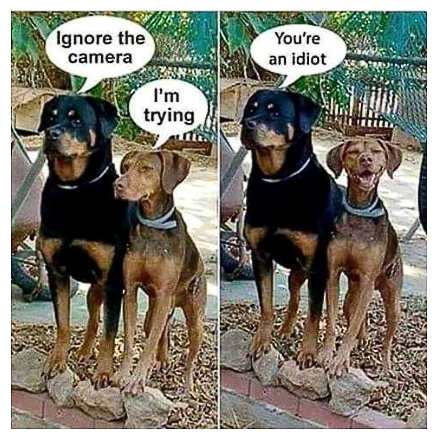 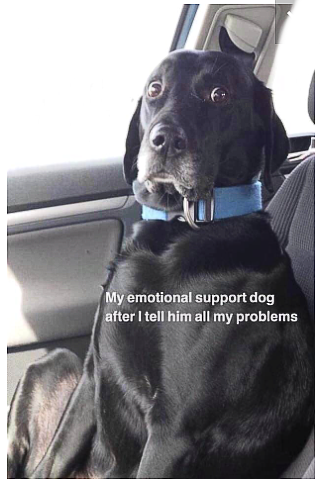