That is very interesting, @Pulsegleaner. My mother's cousin 'struck oil' in Texas and I'd imagined (as a child) something along the lines of Jed Clampett, or that it was just bubbling up somehow. I wish now that I'd thought to ask for details.

I think that pretty much ALL oil left now is so deep it has to be actively pumped up. That is, if it is liquid and you don't have to use heat or fracking. A part of me assumes that one day someone will work out a method of extracting oil using something along the lines of mining nanites, but then I assume that someday ALL mining will probably be done by nanites of some sort since they could 1. Actually perform something like total extraction (it is a simple fact that, no matter what thing you are mining for, increased tech allows you to get profit from less and less rich sources (it's sort of how modern Gold miners can still turn a profit going through the spent dirt of Gold Rush miners; with modern tech, we can get gold that the old time miners missed.) and 2. Might theoretically be able to do so in a less invasive manner (I imagine that a tiny nanobot that can actually follow a seam of the item you actually want and bring it up piece by tiny piece will probably do less environmental damage that strip mining the whole damn area.)

One minor oil related thing that I am really interested in would be more information about the so-called "midnight tear" incident from the Gulf War. Apparently when U.S. forces were trying to cap all of the burning oil wells, one of them (who was an amateur lapidary) discovered that the fire in one of the wells had actually gotten hot enough to melt the surrounding sand/rock and had produced a substance that was, for all intents and purposes, a kind of opal, only with oil instead of water in it. He managed to get about 5kg of the stuff out before they capped the well, and when he got home, began to try and cut it. It demonstrated AMAZING play of colors and soon bits were going for very large sums of money. I would REALLY like to know if anyone knows WHICH oil well in Kuwait it was, and can put together some sort of business plan to try and get more (I imagine the the stones value would FAR exceed the lost revenue for not being able to use the oil well for oil, and they could always re-commission it when they got all the stone out (if it's from the fire there has to be a limited amount of it there.)

baymule said:
Sleeping on the job!

Life is good for Sheba. She loves her “work”. We all should be so happy.

Pulsegleaner said:
I think that pretty much ALL oil left now is so deep it has to be actively pumped up.
Click to expand... 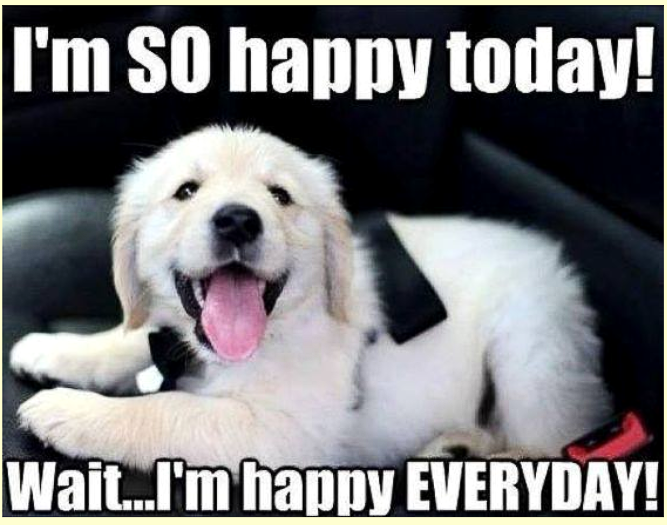 meadow said:
Would that have been true shortly after WWII? I'm pretty sure this occurred shortly after he got home from the war.
Click to expand...

pretty sure. Building oil derricks goes back to at least the 19th century. And WWII itself would have resulted in a massive increase in the need for local oil, so ANYTHING that resulted in being able to get more out quicker was probably a priority.

Pulsegleaner said:
And, of course there are dog breeds that simply don't EXIST anymore, since the purposes for which they were bred disappeared so long ago there was no incentive to keep them discrete. For example, if I was a dog person instead of a cat person, I always sort of wanted a Bullenbessler (sort of like a boxer, but MUCH, MUCH bigger) or a Bearenbessler (even bigger than THAT), since I would like the idea of a dog that was bred tough enough to take down Aurochses (wild bulls) or bears. Problem is, neither has existed since around the 1600's, due to the fact that, by then there were few bears to hunt in the area of Germany, and absolutely no aurochses to hunt ANYWHERE (they went extinct around 1603). So they let them be bred smaller, and that's how we got the boxer.

Also of interest might be the tiny French "turnspit dog" which was bred to go in big, fancy kitchens and run around in pairs on a treadmill wheel to keep the spits of the large roasts turning, Again, no more need for manual roast turning, no more need for the dogs.
Click to expand...

Wow. You have an amazing memory

Seriously thanks for the history, I love reading things I never knew before

baymule said:
Sleeping on the job!

Marie2020 said:
Wow. You have an amazing memory

Seriously thanks for the history, I love reading things I never knew before
Click to expand...

Thank you.
Though I admit that, having done some more research, I realize I gave some incorrect information. The aurochs went extinct in 1627, not 1603. And Bullenbesslers actually lasted a lot longer than that until almost the turn of the 20th century. Once they were no longer needed for taking down wild bulls, butchers found then useful for helping out with handling intractable domestic bulls. I wasn't until more efficient methods of cattle slaughter became more prevalent that they started breeding them smaller and thinner and the Boxer was created.

Actually, I wonder if one could breed BACK to something like the Bullenbessler through careful selection of boxers. I can think of a few places they still might come in handy. For example I understand that Australia has a lot of wild (as in feral) cattle roaming around the Outback (descendants of cattle abandoned by homesteads in the 19th century) and that these cattle cause MAJOR problems both in terms of ecological and property damage (not to mention probably being a reservoir for cattle diseases that can then spread to the domestic herds.) For taking care of them, I imagine a massive mastiff might come in handy.
You must log in or register to reply here.
Share:
Facebook Twitter Reddit Pinterest Tumblr WhatsApp Email Share Link