I hope you all have a fun and spooky Halloween!

The hollow winds begin to blow,
The clouds look black, the glass is low;
The soot falls down, the spaniels sleep,
And spiders from their cobwebs peep.
–Dr. Edward Jenner, English physician (1749–1823)

Aye Bucko. And Same to You!! 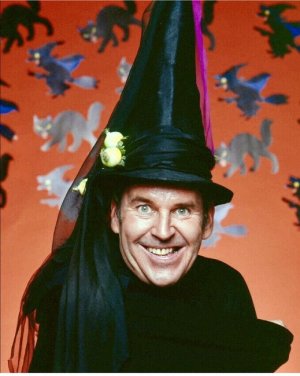 "I always give a prize for the funniest costume. Last year I said that the prize goes to the first one that rings my bell. It was my Avon Lady. So I gave her a box of Ding Dongs." Paul Lynde 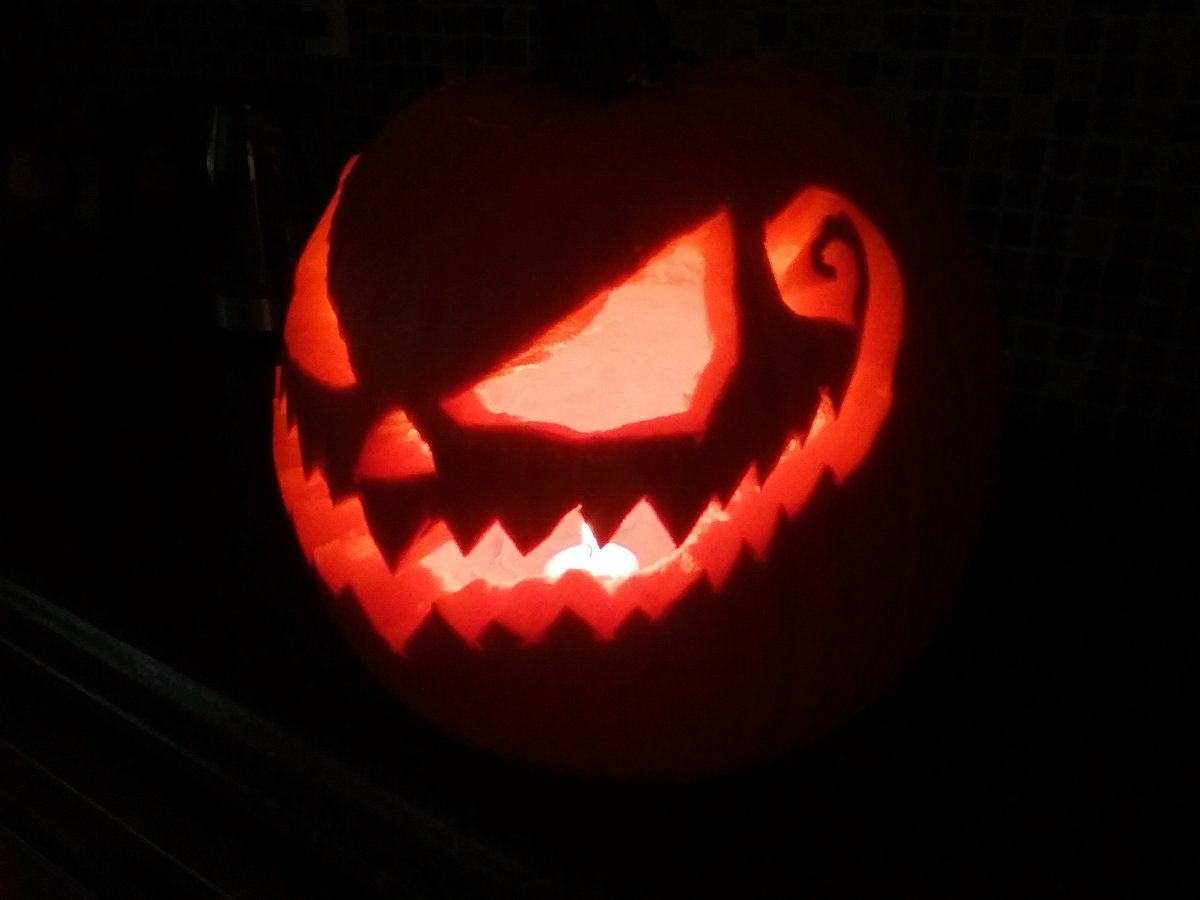 i just had a bit of chocolate in honor of the day and memories of hoards of childhood when we'd sit and sort through the hauls and trade each other for things we did want using things we didn't want but the other person did.

i remember those peanut butter taffy's that nobody liked as a kid. now i would eat a whole bag of them.

and those circus peanuts (orange)... candy corn. apples. does anyone give away apples any more?

we don't give out things here because in many years of trying to give stuff away nobody was coming here and so we'd have candy we didn't much like and end up having to eat it or give it away some other way.

tonight though, if i had a bag of Halloween Candy, i'd likely eat a lot of it. i've had a sweet-tooth all day.

It's a special Halloween around here this year! I've always had tons of fun making costumes and doing costume makeup for my kids, doing trick or treating together. We watch all the classic kids Halloween movies the week prior, make spooky crafts and read spooky stories. I make a big to do about it, and we decorate inside and outside like crazy. But the collected treats I never allowed them to eat, just play with the colourful packets. (We are pretty much sugar free.) I made home made goodies instead and by morning I made the treat packets disappear. It's been a few years now my kids haven't trick or treated, they dont see much of a point to it anymore, but I always put together a special goody basket for them and we still do all the other family traditions. It isn't easy to come up with creative ideas for the baskets anymore; but this year I had a flash of inspiration. I came upon some gluten free ice cream cones in a box at the health food store. My kids have never had an ice cream cone! Ice cream once in a rare while yes, but not the 'cone' experience. And kids are so much more about the 'idea' of something than the thing itself. So I got some top quality heavenly hash ice cream, which they've never tried either, and put the empty cones into the goody baskets. The looks on their faces was priceles! We all watched Hocus Pocus and ate ice cream cones together.

It was a moment we'll all remember!

I really need to start growing chocolate. Then I can really celebrate all seasons in the best possible way.

With a chocolate-induced sugar crash.

Did anybody else ever get popcorn balls? I always thought that those houses put effort into their candy giving, instead of grabbing a bag of candy.
Starting this year I will no longer give out candy. Our street is short, child population has dropped.
I bought 6 packs of whole Hershey bars, like I have for the last 5 years, and the only kids who came to my door were from 3 familys that I know. I have been sitting on the porch playing spooky music on my laptop for 2 hours--wasting my time!
If the kid population changes, I will re think.
This year I hand delivered the 6 packs early, and shut my lights off on Saturday (our day this year for trick or treating.)
Yesterday, Halloween, I went to DD's church. They had Trunk or Treat, fed chili, hot dogs and soup in their very nice basement fellowship hall, gave out candy.
DD's performed a really cute skit about getting to know someone you don't like, called "The Princess and the Pirate."
They have convention costumes and pulled from their stock. It was a ten minute play with 4 songs with re written lyics, like:
"I am a Pirate Queen," pulled from Gilbert and Sullivans "The Pirates of Penzance."
Skit, to wit,the Princess (Zelda) didn't invite the Pirate Queen (and crew) to the palace party bc the pirates trashed the palace last time, and they conclude that they misunderstood each other, and each life has it's own challenges.
Good simple message that doesn't hit you over the head with the Bible.
I'd post it, BUT youngest DD (atty) doesn't want performances floating around on FB or other places, so you will have to imagine, but pretty slick script.