For the past year +, I have been in the hospital 5 times fighting pneumonia... NOT the corona 19, but the everyday nasty kind.

The same bit of fluid has been in lower R lung that the doctors could not completely drain and antibiotics could not kill off completely. So this time around .... I told the doctors to go for the neuclear option. I had every scan and test and drug combo available to test all bodily functions. But this time around, they added iv lysix IV 2x / day together with a cocktail of antibiotic drugs. I was in the hospital for 11 days and lost 21 pounds. I am dehydrated and week as can be , but the doctors say that they have managed to kill off the bug and eliminate the fluids. Now to recover for the next month to six months and back to kill every weed in sight that has invaded and overgrown my gardens. Also to evict the hordes of moles that have taken up illegal residense while I was away.

I am glad you have finally kicked all the fluid out of your lungs. Hopefully you regain your health quickly to 100%. Are you going to trap the moles, poison, or use another method to get rid of them.

WOO HOO! Way to tough it out and get 'er going again!

Way to hang in there. Get better.

Wow, Bob, you've really had a rough year! I hope you are in for a long boring healthy stretch of time now. 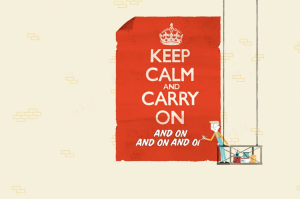 Wow, I didn't know you were ill. I hope you're feeling better now.
B

View attachment 36068
Steve
you might want to suggest Carry Out and Delivery to your DW we
Click to expand...

Surely you jest Steve.... My wife as well as our daughter are gourmet cooks, so I eat much better and tasteier food

and quite a bit less expensive

right from our remodeled ( by me ) kitchen featuring a professional stove.

So glad you are feeling better!