Joy in the Little Things

Phaedra said:
I got a whole box of "supplies" from one of my best friends in Taiwan. He is more like my elder brother, although we just knew each other from the university. Well, it's also more than 20 years.
View attachment 54476

People come and go - that's more than normal. It's a blessing to have a few that really love and care about you.
View attachment 54477
Click to expand...

That is a box full of love!

Okay, I finally started my sewing machine after receiving it as a Christmas gift over two years! Although the manual is Italian, I successfully finished the installation with the help of the over-simplified quick-start sheet and some YouTube videos. 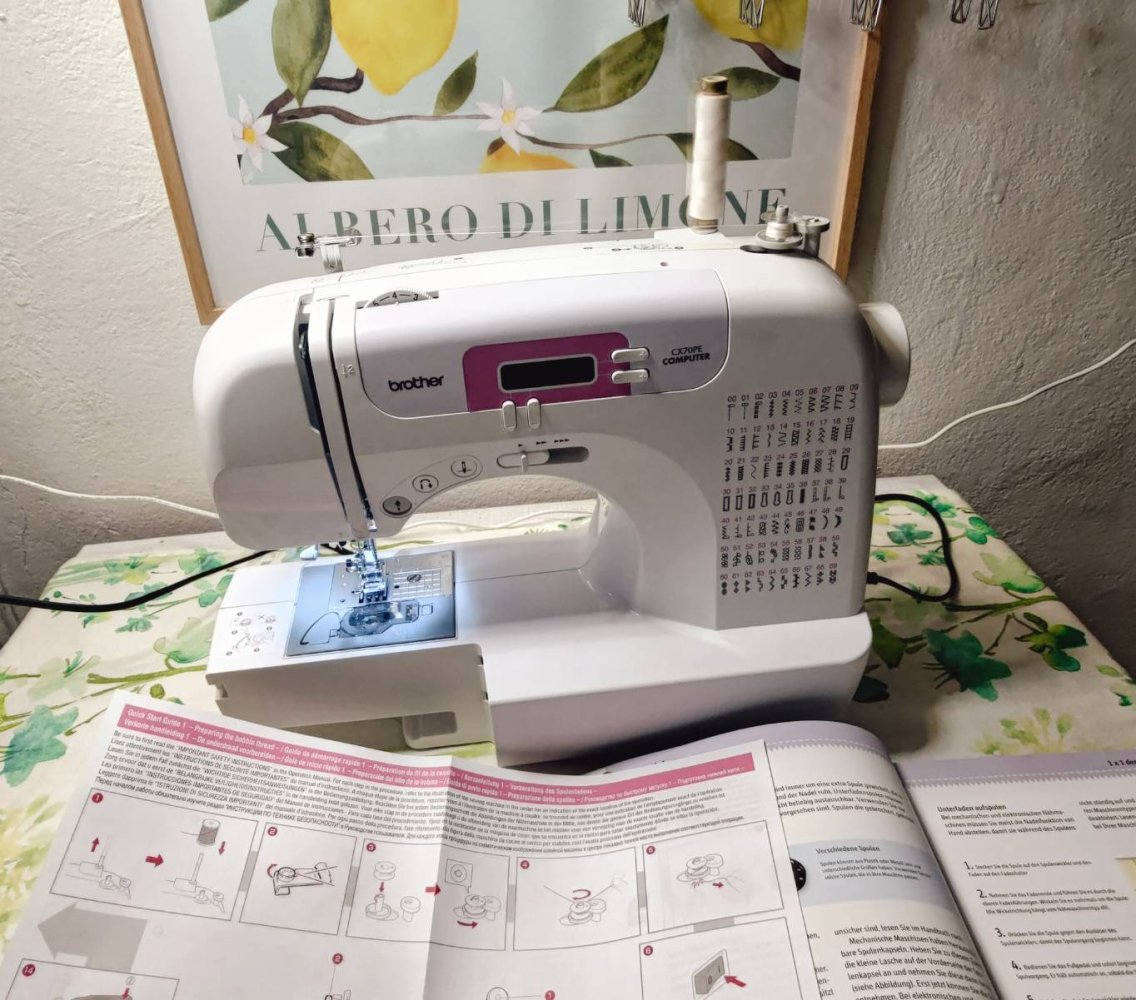 And I finished the first trial on a damaged towel. 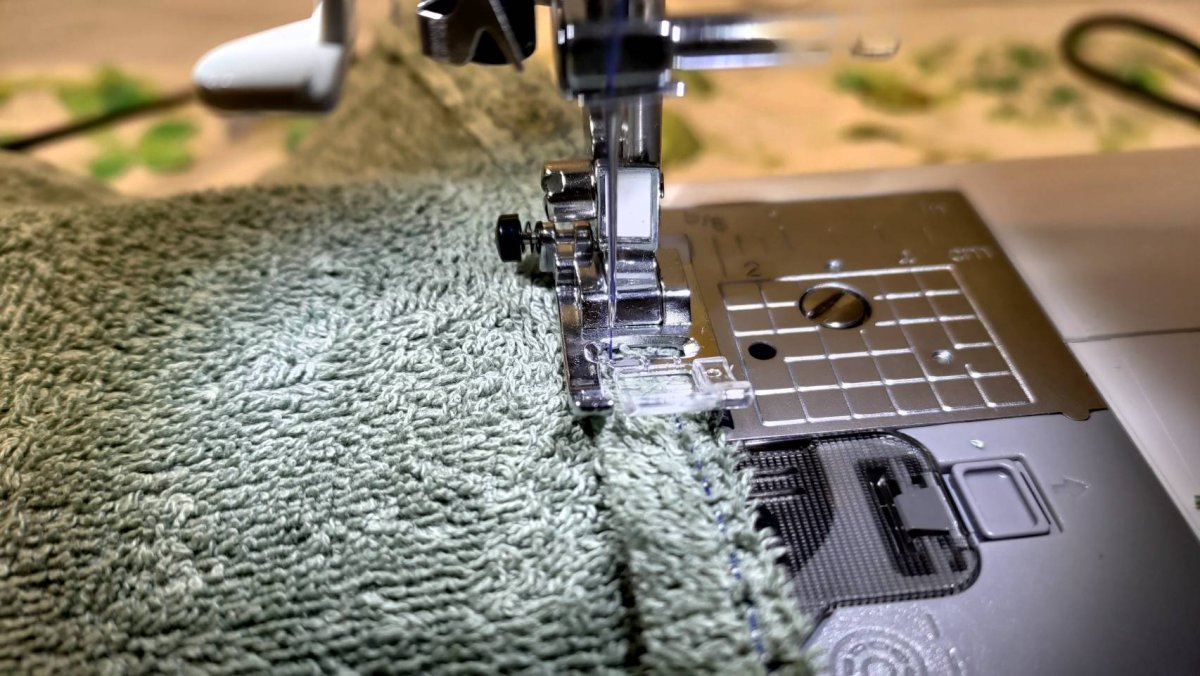 It can be used again. 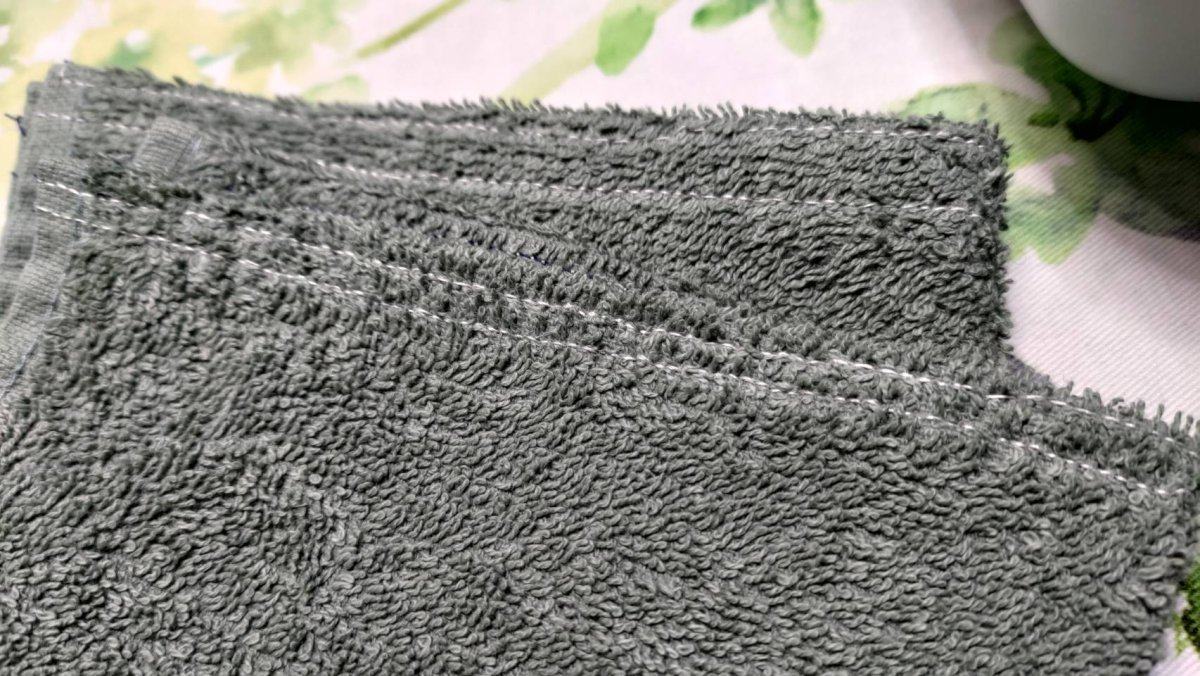 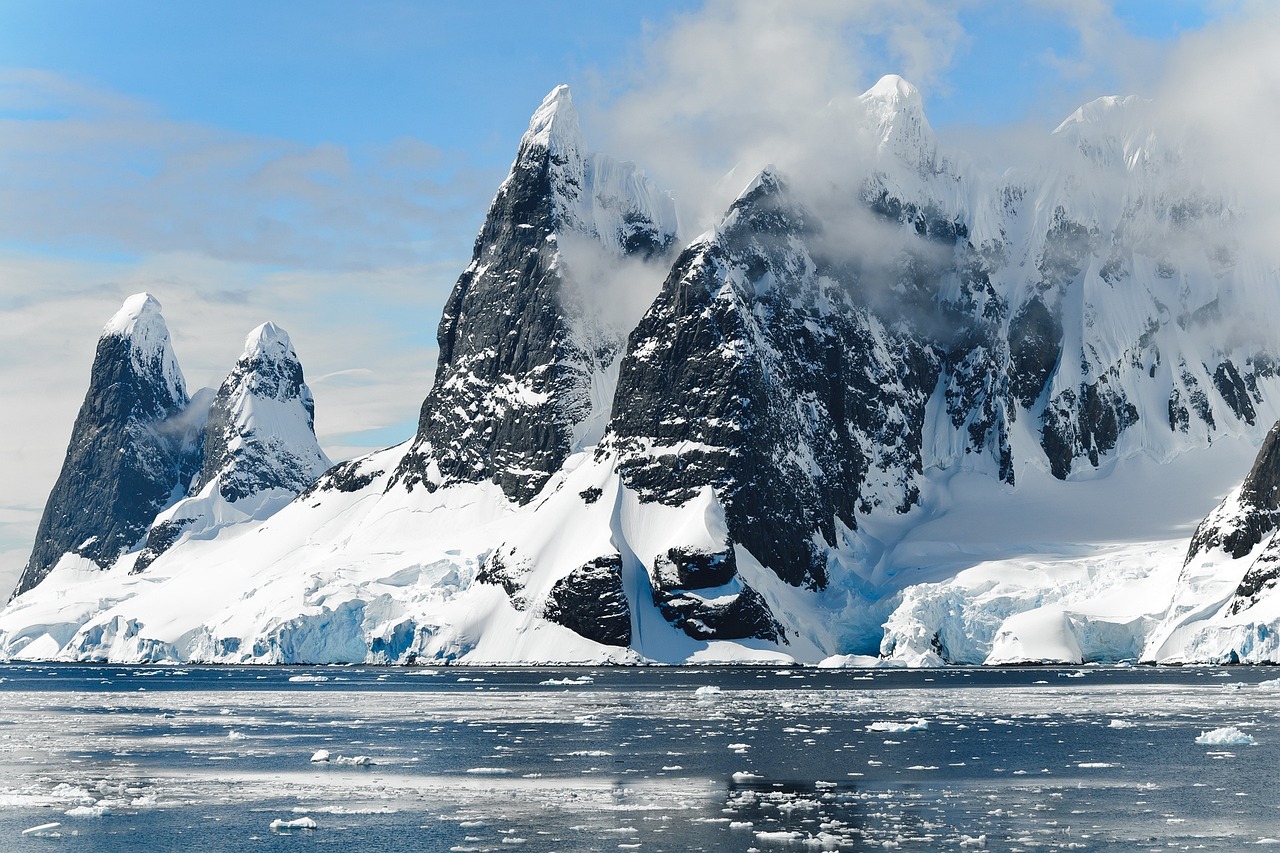 Close by the jolly fire I sit
To warm my frozen bones a bit;
Or with a reindeer-sled, explore
The colder countries round the door.
–Robert Louis Stevenson (1850–94), Scottish novelist

I was busy re-organizing some corners in the house. It takes time, but the results are always satisfying. 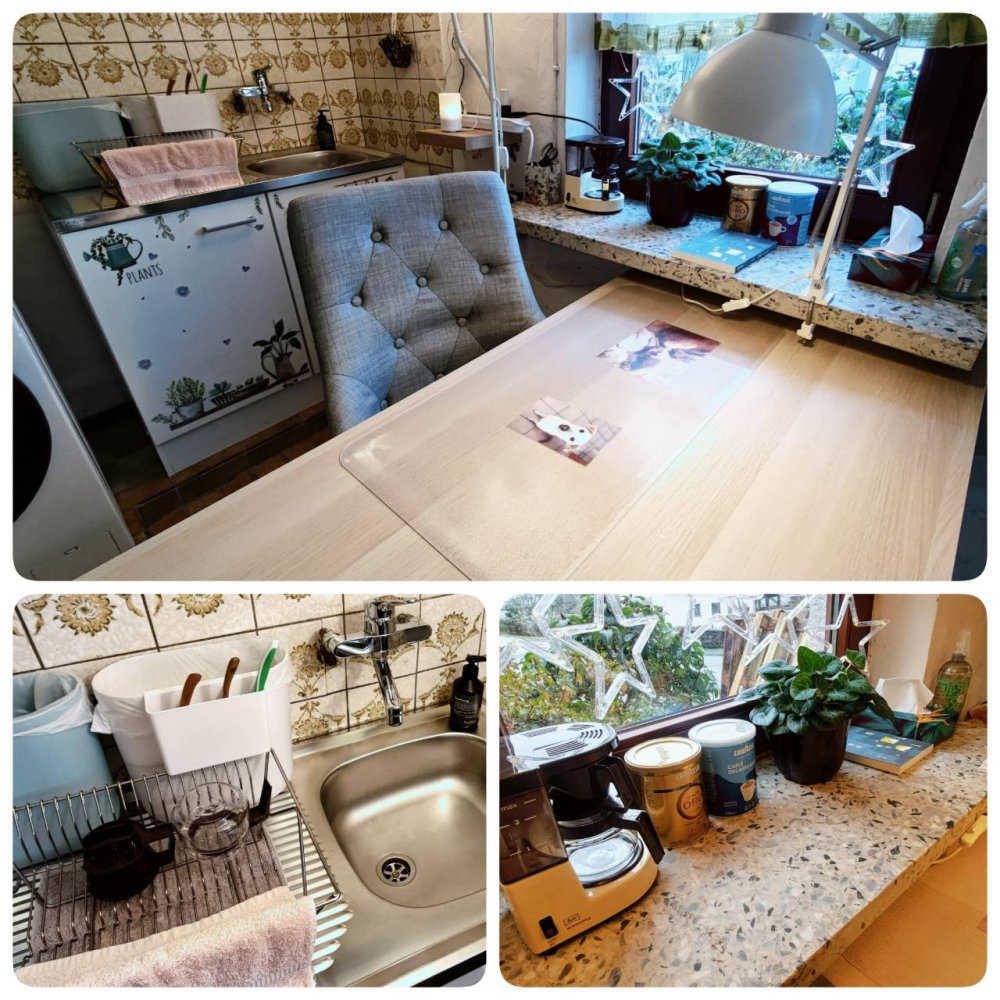 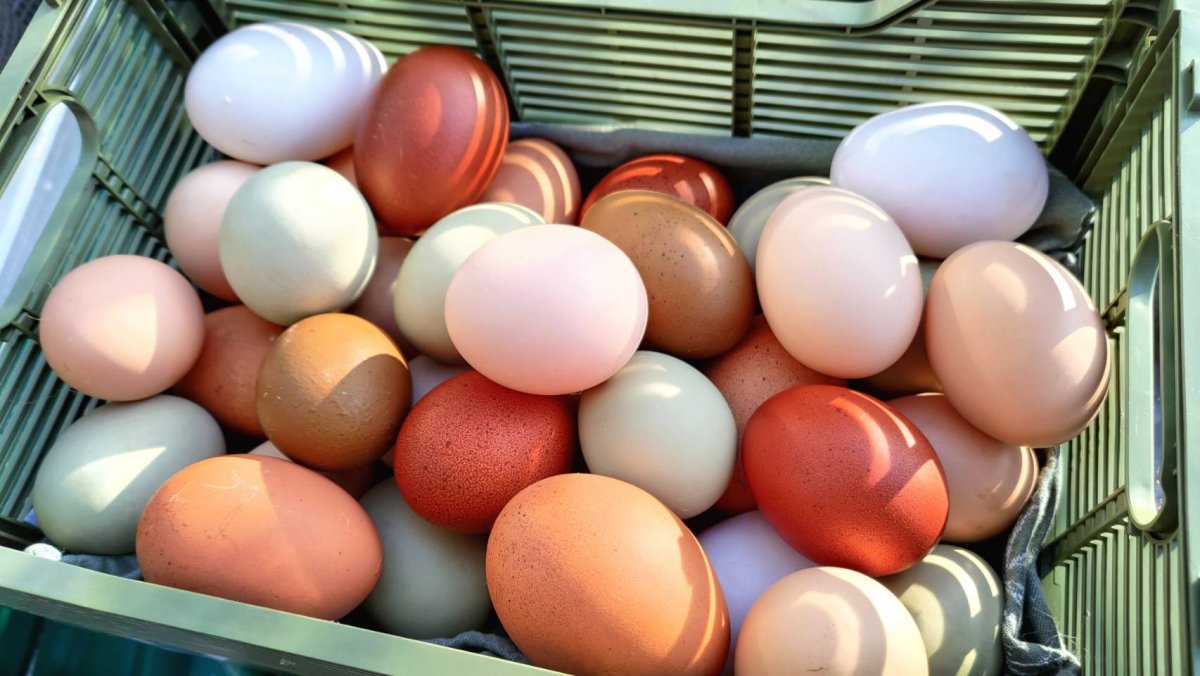 just a very light snow coming down here. maybe a few cm today. i'm glad to see it. won't likely stick for too long there's still some warmer than freezing days in the forecast.

I was thinking the other day of the Winter pleasure that came with seeing a BIG basket of fruit on the kitchen table. All of that fruit was from the supermarket, DW is inclined that way. I had packed it around but then, she cleaned it up and there it was for us in the basket .

Recently, someone who I have known somewhat professionally for several years asked me what I enjoyed doing. Of course, I said "gardening." She said, "And?." So, I responded "fishing." Even though, my enjoyment of that activity has been restricted by my physical limitations in recent years.

I could have also responded with Cooking and that brings something to mind -- We eat. It's not as simple as that for me and I wonder if it ever has been. These interests begin with the subject of food. How joyful! All of our lives. Especially for me: I want it simple and, importantly, with me having a spoon in the pot as much as I can from beginning until it is time for me to put it in my mouth 😋 .

In the US, we allow a great deal of recreational latitude to boys, generally. And, girls it's everything else, generally. . Keep in mind that this is from a male perspective ... as he sits here with morning TV news programs on in one corner of the room. Noticing the clothing being worn (during the Winter!) by these on-air female presenters of news and information .

I was never a recreational sports person. I was competitive if forced into it by boredom or school PE. Always outperformed by my athletic older brother . Never much interested in creative artistry ... Anyway ... I'm drifting some distance from the garden.

Today is the eve of the lunar New Year - Year of rabbit.
I made some special food - sweet treasure rice 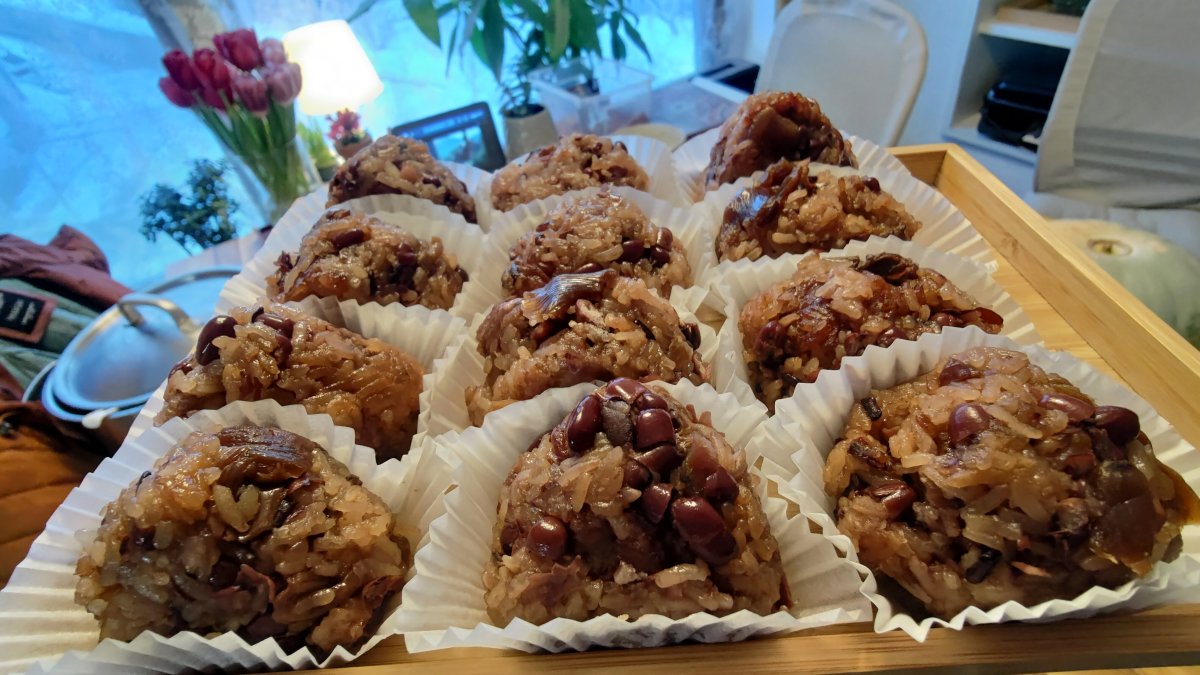 Rice noodles - they are made by long-grain rice, steamed and plain in flavor; however, no matter stir-fry them with veggies and meat, or use them in the soup, they're perfect as comfort food in the winter. 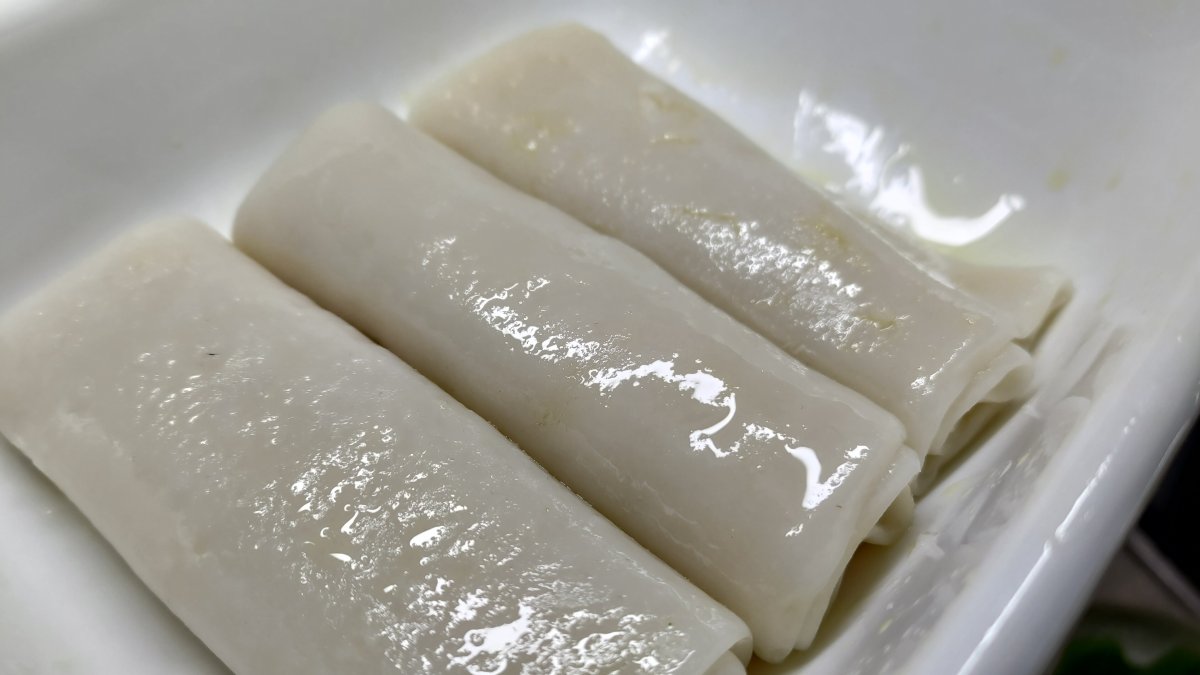