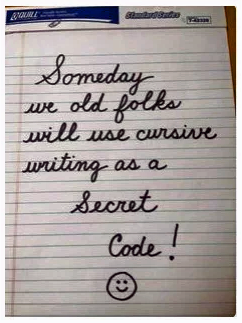 Unless, of course, we forget the code...

Zeedman said:
Unless, of course, we forget the code...
Click to expand...

i'd have to look up some of it, i've not written cursive much at all since grade school. one of the reasons why i think i am a left-handed person trained to be right-handed is that i never was good at cursive writing no matter how much the teachers got on my case about how bad i was at it.

i can sign my name and i can probably read it but a few letters i'd have to look up how to write them again before i'd be able to do it. slowly...

i probably remember more Morse code than i do cursive, but i'd have to look up that too. it's been a long time...

Kids are not being taught cursive, is that right?

It is sometimes very difficult for me to read what a census taker has written in 1850 ... but, I have been able to read somethings written by the "founding fathers."

I write in cursive all the time and I'm not an old folk! There is one other logical conclusion to this...

I find that writing in cursive is easier with a fountain pen than a ball point pen or pencil. Doesn't have to be a fancy one. Actually one pencil is easy - my Apple pencil. I've written more cursive on my iPad than on paper.

I have thought before that it's nice someone can't just glance over my shoulder and see what I'm writing so easy since it's cursive. 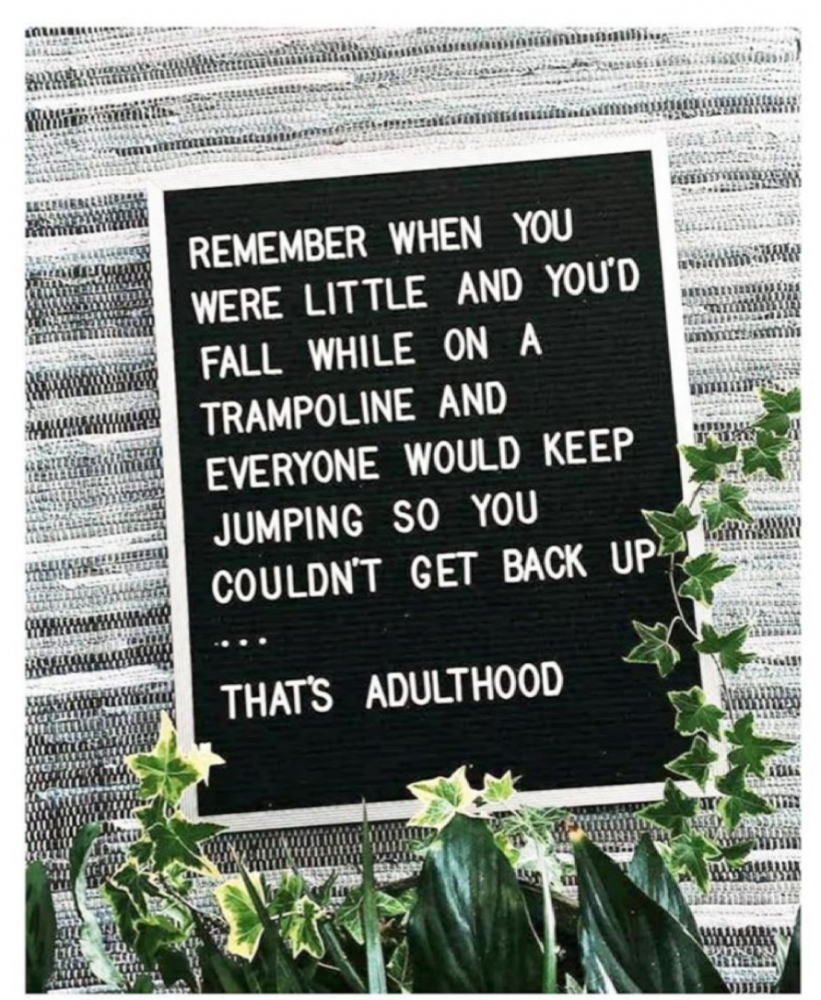 My printing is so bad that it is difficult for me to read what I have written .

The typewriter was of great help.

There was a time when being able to write a "fair hand" (in a matter that was neat and elegant) was considered a viable to essential job skill for positions like clerk. Hence the existence of things like the Palmer and Spenser schools of writing.

And the results were sometimes impressive. In my stamp collection back when I was putting together my revenue collection and found I had WAAY more copies of some of them than I needed (I had gotten a deal on a shoebox of assorted revenue stamps) one of the ways I determined which ones to keep was particularly impressive penmanship of the cancels (unlike postage stamps, revenue stamps are usually cancelled by pen)

Some people are more talented than others. If I take my time and especially if I have lines to guide me my cursive is legible but certainly not pretty. In grade school my handwriting grades were C's, I just couldn't do any better. I'm also horrible at drawing, even my drafting is messy. Just no talent whatsoever with my hands.


digitS' said:
It is sometimes very difficult for me to read what a census taker has written in 1850 ... but, I have been able to read somethings written by the "founding fathers."
Click to expand...

Steve, my thoughts on this is a big part the ability and talent of the author but also the speed at which it was written. If I'm in a hurry my cursive handwriting is atrocious. If I take my time it's still not good but at least legible. And part of it follows from what Pulsegleaner said, some people take more pride in their handwriting than others.

My training in the army was as an 05-C, radio teletype operator, which I never used on active duty. The minimum requirement for Morse Code was 40 words per minute, a word was combination of 5 letters or numbers. They not only required that you print instead of using cursive, they taught you how to form certain letters and numbers so they would be more legible when written faster. Capitol case of course, no small case. Some of the ways to make those letters was different from how I was taught to make them in my drafting class. In drafting and code taking, you print, you don't use cursive.

It's been many decades since I used Morse Code. I think it would come back relatively quickly if I tried but I really don't have the desire.

To demonstrate how bad my abilities are I'll tell a story on myself. When I was in college taking the engineering drafting class we had a thing called the military draft. Yeah, I'm that old. If you met certain requirements you could get a student deferment and not be drafted. My drafting instructor asked me if I needed to pass his course to maintain my student deferment. I told him yes, which was actually true. So I got a D instead of an F. I said my drafting was messy.

My cursive penmanship used to be fairly good. During my time in the Military, I was away from home a lot, and writing letters constantly - always in cursive. But when I retired & moved home permanently, there was no reason to use cursive, other than for signatures. At work, all hand-written documentation was printed; all of my garden records were printed as well, and any written compositions were typed out on the computer. So I've mostly forgotten cursive now... what you don't use, you lose. DW kept a few of my first letters to her, my old writing style looks foreign to me now.
You must log in or register to reply here.
Share:
Facebook Twitter Reddit Pinterest Tumblr WhatsApp Email Share Link