this happened here just a couple days ago..... it was because of your government !!!!!!! 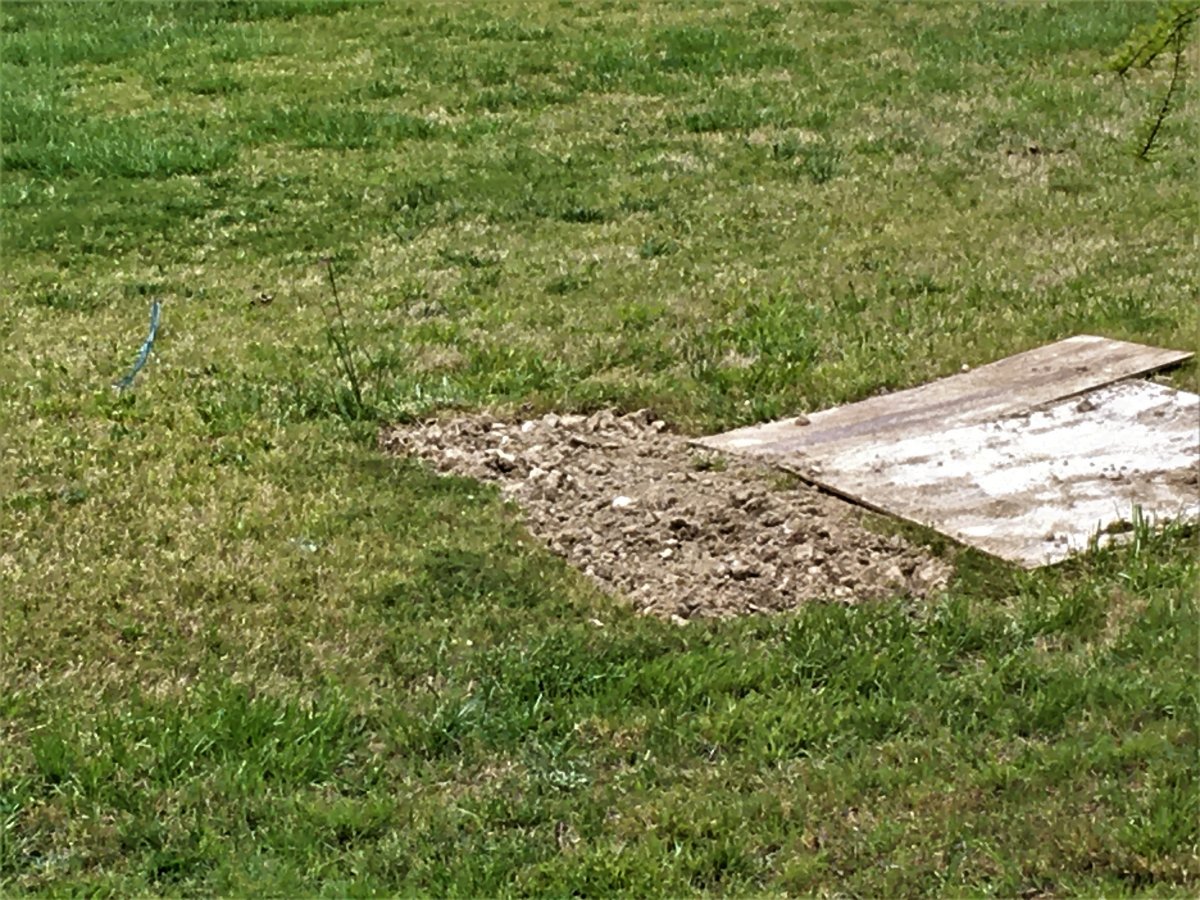 Someone dug a hole?

Was that where you had your outhouse?

Ridgerunner said:
Was that where you had your outhouse?
Click to expand...

Did you bury Gilligan?

Rhodie Ranch said:
Did you bury Gilligan?
Click to expand...

He said it was kinda sad. No way he would be sad about sticking Gilligan in a hole in the ground. There would be beer cans on the ground from the celebration.

majorcatfish said:
this happened here just a couple days ago..... it was because of your government !!!!!!!
View attachment 35238
Click to expand...

no road kill around here...

So you want me to be serious. Sure you're feeling OK?

The edges and corners are very sharp. Either a building came down or something, maybe that plywood, had laid there for a long time. I don't know what kind of grass you have there but I'd suspect a small building and not plywood just laying there as I don't see grass runners going across it like they would under plywood. At least they would if it were Bermuda or some other grasses. That would be a mess of runners. Besides, the sized don't look right for the plywood to have caused it.

That is not a freshly dug hole. It's too small and neat to be machine dug and I don't see the debris or traffic marks I'd expect with either machine or hand digging as you pointed out. I guess it's possible you filled a hole and hauled in the fill in a wheelbarrow running over that plywood to avoid soft ground. If you did you are neater than I would have been. But that looks pretty dry and you've been commenting about wet weather. So maybe you did haul in fill. But where would you get dry fill?

I don't get your reference to the Federal government. You said it was our government. That can only be the Feds. Anything state or local is on you buddy, not me.

Um, the goberment was looking to take all your mineral rights away from your acreage.

Um, the goberment had a tip that Jimmy Hoffa was buried there.