When to plant onions?

Alasgun said:
This year im still using the dakota tears and am adding redwing which is a red storage onion adapted to lat. 65!
Click to expand...

It's remarkable - and fortunate - that someone took the time to breed an onion for so high a latitude.

I'm still debating whether or not to grow onions from seed this year. The last time I grew onions ("Newberg") I replanted & grew to seed only the ones which did not sprout over winter, hoping to improve that trait. Nearly all of that 2015 seed (a little less than a pint) was frozen to preserve its viability... but I'll need to grow it out again pretty soon. Hopefully I can find a place to squeeze it into the now-downsized garden. In my area, if I intend to grow onions from seed, they need to be started in early March.

"Newberg" is an OP, long-day onion developed in Oregon by Dr. Alan Kapular. It did very well in my garden at about 44 degrees N latitude. The first photo was taken in SSE's garden (that observation is the reason I grew it), the second photo is of the bulbs I grew which survived over winter, just before they were planted for seed. 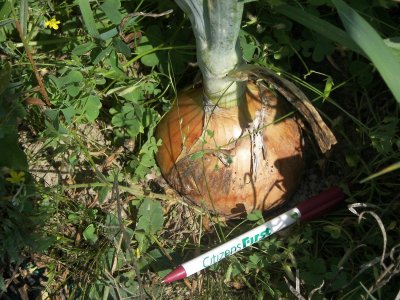 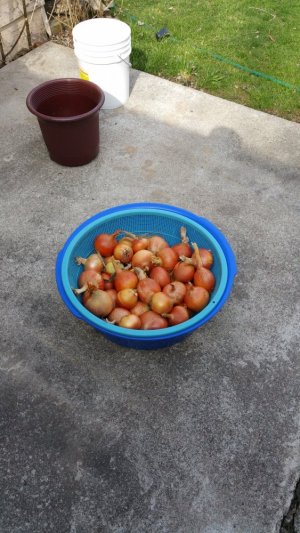