Why are you where you are?

in a random rambly mood which is fitting for this sub-forum, but thinking about where i am and why...

primarily family and that would be mostly Mom because in my entire life she has been there for me and so when it has come time to help her out it wasn't a problem for me to come back to this area and then eventually to move in with her. two of my siblings are not too far from here so that also helps.

i was born in the western part of Michigan in Grand Rapids, but the family moved over to the eastern part here when i was very young. i lived where we planted ourselves for 14 years until i then went away to college. way up north, but still in the state. i was up there for 15 years. let's just say that winters have not been much in comparison any other place i've lived.

after that i lived downstate for a few months and then from there i wandered down to the eastern part of Tennessee and stayed there for a few years and then moved again to north eastern Ohio where i was for another few years. there was this period of about 12 years where i was driving all over the USoA and parts of Canada seeing different areas and trying to figure out where i could move next.

all during this having spent a lot of time travelling back and forth to visit family i decided after a few more years to just come back up this ways and eventually planted myself here. a lot of gardening space is certainly the biggest attraction to why it was easy for me to do that. aside from Mom...

We moved here because my daughter, son in law and granddaughter lived here. Was blessed with 2 more granddaughters. They moved away for better paying jobs to Odessa a year and a half ago, we stayed here. Then they moved to Corpus Christi 3 weeks ago. They closed on their house yesterday. I don’t want to stay here, DH does. I’ve looked online in the Corpus Christi area, not impressed. Haha, DH just might have to get used to the idea cause I’m not staying here.

I want to write but my brain shuts down after a close combat with my food processor this afternoon, i just can't release the bowl from its base. And when my husband is back, he did that in less than 10 seconds!!!

Good night first, i will be back tomorrow

I'm where I am because my parents are there. They are there because their parents were nearby. That way there'd always be someone nearby in case of emergencies.

Trees and warm weather and water.

I remember stepping out the doors of the top floor of Anchorage International Airport and asking myself why did I come back? Since then I have managed to visit Europe, South America, Canada and some islands without memorable names. I cannot do islands either. I enjoy no earthquakes, but the tornadoes are a bother. And I still complain, but it is easy living, sort of like complaining because the remote is lost in the couch again.
Last edited: Aug 26, 2021

baymule said:
We moved here because my daughter, son in law and granddaughter lived here. Was blessed with 2 more granddaughters. They moved away for better paying jobs to Odessa a year and a half ago, we stayed here. Then they moved to Corpus Christi 3 weeks ago. They closed on their house yesterday. I don’t want to stay here, DH does. I’ve looked online in the Corpus Christi area, not impressed. Haha, DH just might have to get used to the idea cause I’m not staying here.
Click to expand...

I hear you! Both grands and both kids live in SW Indiana so I see no reason to stay in NE indiana. Wife doesn’t want to move.

seedcorn said:
I hear you! Both grands and both kids live in SW Indiana so I see no reason to stay in NE indiana. Wife doesn’t want to move.
Click to expand...

I’ll start cutting trees this winter. Neighbor has a sawmill. I’ll be stacking up lumber for my next house. Reckon DH will take the hint?

I'm from Taiwan and came to Germany in 2015 because the second marriage. After graduating from university I started working immediately, till the day, more precisely, just three hours before I was boarding on the plane for Germany.

I used to travel a lot as an overseas sales representative, but this is the first time I live abroad. Things like learning a new language are not easy at all, but well, it's already the 6th year suddenly. Originally we lived in Cologne but moved to a small town 3 years ago - because we met the house with a dreamlike garden, just can't let it go.

That's why I am here now And very happy to join here! 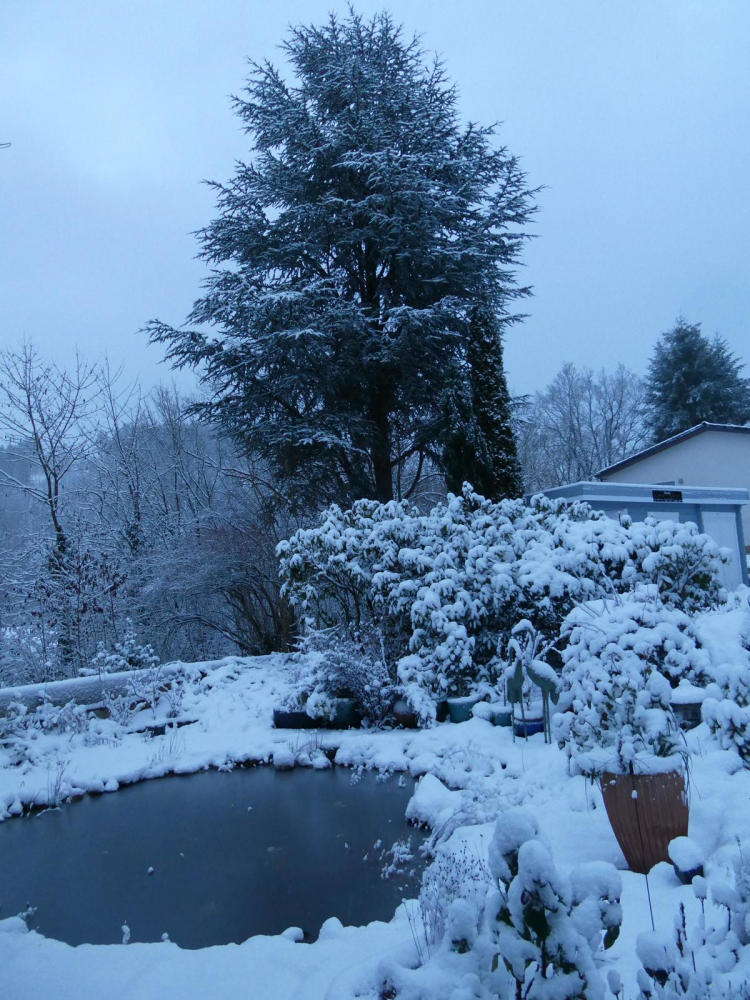 Small compartment of greenhouse in the spring 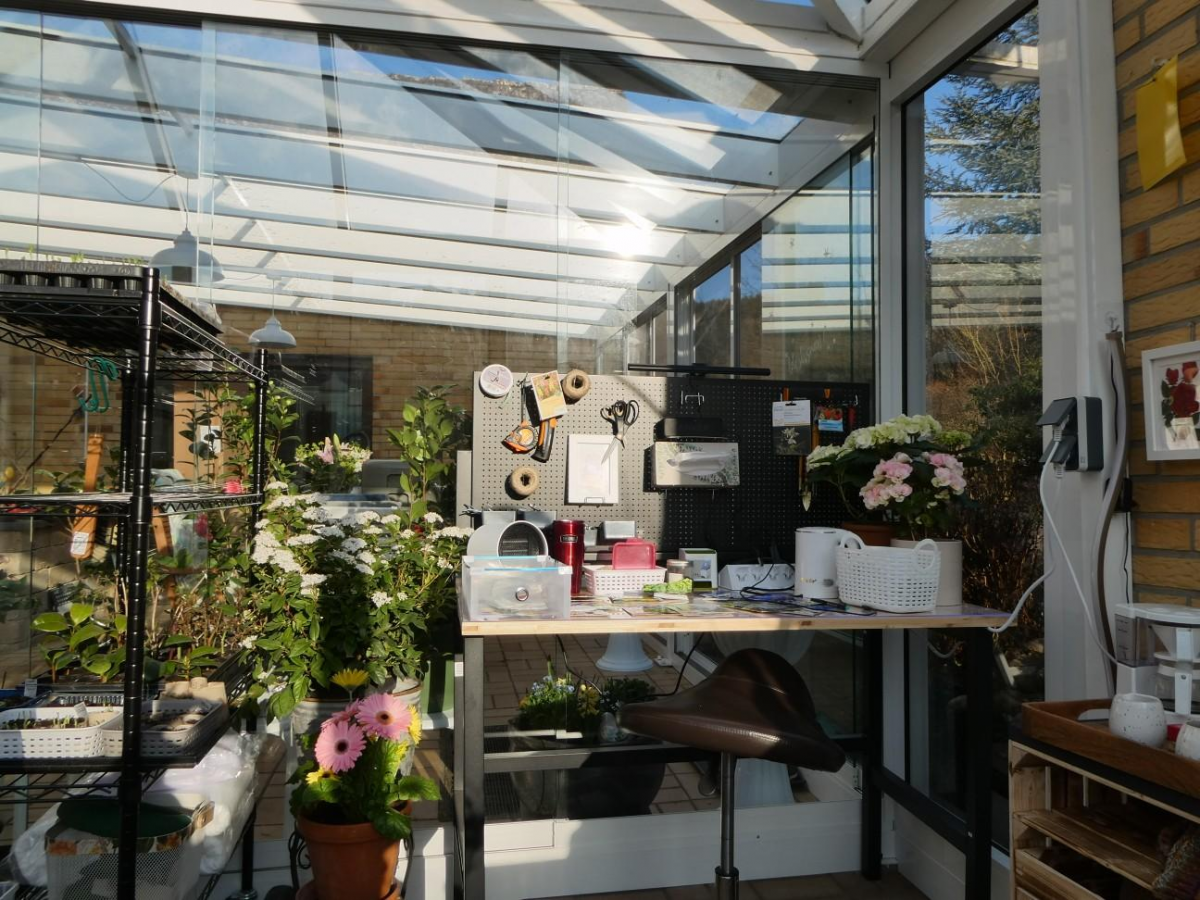 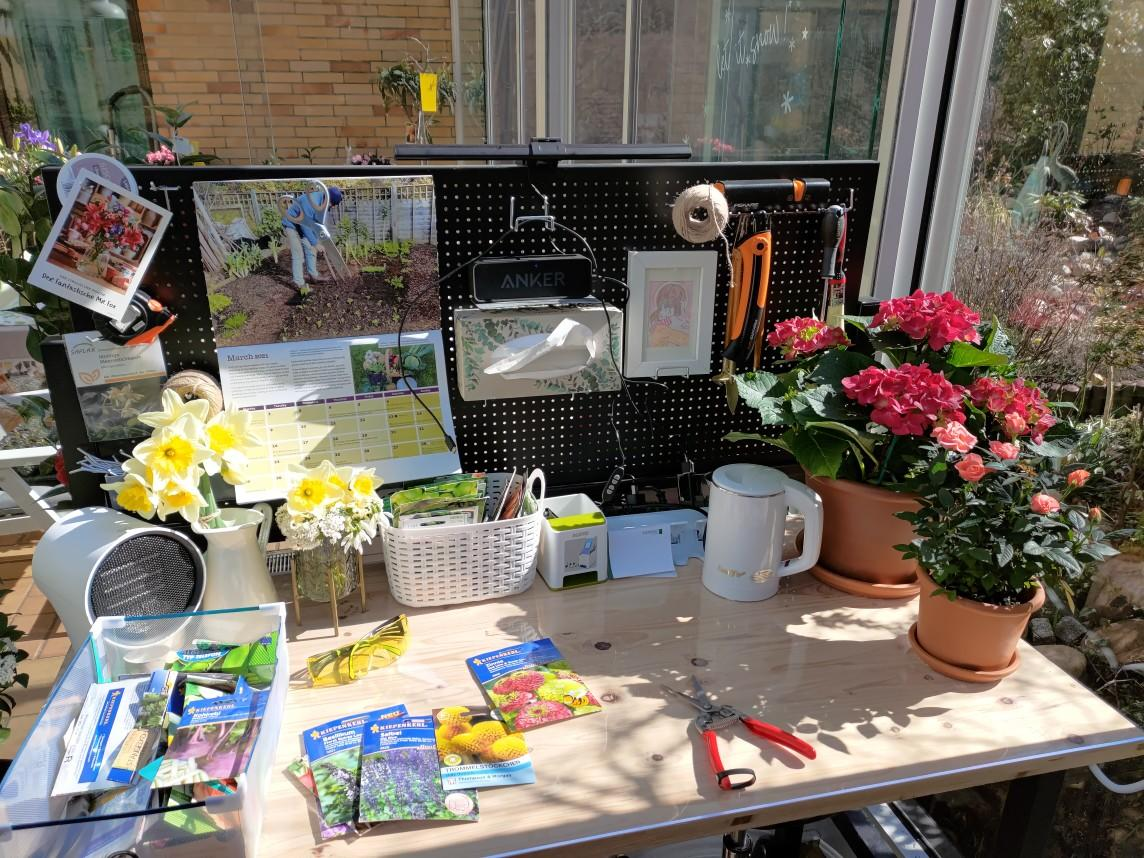 I had wanderlust as a young man & wanted to get as far away as possible from my birthplace... so joined the military straight out of high school, and did so. Lived in Tennessee, Virginia, Philadelphia PA, Washington state, and California. Visited every continent but Antarctica, and spent a lot of time in Asia & the Pacific - where I met DW 45 years ago. After 20 years of constant moves, DW & I decided to move back home, to re-establish relationships with my Mother & siblings, and provide our teens a better place to grow up. That worked out well for our children, all of whom are now well off. We didn't end up with the mini-farm I dreamed of, but have "planty" of space to garden... which at our age, suits us just fine.

Dad would talk of a move every few years. He seemed to be following my mother's route in reverse. It really wasn't my mother's idea about the northerly direction but Dad was probably influenced by her family's stories.

Later he seemed barely able to stop at the Canadian border. But Mom only had some cousins there by that time, her parents had passed on. Dad was trying to negotiate buying a sheep ranch in the early 60's, in a move from the Oregon town where Mom (& I ) grew up but in the Idaho community where her grandparents (& great grandparents!) showed up out West in the 19th century! We all came together in the late 60's after Dad had moved here, a little further north, partly because Mom's brother lived here.

After 40 years, and Mom's passing, Dad moved south to within just a few miles from where Mom came home from the Lewiston hospital as a baby. Imagine my surprise when my 100 year old father said that we moved to the Idaho/Washington border because of ME! I guess it was because I agreed with him back in the 60's that it would be a good idea ... Mom always seemed somewhat humored by the moves north like "what's got into him (& me )?" She would probably have much preferred to stay in southern California where they met in the 1930's. Well I know she would have .

My brother and I have been here ever since - with me languishing in the winter darkness but fully understanding the pleasure that can be found during the other seasons of the year.