I know it's hard to roll up the sidewalk at the end of the year and to roll down the new one, but it is time so today. right now...

Cold and sunny this morning, temperature read at 9F at 8:55am. not much wind, very sparkly out there with the frost on everything.

How about Past and Present?

It's crazy around here. The warmest wake-up temperatures in over a month. There were 25mph wind gusts, however. Lots of snow falling anywhere close to the mountains except for here! The WS people must be as confused as I am; they didn't predict that it would be above freezing overnight.

The snow amounts locally were downgraded by last night but I already had the garbage cans nearly to the road so that there would be no possible shoveling from the garage at 4 AM. Didn't need to be concerned except that they may blow over!

Haven't a clue about the immediate Future. The snow has just begun to fall. Will the storms blow past? Will temperatures fall back below freezing with the daylight?

It is 39 and no snow after saying we would have 3-6 inches. I watched the radar and saw that probably we would not get any, but the weather says "Snow, heavy at times, for at least 120 min; expect a change to rain." Radar shows something is coming. It is going to be a mess with the snow already on the ground and going to be an ice skating rink.

3.5 inches of snow! Kids had lots of fun and we invited another family with kids from an hour away where they didn't get any snow to come and enjoy it lol. It's still on the ground which is surprising for our area. Usually it melts by afternoon.

the snow we have on the ground may not melt again for some time now that the overnight lows are getting well below zero. some warm days may melt some of it but it is now deep enough there is some thermal mass there and also a nice insulation blanket for the plants below. we'll see what happens next... (if i were a bunny i'd say we'll see what hoppens next...)

Good news - the boy survived the crash. I went back to the sight today, and judging by what was left behind he was very, very lucky. He hit a tree at the very bottom and took out some saplings on the way down. All that was left was bits of the ski-doo shell, wire mesh and lots of gasoline in the snow and antifreeze. The damage he put on the tree at the bottom was wow level, so he is probably hurting right now. The main thing is he is alive, especially since he had no helmet. I couldn't eat dinner last night, the whole thing had my stomach tied up. I was so worried for that family. Irrational as it is, I felt tied to that event. It was because I had left the park that the dad gave the go signal for the boy to start turning doughnuts again. He had stopped once I got into the park. They were already having him drive around before I got there, but still, I felt connected to that whole terrible thing.

I know snowmobiles are dangerous, there has been two major crashes here just in the last 3 weeks, one resulted in a fatality of a 54 yr old man. My high school principal was killed in a snowmobile accident. They aren't rare, but to see it unfold in real time was very upsetting. My thoughts are with that little boy.

It’s raining again and there’s a possibility of ice or snow later today. Tonight’s low will be the coldest yet this winter. It’s forecast at 19 but we’re usually several degrees colder here so it will probably get down to 16 or 17. I just pulled the last of 2021s lettuce so it doesn’t get turned to mush.

the forecast for yesterday said only about an inch of snow. we ended up with about six.

very pretty out there right now with the sun out and no wind at all. gotta take some pictures.
P

We got 8" of snow yesterday. 11 this morning. Sun is out. Chilly 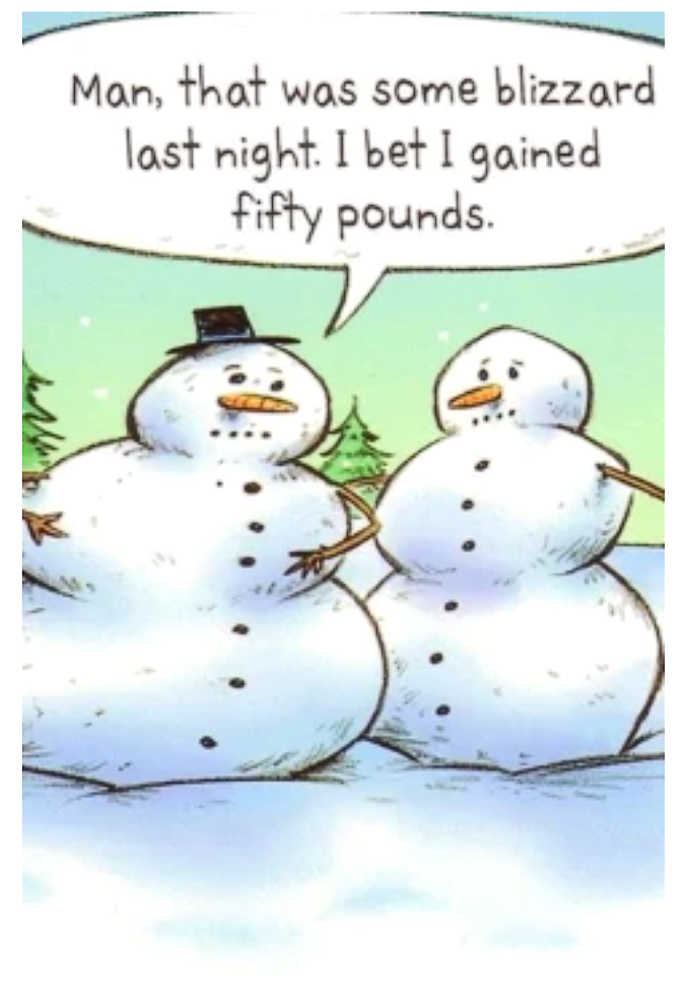