heirloomgal said:
Loving all the GORGEOUS pictures!!
Click to expand...

i know, i'm really envious too as so many of my beans look rather sick and stunted in comparison. it hasn't stopped them from producing though, we had a nice meal of beans and pea pods yesterday.

heirloomgal said:
I wish my soybeans were big enough to need supports!! Everything is so huge in your garden! Lucky!
Click to expand...

last year the soybeans i grew barely made it to 2ft tall as the groundhogs kept eating the tops. this season they are about a foot taller already and the groundhogs have left them alone. i just had to chase one off again a few minutes ago. in the unfenced bean garden they've trimmed the tops off the last three rows closest to the rhubarb - the beans are regrowing but that groundhog was just starting in on them and i happened to see him there out of the corner of my eye.

Ridgerunner said:
I've had a problem with fungus in our warm very humid climate. It's like damping off. The stem right at the soil line dies so the plant dies. It turns dark and woody. I treat the soil when planting with a fungicide with the active ingredient Trichoderma harzianum strain T-22. It's a biological, pretty expensive and I can only find it in relatively large quantities, at least as far as my needs.
Click to expand...

If you like playing with microbes then you may find that propagating your own inoculum will make the commercial spores go much further.

This article is from ECHO Asia Note #20 In nature, dozens of species of harmful fungi can quickly kill a plant, including Fusarium spp., the causal agents of Fusarium wilt, and Phakospora pachyrhizi, the causal agent of soybean rust. Fungi are unable to produce nutrients on their own, so they...
www.echocommunity.org

If you culture the 1st gen. spores on around 1kg of a sterilised/cooked medium, this is enough to inoculate a much larger batch of unsterilised material - bran, compost, woodchip, etc., or apply straight to the soil. For a 1st gen. 1kg batch I'd say around half a teaspoon of commercial spores diluted in toasted flour is plenty.

It's also great for quickly breaking down ligneous material in the compost pile and worm bins. All the tough stuff that the red wigglers can't manage. It may be a reason why my beans planted in worm casting mix are not experiencing any problems with stem rot.

The Backyard Bean Nursery is more advanced in the varieties seed development than last year. The plot is beginning to show some color change. 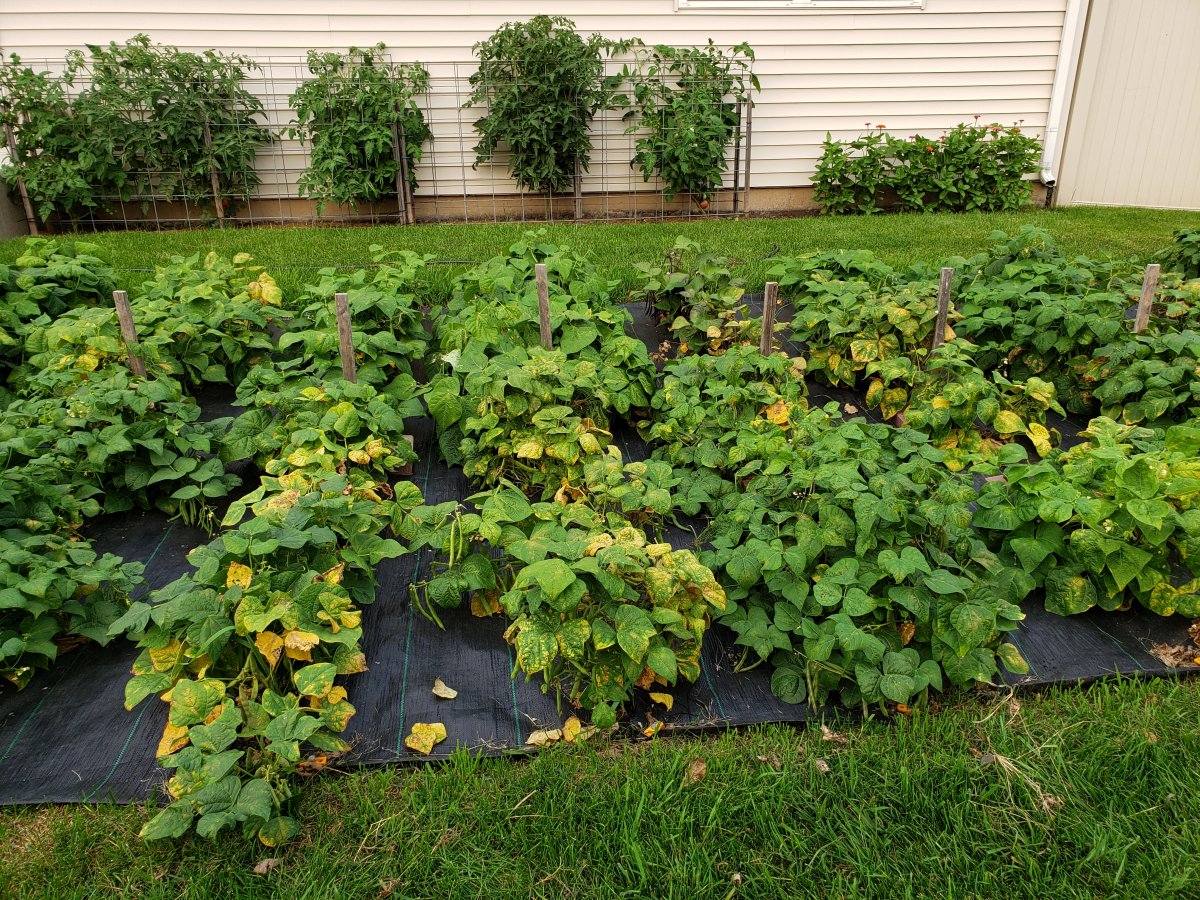 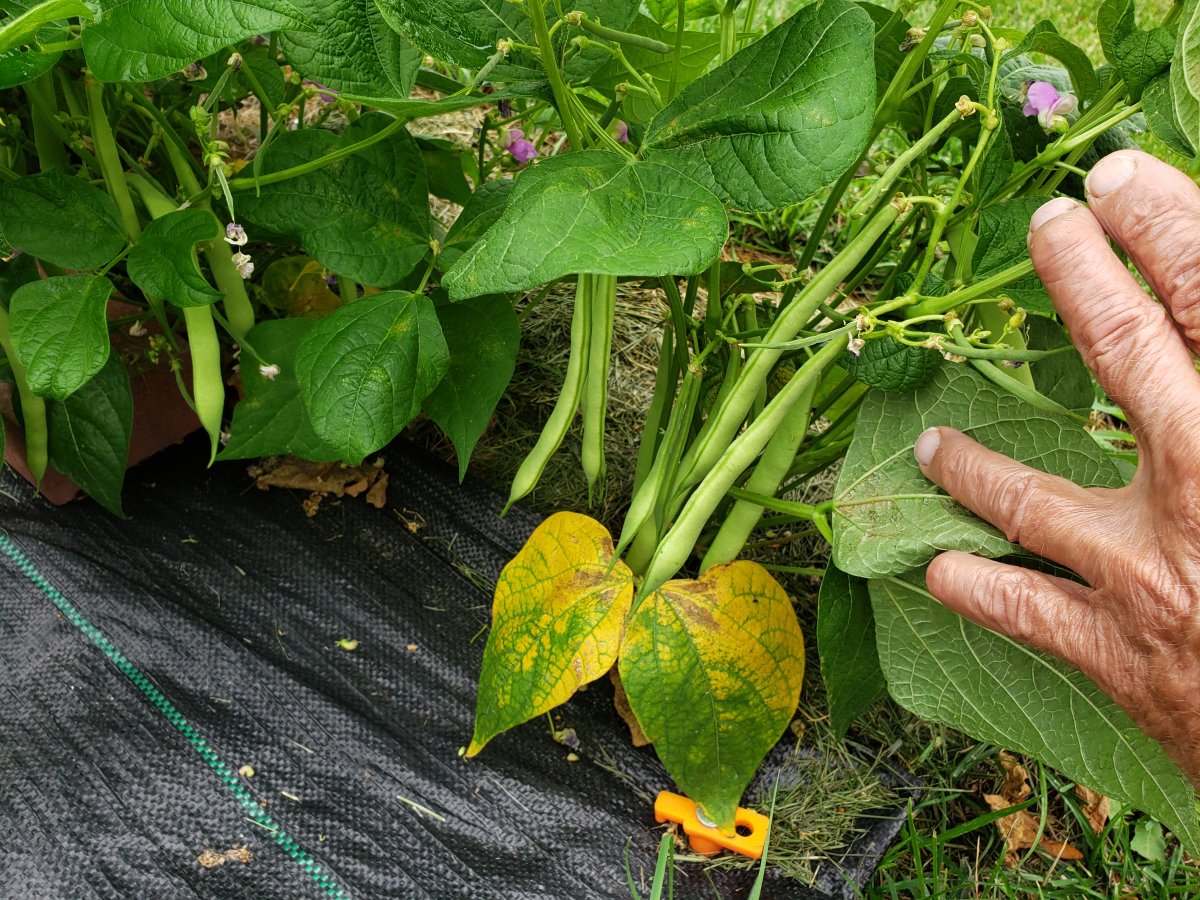 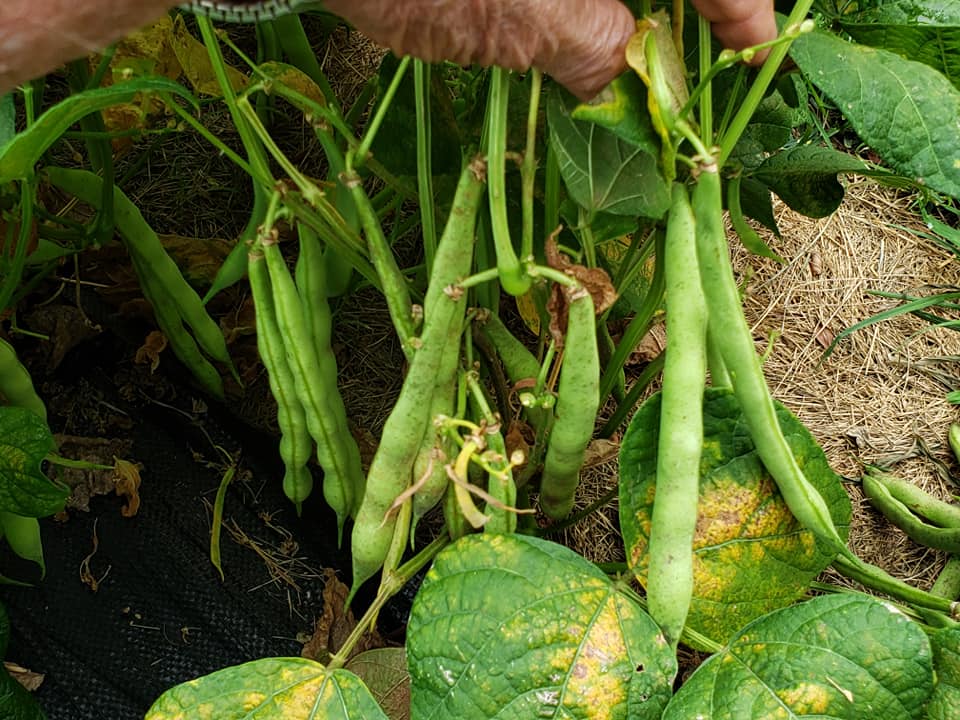 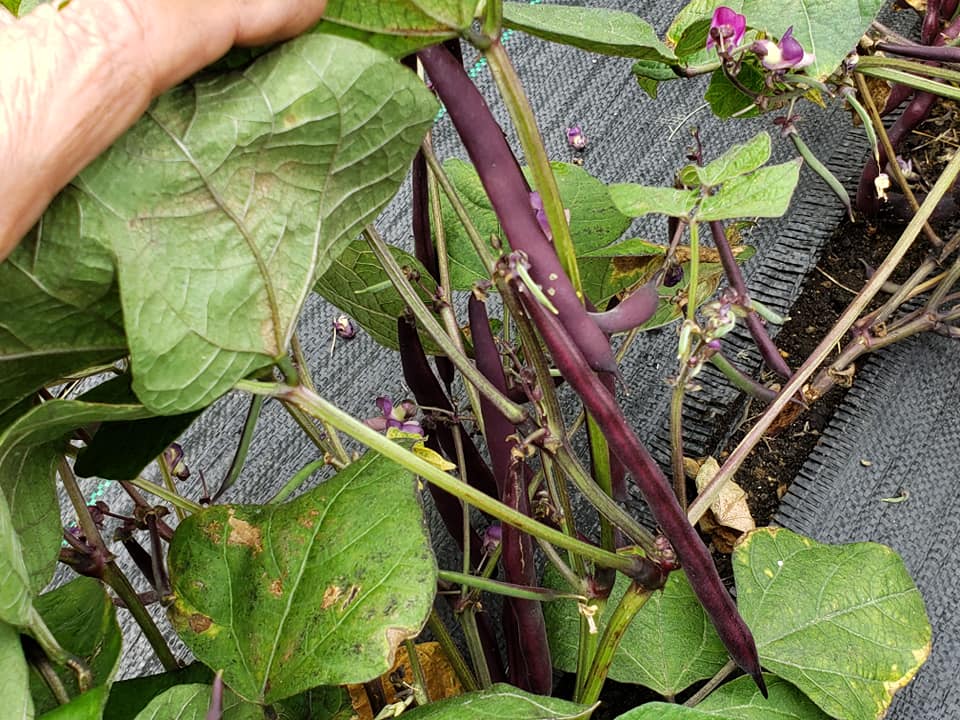 Purple Swan - Bush Another Robert Lobitz Purple Podded Bean - 7-22-21. I don't know if this is a dry or snap type. 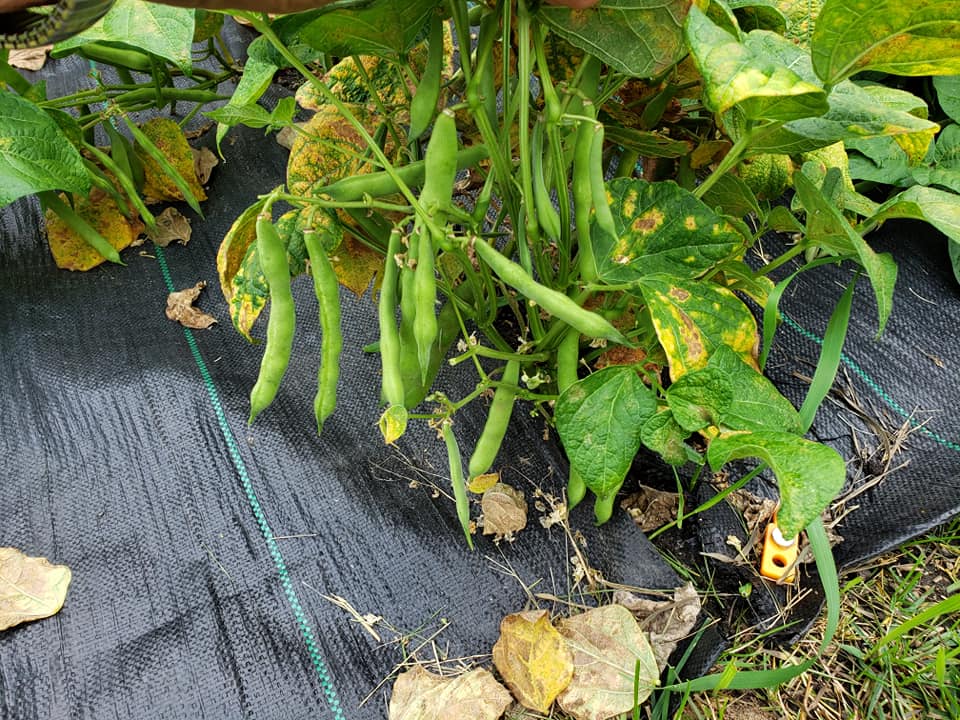 i got out to take stock yesterday in all of the bean patches. a lot of flowering plants out there which is nice to see and plenty of native bees wandering around.

i took my garden maps of what was planted where to notice which were doing better than others.

the really fun part is seeing that the beans that i've cross bred are doing well and also my main plantings of the red bean i've grown for many years.

so far these are winners of the season (in terms of plant size and habit and surviving our soils and the varying conditions we've had).

all of the lima beans are doing good. they don't mind heat as much as some of the other beans.

a few of the other beans are doing ok and i was glad to see the few Fort Portal Jade plants have pods on them i just hope they can finish a good quality seed as in the past they often just don't have much going for them.

i planted a lot of Yellow Eye (aka Molasses Face) beans and those seem to be doing ok so far too. not quite as full and vigorous as the others but they're doing ok. the cooler spells we've been having have helped i'm sure. i don't think they like it when it gets much above the mid-80s.

Lemon Slice also seems to be doing ok, but as it hasn't fully been separated into bush vs. semi-runner vs. pole i'm curious as to what will happen next.

i think only one of the Spotted Pheasant made it (i didn't have that many seeds to plant) but the deer are trampling things so this is just an act of hope at this point...

the Dapple Gray seem to be doing ok too, they've done ok here in the past and i've gradually been increasing the seed supply to where i can eat them as a dry bean but they are not as fast and reliable as the others so i'm growing them hoping for another cross to happen. also i have all of the Monster bean children i'm working with (which are a cross that come from Dapple Gray) so between all of those i'm plenty buried in projects. i planted out about five of those this season to see what happens next. they all seem to be doing ok given the conditions (some planted in various places just to see if they'd grow let alone give seeds in return).

so while there are certainly issues and worries this year (my babies!) it's going along about as good as it can considering. i just have to keep an eye on the chipmunk population and hope i can get the miscreants before they really start in on the bean pods. they've done limited damage in the past so perhaps this is all it will be this season too, but just keeping an eye on... ya know...

i really can't take pictures of some of the gardens, they just look too sad to me, very beat up from the weather and the JB's chewing on a lot of the plants. but in spite of that you should see the pods. i just hope they can have enough energy to get the seeds to fill in properly.

Bluejay77 said:
The Backyard Bean Nursery is more advanced in the varieties seed development than last year. The plot is beginning to show some color change.

What's that in the back, @Bluejay77 ? Have you been flirting with tomatoes??? In plain sight of the beans??? Ohhh, the betrayal!

No wonder the beans are turning yellow - they're jealous.

What's that in the back, @Bluejay77 ? Have you been flirting with tomatoes??? In plain sight of the beans??? Ohhh, the betrayal!

No wonder the beans are turning yellow - they're jealous.

Yeah I became a bit of a tomato turncoat about 10 years ago. Hardly anyone has noticed all this time. I have one plant of 11 different varieties of tomatoes growing this year. A fellow from Israel sent me seed in 2013. I have even been selecting a regular leaf and a potato leaf from the Early Girl Hybrid starting in 2012 after growing Early Girl in 2011. Didn't grow any of those myself this year because of all of these 11 different tomatoes. I did grow two of the regular leafed selection for the fellow that owns the property where my pole bean plot is this year. I'm going to get about 4 tomatoes from those plants to get seed out of them. I like beans but tomatoes are yummy too

Oh I still have a lot of the 2011 seed that I saved from Early Girl that season. It will turn out all sorts of segregations. More than most beans will. If anyone is interested in that seed I can send some. I'm sure it will still grow. You got to have patience with tomatoes though. Can take 10 years to make a good selection from a tomato cross.
Last edited: Jul 23, 2021

I feel like I'm a little late to the party. Just getting flowers on some of my beans... 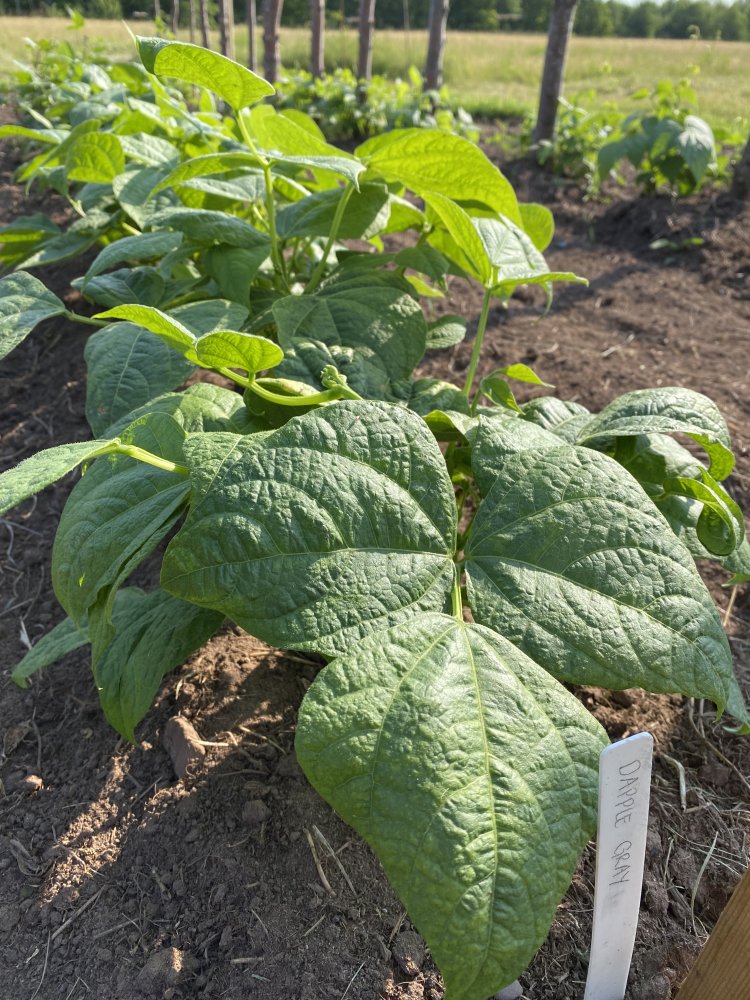 Dapple gray is looking healthy but no flowers. 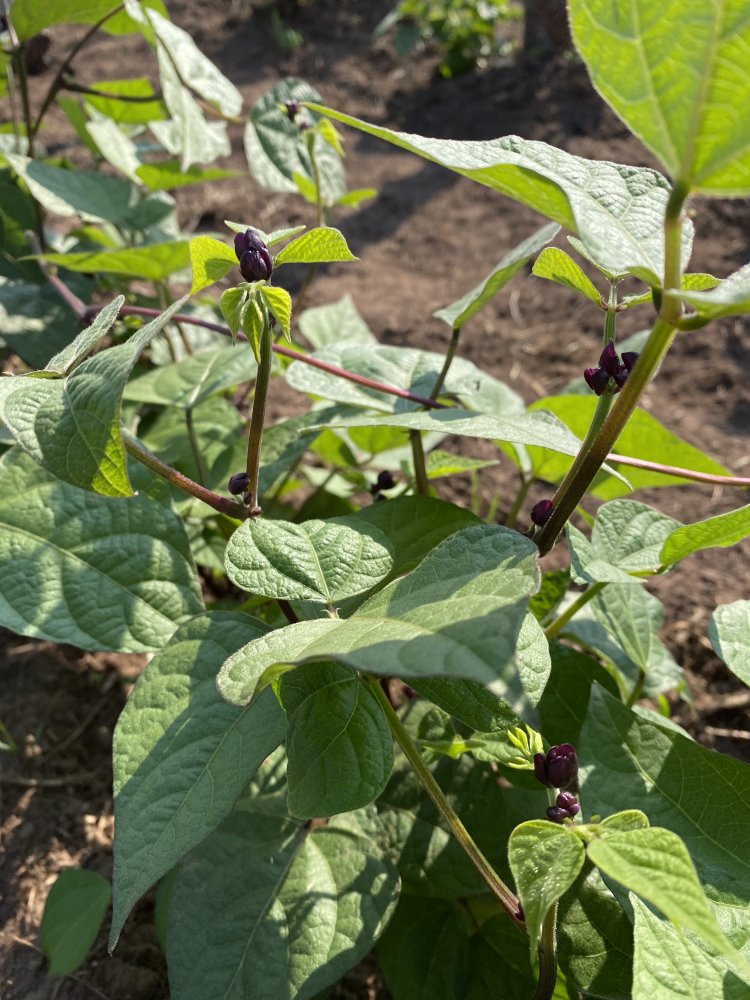 Viola looks like it has flower buds ready to open. 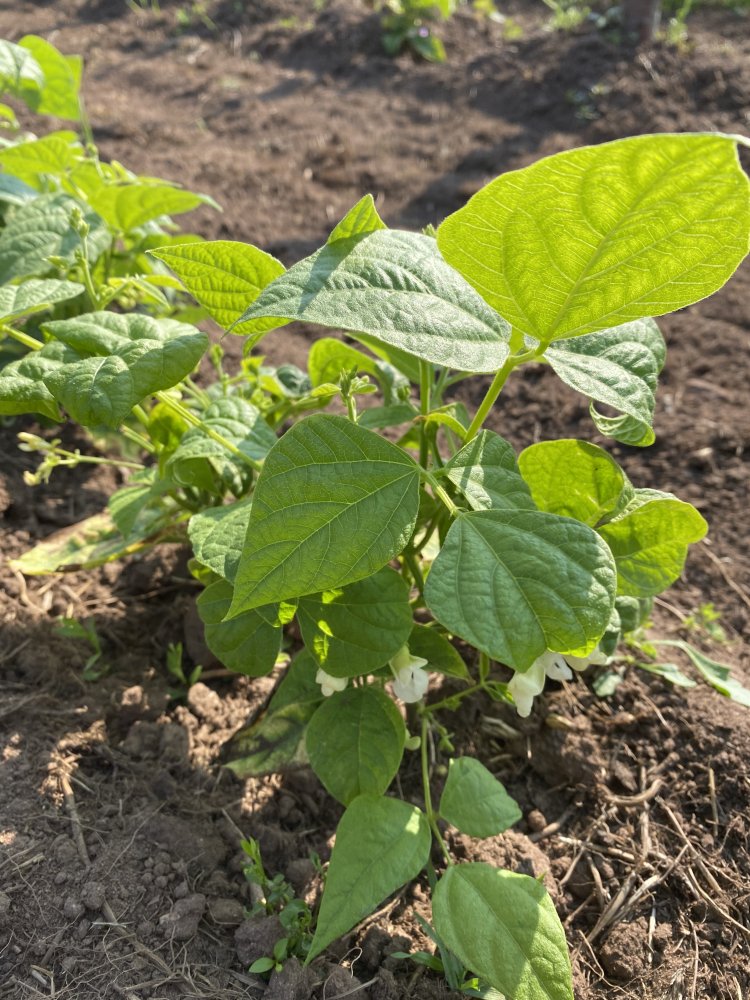 Fort Portal Jade looks a bit runty but is flowering. 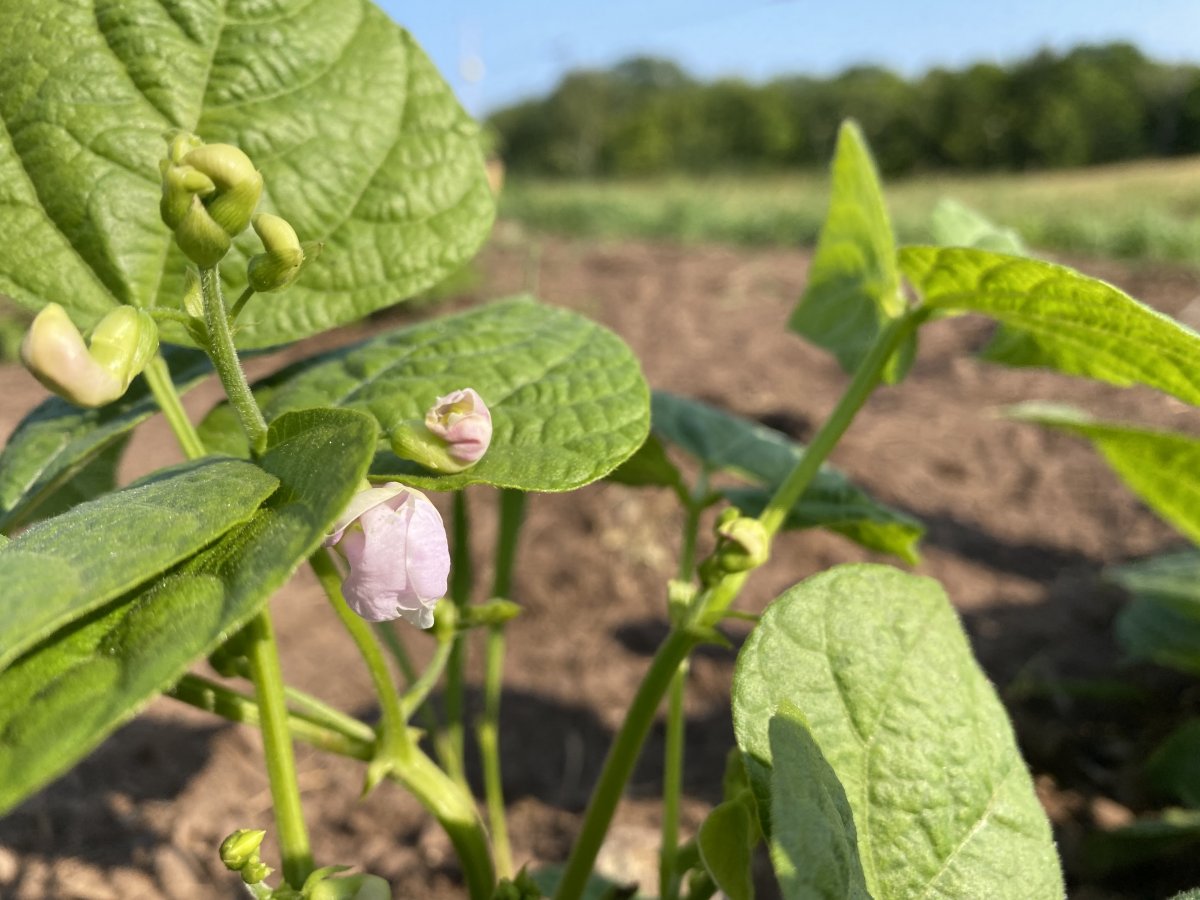 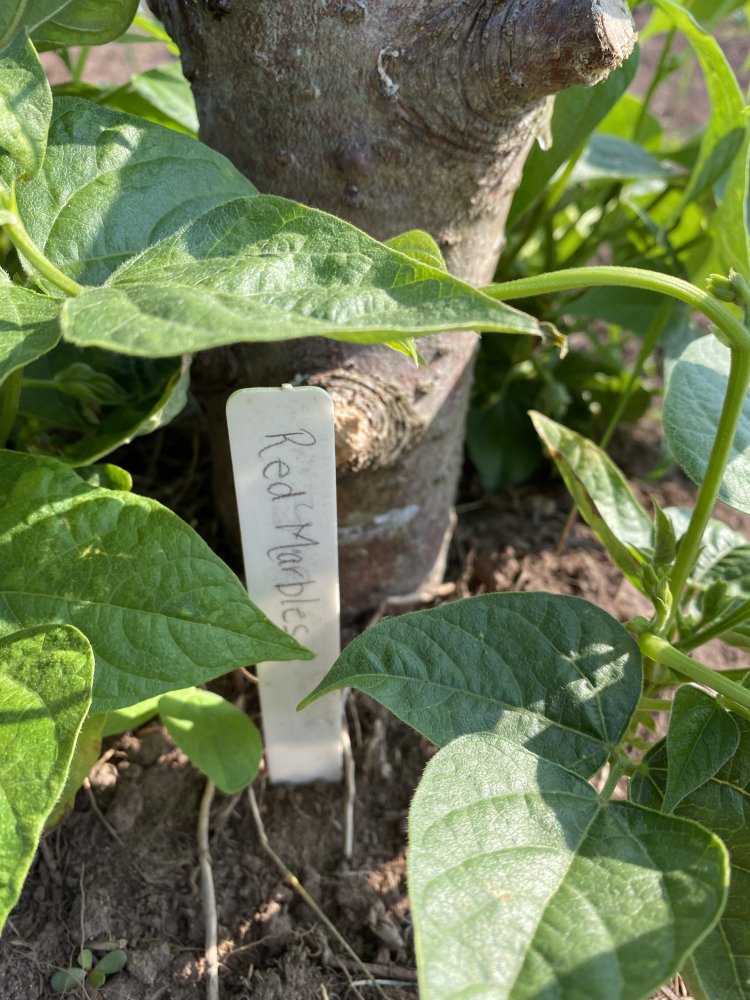 Red Marbles is showing good growth but no sign of flowers. 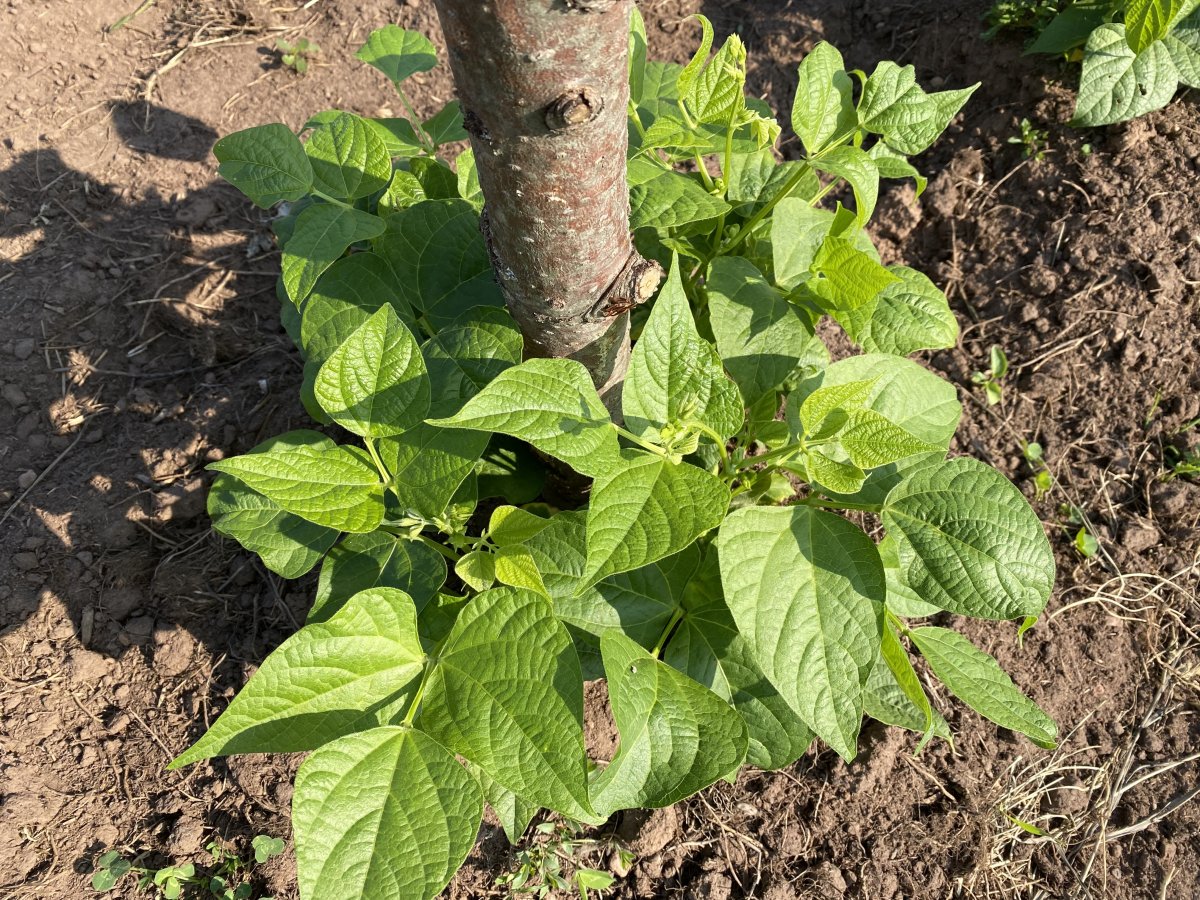 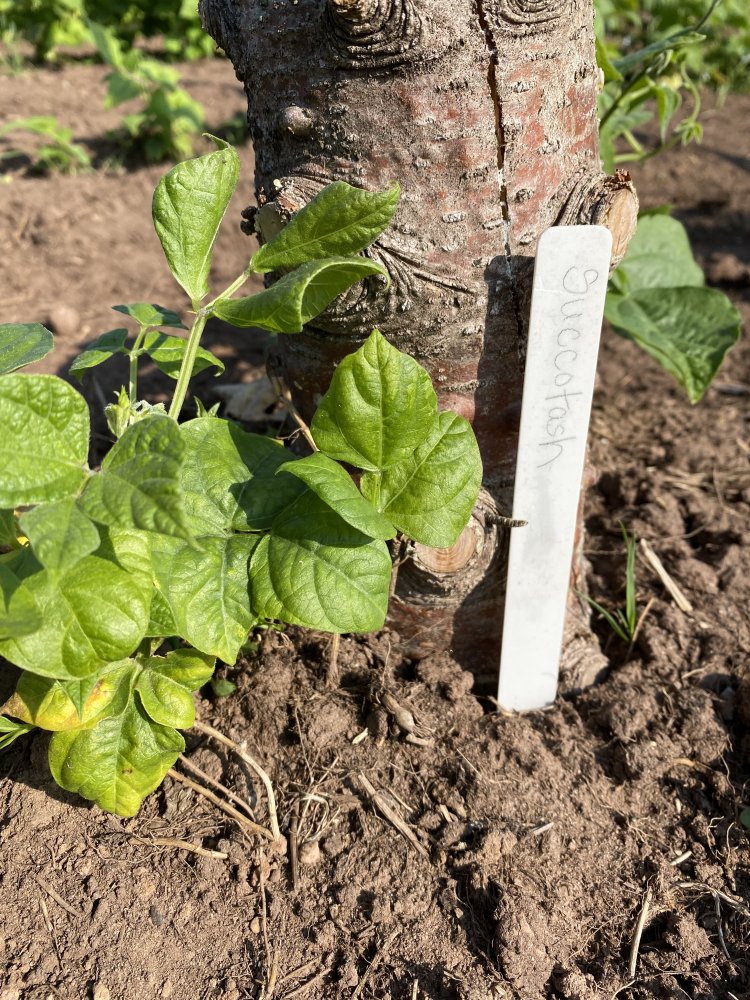 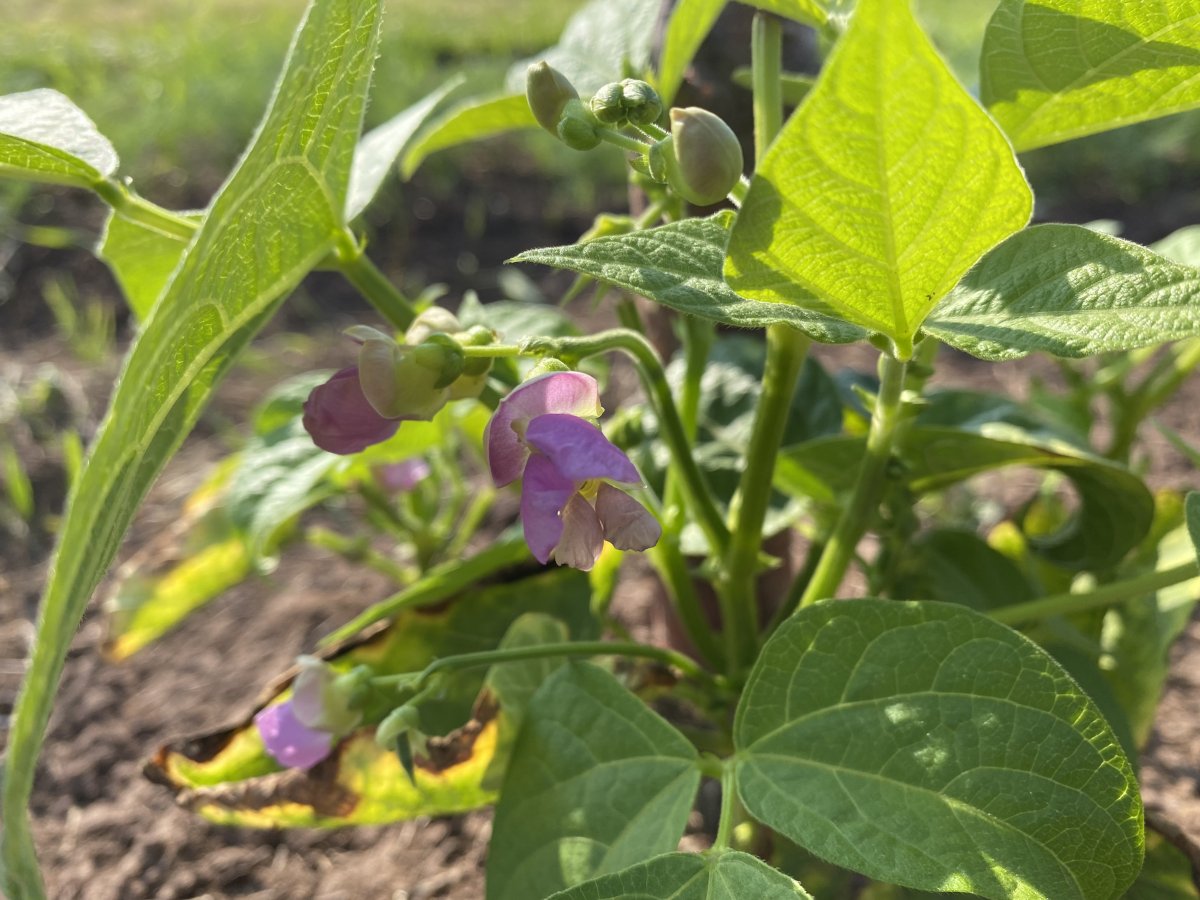 Pale Gray Lavender is flowering in spite of being the apparent favorite deer snack. 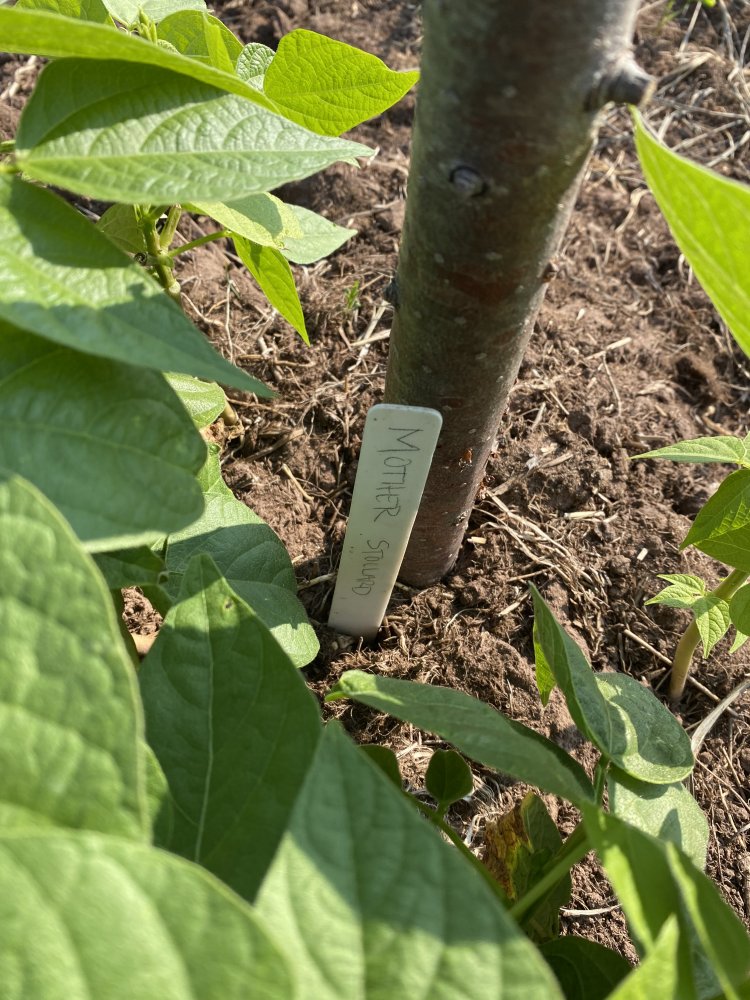 Mother Stollard is getting a better start than it has in years past. 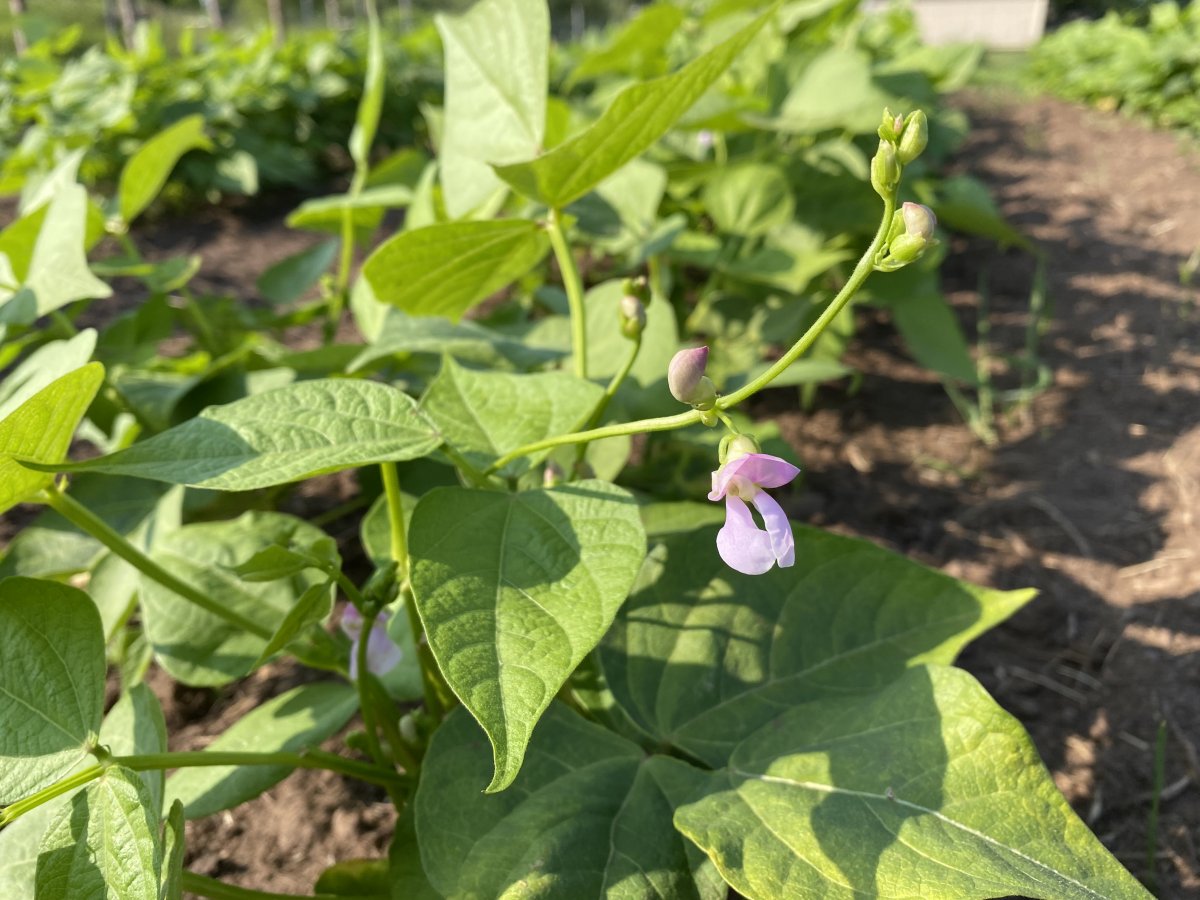 Tongues of Fire and Hutterite are going fairly gang busters.

What has your weathr been like this growing season so far? Temperatures and moisture. Your Dapple Grey plants look fantastic.