Triffid said:
Thanks ducks! It's true the soil looks rather the worse for wear in that photo.

We haven't had rain for the whole growing season. I did incorporate some (never enough) compost and worm castings under the rows but the surface looks dire. The rest of the beans in there are healthy, so it would be odd if that one plant in the middle had died from dehydration, but it's not outside of the realms of possibility. Especially after the heatwave a couple of weeks ago.

In another bed, 'no-dig' and covered in compost, there is the same issue with a bean plant in the centre dying inexplicably - luxuriant growth from the beans around it. I've been so busy I haven't exhumed the roots yet, but given the stems a good tug and they didn't come out.

There is no shortage of worms on the plot. They seem to love that super dark green waste compost. When it rains in autumn the surface of the soil is nothing but black castings. Walk along the woodchip paths between the beds and you can hear a great squelch as they retreat from your footsteps. But they know what's good for them, and have hidden down in the depths of their tunnels this summer.
I agree wholeheartedly that adding organic matter is the way to go, and goodness does it make so much difference. Do you dig your horse muck in or use only as a surface dressing?
Click to expand...

No rain for your whole season, and your in England?! Wow!

Quedlinberger Speck looks productive. Are you eating any of the beans pictured or just for seed?
Click to expand...

Thank you @Triffid. I haven't eaten a single pod of them! I only got 2 beans to sprout successfully (darn white beans!) so I'm treating them like precious jewels to be mined at season's end. Yes, I'm surprised how productive it seems to be. I'm looking forward to trying them next year.

HmooseK said:
@heirloomgal @Bluejay77
I’m curious about your bean poles. How do you keep them upright? Are they buried in the ground or attached to a base plate. I always have to scramble around with string for my pole beans. Usually it’s something last minute when I can wait no longer for something for them to climb. Having a system in place would be so much easier!
Click to expand...

I do pretty much what bluejay does (I copied him!) but because of lumber - $$$ -
right now I use small trees. Thus I can't pound mine in like bluejay, I use a mine scaling bar and drive 2 feet holes into the ground and then drive the pole in. They NEVER fall over! It's amazing; I've had a few trees break from old age (my fault), but not fall over. It only takes me about 2 or 3 minutes to make a hole and get the pole sunk. I even copy bluejays 'screws' by leaving 3-4 inch branch stubs along the poles for some anchorage. I put a point on the tree bottoms last year, this year I didn't and they went in just as easily.
Last edited: Aug 3, 2022

The Bluejay 1x2 furring strip idea works. I was not patient enough for the hammer so i used a T post driver on them, they wobbled considerably and I broke a few knotty ones but it worked. I should have been more picky at home depot but they didnt have very many that were not knotty

I saw that a guy on the seed savers exchange whom ive bought beans from, jimmy bean, pounds in T posts and slides pvc pipe over them, i think he also puts screws in the pvc pipe also. I saw it on a facebook post in i think heirloom beans group.
I have not attempted that method. and maybe next year i may put up cattle/ hog panels with T posts and then ziptie the furring strips to them so i dont have to pound them in? I like the birch tree or sapling method also. There seems to be a million bean trellising methods that all work.

heirloomgal said:
Do you have birds landing on yours too?
Click to expand...

It seems the only birds that land on my poles are sparrows. I think they are looking for Japanese Beetles. The Sparrows don't stay long, leaving soon after they arrive. That is what I observed with the pole beans that are planted in my backyard. What might land on the poles in my large pole bean grow out 3 miles from my house I have no idea. Again speaking of my backyard garden. Shortly after the soil is roto-tilled. I have robins showing up looking worms. They keep coming even after I have mulched the soil with grass clippings. Once the beans have developed a lot of foliage and cover a much wider area around the poles. I don't see the Robins anymore.

Almost all of the late-planted beans are blooming now. 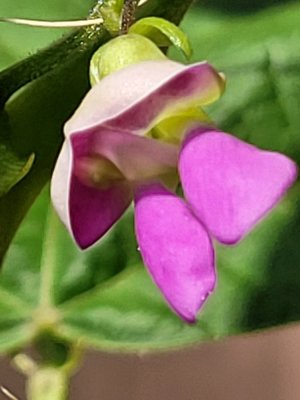 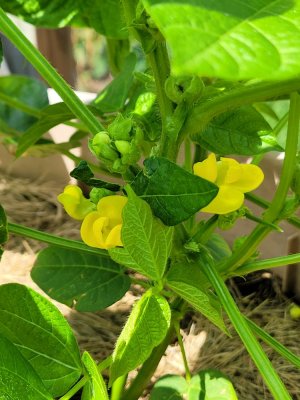 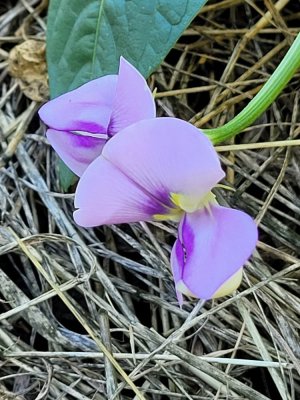 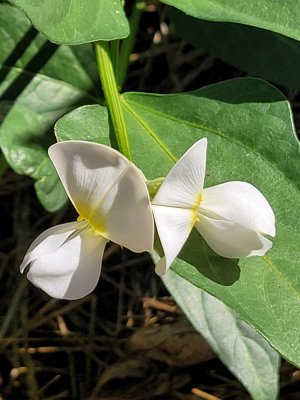 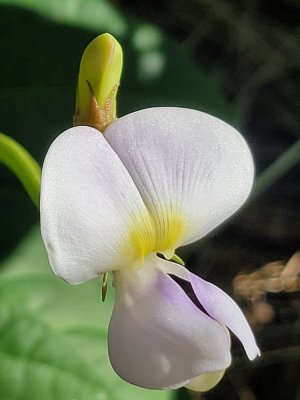 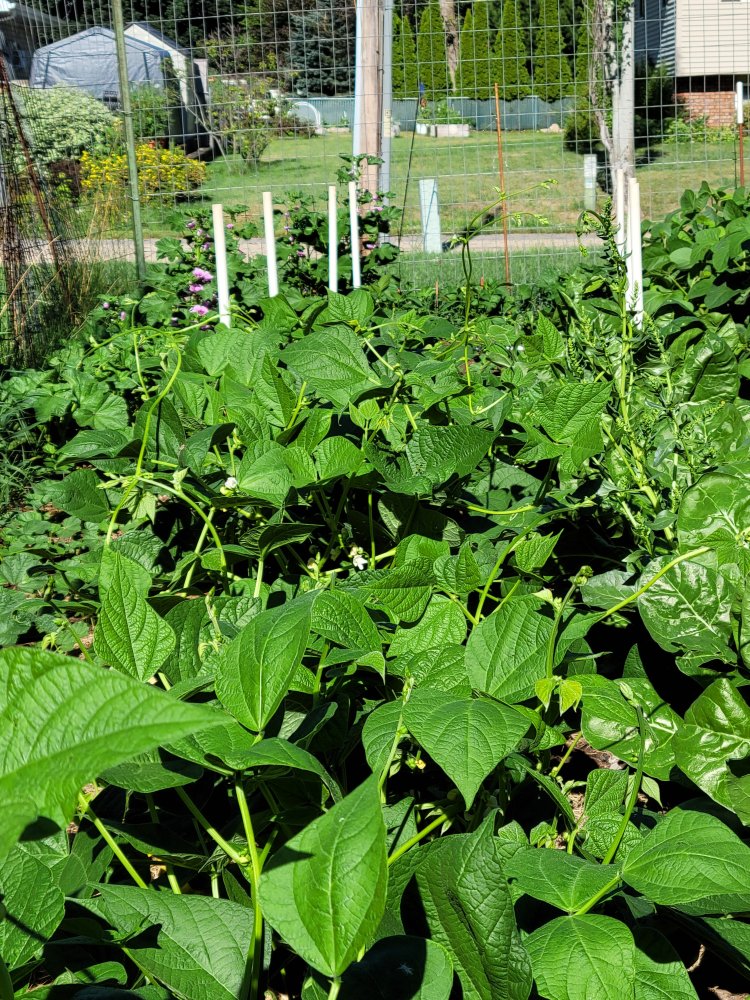 The bush bean Uzice likes to throw up a short runner; but if I prune that off (as I usually do) no more runners appear. 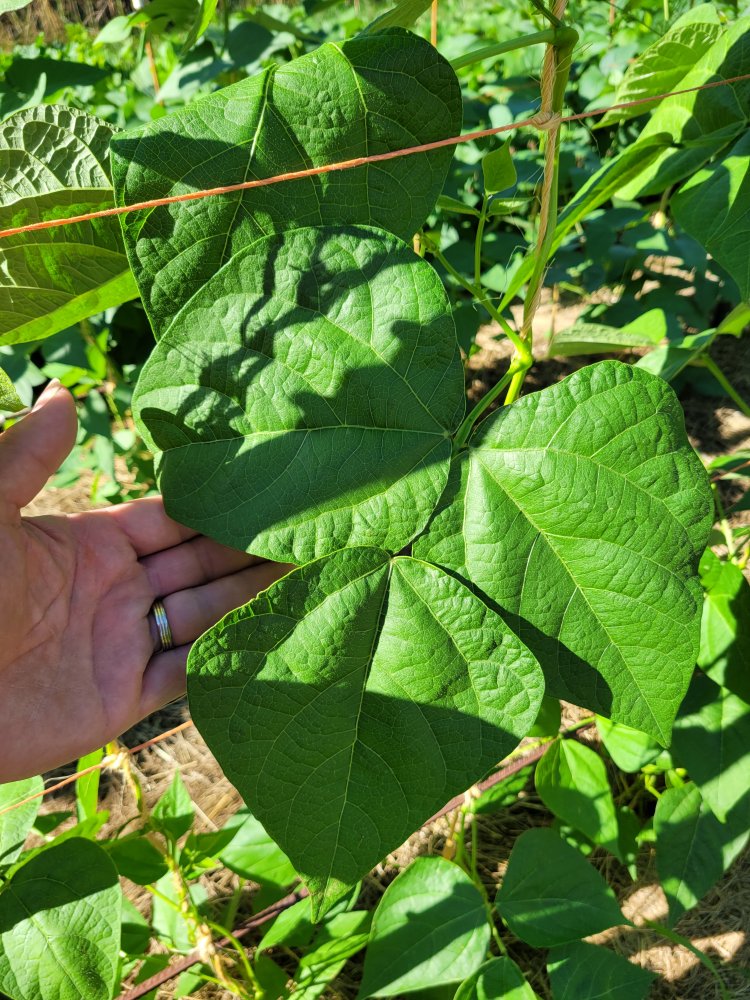 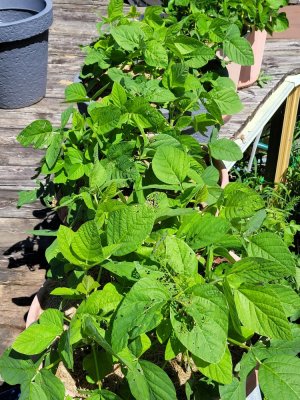 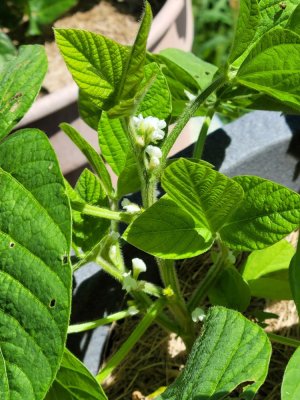 Sapporo Midori, one of the soybeans rescues, is doing well. They are in pots elevated above deer & bunny damage... but that puts them in the JB flight pattern, so I have to check the plants often.

@Zeedman, pruning bush beans? Please explain how and why. Thx!

I don't grow many bush beans, but a few of those often send up one 2-3' runner. Both Atlas & Uzice did that this year. Those runners don't get many flowers & are long enough to tangle, so I usually just trim them off. The plants will not send up another runner (so they are not half-runner types) and the pruning doesn't appear to affect the yield.


heirloomgal said:
No rain for your whole season, and your in England?! Wow!
Click to expand...

I exaggerate slightly, but not by much. Dry sunny spring, and only a handful of 'surface wetting' rains this summer that I can recall besides a couple thundery days with downpours. Regions in the south and east were especially dry, with southern England reporting its driest July on record in a series that goes back to 1836, with 10.5mm of rain, which is just 17% of its average rainfall. We had a dry April with 36% of the average rainfall at 19mm. Similar figures for March here in East Sussex.
You must log in or register to reply here.
Share:
Facebook Twitter Reddit Pinterest Tumblr WhatsApp Email Share Link