baymule said:
Do you peel, slice and blanch the eggplant to freeze it? Do you vacuum seal it? Diamond is a new variety to me.

The Cubanelle Pepper sounded intriguing. Do youfreeze that also or pickle them?
Click to expand...

Diamond is a highly prolific, elongated purple Asian-type eggplant - as in Russian Asia. It is completely thornless, and in my Northern garden, highly resistant to disease & cool weather. It is the only eggplant that has proven to reliably tolerate my soil & climate year after year without succumbing to wilt at the first cool snap (had similar problems with okra). The bushes are very stout, and seldom lodge. It will be interesting to see how it performs in a hotter climate. 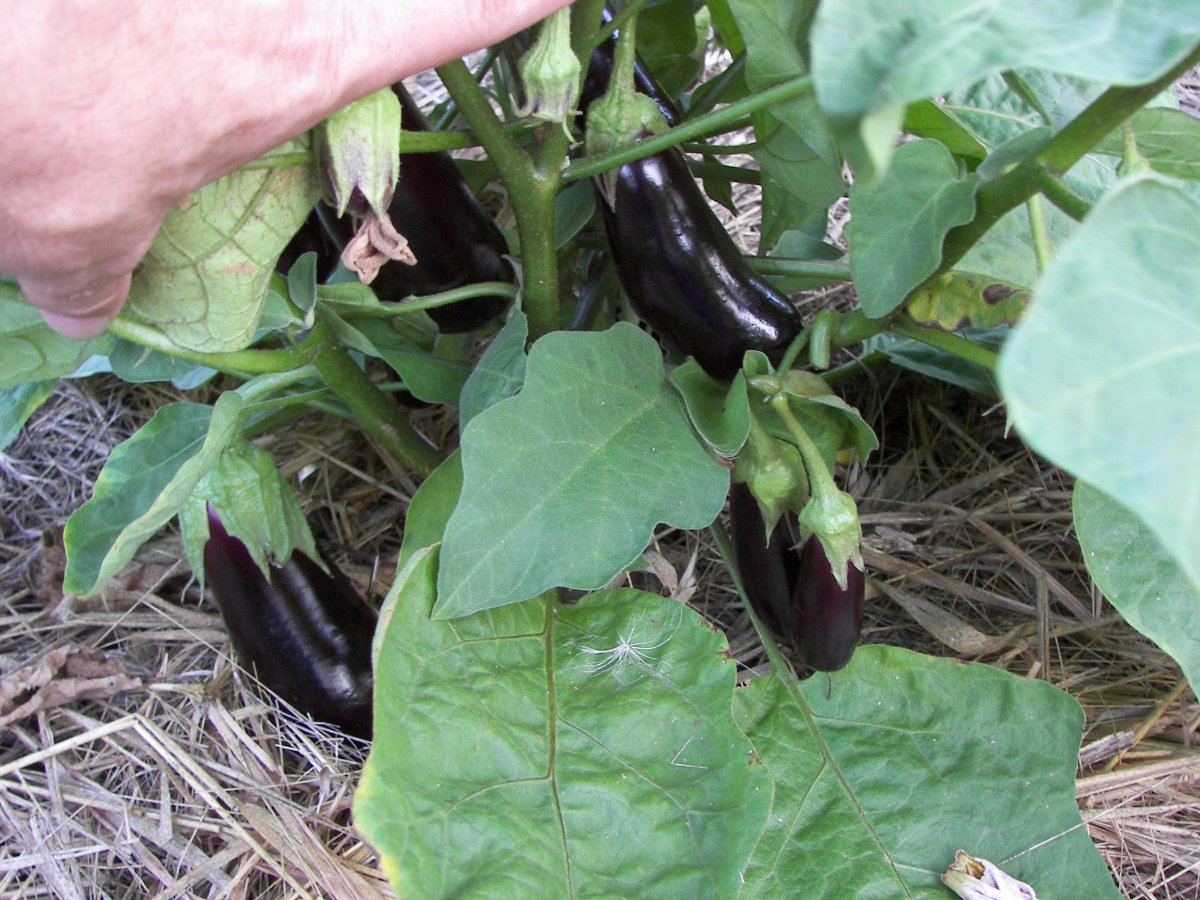 To freeze them, I wash & steam them with stem attached, allow them to cool, then peel & freeze - still with stem attached - in a single layer on cookie sheets. The cooked & peeled eggplant really stick once frozen, so non-stick pans work best for this. Once frozen, they are chiseled off the pan (I'm only half kidding) and transferred into vacuum freezer bags for storage. We use them all winter; cut lengthwise into fans, egg battered & fried (our favorite); chopped up into omelets; as part of an okra, eggplant, and tomato salad; and added to soups.

Pickled eggplant... hmmm... sounds interesting, thanks for the idea.

Cubanelle is a large (up to 4 ounces) semi-bell pepper, 5-6" long X 2.5" at the shoulder, tapering to a blunt 1" end. The plants were remarkably prolific in my garden, so loaded that they fell over under weight... so some form of support is recommended. Fairly late, which obviously wouldn't be a problem further South. I didn't particularly like the green peppers raw, but they were very good fried. I liked the ripe red peppers better. To be honest, I had so many other peppers that year that I gave most of the Cubanelles away. Can't find any photos in my archive, it seems didn't take many photos in 2014, when I last grew it. I still have a lot of seed from that year; but since I am several years behind in my seed renewals, it is probably of questionable viability.

Cubanelles I grew bore well. Were good fried if you wanted a little kick but very little heat. Wide didn’t appreciate them so I now grow hot for me, sweet for everyone else.

@Zeedman. Do you want to try some okra? They have done well in NE Indiana where cold snaps ruin okra. I’m on sand so no guarantees how they will perform on soils with clay or actual top soil....
Last edited: Mar 6, 2020

@Zeedman why do you leave the stems on? Do you find they keep better frozen whole as opposed to sliced? It does get hot here, we’ll see how they do.

Have you or @seedcorn ever stuffed the Cubanelle peppers? I hope these do well, if they do, I’ll spread them around the neighborhood.

Today I planted a row of purple mustard. I weeded and raked 2 rows to plant English peas and 1 row for radishes. We’ll have our 2 little granddaughters tomorrow through Thursday night, so we’ll plant stuff tomorrow.

No on stuffing Cubanellas. Wouldn’t know why they wouldn’t taste good that way. Wouldn’t be as easy as bells to stuff.

baymule said:
I ordered online, got free shipping, but nothing special. I got 2 free seed packets, white zinnias and dill.
Click to expand...

I made two different orders and got white zinnias and yellow pear tomatoes for my free gifts. I liked the free shipping.

They are in the closet under shop lights.
Click to expand...

Where did you buy the Cubanelle from, Baker? I planted some, but old seed and the last time I planted old Cubanelle they did not come up, so kind of worried if mine will come up. Should just go order some now.

Lickbranchfarm said:
I like the OSB idea, those racks are kinda flimsy. I had the same idea as you for the lights, I only have 4, I'll have to get 2 more, Thanks for the info and Pics!
Click to expand...

ninnymary said:
Ok, what is OSB? 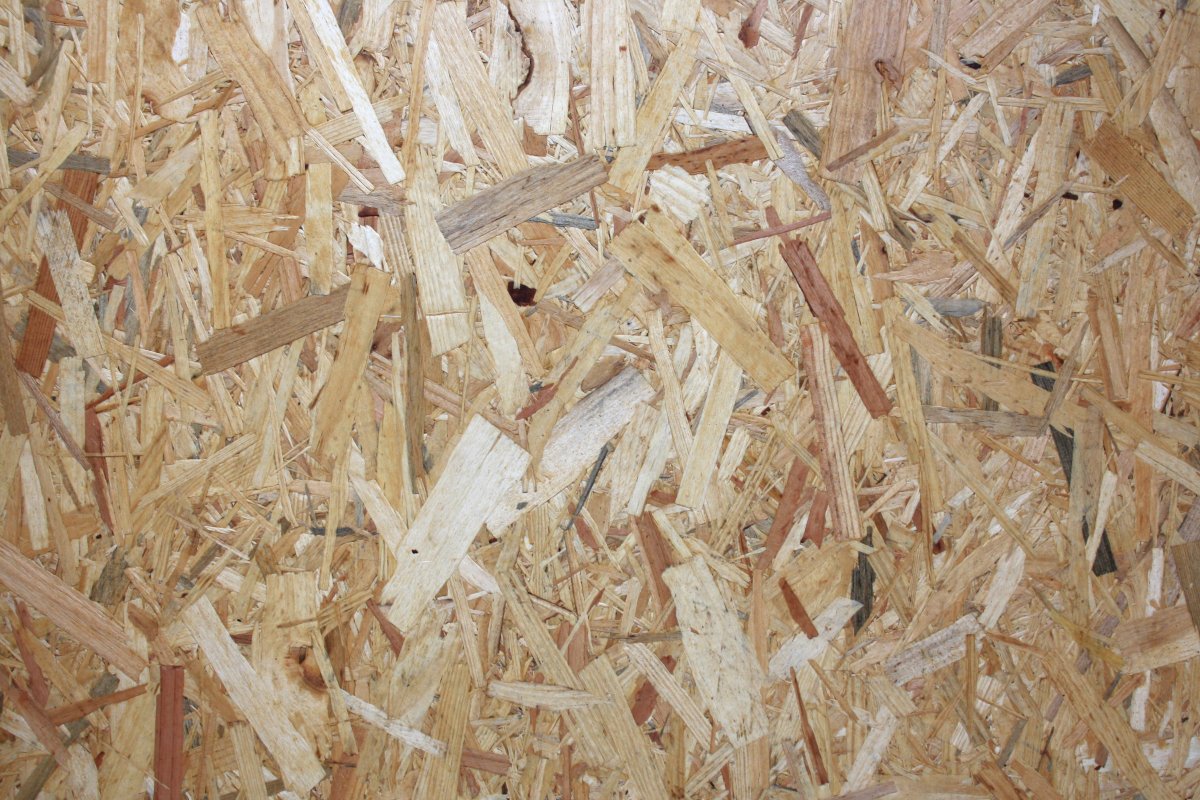 Some call it particle board

ninnymary said:
Ok, what is OSB?

OSB = oriented strand board.
Actually a different composition than particle board. I think it has more structural strength.

Gardening with Rabbits said:
Where did you buy the Cubanelle from, Baker? I planted some, but old seed and the last time I planted old Cubanelle they did not come up, so kind of worried if mine will come up. Should just go order some now.
Click to expand...

Yes, I got the seed from Baker Creek. Did you like them?


seedcorn said:
View attachment 34558
Some call it particle board
Click to expand...