Can you use light to attract them to sticky tape?

Ridgerunner said:
Can you use light to attract them to sticky tape?
Click to expand...

I only ever see one at a time, and can't predict where they'll show up. To catch them that way, I'd basically have to cover every wall entirely with sticky tape.

The best I can do is what I usually do, keep an empty container near me, and hope that, when I see one, it's somewhere where I can get across the room quick enough and slam the container over it, then slide it down to knock it off the wall into the container, then slam the lid on before it can crawl or fly out (same as I basically do with wasps or yellowjackets, essentially) The only reason I missed the two that have so far showed up is the first was at a bad angle (and when I tried to grab it with my fingers, it slipped out and hit the floor and then ran away before I could move again, and the second was across the room and too high up, so the TV cabinet got in the way.

If they don't get alarmed, they usually won't try to run until it's too late. And as for speed, I've caught mice using just a small plastic container, and they are a LOT more skittish and fast than these bugs.

you can sometimes slip a piece of paper over the container while it is still against the wall, floor, etc to keep it in there while you put a better lid on it. 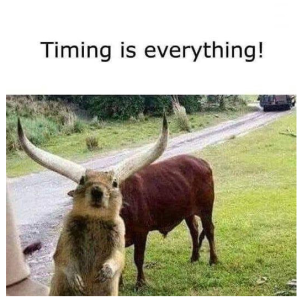 ninnymary said:
Did you have to look at lots of properties before you found this one? I take it you will do the projects inside before your surgery?

I looked online several times a day, went to see some, then found this place. I’ll get the inside done before I move in. Thinking about hiring some of the fence done. It’s hot and dry, the ground is hard, it would take too long for me to pound in T-posts. I’ll get enough fence up to hold sheep/dogs over the winter. I have a lot of stuff to move, hope I can get it all done before surgery.


Marie2020 said:
Congratulations on getting your new home

PLUS Making more work for yourself

I thought I told you too take things easy lady .

Hahaha! I’ll HAVE to take things easy when I can’t walk!

Vanilla Berry Puffs (mostly corn), Rice Squares and Cheerios in my cereal bowl this morning. I just barely had room for an extra large banana! Think that I can do better than the Puffs but will have to finish the box .

Critter control ads on teevee and I'm thinking about @Zeedman 's and @Cosmo spring garden 's voles. I also have set mouse traps and flooded burrows, both with some success. The neighborhood coyote has been an ally .

Saw a marmot in the neighbor's pile of stuff this month. Cannot find evidence of a burrow but was puppy-sitting Garbanzo the dog. I'm not setting a 7# dog against a marmot (up to 20#) but she pooped twice on the neighbor's lawn on 2 visits so the cleanup resulted in Garbanzo poop joining marmot poop on top the pile. Let's see how he enjoys that, the rascal!

And, speaking of rascally critters, Benjamin Bunny ("2-5 litters per year...litter sizes average 4–6 kits") was in a large pvc pipe where we park the pickup during garden work. He hung out for about 15 minutes before making an escape much to tethered Garbanzo's frustration! (He would probably whip her if it came to a confrontation but there wouldn't be any backing down on her part, despite her small size and 12 years of age .)

digitS' said:
And, speaking of rascally critters, Benjamin Bunny ("2-5 litters per year...litter sizes average 4–6 kits") was in a large pvc pipe where we park the pickup during garden work. He hung out for about 15 minutes before making an escape much to tethered Garbanzo's frustration! (He would probably whip her if it came to a confrontation but there wouldn't be any backing down on her part, despite her small size and 12 years of age .)

DS saw a baby rabbit the other day out by the garden and I was all upset thinking somebody had dumped another rabbit, but I never saw it again and then the other day he saw one in the front of the house by the driveway and he said he is pretty sure both of them are wild cottontails and not tame rabbits. I have never seen a cottontail in town all the years here, but last year I saw a coon and that was the first time too.

Bunnies galore at my new place in So. WA. Sooooo many!!

Rhodie Ranch said:
Bunnies galore at my new place in So. WA. Sooooo many!!
Click to expand...