Been taking pictures, some successes, some failures, but good GOLLY, it's almost APRIL and I haven't started my thread yet!!

I will start with scary pictures of DD and DH. Courts are closed until April 13th, maybe longer. DH has all cases continued. DD, who is an Assistant State's Attorney, is on full pay, but part time work, 1 day/week for the next several weeks, but expected to go in and work on files on another day. She and her sister did a massive Spring Cleaning, including putting together three 16" x 20" stainless steel open weave storage shelving, on wheels (2 lock.) Sunday they put together the 20" white cabinet --

Nothing ruins delicate clothing like shoving it in an overstuffed dresser. That’s where this spacious, six-drawer lingerie chest comes in handy! This charming chest strikes a space-saving, slender rectangular silhouette with simple moldings, antique pewter finished hardware, and a chic apron...

www.wayfair.com
Now, she can clean up the clothes on her floor--yes, I AM a snitch!!

Actually, she is delighted bc she didn't haven't enough storage space.
She was home yesterday, DH didn't have any appointments, I am not doing any signings until the middle of April (social distancing, of course,) so we decided to go to the range that DH and I joined in February. They have 6 bays for pistol/rifle and one elevated bay, the length of the enclosed property, where you can shoot as far as 500 yards.
Here are pictures for your enjoyment! 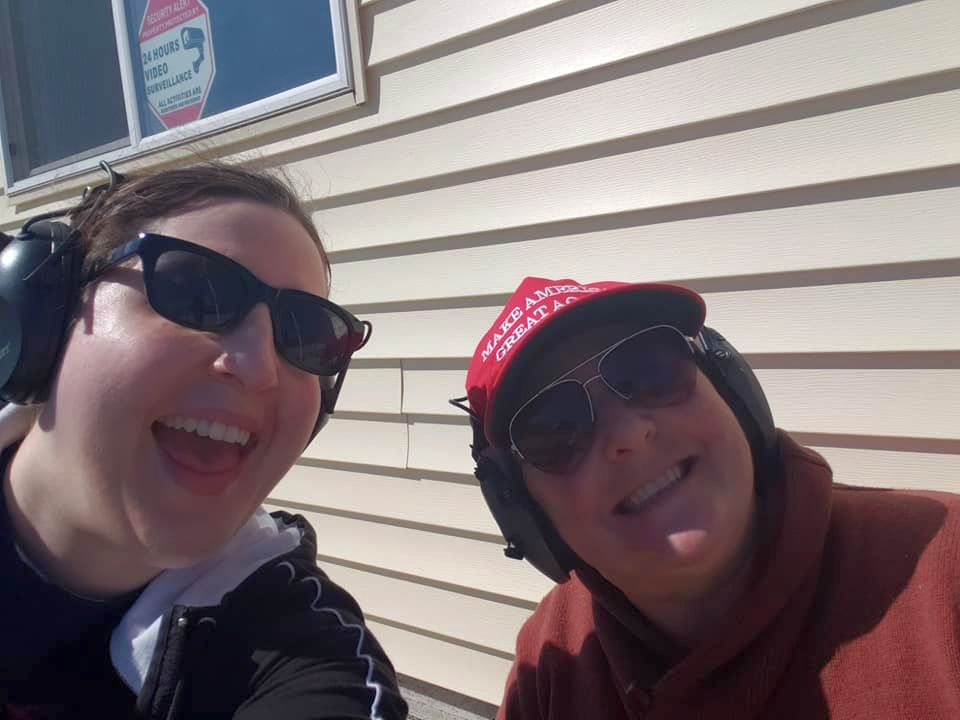 DD and me with our head gear. 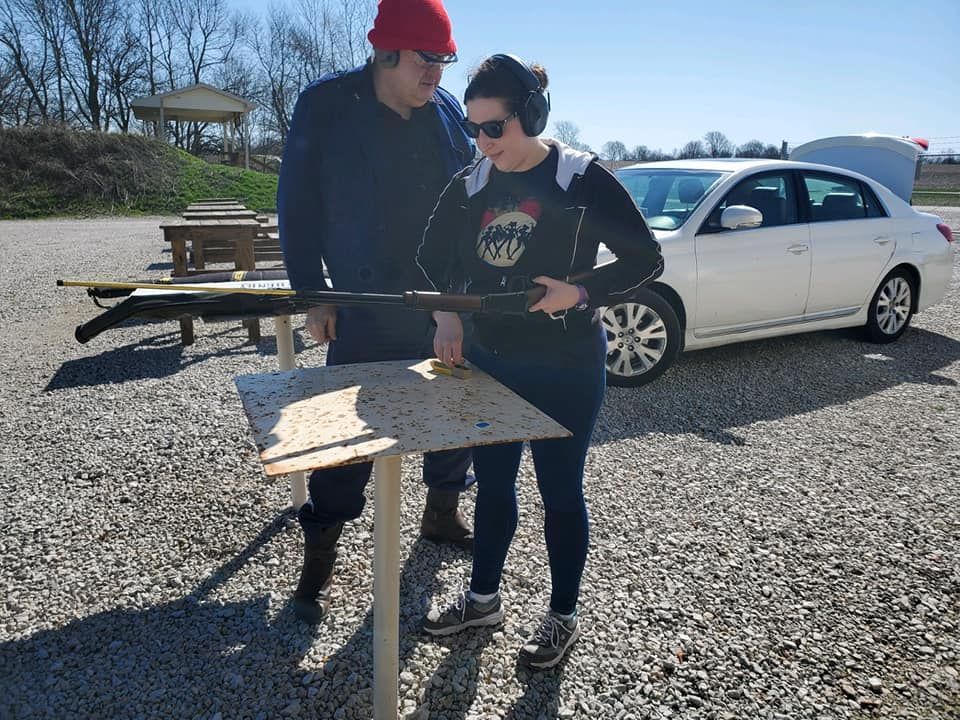 DD has owned her Henry rifle for several years and had never fired it! If you don't know already, Henry rifles are Top Notch!! 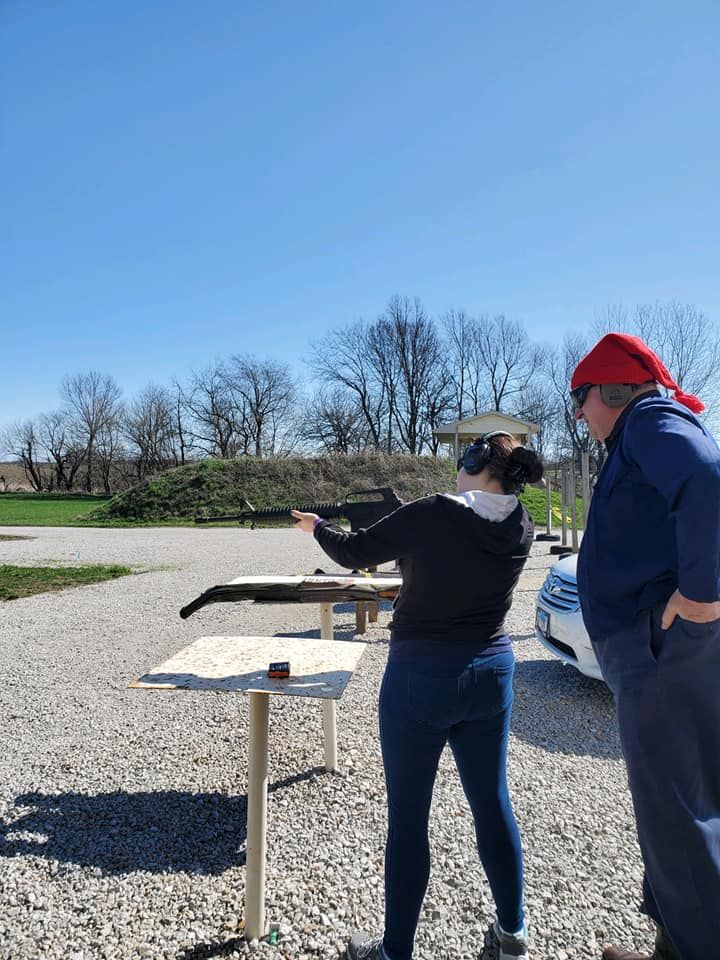 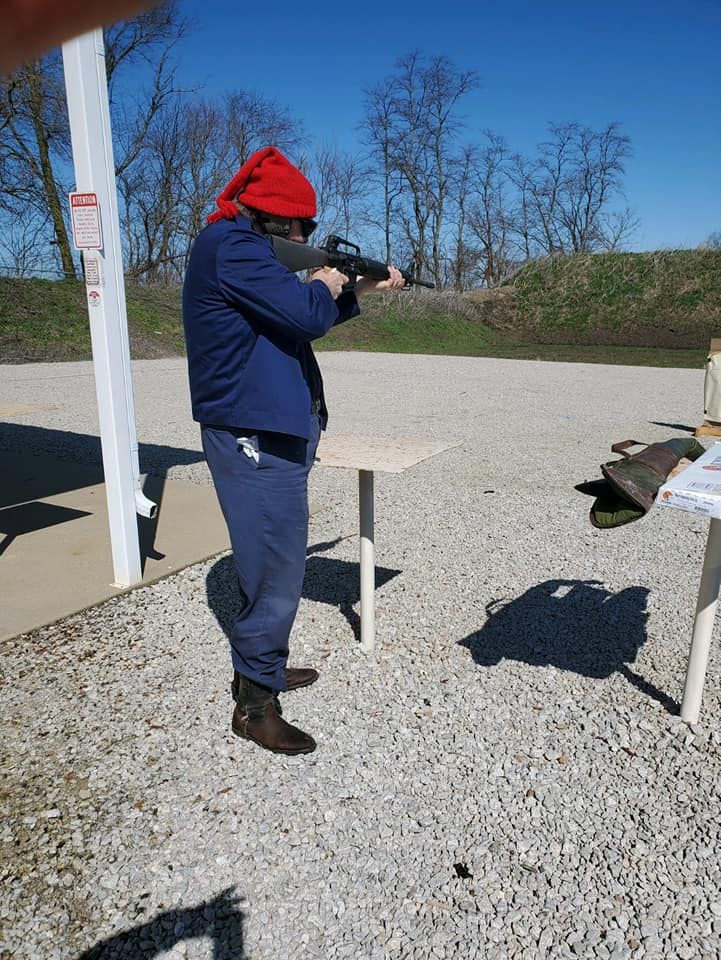 DH and went through a 3 hour orientation at this gun club. They have video surveillence and EXPECT us to practice safety at all times, with earwear and eyewear. We also took a safety test, display weapon unloaded and open, demonstrate that we can load it safely, then hit the target at 10 yards, hit at least 5/10 times. There is a lock on the gate, which we are not to share. We open the lock, enter the range and lock it behind us. We are expected to NEVER give the combination to anybody who shows up and says that they have forgotten it. "Go home and get it, then!"
Our church Security Team expects us to practice at least 1/month, live ammo or laser, which we also have at home. Since we cannot meet in person, our Team is having a weekly bible study on Zoom, Monday nights. DH is really enjoying it. He is not much of a FB fan, and doesn't really belong to any forums, so it's nice to visit with other gun people.
Next post will be vegetation. PROMISE!!!
Last edited: Mar 31, 2020

Been busy this morning mowing. 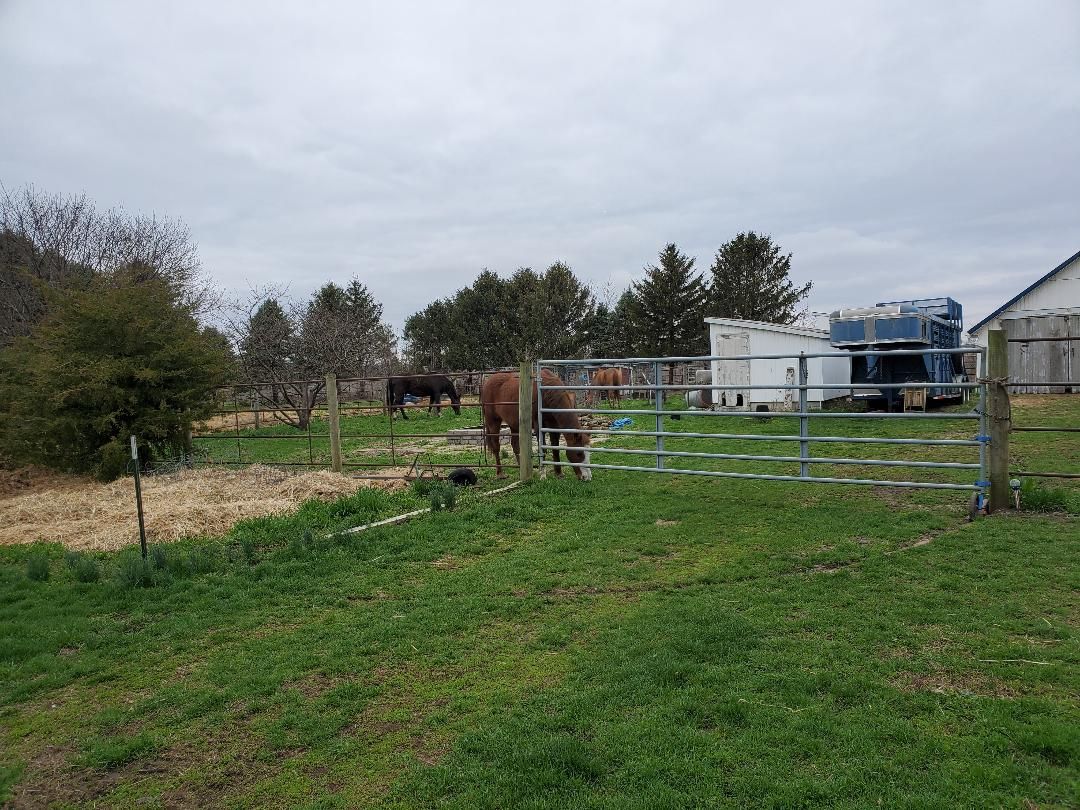 FINALLY, some vegetation.
I had some older tomato seeds, maybe beefsteak, Maybe 2019 Mortgage Lifter, that I started in 2 take home containers. Didn't look like anything was happening, so I put them on top of the dishwasher. WRONG!
There were 6 that survived my abuse: 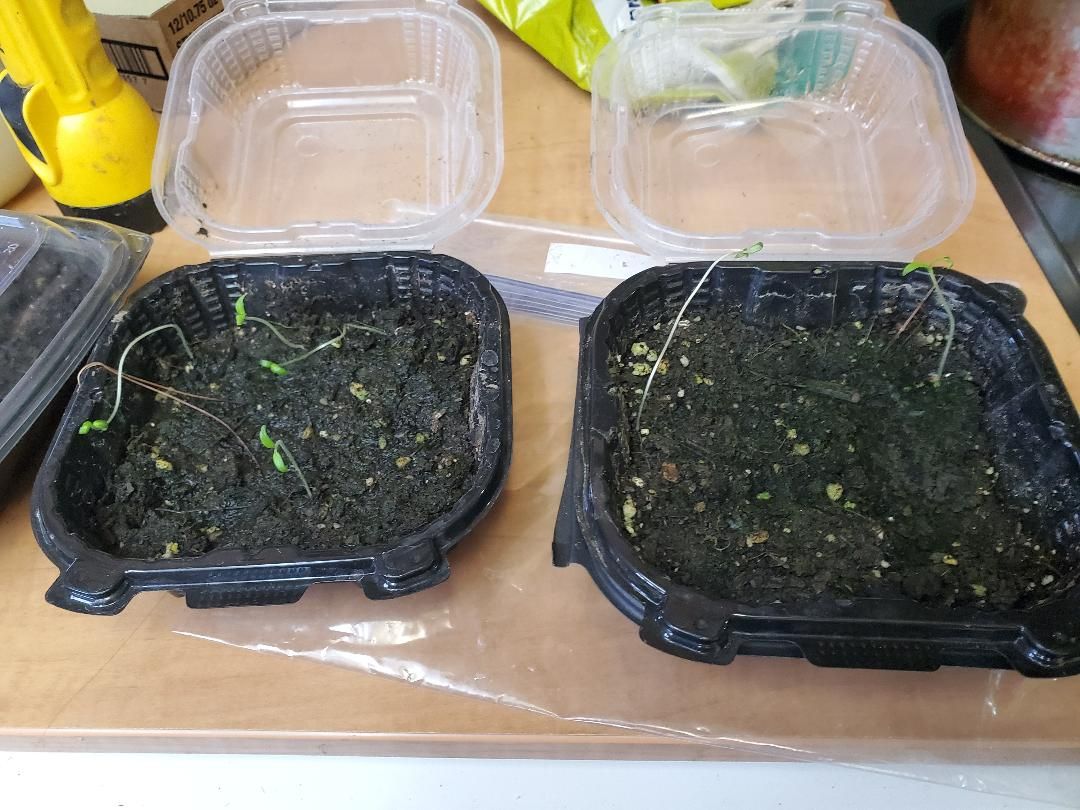 God gave me two cups that didn't make it into the garbage, so I transplanted them and put them on top of the fridge, on a heat mat and under a gro light. 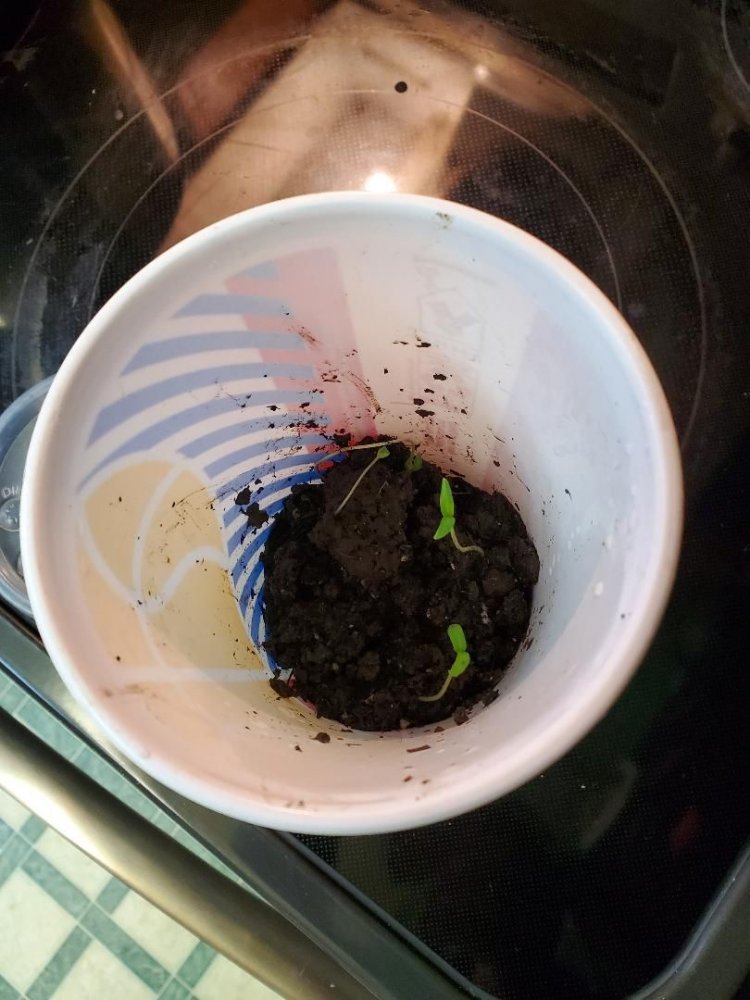 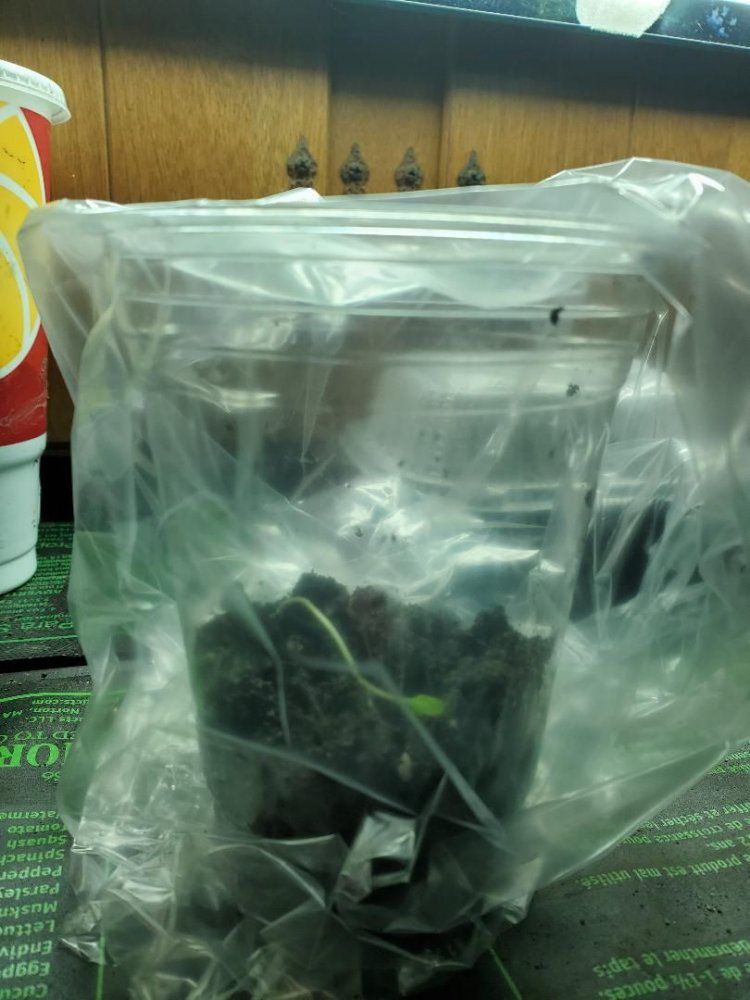 I decided to reuse the two take home containers. I planted 24 Brandywine pink seeds and put them next to the seedlings.

This season I am planted anything and Everything, including some things that I forgot to label. THIS is an herb, just forgot which one. I am nursing it along, making sure that the few seedlings don't dry out. I want to fill my beds with vegetables AND herbs AND flowers to help combat weeds. 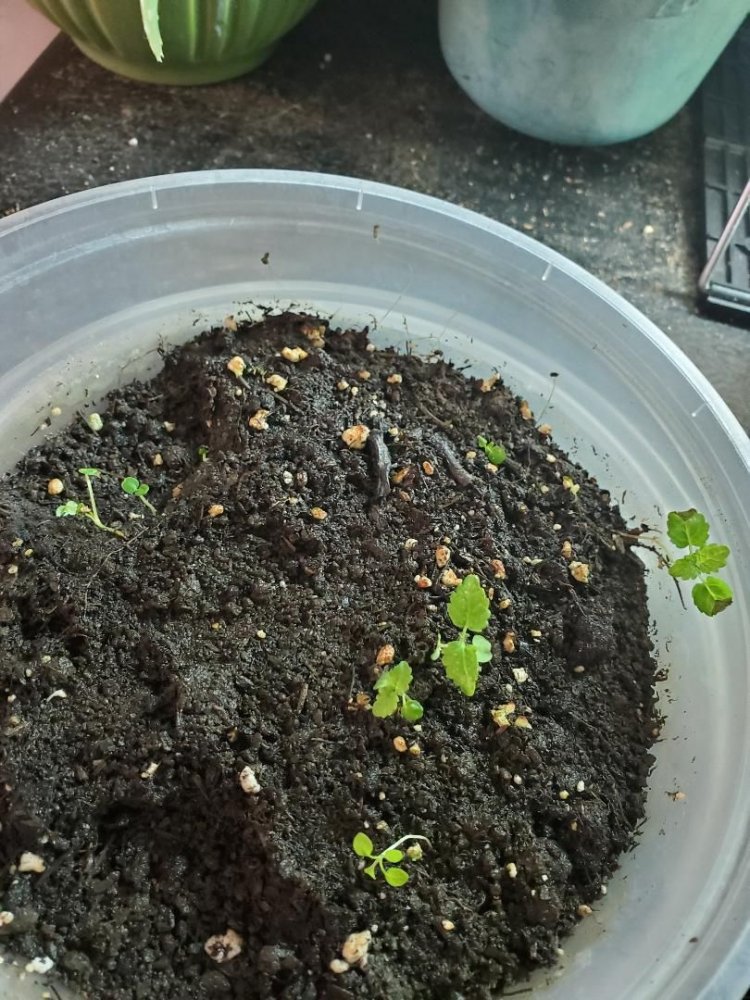 I had to work HARD to keep these Opal Basil alive!! They think that my House is a refridgerator!!!! 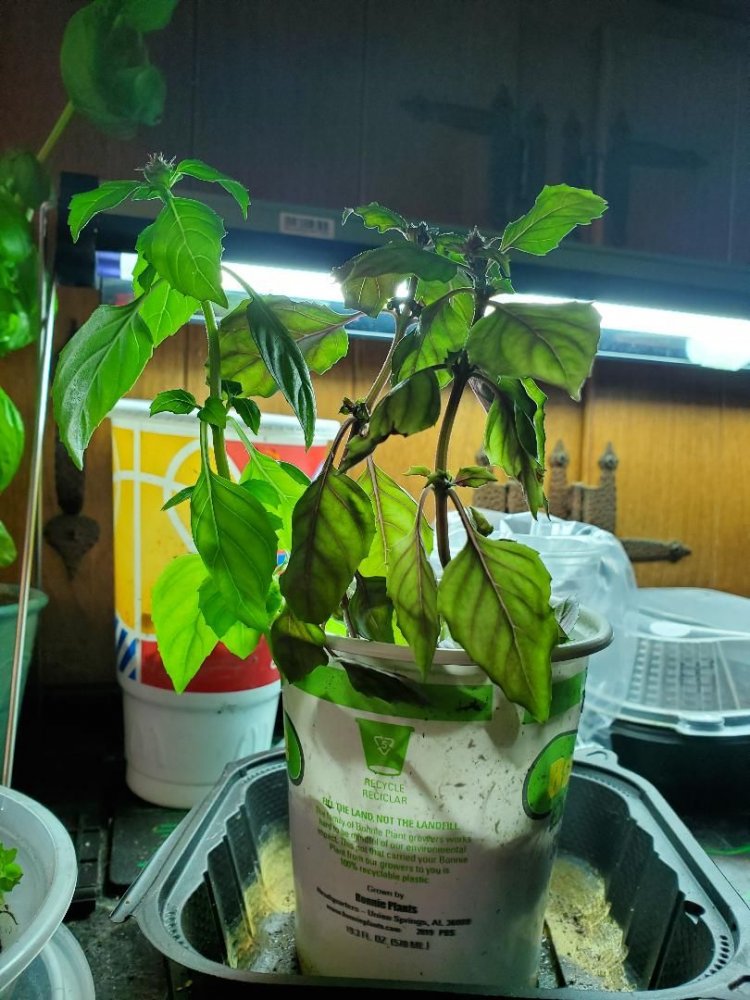 I bought this "Grow Your Own Basil" on clearance last Fall. Out of 30 seeds, THIS is the only survivor. I am pretty sure that it is a Genovese. 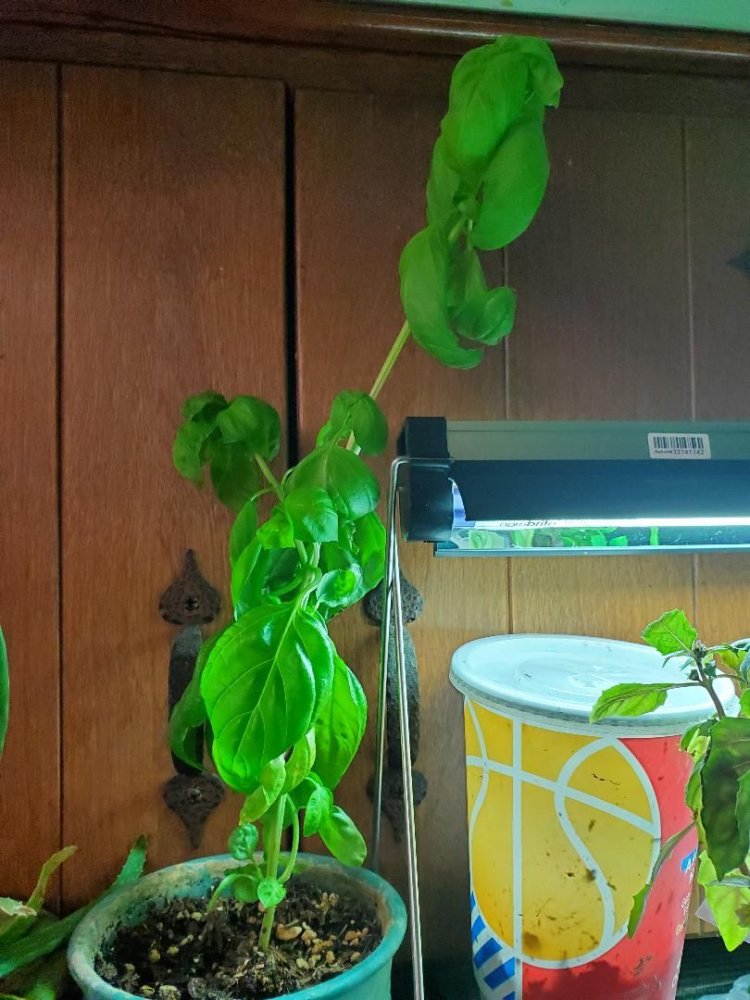 I bought this "Grow Your Own Basil" on clearance last Fall. Out of 30 seeds, THIS is the only survivor. I am pretty sure that it is a Genovese.

With leaves that size and color I think you are right.

I KNEW somebody would know!!

I prefer the Italian type basil. That is one if them. It's possible it could be another one of them but if Genovese is an option it sure looks right to me. It should have a pretty strong flavor.

Your church has a gun group?

Basil is a lovely plant ~ always welcome on the plate ```