Marie2020 said:
I love the smell of camomile, I just drift off to sleep
Click to expand...

Yes, me too.
I am boiling water to make myself a chamomile tea before going to bed.

There was a storm last weekend, so I harvested 80% of the chamomiles and put them in the water - most of the flowers will keep blooming, and it looked lovely.

With this method, they are pretty cut flowers with a sweet scent. We enjoy them with our eyes and noses. Today, I have plenty of time, so I do the final harvesting. You don't need to stay in the garden and try to collect those tiny flowers. I simply brought the vase inside and harvested them while watching Netflix. 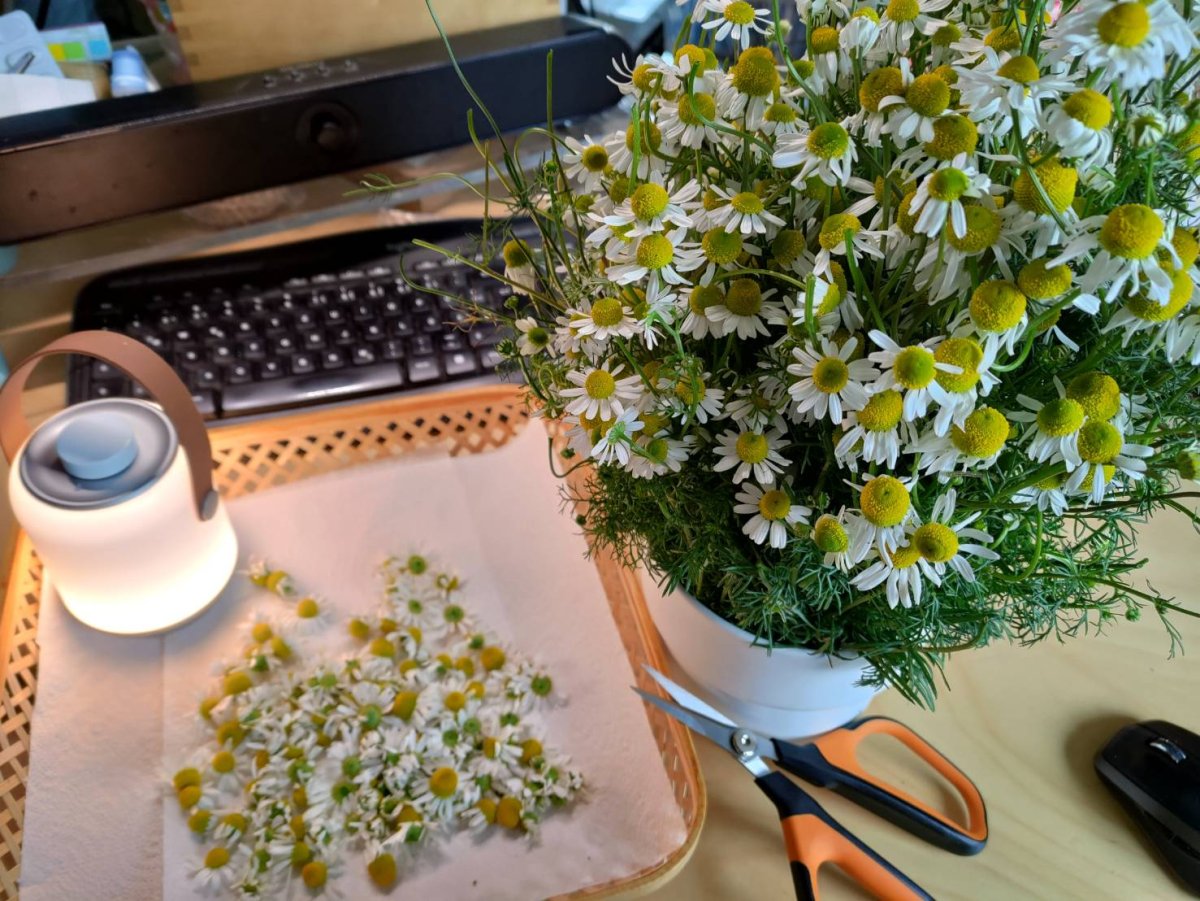 Another advantage, is you can stop whenever you want - and the rest of them can still be a decorative item in any corner. 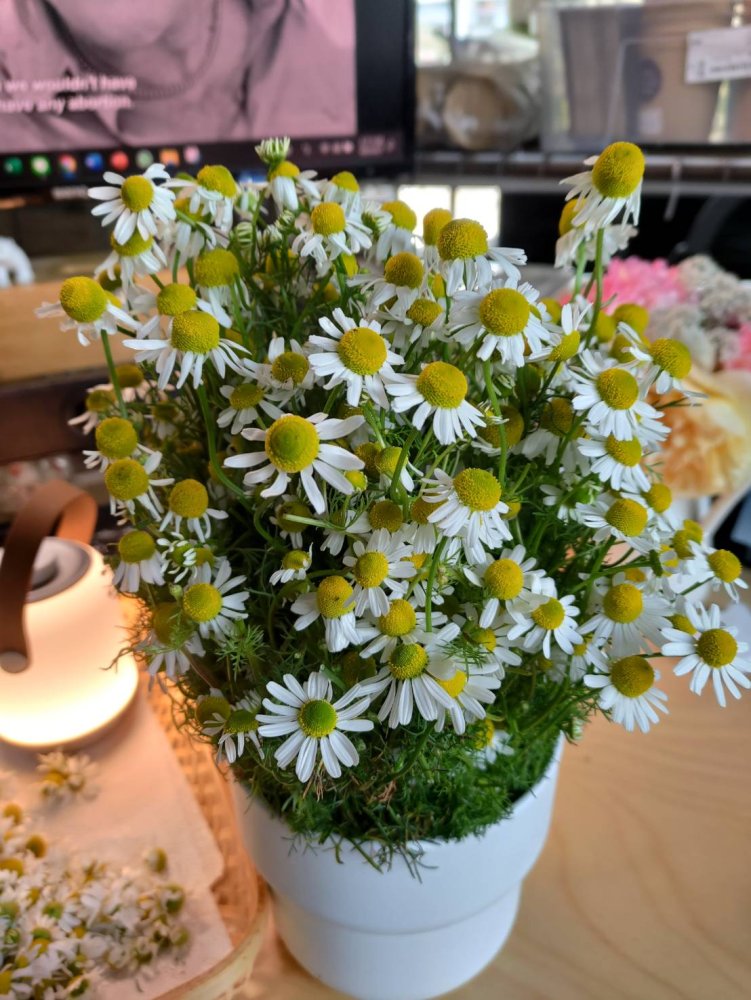 Usually, it is suggested to harvest them when they are in a fuller blossom - for securing the most essence. This status will be a bit late, but well, totally ok for me. They are just lovely. Now they are drying in the greenhouse with Roses. I took the petals only, as Bees love them so much. Phaedra Geiermann said:
There was a storm last weekend, so I harvested 80% of the chamomiles and put them in the water - most of the flowers will keep blooming, and it looked lovely.

With this method, they are pretty cut flowers with a sweet scent. We enjoy them with our eyes and noses.
View attachment 49352

Today, I have plenty of time, so I do the final harvesting. You don't need to stay in the garden and try to collect those tiny flowers. I simply brought the vase inside and harvested them while watching Netflix.

Another advantage, is you can stop whenever you want - and the rest of them can still be a decorative item in any corner.

Now they are drying in the greenhouse with Roses.
View attachment 49361

There is one trick about herbs - it's very popular here to see potted Basil, Parsley, Mint, and Chives in the supermarkets. Their price is usually about two euros.
However, the plants are more than overcrowded, as the product is designed for people to use once or twice (and then directly discard the plants).

Last year, I tried to divide one small pot of Parsley into six, which worked well. When we visited a supermarket that was renovated and re-opened after the flood, I bought a pot of basil again. Because of the overcrowdedness, those basils were quite leggy. However, most of them had quite nice roots - it's just a matter of space. If you don't want to grow them from seeds, dividing them from such a potted one can be an effective option.

Just one week later, all of the 15 pots are growing well. I am still looking for the next good time to pinch them again. However, they look much healthier than one week ago. During this week, their established roots developed quickly in the nursery pots. I also repotted a few into different planters yesterday. A mini herb garden on the window sill of my working table, with mints from cuttings, sages from seeds, and a small Geranium from cutting, too. At the same time, the basils I grew from seeds also thrive in the raised beds. All roads lead to Rome, with different funs. 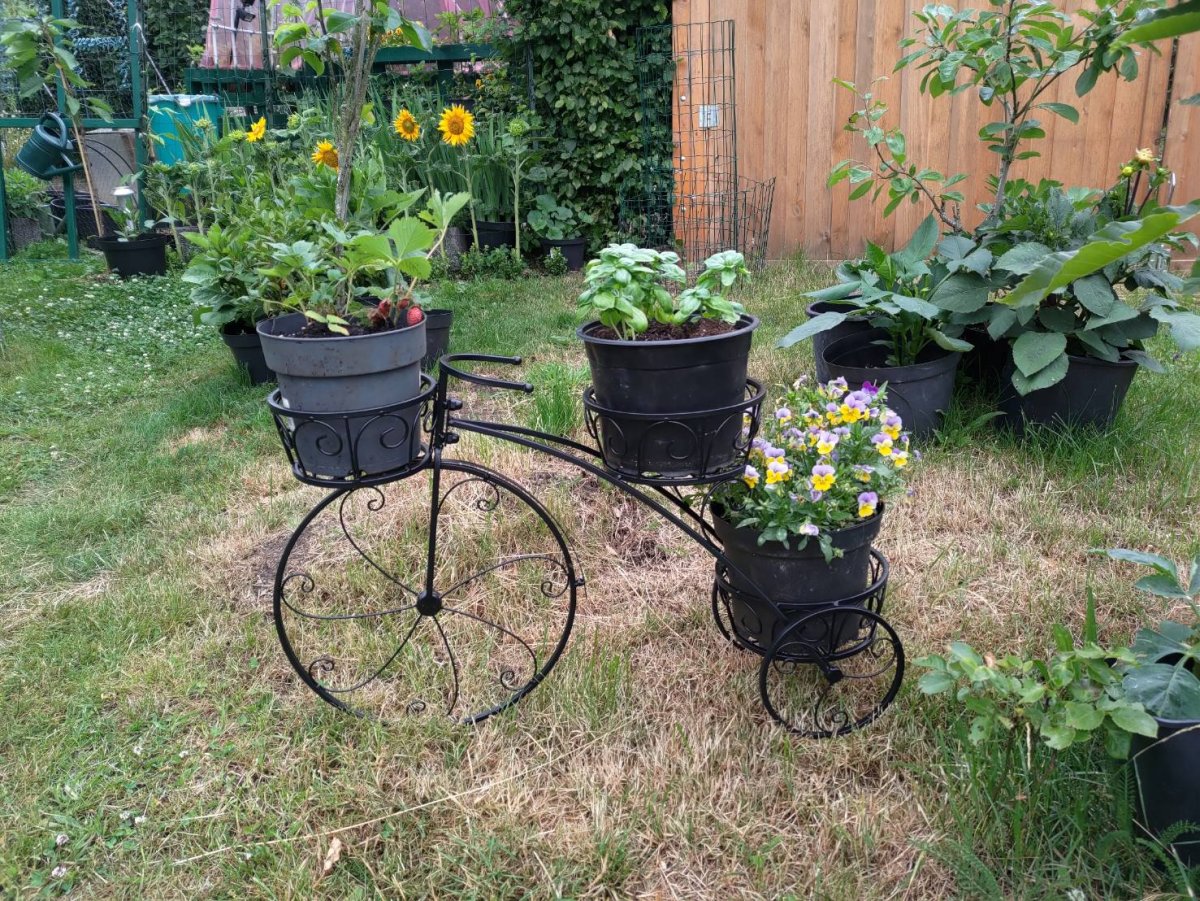 There was a discussion in @Manda_Rae 's soil building thread about buckwheat.

I believe herbal tea drinker @Alasgun brought the subject up. @flowerbug has some experience with it attracting deer.

Has anyone tried it as tea?

@digitS' i’ve never tried it as tea but the grain it produces, (buckwheat groats) is excellent in several ways. When i was a child (over 65 years ago) my grandmother made sourdough buckwheat pancakes which we ate with sausage and gravy. We still have them on occasion but it’s a lot of work. We also simmer the groats till soft and eat them as a porridge with butter and maple syrup.
When used as a green manure crop they get tilled in long before the grain forms and in some places farmers look at buckwheat as a scour-age because they can easily become a noxious weed.
The leaves are quite succulent but pretty bland so i cant imagine them as a tea unless they contain some medicinal value?

i used to use buckwheat flour added to pancakes. just a little. too much is too strong a flavor. i've never used buckwheat for tea and have never tried to eat buckwheat leaves. i do really like the plants with those wide leaves they do make an excellent ground cover or nursery plant for things like alfalfa and birdsfoot treefoil. unfortunately the deer, rabbits and groundhogs love it and if i plant it outside the fence i rarely get plants to flowering stage. inside the fence the raccoons and chipmunks will go around and find every seed that is planted or just sprouting and the groundhogs would also eat it. not easy to grow here at all - would need a very tiny mesh hardware cloth and probably a hot wire.

buckwheat flowers are very bee friendly. buckwheat honey is very very strong flavored to the point that many people will not like it. to me it tastes too much like what mouse poops/pees smell like. very medicinal. not something i'd want to use full strength in much at all. cut it with regular honey and it might be acceptable to some people and of course there are probably a few people who'd like it even full strength. me, nope, but i can use it to get rid of it. Mom, most definitely nope. we had a small jar of it given to us by the local bee keeper that puts hives along the back of our property line and Mom was hitting him up for honey once in a while. we've not gotten any from him the past few years. i think Mom's kinda forgotten and i've never met the guy myself. there are hives back there again this year. they've just now started to find the birdbaths. the hives are shipped all over for crop pollination and some years they are not put out back until quite a bit later than some other years. this year it seemed very late.

i was at the greenhouse the other day and talked to the guy about Anise Hyssops and found out it was a mint. i don't really want any more mints here (Mom reacts badly to them). the greenhouse guy has always been very good friends to us and Mom cooks for them regularly so he was saying that if i wanted any plants at all to just take them as the planting season is mostly over. he also had deer come right into the nursery and eat some of his hostas and some other plants. the first time he's had that happen there. in his home vegetable garden they also raided it for the first time this year even if he has a kennel full of big dogs they were still hungry enough to come that close.

I will add some articles to our discussion:

Know Your Chamomile. Which one are you drinking? | Nazani Tea - Nazani Tea 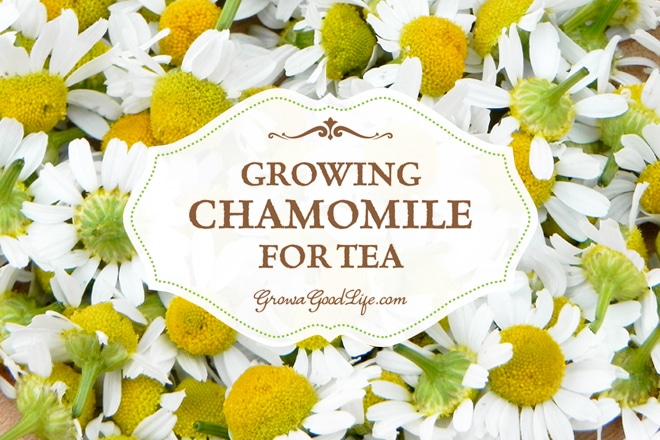 Growing chamomile for tea is easier than you think. Once the plants are established, chamomile is drought tolerant and trouble free. 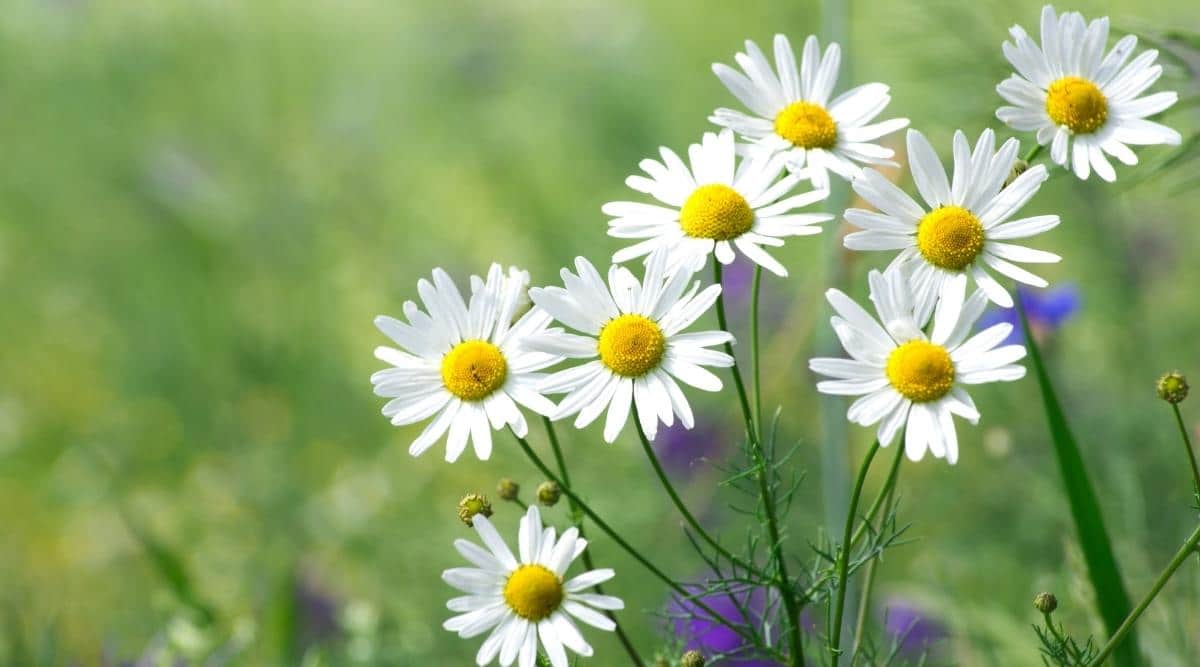 How to Plant, Grow, and Care For Chamomile in Your Garden

Are you thinking of planting some chamomile in your garden? Find out how to plant, grow, and care for chamomile!

The way to use up this passionfruit leaf tea that DW bought too much of. Let me say that there is nothing wrong with this dry herb. It is thought to act as a sedative but, I guess, there have been no clinical studies. I'm Zzz zzzzz ...

No, I'm fine . Passion flower vines can be grown in warmer climates than here. You could try fresh. Okay, I have some fresh anise hyssop now . So, I use one sprig or leaf. About the same of dried catnip and a level teaspoon of the passionfruit leaves - about 16 ounces of hot water. Got it - I can taste all three herbs.