murphysranch said:
Flowerbug is a he?
Click to expand...

ayup... not that it really matters...

as i was curious about what the seeds looked like. was each pod a single seed like it looked or were there many? today a pod was ripe enough and opened up and there are about 20-50 seeds in there. very very tiny brown/tan seeds - like the small poppy seeds or moss rose seeds. which explains why they spread so easily.

that means that bucket of weeds i pulled out of the garden were probably several million seeds.

thistlebloom said:
I was calling Whitlow grass by name today as I sliced it's little heads off with my Rogue hoe.
Click to expand...

i'm curious now as to when the seed pods get viable seeds. for some plants if you don't get them at the flowering stage and chop the pods off and let them lay they will still have viable seeds. draba verna is a self-pollinator and those seeds are very tiny. i would be somewhat surprised if the seeds weren't viable if left even after being uprooted.

next spring i'll have to see if i can harvest plants at various stages and see at what point the pods will give viable seeds.

note in most of my above posts i was referencing seeds and i should have been saying pods, but i didn't know that there was more than one seed in there...

as i read the description https://thenatureniche.com/2012/04/20/spring-whitlow-grass/ it says that the plant is rarely visited by insects because it flowers so early. this is a very stark contrast to what i see here. in the spring this flower is swarmed by any flies and bees that are out.

it is rather amusing to see a bumblebee on them, they take down the entire plant.

the earlyness of blooms and insect activity is one reason why i like it. an early bloomer that gives the buggy friends something to eat.

i do feel bad trying to eradicate it. that flower patch looks nice to me when it is covered in them, but i can't convince Mom in some things. it's not likely anyways with the number of seeds it drops that i'll get all of them removed. i just need to set up a sand pile somewhere to the side in the garden i'm working in this spring and then next spring i'll move some of the pods/plants and leave them there instead. i don't mind if they spread in that garden...

ok, for other fun tidbits i'm finding out, the plant is very diverse genetically even within a local groups of plants. and is supposed to be edible. it is so tiny i can't imagine anyone being that desperate, but in a pinch good to know... one site says it is an introduced plant, and another says native. not sure how you would sort that out in a plant that varies genetics quite a bit. i suppose mutation counting and tracing back, but i don't have that kind of equipment or $ to pay someone else to do it.

Maybe you should show your mother this picture, FlowerBug: 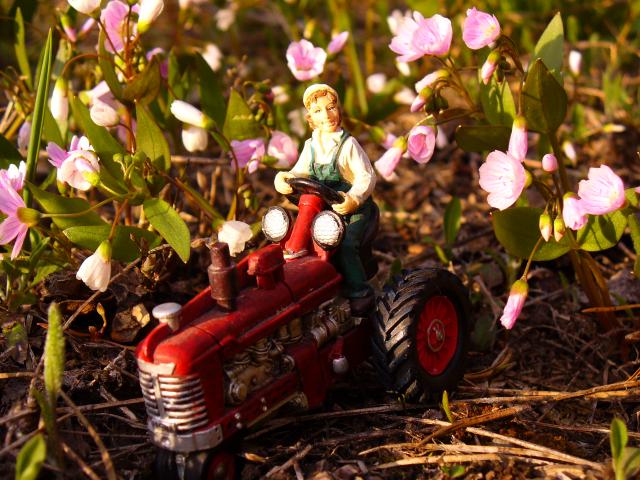