ninnymary said:
Get a fake pumpkin then it will be perfect and not mold haha.

It also won't give me any seeds for breeding, which are just as important, especially since quite a few of the pumpkins I pick turn out to be EATING pumpkins in the end (I managed to get what turned out to be a Long of Naples last year, thinking it was a huge gourd.)
The only fake pumpkin we ever make a point to have is the teal one, since that is an important sign (around here, putting out a teal pumpkin at Halloween indicates that you have non-edible treats to hand out to those trick or treaters who have allergies.) Oh and the ones that light up.

As is, I have to wait to put any pumpkin out until Halloween itself, since any out earlier will be chewed through by the squirrels long before anyone sees them.

September and the second blooming of the 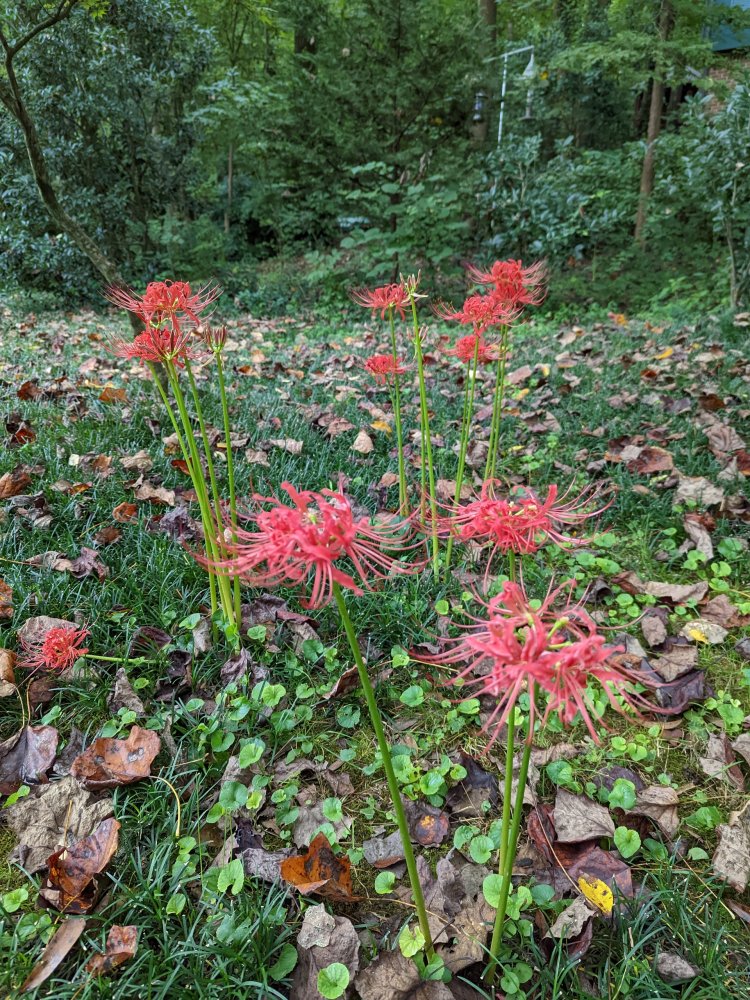 I has felt like October for the last few days. Left the windows open, but the fans are all off. Had to wear layers yesterday to work outside.

I was actually cool this morning but it didn’t last long. It did remind me that I have no winter clothes here, they are still at sons house. I need to get my closet done before I go to surgery, I sure won’t be building shelves and clothes poles afterwards.

Pulsegleaner said:
Yeah, it isn't fun. But then I think of the poor people in Alaska and the rest of the Far North (and South, I guess) who have to deal with totally losing the light for weeks on end (and then losing the dark for weeks on end at the other end of the year). At least down here we get SOME of each every 24 hours!


It's kind of weird here with regards to Fall decorations. The pumpkins are beginning to come in and the gourds will soon follow, but it will still be nearly 4-6 weeks before there is any chance of seeing any ornamental corn (well, any that hasn't been trucked up from Mexico, which usually isn't nice enough looking for my taste), which is the part I ACTUALLY care about (since I use that fall corn crop to get seeds to breed with the next spring.)

Actually, the change in when things get hot and cold is really beginning to have a bad effect overall, because the distance between pumpkin season and corn season keeps getting longer and longer so that, if I see a nice pumpkin I think will look good outside my house as part of the lineup, by the time the corn is available, the pumpkin will often have spoiled and gone moldy, and I'll need another one (and since I am as picky about my pumpkins as everything else, that's not an easy task.) A least the gourds have a chance of drying out in the time (though by that point, they tend to have either lost their color or mold has begun to eat at the thin layer of flesh over the shell, so not great there either.)

Actually, I suspect most of the corn I DO see in the fall came from LAST year, since the local crop often now isn't ready until early December, long after it is salable. This wouldn't be a problem, except the local places are REALLY bad about storing the corn over the year, so half of it is either moldy or chewed to bits by rodents or insects (thats why I have no full ears of that miniature flour/dent corn I like to play around with, by the time I got my hands on it, it had been in storage for so long that every ear was infested with grain moths, and I had to take them all apart and yank out the compromised kernels to save the intact ones.) I'd think of saving a few nice ears myself to get me ahead, but corn gets so brittle after a year or two of drying.
Click to expand...

take the perfect ears and encase them in lucite?

ducks4you said:
I has felt like October for the last few days. Left the windows open, but the fans are all off. Had to wear layers yesterday to work outside.
Click to expand...

it is nice to not have to run the AC for a change.

flowerbug said:
take the perfect ears and encase them in lucite?
Click to expand...

Then I'd NEVER be able to grow them. It'd be like if had taken my science teacher up on his offer to laminate a fragile stamped document I had, it would have RUINED it (actually, maybe I should have taken him up on it, since it eventually crumbled away...….and THEN, years later I found out it was incredibly rare (if might have been only the first or second "cover" known for that stamp.)

flowerbug said:
take the perfect ears and encase them in lucite?
Click to expand...

Then I couldn't even SEE them, everything would just be metallic grey. I might as well throw them in a "daisy chain", at least then I'd KNOW they'd stay viable forever. (a "daisy chain" is a storage device I invented for one of my sci-fi stories. It's basically a series of storage chambers that spin around a central point at the speed of light to take advantage of the fact that at that speed, time stops for anything inside (the rotation thing works because speed is a scalar, not a vector so the chain allows you to keep the stuff moving at the speed of light WITHOUT having to have it keep moving away in a line and getting farther and farther away from you.) Most of the rest of the tech involves buffers to keep everything away from the chain (since anything hitting it as it rotated would basically destroy it) and to temporarily remove chunks and slow them back down briefly to normal time (so you can actually access them*)

*Which I suppose means things there wouldn't last "forever" since eventually the ageing that occurred during those periods when the cell was slowed or stopped would eventually add up. But it could keep stuff more or less fresh for far longer than the galaxy, possibly the universe, has left.

A little cooler weather with the first small hint of Autumn always makes me think of school. Of course, living near an elementary makes it even more possible .

Here is a question for you .

Do you have memories of mimeogragh handouts, from your classroom days?