My summer garden classes for kids

I agree, they need to want to be there and not waste your time. I think you handled it great and it sounds like somebody may have learned his lesson! For the more dedicated kids, what a wonderful payoff they will enjoy at the end of the summer. A job well done is its own reward! We'll look forward to seeing pics of the dinner they grew themselves.

thistlebloom said:
I don't really know....I think it has to seem like a privilege to be in the group, and if there is any bad behavior they're out.
I haven't had any bad behavior, but there has been a bit of laziness and wanting to quit on the "boring" parts like weeding. I was stopping for popsicle breaks about halfway through my lesson plan, but found that the boys especially lost interest once they had eaten their treat and were asking to leave.

I get really annoyed with kids who get whiny and say they're bored, so I told them all that the class wasn't a requirement and I only wanted those who wanted to learn to come. If they weren't interested in working and playing then please don't waste my time. Those who persevere through the work AND the fun would get their handlens and lanyard at the end and get to attend the final "graduation" bbq and show their parents what they did with all their hard work. In other words if you start something, don't quit, see it through to the end. (A few think I'm mean. Too bad.)

I did send one boy home when he got whiny and said he was bored. His mom made him help her with housework.

He showed up a few days later on his own and asked if I would let him pull the weeds around his pumpkin and mulch it. The activity that he originally balked at.
But the clincher for most was moving the popsicle treat time to the very end.
Click to expand...

Cheers to you for starting this for the kids. 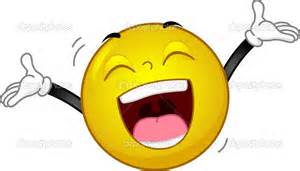 Thistle p/m your address sure I have something to send to you and the class...
Last edited: Jul 9, 2015

you should plan a extra credit field trip to journeys place to help pull weeds for a weekend... bet she would give them all the frozen popsicles they want.....

I wonder how many rolls of duct tape I would need between Idaho and WV?

thistlebloom said:
I wonder how many rolls of duct tape I would need between Idaho and WV?
Click to expand...

That would be a whole lot of "are we there yet-s". I am assuming the duct tape would be for covering mouths?

Hey, I'd get them Dairy Queen blizzards and bake 'em cupcakes and probably even have to throw in a pony in exchange for all of these weeds! Some weeds I have are also devilishly prickly and will poke right through your leather gloves. Been meaning to take a pic and get an ID from you guys on those suckers...

Can I have the pony?

That would spoil their love of gardening after about 2.5 seconds. Better keep 'em home.