I'm lucky in that respect. My local Home goods always seems to have plenty of vanilla, and being a clearance store, it's always on discount. Picked up a second jar of vanilla bean paste for $5 today (I know that sounds like more than the 4.50 that you paid, but the paste is a LOT more concentrated, so it goes farther)

Rural King is mostly a farm supply store, that caters to suburbanites, too, BUT it is a MidWestern chain. I identify it bc some people here have a local store.
Click to expand...

The price of toilet paper going up was on national news tonight. Hope y'all are stocked up, there will be a run on TP and paper goods.

baymule said:
The price of toilet paper going up was on national news tonight. Hope y'all are stocked up, there will be a run on TP and paper goods.
Click to expand...

baymule said:
The price of toilet paper going up was on national news tonight. Hope y'all are stocked up, there will be a run on TP and paper goods.
Click to expand...

Got enough for 2 years. 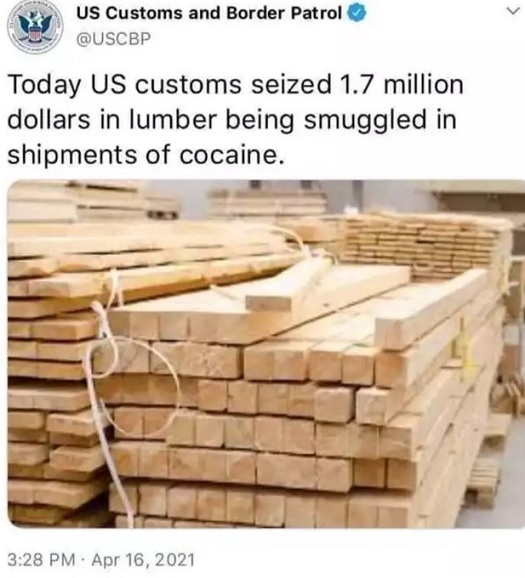 when the USoA is smuggling TP to the Amazon in Brazil we'll know the cycle is complete...

It kind of reminds me of back when I used to regularly find seeds of cannabis in a certain brand of coriander that came from Thailand. While I doubt that this was smuggling (far more likely odd seeds falling into the stuff in the field) it was cause for alarm (I still have the seeds somewhere, and may try and grow them when and if the stuff becomes totally legal here. Mostly I am curious if what I have is fiber hemp or smoking hemp (with Thailand it could be either)*

Or when I was trying to figure out if it was possible to get seeds of the flor del muerte (a jet black flowered relative of gentian that grows in Mexico) and wondered if it ever wound up across the border by accident in the narco bales.

*That was the second time I found hemp seeds in unexpected places. There was one in a box of beads I bought from a Native American (which I at the time did not recognize) and one showed up on top of my Imperial Shrimp at Lemon tree, mixed into the sesame seeds. There was also half a shell that showed up in a bag of forsythia pods, but that was empty.