flowerbug said:
i'm not sure how the eggshells would work.
Click to expand...

Ever stepped on a lego block?

Dirtmechanic said:
Ever stepped on a lego block?
Click to expand...

oh yes, but it didn't keep me from getting to the fridge...

At one time, I had a garden on both sides of some tall bushes. Ground beneath littered with leaves, it was happy slug country.

I had a "shade garden" elsewhere but thought that I could grow a little lettuce 4 feet and a little beyond those bushes. The slugs tried to invade!

Out with some organic spray of one kind or another, probably Bt, I thought to spray the 4' ground. After running the sprinklers a few days later, I was out again with a different spray. I remember that it was different - let's say that it was insecticidal soap. I sprayed the ground again.

What I learned was that slugs don't like to slime their way across some things.

I once made the mistake of planting a few tomatoes where they ended up sprawling across some lawn grass. Beyond was a garage and a well-shaded area of lawn. I could NOT keep the slugs out of those tomatoes. They took the whole crop!

Eggshells Against Snails and Slugs. Do They Really Work? | Field Test +++

Eggshells against slugs and snails. Do they work? Application ✔ Field test ✔ Pros and cons ✔ Tips and tricks ✔ +++ Find out here +++

Will Crushed Eggshells Keep Slugs Out?

Will a band of crushed eggshells stop slugs and snails? We test to find out what REALLY works. The results surprised even us. Read on to find out.
www.allaboutslugs.com
Maybe, not...
I have used buried beer cans in the past successfully. You buy the Cheapest beer out there and sacrifice a 6 pack. I HAVE used it and it DOES work. Just poured out a super bitter ale that somebody brought to my house to share and NOBODY could drink it. UNfortunately, it was in bottles, so I poured the beer out to feed some of my tomato plants. You can do the same with spoiled milk, instead of sending it down into the water treatment plant.
Another help is to WEED around your plants and put down mulch, which can be grass clippings if you have nothing else.
Also, if you are a coffee drinker, I recommend using the grounds to repel slugs.

Nature - the world's best science and medicine on your desktop

www.nature.com
Dump the grounds, dry out the filter and burn it, or use the USED filters to suppress weeds.
Seems like with this stupid virus NOBODY is talking about recycling anymore!!!!

flowerbug said:
that would be much the same for diatomacious earth, but in a wetter climate you'd have to keep reapplying some fresh powder after each rain. i'm not sure how the eggshells would work.
Click to expand...

I really like the earth, clay we call it here.
It actually works as a wormer for cats and dog's I know because I add this to any of their dried food. I use the food grade

@Dirtmechanic Boric acid is illegal here as it is highly toxic. I should have known this and feel really dumb not being aware of it.

Marie2020 said:
@Dirtmechanic Boric acid is illegal here as it is highly toxic. I should have known this and feel really dumb not being aware of it.
Click to expand...

No wonder they call it nutrablast! 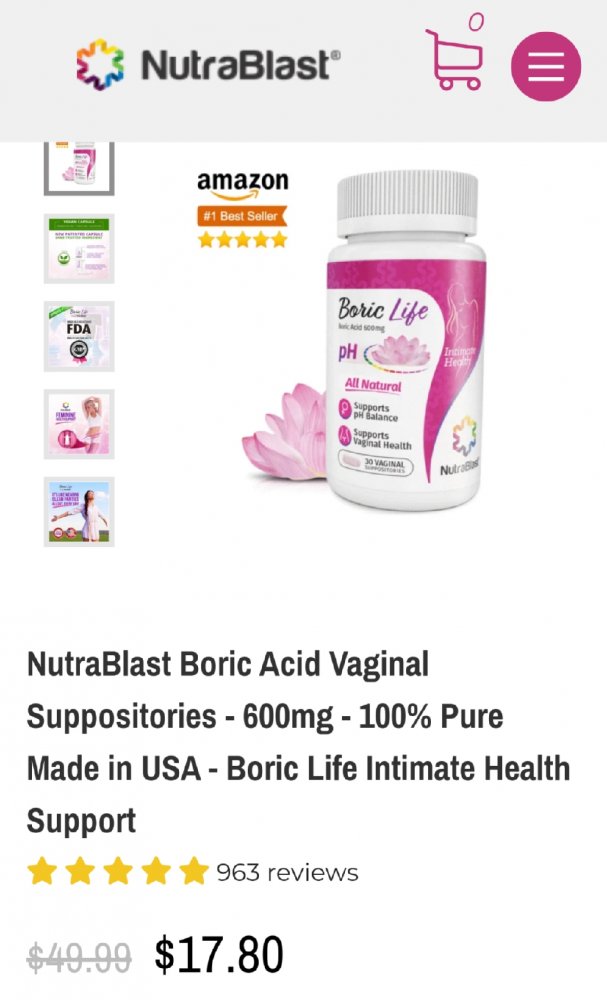 That made my cringe. God forbid.

That made my cringe. God forbid.
Click to expand...

Me too but I laughed. I just had to google about the toxicity. It seemed odd given the reproduction toxicity about which the europeans are concerned.

When we lived in San Jose CA, raising our kids, its was a fun past time, waiting for the school bus, to toss the snails out into the street and see how many were squished by the bus. Simple pleasures for us simple minded...
You must log in or register to reply here.
Share:
Facebook Twitter Reddit Pinterest Tumblr WhatsApp Email Share Link