Zeedman said:
When I worked onboard ship, they used expanded metal on most external walkways for that reason.
Click to expand...

When I worked on the offshore platforms we used grating for external walkways. Expanded metal was too weak. It would flex too much and, when welded in place, grating provided a lot of structural strength expanded metal wouldn't. The steel grating we used weighted about the same as a 1/4" sheet of steel, I'd expect expanded metal would weigh less, depending on thickness used.

On stairs we used corrugated grating, rough top surface. I designed a bunch of stairways. We had a standard detail on how to build them but one strong rule, each step had to be exactly the same distance down as the others to within 1/16". No irregular steps, those are tripping hazards. That includes the top and bottom steps. The steps had to be a certain width, a standard detail, but could be no steeper tan 45 degrees. Some stairs I saw on workboats and crewboats were a lot steeper than that. And narrow. We had to follow Coast Guard regulations as a minimum, some of our specs went well beyond Coast Guard requirements.

On steel deck walking areas we'd use an epoxy paint with sand mixed in for traction. I don't remember the specs on that sand, probably something hard like granite. But in the Gulf of Mexico we weren't worried about ice. I don't know of any surface that is non-skid when it is covered in ice. Other than being careful, and we know how that works, maybe keep a bucket of sand to scatter on the ice. Of course the sand will still be there when it thaws so a mess.

Freedom of Speech still won't allow me to post that tripping cartoon that I clipped ... Darn!

You seem to enjoy music. Maybe that would be a satisfying pastime.

I used to wonder why I didn't learn to play the harmonica. Just never picked one up to try.

@Zeedman ,it sounds like you have a bad spot on your deck also. I hope DW has healed well and has now lasting damage. It is amazing how fast these spills happen, so fast that there no time to react , you just go from upright to down in a split second . I have thought of a lot of different things to put down for deicing or traction but the deice I use doesn’t melt anything until the temp gets above 25F or so . I also have the boot chains I use them if I am going to be working outdoors for awhile, but not for just walking to the garage. As soon as I get the all better from the Dr. I am going to take that tree down that shades that spot. Hopefully that happens before the sap rises to minimize a sticky mess.

@Ridgerunner , I have about a half a sheet of expanded metal I could use but DW thinks it will injure the dogs feet so she has put the kabosh to any good ideas lol. Sometimes I get sawdust from the workshop and sprinkle it on the deck and steps for traction but I just wasn’t doing it so far this season. Also the de-ice we are using does not melt the ice until at least 25deg. Usually the de-ice works during the day freezes at nighttime then remelts about 8:00am in the morning. It just time I take out the tree and I think that will put a little sunlight on that landing during the day and dry it out faster. I have been planning on taking it out for a couple years now but just have not done it. One reason it is still there is the amount of birds it brings to just a few feet away when you sit on the upper deck. We have several red breasted nuthatches that frequent the tree and the feeders/suet cakes that hang from it. We get lots of other chickadees and wrens and the normal larger birds but the nuthatches are our favorite birds in the tree and will stop coming around when the tree is gone I am sure. Another reason is there is only about 5’ feet between the garage roof and the deck steps for the tree to fall. I am really not concerned about it falling on the deck or roof but I have put it off because of the 1% chance that it could fall the wrong way. Also we will have no shade on the deck when the tree is gone which will be a real negative. The tree is about half dead and I am worried that a big windstorm will put it on the house or destroy the deck so it must go.

@digitS' , I have been listening to music ,sorting seeds , reading seed catalogs cover to cover, and fixing any small things DW has around the house that need it. Been answering calls from work about all kinds of stuff , more than when I am actually at work. It has been really hard to obey the drs orders and refrain from putting any weight on it the past few weeks. Hopefully after the MRI on Monday things will start getting back to normal. “I’m sitting in the morning sun, I’ll be sitting when the evening is done” lol

Collector said:
It is an unscheduled flight of stairs to be precise. Last Thursday 2/18 I walked outside at 5:30 am to go to work hit an icy spot on the deck steps and had a nasty wreck down to the bottom. Now I’m laid up with a broken ankle, fractured fibula just below the knee, and surprising how many breaks you can have in a pinky finger. After meeting with the surgeon We have decided to let it startto heal On its own and maybe the surgery on the fibula will not be necessary. If you have been here awhile you know I have busted myself up a few times in the last few years. I need to start being a little more careful when I am moving around outside in cold weather. I already have some garden projects getting started in the shop so they are going to be slowed down a little by this unfortunate event, hopefully not to much though. Here is a pic from 2 days before the flight of the dodo bird
View attachment 39267
I was down along the creek cleaning up and burning storm debris and a couple fallen trees. The first thing I made was this break area with the log bench.
Click to expand...

Holding the railing would have saved a world of pain. But hind might is crystal clear. Wishing you a quick recovery. 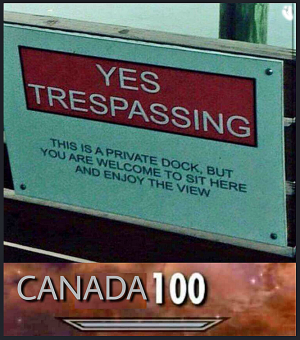 Keep being good Collector! You will be glad when you finally do heal that you didn't set yourself back. I'm sure it's tough though. I spent 8 hours in the yard yesterday cleaning up and de-wintering. Got a sunburn.
But it's still March and anything can happen. I personally wouldn't mind more snow (just enough to not make going to work worthwhile for a few days) Rain would be good too if it'll make you feel better.

Ridgerunner said:
...
On steel deck walking areas we'd use an epoxy paint with sand mixed in for traction. I don't remember the specs on that sand, probably something hard like granite. But in the Gulf of Mexico we weren't worried about ice. I don't know of any surface that is non-skid when it is covered in ice. Other than being careful, and we know how that works, maybe keep a bucket of sand to scatter on the ice. Of course the sand will still be there when it thaws so a mess.
Click to expand...

for the commercial flooring we did where grit was used like that we'd have a bag of silica sand that was screened to be a uniform size. put it in these large shakers and then walk on the floor and spread the sand from the shakers before the epoxy would set up. it had to be a pretty specific blend of epoxy to give you enough time. the shoes were spiked so you could walk on the epoxy and not leave too many tracks. after you walked and sprinkled the spike marks would flatten back out again.

at the time there were no certain regulations about ventilation or breathing apparatus and most people didn't care. you could get really stoned breathing all those fumes. i'm glad i didn't have to do this very often. i only remember doing it a few times. i was just a helper who normally cleaned up and hauled stuff i rarely did installation work but i saw it done enough times i generally knew what was going on and what was needed.

epoxy i considered interesting, aside from the clear sand grit mentioned above there were all sorts of other colors of sands and flakes you could use.

but in terms of art, terrazzo was much more fun. a super pain in the butt to do.

thistlebloom said:
Rain would be good too if it'll make you feel better.
Click to expand...

It is a lot easier to sit inside if you are looking out at rain or snow. I way overdid it yesterday and am paying for it today. But it was worth it to have family over for an entire day.
You must log in or register to reply here.
Share:
Facebook Twitter Reddit Pinterest Tumblr WhatsApp Email Share Link