Here is a setup that is on a larger scale, more like an in-ground compost bin:

meadow said:
I meant if the hole would stay open and usable without having to dig it out again.

I have some physical limitations that are not consistent, and may not be able to dig it in when needed.
Click to expand...

i just use a small hand trowel - i'm also a somewhat physically challenged gardener at times so i understand where you are coming from. do you mulch your gardens?

Yes, I mulch with lawn clippings or dried/chopped leaves and also 'chop and drop' as long as there are no seed heads (and it isn't an invasive weed).

eta: and the walkways and blueberries are mulched with shredded wood

You only said that to make us flinch, involuntarily.

um, yeah, i think they do, ... (i knew this but i also wanted to look it up to be doubly sure before i answered: )

"The excretory system contains a pair of nephridia in every segment, except for the first three and the last ones.[32] The three types of nephridia are: integumentary, septal, and pharyngeal. The integumentary nephridia lie attached to the inner side of the body wall in all segments except the first two. The septal nephridia are attached to both sides of the septa behind the 15th segment. The pharyngeal nephridia are attached to the fourth, fifth and sixth segments.[32] The waste in the coelom fluid from a forward segment is drawn in by the beating of cilia of the nephrostome. From there it is carried through the septum (wall) via a tube which forms a series of loops entwined by blood capillaries that also transfer waste into the tubule of the nephrostome. The excretory wastes are then finally discharged through a pore on the worm's side.[33]" 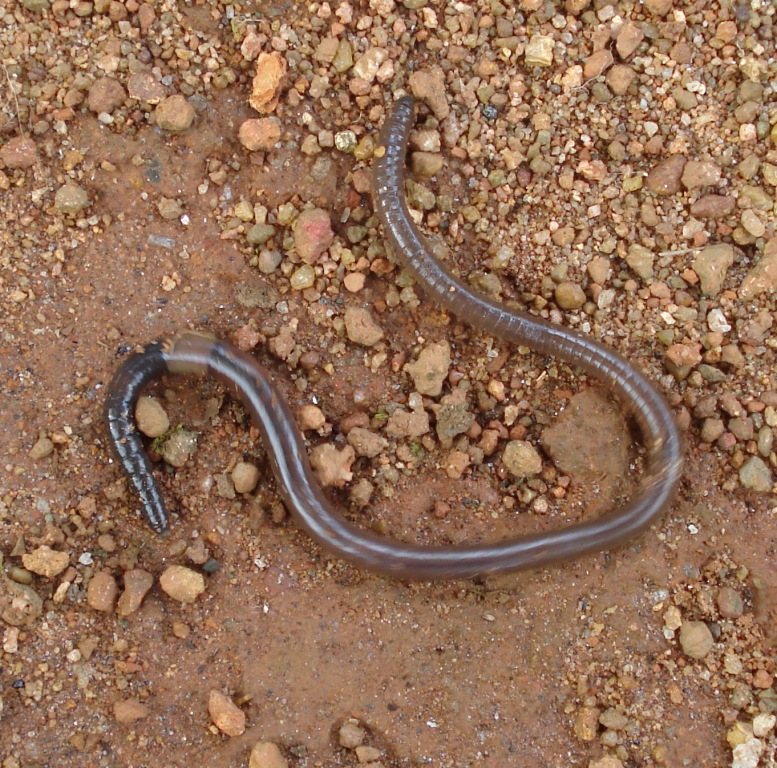 
note in my search i did find the following but i do not consider it authorative (for those who won't read it - it says they don't pee): Worms and earthworms have many things to offer for curious minds. For instance, like all other animals, they would need water not only for drinking but for

meadow said:
Yes, I mulch with lawn clippings or dried/chopped leaves and also 'chop and drop' as long as there are no seed heads (and it isn't an invasive weed).

eta: and the walkways and blueberries are mulched with shredded wood
Click to expand...

then you can do what you're aiming for by just moving a bit of the mulch aside and putting your scraps there and then moving the mulch back over it.

meadow said:
Here is a setup that is on a larger scale, more like an in-ground compost bin:

notice those carrot chunks. months later they will still be there if they are not dried out, frozen, ground up or fermented first (a lot of vegetables are the same way). it's ok if you have the space for them to just put them in without any pre-processing but what i do is dry them out. winter here is always dry anyways with the forced air heating system we have so they dry out without rotting most of the time. also because i do use buckets without holes in them for drainage i want to be sure that most of what i put in the buckets is not too wet and then i can adjust my water/moisture content and not have it too soggy - but worms really do not mind it being pretty soggy in there it just makes the bucket heavier and the bottom of the bucket may be anaerobic which means that it may smell swampy if you dig down that far.

meadow said:
That's an interesting idea! I wonder how likely the sides would be to collapse, or how regularly the hole would need to be defined. hmm.
Click to expand...

depends upon your soil type and how much stuff you keep in it.

meadow said:
Yes, I'd love to hear about why to do things inside! Thanks!!

Burying stuff on a regular basis isn't a practical solution for me unless I ask for help, which I'd rather not do. DH already has a full load (and then some) so I'm looking for something I can manage consistently on my own.
Click to expand...

chop and drop is perfect IMO for almost all weeds and since you mulch you can leave a lot of things either on the surface to dry out and become yet more mulch or just put them under the mulch. the worms won't mind. since you mulch you probably already have a pretty good worm population if it is kept moist enough. in more arid climates the mulch will also help but there won't be as many worms.

meadow said:
Part of the appeal (for me) to using an in-ground container in the garden is that, 1. there is no quackgrass, 2. using it would not disturb the plants, and 3. I'd be able to pop open a lid and pretty much use it like a garbage can. Aside from occasional maintenance of course. I do have a source of free plastic containers and have some on hand right now. You have some good ideas on alternatives to plastic. I could transition to something else as I'm able.
Click to expand...

even a hole lined with bricks could be done with enough gaps in the sides to let the worms go in and out. old bricks or rocks, all could work. myself just digs holes, in some gardens some years i put a trench right down the middle of the garden and keep filling it in all season and then at the end when i'm processing garden goodies and putting things up i can use that trench for burying the garden debris and also the stuff left over from canning. it is nice to have a spot to throw things all summer in each garden but i normally don't have a large amount of weed in most gardens that i have to have a spot at all. i just scrape a small hole, put the weeds in and bury them or leave them out on the surface where they can dry out. as much as possible i try to keep what is grown in a garden in that garden and then amend with whatever else i can when i can.

meadow said:
Those things aside, what do you think about the mechanics of it? Would material be transported out of the container by the worms, or is the real benefit in distributing the stuff that was created in the pipe as @Ridgerunner has suggested? If that is the case, then there is no reason to have it in the bed in the first place. A far corner would work just as well.
Click to expand...

i really don't think the worms transport materials that far. you may get some benefit from any leachate running off and rains encouraging some despersion but not really to the wide extent it would get if you moved some of the finished contents yourself and in that case it means work to get it out and lifted and distributed. to me that means i might as well just do it in the buckets to begin with and avoid the bending over in the garden (a much harder thing to do than in a place where i can have a bench or a comfy seat and better light, tools, etc.)

what would likely be the better approach if you really did want a worm tower in each garden would be to plan to rotate them to new locations every so often.

meadow said:
In my imagination, it is all lovely crumbly goodness, rainbows and unicorns!

it is! and worms are so cute too!


and while i'm thinking of it, for things you do not want to leave in the garden because you don't want to spread weed seeds around you can often take care of the roots by drying them out really well, then they can be just like any other compost. seeds you may perhaps be able to microwave or crush or when you're done baking something like cookies use the residual heat to fry them. the other day i didn't want to do any of the above so i flushed them down the toilet. i could have waited until this spring and buried them deeply and that is my preferred method for such things, wrap them in newspaper even and bury them down a foot and a half. nothing usually will bring them up again (other than me digging in that same garden years later) and it is a similar thing to what i do with a garden that's gotten overgrown and needing reclaiming. i dig a pretty deep hole and then scrape the surface layer of the garden into that hole and bury all those seeds down deep. yes, i may miss a few but it really does decrease how many weeds you'll have to deal with the next season. put a few layers of newspaper or cardboard over it and then backfill and you're done and ready to plant and have probably eliminated 90% of your problems.
Last edited: Mar 15, 2022

flowerbug said:
depends upon your soil type and how much stuff you keep in it.
Click to expand...

And how many times the moles pass through!