Can anyone tell me what might cause these little bumps on the bean pod? This is Prince Purple. Some pods have a shorter section of bumps and some longer. 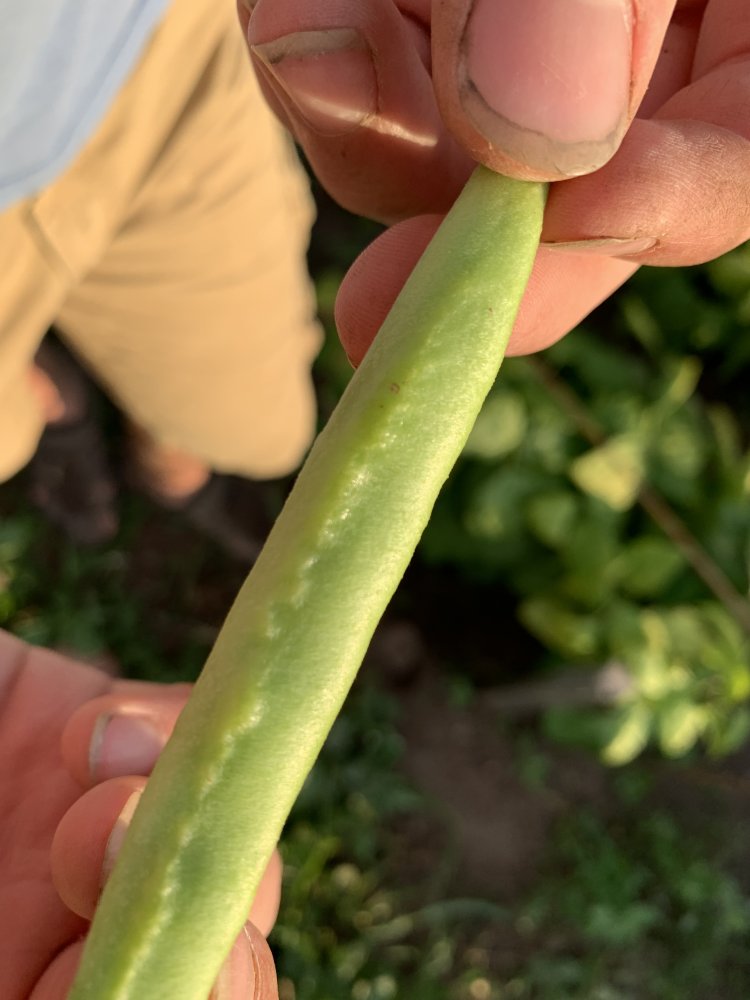 I'm wondering if it could be a mosaic virus. The leaves look that way to me, but I don't know that I've ever seen it in person. 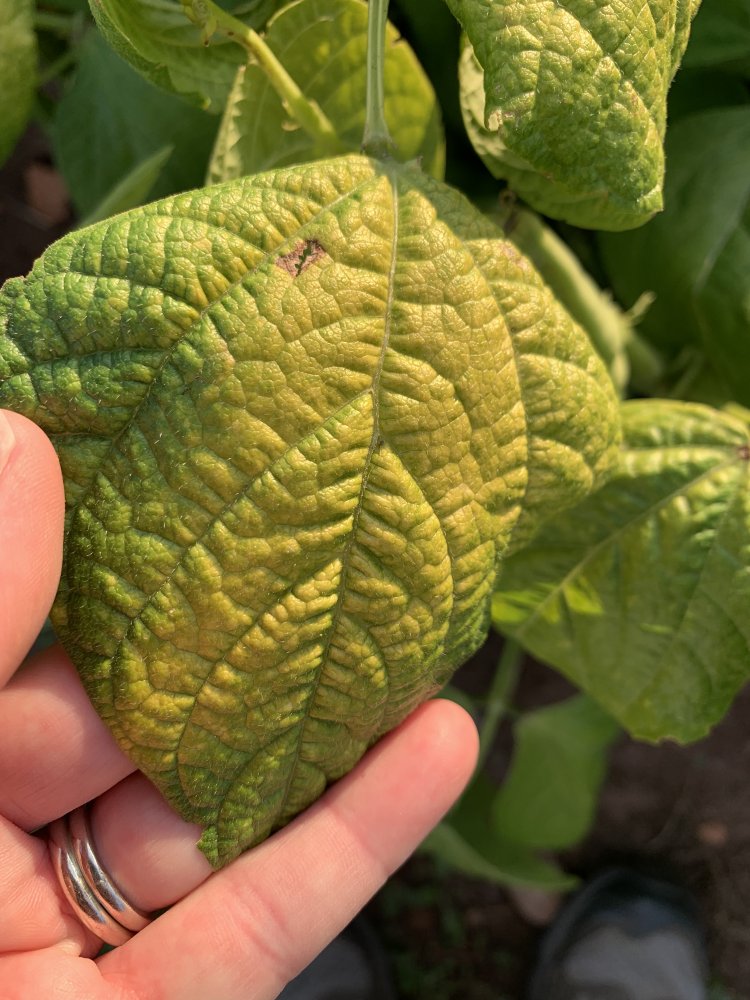 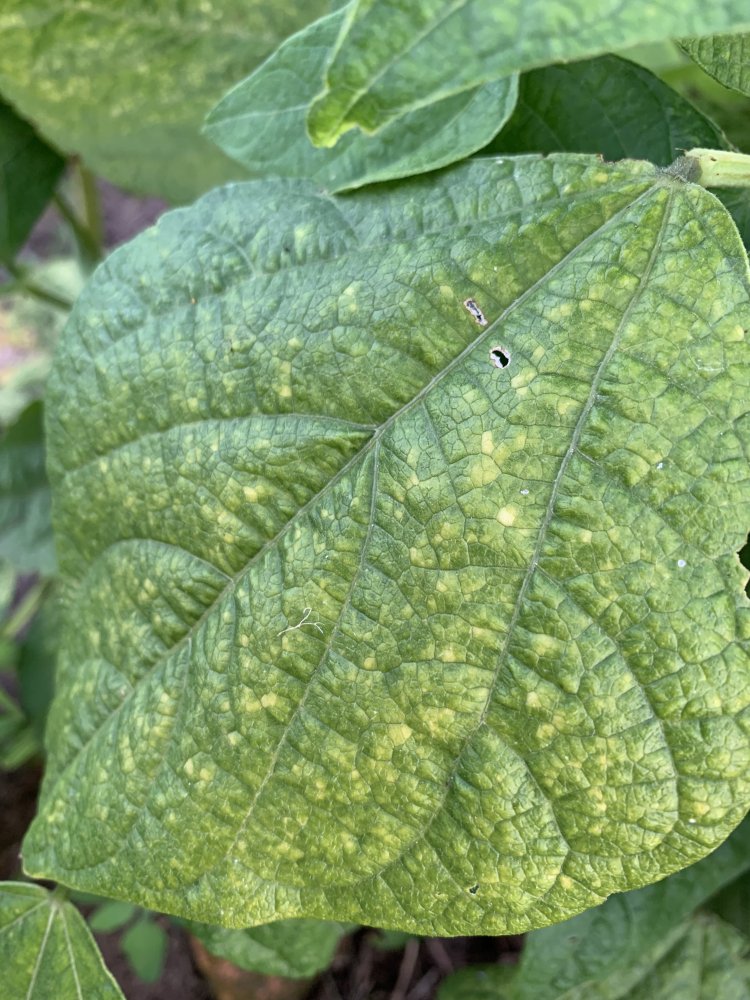 Zeedman said:
IMO pollen transfer in beans probably occurs to a much greater extent than crosses would indicate... but if all ovaries are already self-pollinated before the flower opens, crosses from newer pollen are unlikely. It may be that heat or water stress reduces or inhibits the normal self-pollination to some degree, increasing the susceptibility to crosses by pollinator insects. If true, that would mean that beans which are irrigated as necessary - or grown in cooler, moderate temperatures - would be less likely to cross.
Click to expand...

i was thinking more along the lines that when there is less moisture available that the bees may be more aggressive as i do know that some of the native bumblebees will chew right into the flower to get at it before it has self-pollinated which is where some of the out-crosses come from.

BeanWonderin said:
Can anyone tell me what might cause these little bumps on the bean pod? This is Prince Purple. Some pods have a shorter section of bumps and some longer.

this year some of my pea pods were full of bumps, but they didn't taste any different. i didn't save any seeds from those pods.

Doesn't look like mosaic IMHO, just the progression of leaves aging though the yellowing could be a symptom of a mineral deficiency of some kind. Beans are rather sensitive to that. Temperatures can affect uptake of nutrients too, and if you're getting quite chilly nights as we are it might affect certain varieties.

As for the bumps, I've only got a guess. I learned from a hort major that some plants store carbohydrates in the form of bumps. I see it on the underside of my pepper leaves when I change their temp range. They get little raised bumps. Some squashes do this too, one is famous for it - 'Peanut'. It has bumps that get rough textured over time which is an expression of carb storage. This may be tied to temperature changes the squash detects or maturity, or both. I wonder if beans can do it too. Is there a lot of difference in your daily high to your nighttime lows?

i have some new markings on the bean pods this year, but i didn't think to take any pictures of them yet. next time i pick some i'll see if i can remember. haha!

probably some kind of bug bite.

and i did take picture of some seeds all from the same plant showing a wide color difference. will get that posted today sometime.

flowerbug said:
and i did take picture of some seeds all from the same plant showing a wide color difference. will get that posted today sometime.
Click to expand...

Looking forward to that. Could be a reverse (always fun) but I've had some pretty diverse colors/patterns from seed off of the same plant.

Ridgerunner said:
Looking forward to that. Could be a reverse (always fun) but I've had some pretty diverse colors/patterns from seed off of the same plant.
Click to expand...

no, definitely not a reverse.

these were from the same plant just different pods, harvested about four days apart. i haven't named it yet. i have plenty of seeds and depending upon how they turn out this year in the gardens i hope i will have even more to fondle. 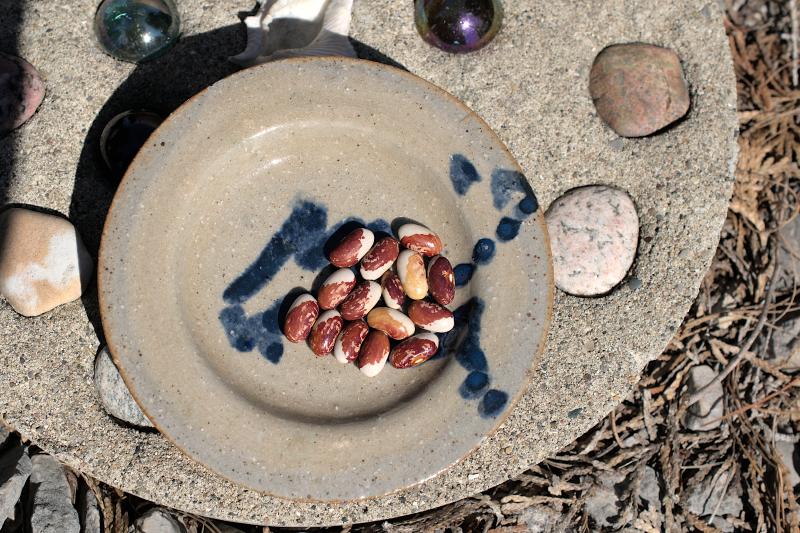 flowerbug said:
these were from the same plant just different pods, harvested about four days apart. i haven't named it yet. i have plenty of seeds and depending upon how they turn out this year in the gardens i hope i will have even more to fondle.
Click to expand...

Do you know what the seed mother is ?

Bluejay77 said:
Do you know what the seed mother is ?
Click to expand...

it is a Domino Child, i planted selections from those 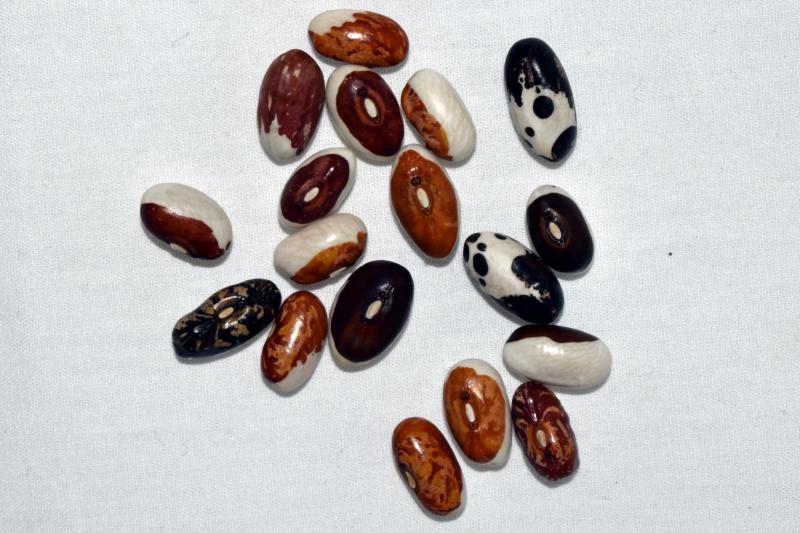 the rest of this is poorly written and makes little sense to me as i go back through it. skip it is my opinion, maybe i'll come back to it some other time and edit it again to clarify a few things...

Domino is likely via Appaloosa possibly crossed with Money or Early Warwick (for the colors), the round shape of Appaloosa and Early Warwick were the ones i was after as the shape is also similar to Painted Pony (which i've also grown regularly for years aka the hot dog bean ). there is also the chance the round shape is coming from Yellow Eye. the problem really is that i can't genetically test to see which was the original parents of Domino.

it's ok, it's a beautiful bean. looks to be stable. will know more when i see the results of the other growouts of the same seeds i put in. i had a lot to select from of the entire color range from yellows to reds.

i noted last time i went through my bean web page that some beans i put down as Monster Children were not but are Domino Children. it was a mistake and i've not fixed it yet. or at least i'm pretty sure it must be a mistake because the Monster Children beans have not had partial and the longer barrel and rounded shape, they've had a more longer round shape similar to Dapple Gray and also the eye pattern on almost all of those of the MC that have had an eye at all have not been half whites to the side. i'm not sure if that's clear but at least i know what i meant.

ok, i'll wander back some more memories because in the past of my bean grow outs here i've had many of the half white patterns of different shapes show up but the specific shape i was aiming for was this more rounded shape barrel shape. it's not a large bean, but it's medium to small size which is also a goal for my new crosses because i want them to be able to finish even if the weather goes strange on me.

i'll have to rethink this some more and see what i have in my collection going back because i know i have some older similar shaped beans to these that are half white and half reddish to pink and those might be back as far as 2016. i know i tried growing them out once or twice and am not sure i had any pods and beans from them, but i do know they flowered and so they may have crossed to another seed line and ended up crossing with Domino that ways. i'd have to dig through my boxes and see... oh yes, i also got rid of a huge number of beans this past year so i may not have them quite as clearly as it would have been had i kept all of them...

[latest edit] if this seems all a mess is that is because it is a mess. i didn't keep good records when i didn't know what was coming later and i also threw away some of my records because they weren't all that interesting to me once i'd gotten the harvest in. so let that be a warning to people starting out if they want to have a chance of keeping track of what is going on... keep good records and don't throw things away. oops...

in looking back through my boxes i found a solid red to pink half white bean of the exact shape and size and that is dated grown in 2017 (thus the parents produced these seeds in 2016) i remember planting them and that they flowered but did not give back many fully developed seeds. so those two i have left are all i have of those. did they contribute pollen to Early Warwick or Domino to get the pattern? could be, but not known for sure.

i think i need to abandon any pretense of really knowing what some of these beans from both Monster and Domino might have come from because while i can make a division based upon patterns and shapes by now they could have crossed. so really i should only speak in terms of things i know for sure which i have certain records of and then just let the history alone because i have no way to sort it out 100% short of tracing the genetics.
Last edited: Aug 18, 2022
You must log in or register to reply here.
Share:
Facebook Twitter Reddit Pinterest Tumblr WhatsApp Email Share Link