Things are going good in the green house. My first wave of tomatoes is about 3" tall now, and I estimate they'll be ready to go out on time. 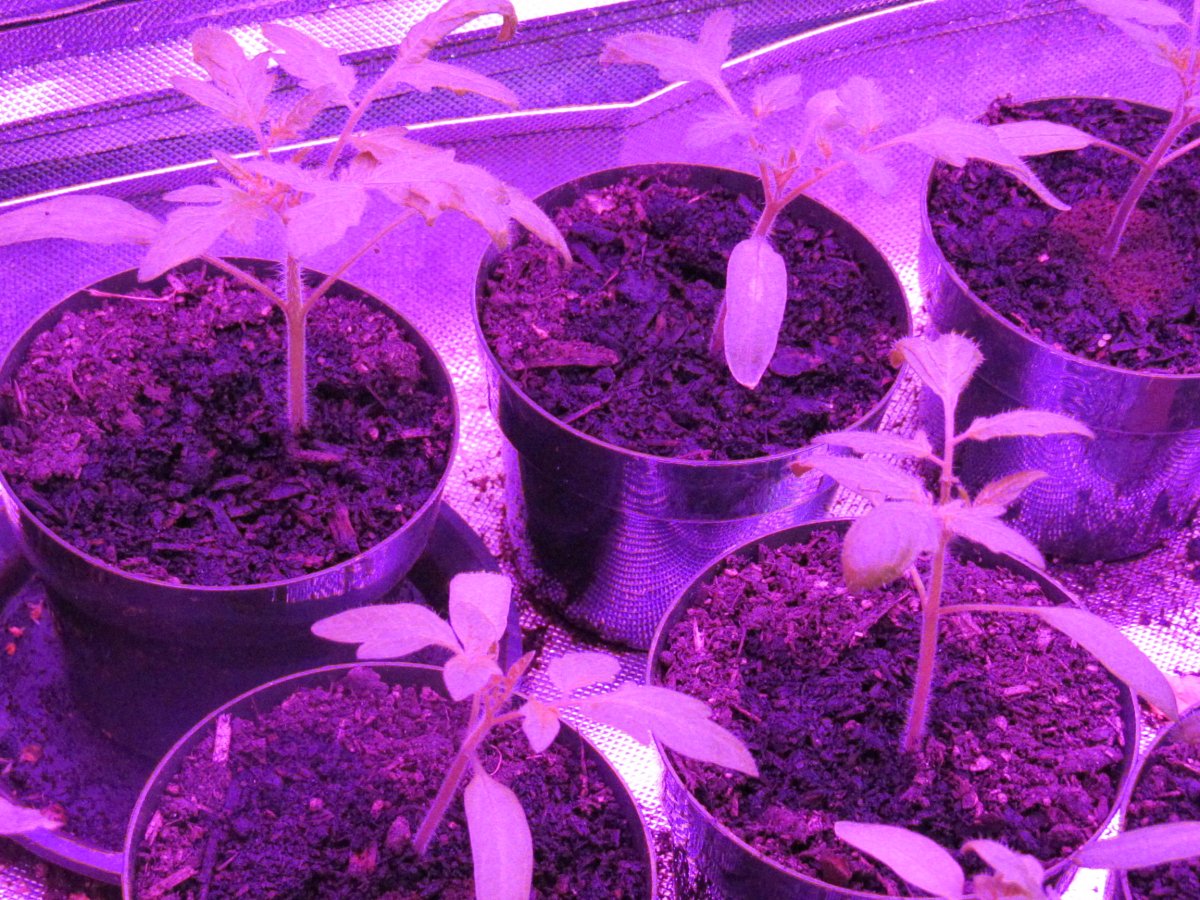 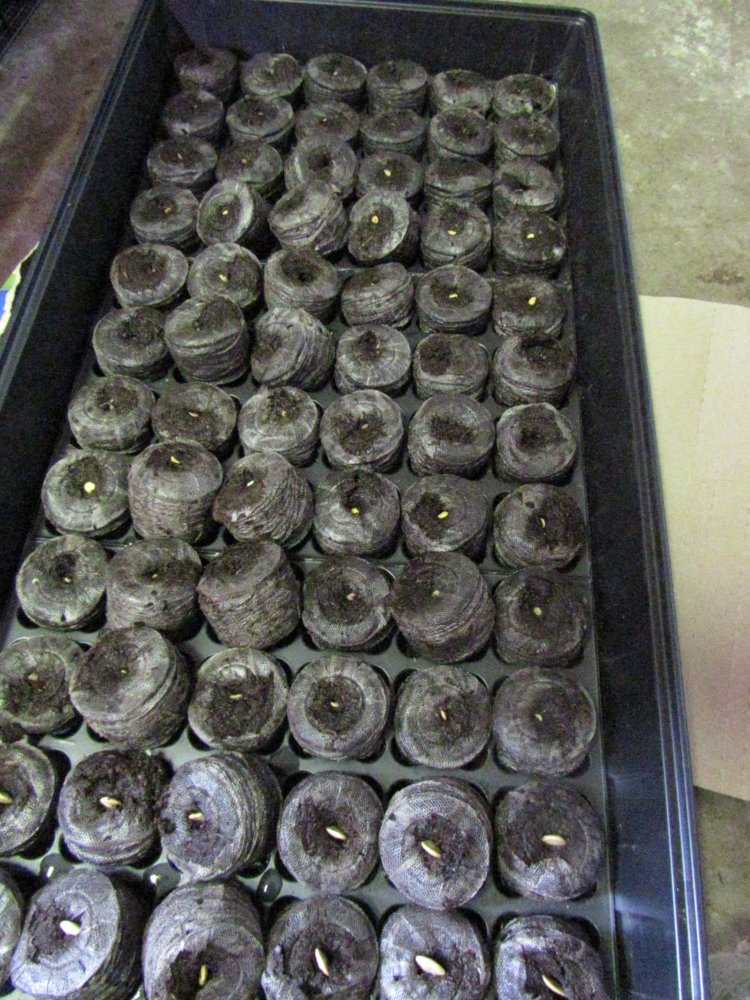 That's everything I planted the other day. Right before quarantine happened my neighbor showed up with huge seed trays like that, complete with these little disks that turn into the pots in the photo when you get them wet! Isn't that something?

I wish you success with the disks. I ended up hating them. I sat at my picnic table late last Spring, ripped them apart, tossed the nylon-ish outsides, which I threw in the trash, and saved the insides and used the soil to pot up vegetables.
Not criticizing YOU, but I didn't have the patience, I guess, to use them.

I understand what you mean. I didn't find them difficult to use. Just add water and drop the seed down the premade hole in the top. I'm wondering now that you mention it if that nylon looking outside is in fact plastic. If it is I'm going to have to remove that as I really don't want shreds of mesh all through my garden.

I went out to see how the radishes are doing and pull some weeds. My son and daughter came out too. My son did a great job identifying radishes and NOT pulling them. Everything was going great until a worm popped up out of the ground and went hurrying along the surface.

My daughter let out a scream loud enough to shatter brick and climbed me to get away from it. She then refused to go back in the garden because the worm was still there. I guess she doesn't like worms hahaha

AMKuska said:
I'm going to do the whole season in the greenhouse this year. I just want to see what happens. I'm really happy with it so far. It's a pleasant place to take the kids and look at things for a while. Pics finally showed up on my computer, so I added them!
Click to expand...

valley ranch said:
what about a quick freeze ~ do you have a heater in there in case of a cold snap ```
Click to expand...

The grow tent is in my garage, completely surrounded by my husband's entire aquarium collection, no less than 6 tanks, ranging between 30-75 gallons. The collective heat from these tropical tanks warms the entire garage even when it's snowing outside.

I would declare ware on the creature that killed your little hen ~ and all his or her friends ~ I made one much like the one in the video ~ it's the Catchenist trap I've ever had ~ I give the rodent a bee bee or how many it takes and plant them in the garden ` sorry about your little hen ```
Click to expand...

Wow, I think I could do this! Thanks, I'll give it a try!

We were busy in the garden today. It has rained for a solid week. Today it only looked mildly threatening, so we all spilled out of the house to go about our various tasks. While my daughter busily stacked rocks and experimented with how gardening gloves look on her hands, my son ran around hiding boxes and putting treasure in them. I was able to pull weeds in about half of the radish patch, and thinned out seedlings that were too close to other radishes.

When my daughter decided she had a burning desire to go to the backyard, I continued a project along the back fence clearing space for where I want to put some blueberry and raspberry bushes. Unfortunately, last year I didn't spend any time looking along the back fence, and the neighbors Evil English Ivy of Doom swarmed over the fence and took over!

The blackberry vines from the back field were also weaving their way through the ivy, making simply pulling the ivy up no easy matter. I finally got most of it pulled up, but ended up having to go inside for Emergency Hot Chocolate.

I still need to pot up my tomatoes and reorganize in the grow tent so there's enough room in there. I'm also taking writing work even on the weekends because I'm really worried about the economic future right now. The saying goes, "Make hay while the sunshines," and it seems inevitable that some day soon people won't be able to afford to have blogs and articles anymore. :-/