Lost all my tomatoes today. They are all snapped middle of the way through, with the sticks stomped on and knocked over. I suspect neighborhood games and a thrilling game of "Among us." I planted seeds but I think it's too late for that. I heard tomatoes are for sale $2 each at a local store so may go buy them.

It's not the first time this has happened. Boys in the neighborhood had a major nerf war through my corn a few years ago and flattened the whole thing. They didn't know hiding in it would cause it to flatten It still produced though. These tomatoes, not so much.

i have no patience for that sort of behavior! I work way to hard for what we have to have it destroyed by vandalism.
On the other hand, $2.00 for tomatoes is pretty cheap the downside is the lost connection between me and the plants. A connection of sorts that comes from choring on them twice a day for the 4 months they spend in my nursury!

children see the world differently. i'm glad you can not go off on them for this, but i'm also amazed they couldn't notice it was your garden and all that work in planting and caring.

perhaps some of the plants will recover. prop the broken stems back up and tie them to the stakes and they might heal. anything that doesn't heal you can eventually trim off.

I have missed your May updates, AMK'.

So when do I discover what you have been dealing with, after your tomatoes are destroyed

. I have gone straight to the parents after talking to neighborhood kids when they have decided that my garden should have a bicycle race track through and around it.

One's casual disregard for what I was saying really ticked me off. His mother was so messed up on alcohol or drugs that she was barely coherent. She, at least, got the message that the owner and I were like this

and that we would not be tolerant. (I had my responsibility, too .)

I'm not sure that I believe that fences make good neighbors but some boundaries can be defined. (Read Robert Frost's poem and you will see why I have that feeling about his neighbor, my neighbors and that attitude .)

Now, about those successful veggies

. They make me think that you can probably grow what I have trouble with only about 300 miles away!

Napa Cabbage. The only way I have been successful growing the plants is in the hoop house and leaving it up - waaay into June. It's not the heat that I think that they want .... It's the up & down temperatures that they don't want!

Chamomile. I like chamomile tea! I didn't kill them but the plants were so inconsequential and flowers so few that they amounted to nuthin much atall! Don't think that they like it here. Tried to talk to them about our acres of mint plants that are grown commercially but they were not impressed.

I'm sorry about the tomato plants. Maybe give the kids an educational tour and explain that they did damage to plants that you raised from seed. It probably wasn't done to be malicious, they just dont' realize.

Everything else is sure looking good. Give yourself a big pat on the back for the healthy looking plants. A Venus flytrap in the greenhouse! Who knew?

Another bad day in the garden, it hailed all day yesterday. mild damage to pepper plants, but the squash were spared. 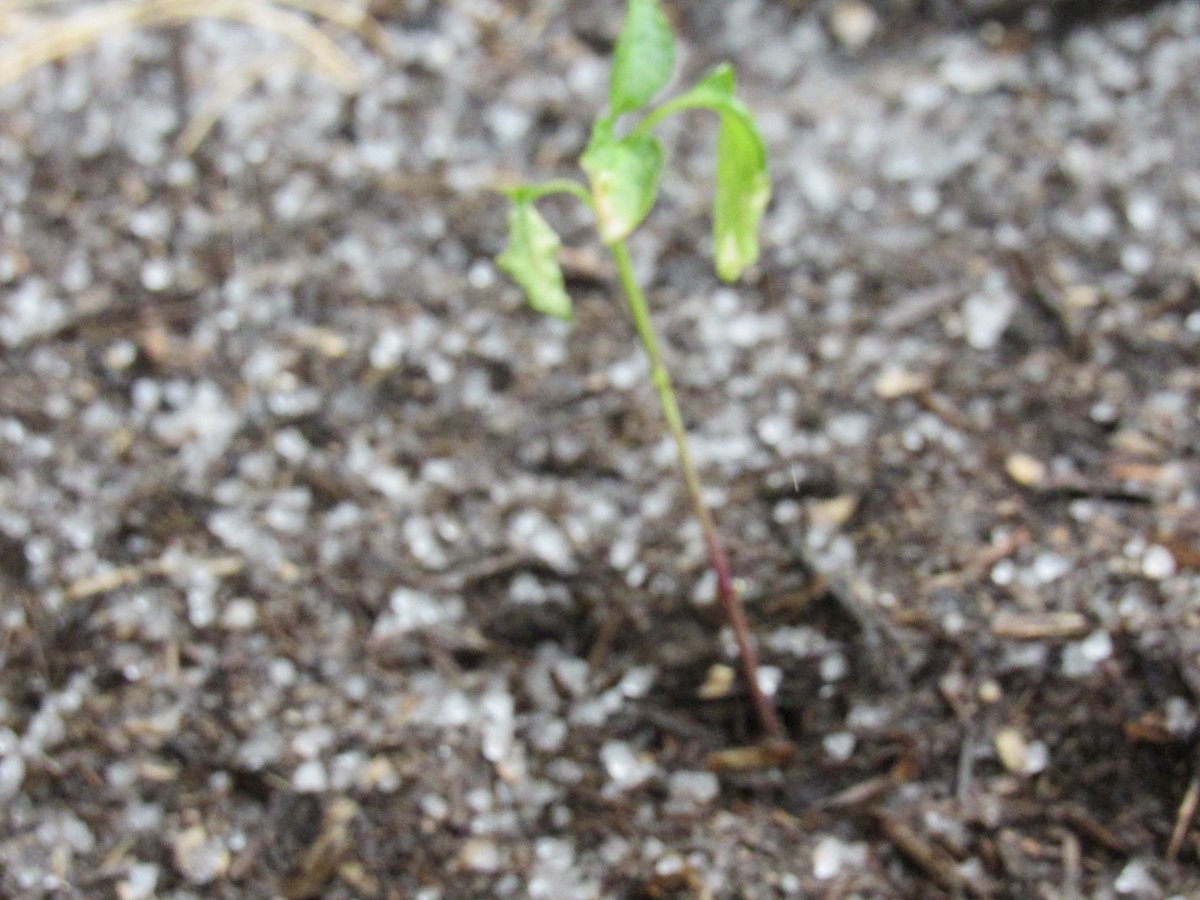 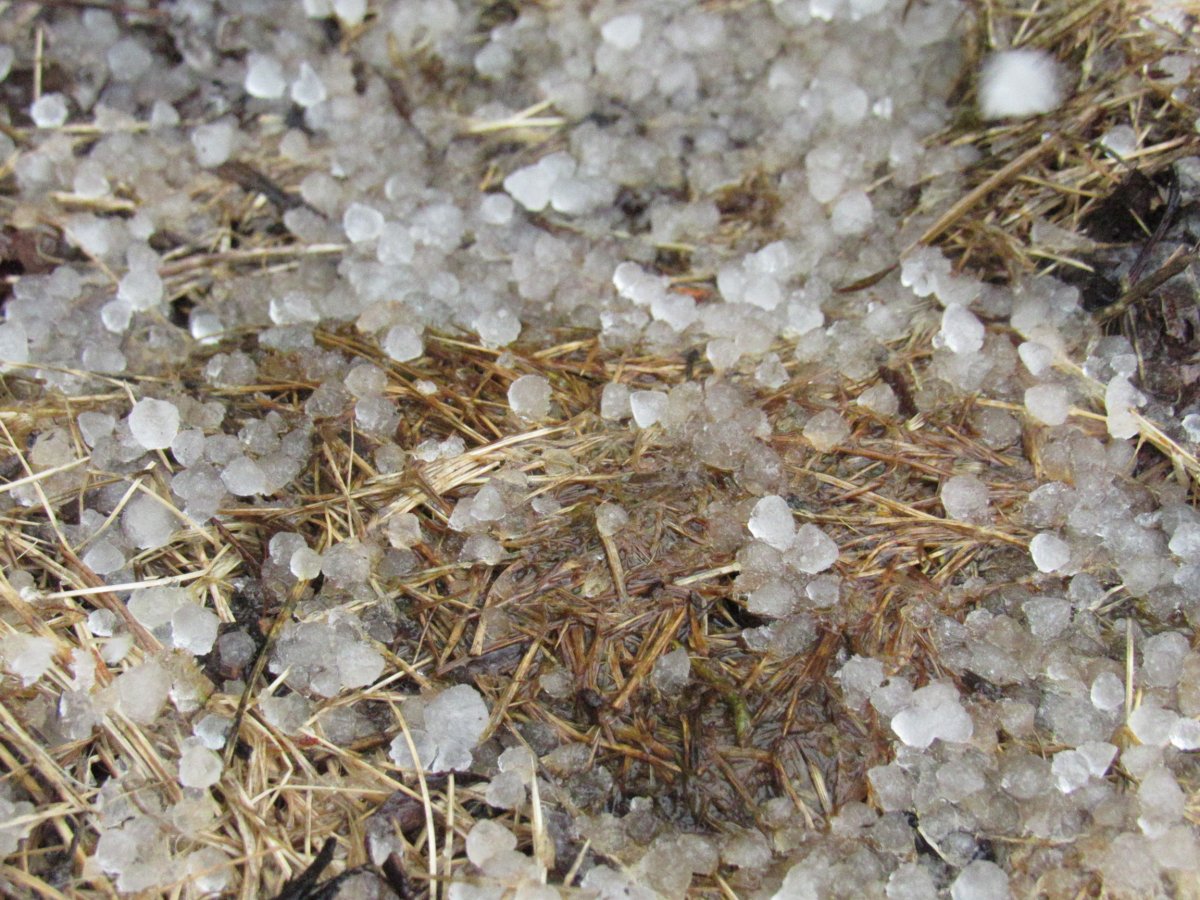 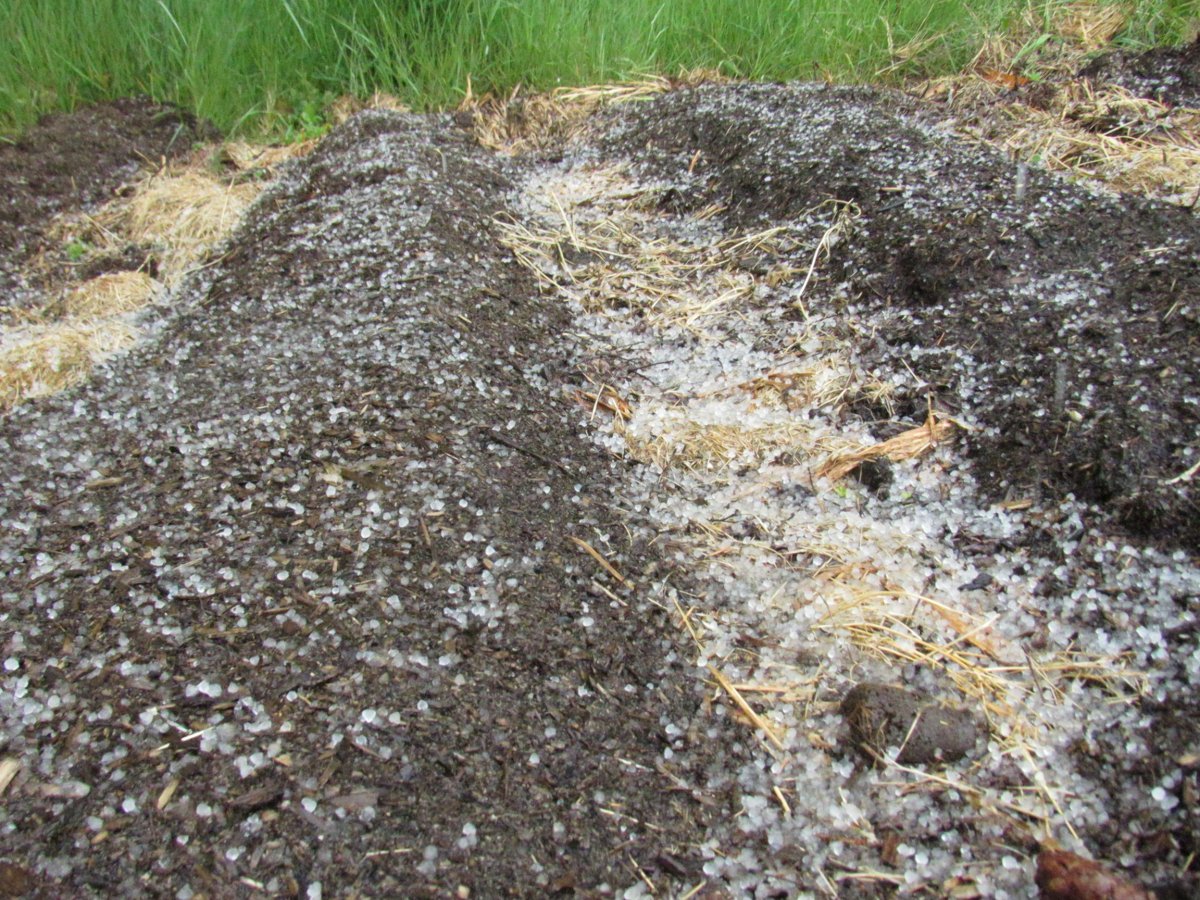 Sounds like some kind of fencing is in order in your garden.

To keep the hail in or out?