w_r_ranch said:
If you have a dehydrator, try drying some as it really concentrates the flavors. I've been snacking on them for a couple weeks now, LOL!!!
Click to expand...

I do dehydrate them! Like eating tomato candy! I dry can them in half pint jars at 350 degrees for 10-12 minutes, to get a good seal on the jar. Then we use them, crumbled up, over salads, when we have no fresh tomatoes.

Today I turned the sheep in the garden. Yesterday I picked what was left so the sheep could go in and clean up. After they eat the weeds that got away from me, we'll clean up and re mulch. The tomatoes hit a slump and quit bearing those huge tomatoes. Now I'm getting little tomatoes stung by stink bugs.

I put on rubber gloves and went down one row pulling off rotten tomatoes. I can stick my hand up a chickens butt and drag out the guts, I can drop the guts out of a hog and even clean a gut shot deer. No problem. But grabbing a rotted tomato-or worse-one with a worm in it just grosses me out. Sends shivers up my backbone.

I got some garlic juice that I'm going to spray the tomatoes with. Last fall, they rejuvenated themselves and started bearing again, but the stink bugs were all over them. The stink bugs showed up earlier this year. I hate them, there's so many, it sounds like buzzing bees.

Finally caught up on your thread. You've been having a good year so far. I'm anxious to see if the garlic spray is going to work.

I know what you mean about grabbing a rotten tomato. YUCK! My Cherokee Purples have some small green tomatoes on them but not getting big. I got more out of the garden this year but still could do better if it wasn't for all the weeds. At least we are getting fresh sliced for supper at night. I got one summer squash and a few peppers, even a small mess of beans so it's better than last year. My one little tommy toe hasn't done anything but bloom in my big pot but the basil plant is doing great.

I grew Hastings Prolific White Dent Corn for corn meal. I ordered the seed from @HomesteaderWife and was happy to get them. Crows pulled up a bunch of the corn sprouts. I composted the plants, God provided the rain. We turned our attention to finishing the outer parameter fence, then slaughtered 3 hogs. I processed one for our neighbor and one for us. By this time it was beastly scorching hot. Weeds took off and did rather well. LOL I picked and shucked the corn a couple weeks ago. I shelled it two days ago and got out the grain mill today. My husband and I milled 6 cups of corn and got 10 1/2 cups of meal. I made hot water cornbread with chopped onions and it was delicious. I have corn from the biggest and best set aside for seed. 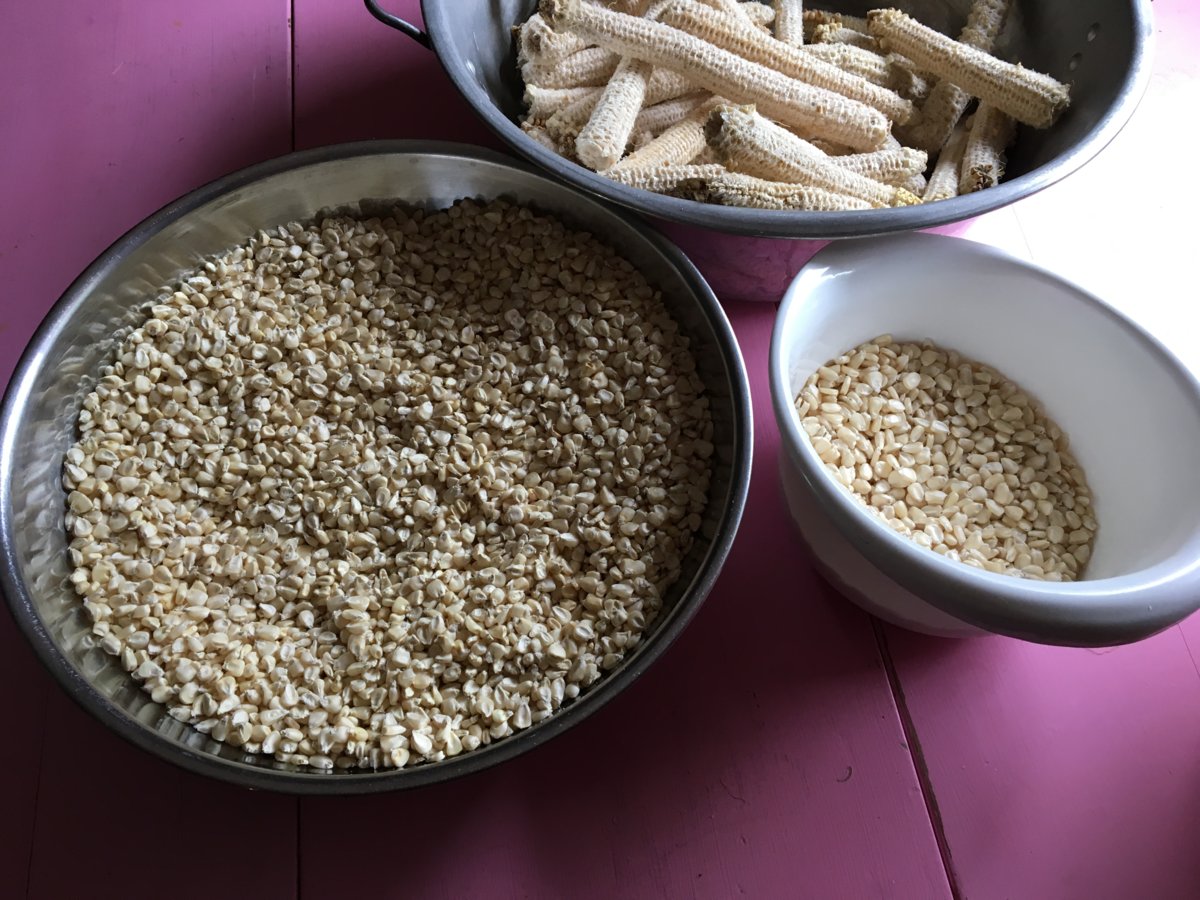 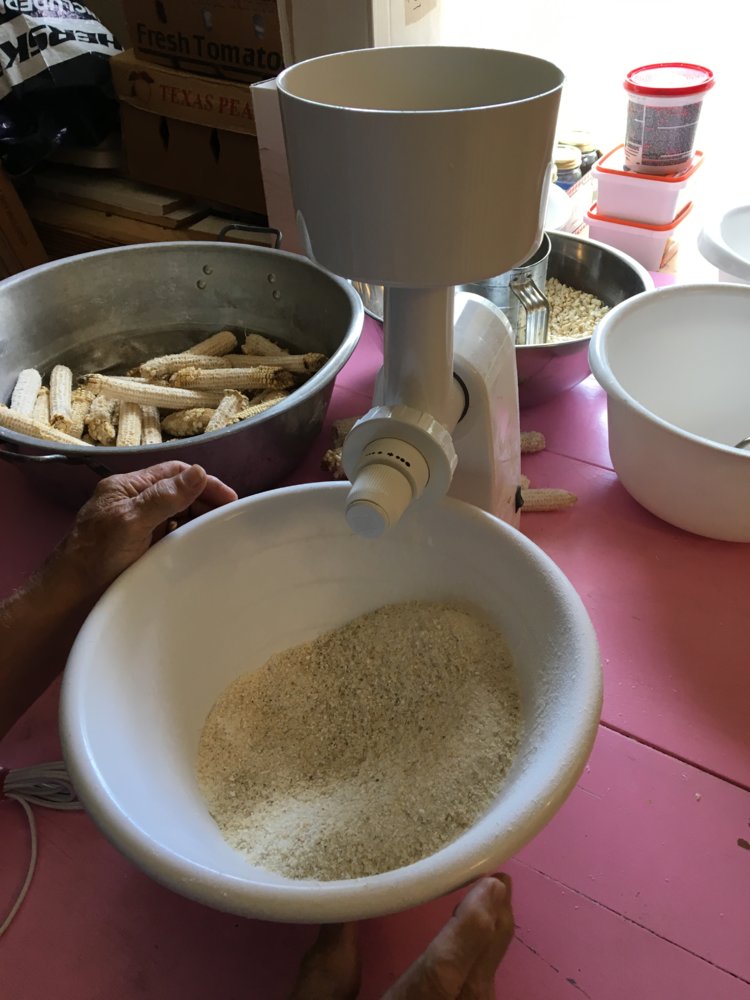 Interesting that it made more meal than there was measure of corn kernels or is that two separate things? I've never eat fresh ground wheat or corn but I'm sure it has more flavor than the stuff that's been sitting around for weeks or months.

It will taste different as she has ground whole kernel (germ, starch-both hard and soft) while what we buy is starch only.

Shelf life of whole grain is much less as oil in germ will go rancid.

Do you know you can make jelly with left over cobs. Cob jelly is from depression where nothing was wasted. BYC had a thread on it years ago.