meadow said:
Yes, although no hot weather. We did successfully ripen, about a week ago, Dakota Sisters (cantaloupe) and Sweet Dakota Rose (watermelon) from Prairie Road Organics, as well as one Louie's Wonder cantaloupe (SSE).
Click to expand...

glad to hear! i can doctor up the late melons i do have but i do need to learn more. thanks for the names i can read up on.

Well, now that we can see by "likes" that @baymule is up and having some of the coffee that @Marie2020 has poured for her ... I can move on from the bowl of oatmeal with dried apricots, cantaloupe on the side and oolong - to my cup of herbal tea .

Thinking about sinus problems and having that uncomfortable feeling of unequal pressure in one ear. There's no reason to imagine that I should have less problems with that one just because it moved into "profound" hearing loss about 2 years ago. No face pain but blowing my nose too often isn't helping that pressure. Maybe it's atmospheric?! After all, we had a little ~ very unusual ~ rain (over 1/2") that continued until after 10pm last night and it is still really cloudy. The last time I saw him, the primary care MD asked me when I would be willing to go back to the ear/nose/throat office. As one slides into more limitations, one becomes a little exasperated with those who are supposed to help but the problems seem a little beyond their capabilities ... or, something. There, exercising the jaw seems to be doing some good .

Sure is Dark out! What happened to the sky lightening at 4am? We have just about a month left to Daylight Saving Time in this USA. Shift ... Shift Ahead ... Shift Back ... You know, I didn't have to be concerned about it when I was a kid and would be heading out for my bus stop which was nearly a mile away through country roads just.about.now at 6:15! Wow, it was dark some mornings when that big mountain valley had fog. Sometimes, I would ride my bike to a neighbor's house but it seemed safer to walk on mornings like that. I wonder about modern conveniences and our dependence on them, often. Then I read about kids and the school buses in @Zeedman 's neighborhood and someone stealing catalytic converters !

it's been such a nice few days i wish they'd stick around for a few more weeks.

48F this morning, nice and cool. Sunny bright day, it will warm up to 84F.

baymule said:
48F this morning, nice and cool. Sunny bright day, it will warm up to 84F.
Click to expand... 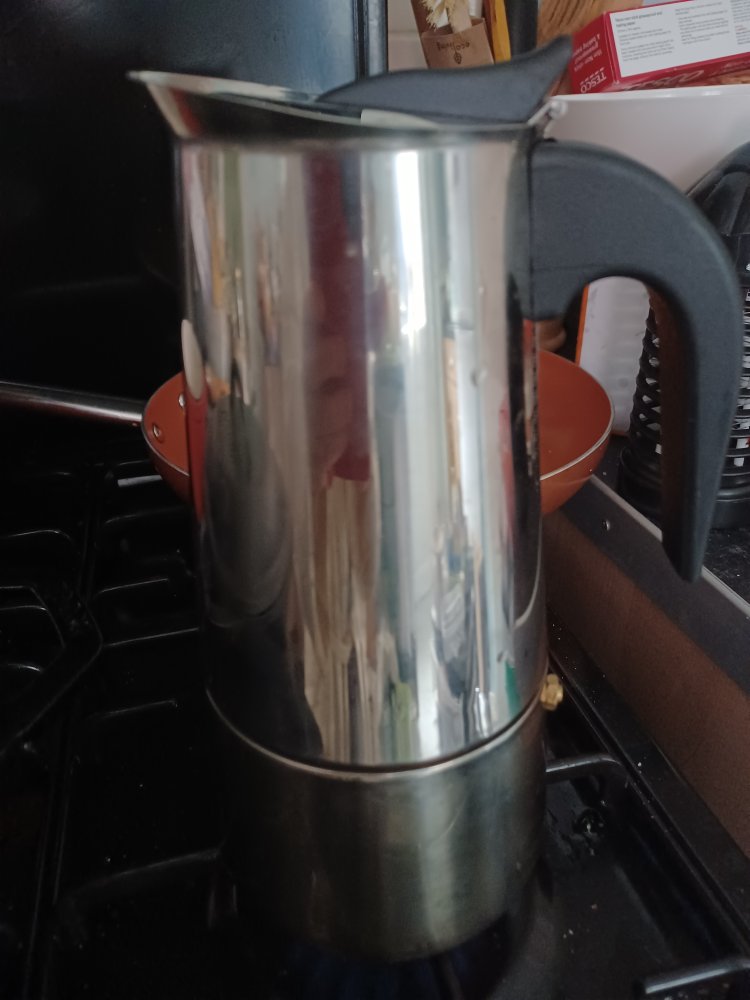 It’s 46 with a high of 78 this this morning. I plan on staying under a blanket all day. I’m thinking im thinking it will be both tea and coffee this morning. Green tea with breakfast and coffee for church since one of our out buildings still doesn’t have heat.

Dogs barked all night, coyotes must have been out last night. Pain showed up and leg hurt. Didn’t get much sleep. I need a nap.

Artichoke Lover said:
It’s 46 with a high of 78 this this morning
Click to expand...

Probably as close to exactly our temperatures as could be possible .

And, I was thinking yesterday how very, very pleasant these days are ...

Today, we may be returning Garbanzo the Dog to DD.

The big veggie garden is on the way but it shouldn't need water after that nice rain. "Nice" weather continues by most every local's definition but that means sunshine, not more rain. Yes, we will all cheer when the storm clouds return.

Stopping at the garden would likely mean a haul of tomatoes and beans. We can see if the Spinosad made any difference to the flea beetles' enjoyment of the mustard greens. Maybe the first planting of broccoli will have produced a few more buds. Maybe the late planting will show more than amazing recovery from beetles and heat with more than big wide leaves - like developing some heads to harvest

This second season trial of "Eastern Magic" broccoli is just adding to my confusion about the variety. I have been pleased with its ability to recover from some really, really Wild West Summers but, dag nabbit,

what about that 62 days to maturity rating? Resilient, Yep.