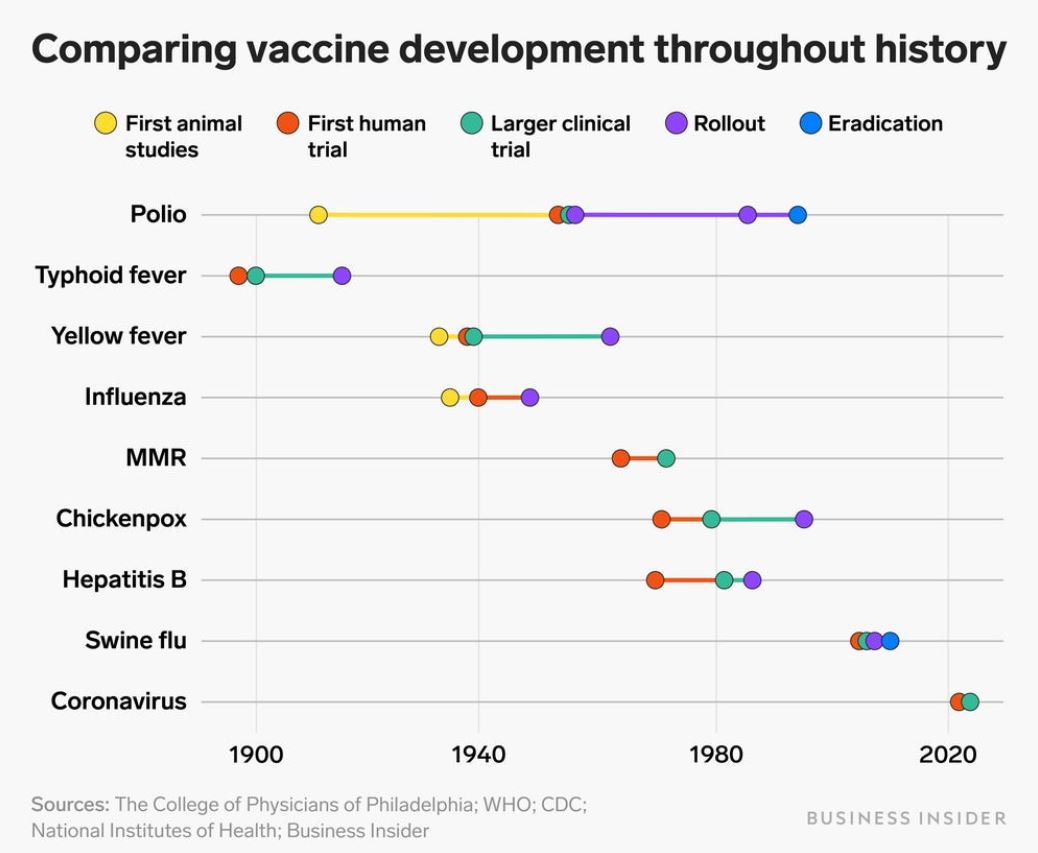 Notice the internet and mass computer usage beginning around 1990 and the shorter vaccine development timelines afterwards.

BioNTech began its Covid vaccine program in January 2020. Its partnership with Pfizer was announced mid-March. Pfizer handled the trials. Along with agencies in other countries, the US Department of HHS committed to buying the resultant vaccine in late July.

Communication and evaluation must be enhanced by computer technology. I was reading recently that an app can be used as a diagnostic tool - how that works

Meanwhile, a Penumbral Lunar Eclipse will be visible here, tonight at 1:29 AM PST.

We all know that Mt Everest is the highest part of Earth above sea level, right? But, is it the farthest into space? No. Because of the Earth's bulge at the equator, Mt Chimborazo in Ecuador is closer to the stars.

Along with this reality, which probably comes as a shock to most of us (did to me!), is the fact that on the very same line of longitude is Punxsutawney Phil. It's true! Since Phil is sleeping underground in the USofA at this time of year, he is closer to the center of things. In Pennsylvania. Gobblers Knob!

The "'Inner Circle' —recognizable from their top hats and tuxedos —who ostensibly communicate with Phil receive his prognostication." (Wikipedia) Now, who wouldn't trust Phil and the Inner Circle to be able to tell us what the heck is goin on??!

Dreams are a part of my sleep and I have what I think of as "pandemic dreams," lately. These are consistently non-frightening experiences. Maybe, that is why they are occurring for me in 2020. Calming, familiar scenes and people ...

Last night's dream was a little different. Not especially upsetting but, maybe, meaningful. However, I often think of a joke that I heard years ago when I think to relate my dreams. It may have been a Seinfeld joke how dreams are meaningful to the person experiencing them but not to others: "But it was was a seedless grape!!!" Seinfeld said lol.

Anyway, this dream may have been prompted by me reading about a guy who became upset with the United States during the1960's and moved out of the country. Yeah, what happened to those guys over the last 50+ years? Times change ... did they change?

Dream: I was entering a post office and met someone that I didn't really know but our kids knew each other. He was there to renew his passport; I was probably buying stamps. We were chatting and went in to a large waiting area with tables and those stanchions guiding where you are supposed to wait. There were two "openings" between the ropes and we moved to one of the openings to wait for the person working at the counter.

The guy is telling me why he's there and that he is upset with Americans right now and planning to move out of the country. "You get outta line in these other countries, you are beaten." he says. "Yeah, beaten!"

This is apparently a good idea for this guy. I look over at more people who have come into the post office. They are lining up on the other side of the room. Uh, oh. The guy I'm with notices and says, kind of grumpy, "I better get over there before it gets too long."

I'm thinking, "But, we were here before they were. Sure, it's the polite thing to do and I should and will do it but ... How is it that this tough guy will do this? I mean, we were here first and formed a line. Then, I woke up.

digitS' said:
...
I'm thinking, "But, we were here before they were. Sure, it's the polite thing to do and I should and will do it but ... How is it that this tough guy will do this? I mean, we were here first and formed a line. Then, I woke up.

i wake up when the dream becomes frustrating and as soon as my emotions get stirred them i'm awake. i have however also had some really great lucid dreams and when i've woke up i've written them down. 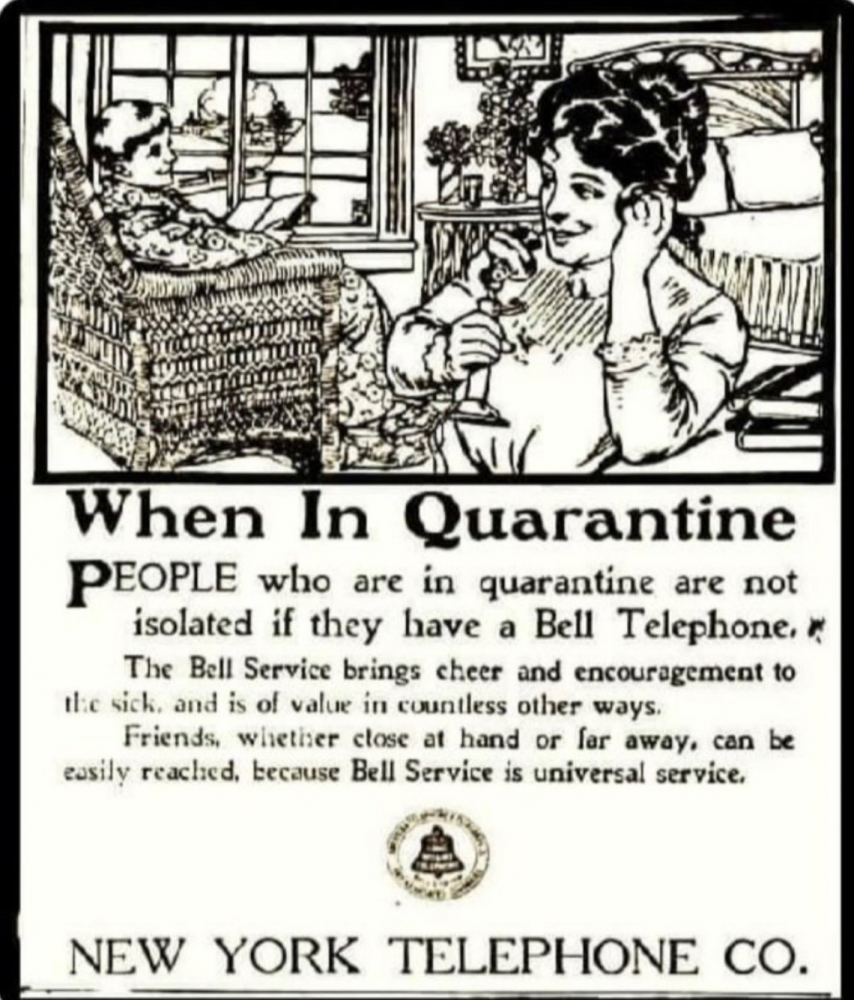 wait until they drain the Great Salt Lake even more (which they have plans to do).

A retired news person returned to her home in Montana. That state is currently hard hit by Covid-19.

After living there about a year, she says, "I know so many people with Covid, and nearly always the second thing they say is 'don’t tell anyone.' We have pulled off the very dumb feat of stigmatizing an airborne virus."

With our very well intended laws on health condition privacy, we are really adding to the mystery of outbreaks in our communities and neighborhoods.