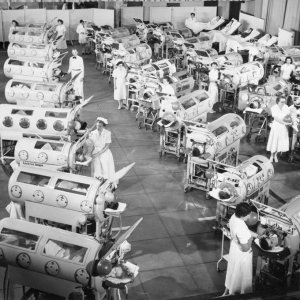 digitS' said:
...
This idea that is going around in government economic circles:

This is kind of a reverse mortgage! Olde people might want to do that with their homes and if their living expenses are beyond their income. It may make sense if they aren't concerned about their heirs and don't expect to be living beyond a few more years. A 40 year old tossing their retirement insurance is a sad thing.
Click to expand...

our society doesn't value frugalness or common sense any more. the repeated bailouts of the past 40yrs has driven that point home even further.

a long time ago i made my choices and have mostly stuck by them and that is why i can do what i'm doing now. i'm still some years from being able to draw SS or to use the retirement funds, but that is ok. when i need them i want them to be there - i still live a simple life and get by on not much. when i need the funds to kick in i will have to support myself and a small place to live and should be ok for that - we'll see how it turns out...

"Most people who get infected with poliovirus (about 72 out of 100) will not have any visible symptoms."

@flowerbug , there is an alternative to retirement insurance and savings.

digitS' said:
@flowerbug , there is an alternative to retirement insurance and savings.

A couple generations ago, that philosophy was quite common, with several generations living together under one roof. I doubt it would work as well now, though, even if you chose to have that many children. Sure, you would get a lot more support from the tax code & social welfare programs than parents could access back then. However, family bonds seem to be growing weaker these days. Chances are you would just find yourself dumped off in a nursing home... which in these times, means the kids would probably get their inheritance a little sooner.

I'm fairly sure that I detect some resistance to the Nursing Home, @Zeedman .

The Medicare safety net may not be there for the 100 days covered at a Rehab Center. Resources for a life on a Senior Living Campus may be beyond reach. Paying for Assisted Living may be impossible. Savings for taking up residence in a Continuing Care Facility may be inadequate.

Have I used up most of the synonyms for an Old Folks Home? These outfits utilize something of a confidence trick with names over time and generations. Well-meaning ...

If a large segment of the population is aiming for a banana republic response to crisis, Comfort Care may be denied. So, we have every reason to expect a loss of confidence by younger generations that any safety net will be there for them. Old-age insurance is working hands in every household.

digitS' said:
@flowerbug , there is an alternative to retirement insurance and savings.

in an overpopulated world something else needs to be done.

America's ageism, and prejudice against dementia patients, is deadly

The alarming death rate of U.S. nursing home residents due to the novel coronavirus is not a sad inevitability

This is written by a Chaplin for NJ nursing homes.

He put lots of links in the article if you want to check the numbers.

We all want to have long, healthy, productive lives. For many, aging doesn't allow that in later years. And, family members have many responsibilities and cannot always serve as caregivers. I often am reminded of who I would like for neighbors. Those who work as healthcare workers are right at the top of the list.

America's ageism, and prejudice against dementia patients, is deadly

The alarming death rate of U.S. nursing home residents due to the novel coronavirus is not a sad inevitability


We all want to have long, healthy, productive lives. For many, aging doesn't allow that in later years.
Click to expand...

First, as respectfully as I know how to say this, your statement doesn't make a lot of sense. Aging doesn't allow us to have long, healthy, productive lives? Age, by definition, would seem to counter the long life argument. Healthy is just so vague. I'm 67, and able to do most of the things I want to do....as are so many on this site and the sister site, "Backyard Herds". As is productive, by the same measurement. Of course, you did precede with "many". Granted. What is the exception and what is the rule?
I think we are often victims of our own success. My grandmother lived in a nursing home for 5 years, following a debilitating stroke. She could not walk, talk, feed herself, or control her bodily functions. HER mother, in similar circumstances, would not have gone to a Nursing home, because she would not have survived beyond a day or so after the initial attack. We have advanced medical treatment to such extremes, that we have reached the point of confusing what we CAN do with what we SHOULD do. Would my Grandmother have wanted to exist the last 5 years of her life as a veritable vegetable? Based on her former lifestyle, I'm convinced NOT. In my case, I have let it be known to family, doctors, medical records, etc., NO extraordinary life prolonging efforts.
In the accompanying article, the author seems to be saying that we, as a population, have turned our backs on the aged and infirmed. I will not contradict that assessment, but at the same time, question if this is a new phenomenon. First, the aged invalid population has grown due to medical advances. Who can say what treatment (or lack thereof) those folk may have received at the hands of their families a few generations back. Or, in fact, for those who reached that point, DID receive.....from untrained, unsophisticated, frustrated family members. Is the reluctance to shoulder the responsibility of caring for those unable to care for themselves a new thing, or was abuse, mistreatment, and ignoring of the aged and infirmed happening throughout the ages...only not reported because it was happening in private home settings to victims without a voice to cry out against it?
My paternal grandfather lived in a nursing home for over 20 years. His "illness"? He was legally blind, could not see to give himself medication, was so spoiled stupid by my grandmother while she lived, that he could not cook or do laundry for himself. And he was so contrary and crotchety (read-mean) that his children could not have him in their homes. Plus, they all had multiple job households, and there wasn't the time to offer the care he needed. I loved him dearly and visited minimum of twice a week until college and military service took me out of his life. They thought he was mean. I thought he was funny. Should he have died early? Of course not. He was sharp minded and physically ambulatory until the day he died at 101. But I shudder to think of the treatment he would have received had the family been required to provide his care.
This diatribe has no place in a gardening site, and I apologise for including it. But your posting of an article basically accusing the current generations of turning their backs on us, the aged, just struck a chord that I could not ignore. I do not intend to become a "chore" for my children or grandchildren, and in fact would be disappointed in them if they allowed that to happen. Rather, let them remember the good times, the vibrant me, rather than the helpless drudgery inducing obligation I could become because of modern medicine or age related infirmities.

An important purpose for posting the article was the links provided to support the author's argument that this pandemic has been devastating for some care communities.

"So, if we've already imagined these people as disappeared — and, to some extent, have treated them as such — then it is no surprise that the disproportionate vulnerability of people in nursing homes to dying from COVID-19..." that is the Chaplain's contention.

We can hold ourselves out in our determination not to be a burden on our offspring. Certainly, if the icu can keep us intubated and in a coma for an average of 3 weeks and for 3 months if necessary, we should provide some pre-instructions.

What we should really be careful with is the idea that people should be divided and bunched into those worthy and the devil take the hindmost. Our responsibilities may become too great and many of us cannot rise to shoulder the commitment personified by the German pastor released from Dachau by the Allies in 1945 who wrote "First they came ..."

Steve
I'll use up my quota of quotation marks : "Release of the elderly, which was a time of celebration for a life well and fully lived ... Jonas stared at him. 'Release is always like that? For people who break the rules three times? For the Old? Do they kill the Old, too?'" ~ Lois Lowry, The Giver
You must log in or register to reply here.
Share:
Facebook Twitter Reddit Pinterest Tumblr WhatsApp Email Link