What are You Eating from the Garden?

Had to throw away a big zucchini, so one horse got a good snack.
Used the last beefsteak tomatoes on a frozen pizza Sunday night. YUMM!!
Ate the sweet pickles I made this Fall from my surprise cucumber crop with hamburgers last night.

Homemade garlic Aioli, yummy, tastes better than the ones from the supermarkets.
The egg, garlic, and lemon are from the garden 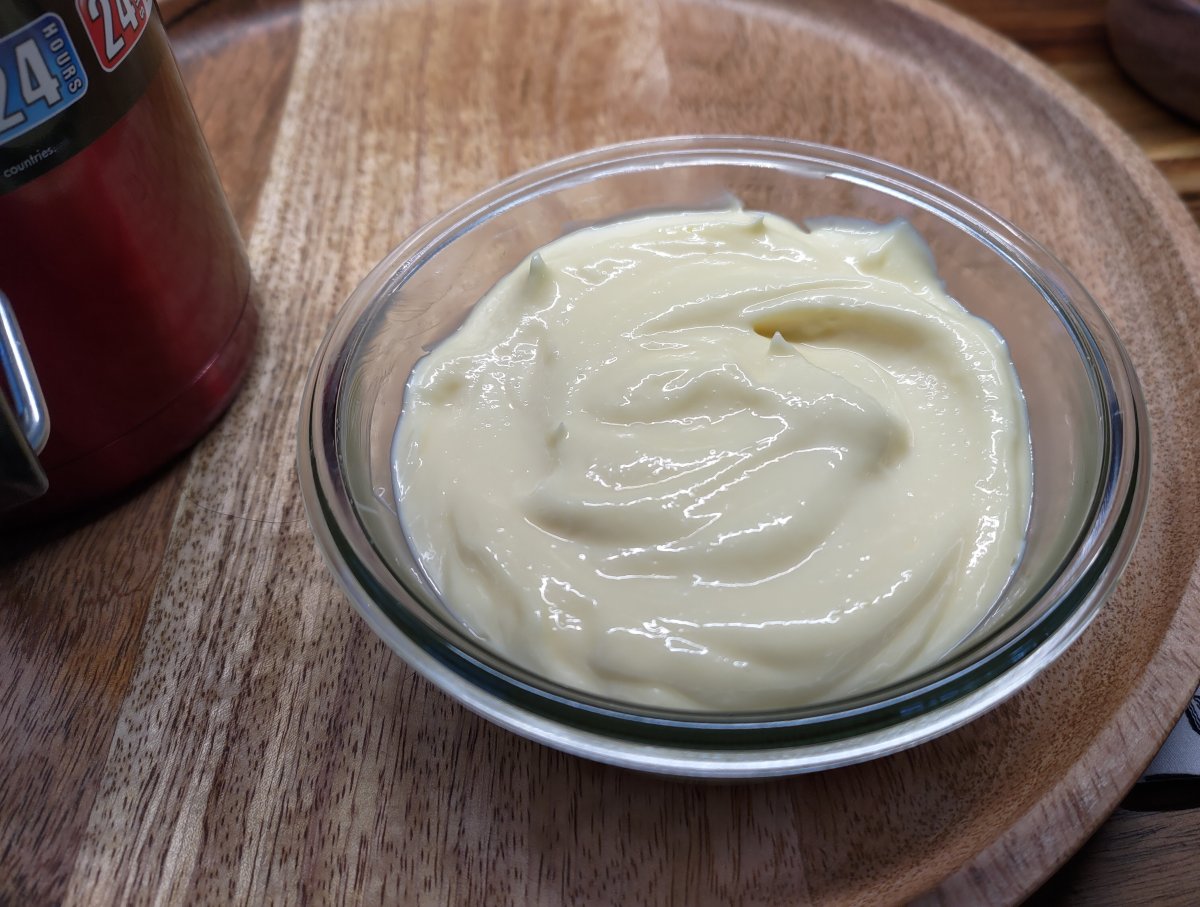 Must say it was satisfying to make a Thai inspired soup last night with Sunshine squash, garlic and carrots from the garden. I had to dig the carrots out from under a thick layer of leaves with frozen snow on top; couldn't feel my fingers for a few minutes after that, but got a whole lot of gorgeous orange roots and a few nice green tops for the bunny too. This is rather shocking, as I have never been very successful with carrots until this year. Either they wouldn't germinate, or if they did the roots would end up riddled with pest damage. It looks like I may have finally figured out the secret sauce for growing carrots in our region.

Soup? Garlic? Carrots ? All that with onions and parsnips and THESE:

No potatoes this time with pasta, instead. I could have had the other ingredients in the picture but none are so dramatically ... uh ... homely. As the Celeriac .

We just finished off the last of 2020s canned black eyed peas an green beans in December. I also pulled a few carrots I missed out of the pots and to my surprise they weren’t woody at all. Frozen blueberries from the batch we picked at a friends house (not from my garden I know but we’re still waiting on the runners they gave us to produce well.) I found a bag of strawberries I froze and those will probably go into some oatmeal this week. If this warm weather holds I’ll have radishes by the end of January and lettuce in early February. Thursday we pulled some frozen purple hull peas out cook. The green beans are officially freezer burnt though and need to be tossed.

Artichoke Lover said:
Thursday we pulled some frozen purple hull peas out cook. The green beans are officially freezer burnt though and need to be tossed.
Click to expand...

Last year I tossed some freshly shelled green peas in a glass jar and froze them, and when I found them last week they were very good for eating cold right out of the jar once they thawed out a bit. Frozen green beans are another story though. I have tried freezing them both blanched and unblanched, and no matter what I do the texture becomes kind of rubbery once they are cooked. Does anyone have a better way of freezing green snap beans?

I Wish! I gave up trying to freeze and just pressure canned them last Fall, when my surprise bean crop enabled me to save them.
We just ate some last night. Eldest DD complained that frozen green beans taste better, but I thought they tasted pretty good.

We did our very first fermenting this year, and green beans were quite tasty once fermented. Maybe that is the way to go.

Branching Out said:
We did our very first fermenting this year, and green beans were quite tasty once fermented. Maybe that is the way to go.
Click to expand...

dilly beans are also quite good if you like dill...

I bought Dad a beer making set-up for his 70th birthday. Of course, I wanted to be involved. When he turned 80, he decided that he wasn't willing to go to all the bother so I took the apparatus home. My first batch was sooo bad that I dumped it.

A couple tries at sauerkraut was just as disastrous. I tried to make pastrami, not quite a fermented food but still - it didn't turn out anywhere near kosher!

I figured that I just didn't have enough culture for these sorts of things. But then, I wanted to try wine. My idea was to come up with a recipe for using produce from the garden ... after about 5 years, I had an okay production of rice and raisin wine going. It seemed foolproof. But then, I realized that neither the grapes nor the rice were from my garden. Furthermore, there was a ton of stuff on grocery store shelves that was a heck of a lot better than what I was bottling. And, there was no way to get Dad back into beer making ...