Seattle Times reports today that the COVID-19 vaccine is not always successful. But, we knew that, right? When they talk about 95% or whatever percent effective - that means some folks will still contract the disease, this disease or any other disease for which the vaccine was hoped would provide the individual protection.

Well, that's not exactly discombobulating since there have been "more than 1 million Washingtonians who have been fully vaccinated against COVID-19, 102 people have tested positive." And, "Most of the people with confirmed vaccine breakthrough experienced only mild symptoms, if any, according to DOH."

28% of people over the age of 65 have not yet received their first vaccine in Washington state. The Gov is asking younger folks to try to talk to the older folks to encourage them to get their shots, since they are at more risk.

cases going up by quite a few here the past few weeks. so again are hospitalisations. all over again. mostly younger people this time because a lot of the older at risk people have been vaccinated. the govenor says she won't impose restrictions again so it looks like we're going to go the hard way for herd immunity now.

cases yesterday were over 6000.

here is the last month of hospitalisation data:


the stats on first and 2nd shots and percentages vaccinated have been increasing as they should, but still a ways to go. somewhere around 35% of the people over 16 have had at least their first shot, about 20-25% should have had their 2nd shot or are in the group of those who had the J&J one shot vaccine.

i've still not been contacted by the county when/where i can get the vaccine.


i really don't see how they are going to avoid overloading the hospitals again.
Last edited: Apr 2, 2021

The vaccine situation really seems to be loosening up, here. I was contacted by the healthcare office about "advisablity" way back in January. Then, DW received a letter from her people, reinforced by her personal doctor. I signed her up with the government, immediately.

Nothing. Waited weeks. Finally, she had a regular appointment with the doctor and I asked. He made it happen.

I was thinking that if either of us was real sick, it would be an absolute disaster. Hadn't done a thing about scheduling my poke. That's probably identifying too strongly with another person's health .

I figured if her doctor can smooth the way, mine could too. Same outfit - so I went into the office and it was scheduled in minutes. Now, we both have to wait a few more days for #2.

DD, in her 30's, has an appointment for #1, next week. DS is planning to visit here about the first of June. He is way past #2 but he is in Oregon. You know - the state where the healthcare workers were trapped on the interstate by a snowstorm. So, they were going down the line of cars giving people shots because they couldn't get back to the office freezers in time to secure the vaccine. Oregon.

His office is downstairs from a dental office where the workers were visiting with their needles. End of the day, on the way out of the building, they have a few more doses ... stopped at his office. Yep.

CDC with 2020 stats as they begin to be shaken out. Quite the spikes in April and December.

flowerbug said:
i've still not been contacted by the county when/where i can get the vaccine.
Click to expand...

That was my complaint here as well; the County is doing a very poor job of coordination & communication. While the Health department would state that X number of people had received vaccinations, they were not saying who was providing them until after the fact. If you inquired, possible providers stated that appointments were needed - and they weren't making any. It seemed you needed connections to get a shot. I went so far as to file a complaint with my State representative, asking for some oversight. After a radio announcement a few days later, DW & I were finally able to get our first shot, and have an appointment for #2 next week.
B

good to hear. most of my family is afraid of this and talking each other out of it. i want to smack them all upside the head. especially after seeing some others in our relations and friends have such a rough time. *sigh*

There is NO way in H&// Im taking that poison. 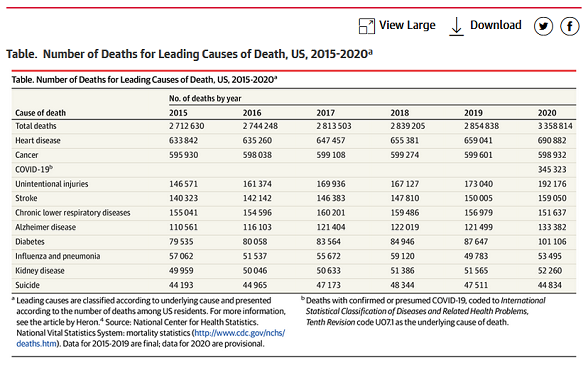