weeding and planting beans in the North Garden, almost done, hope to get that done this morning - gotta get out now while it is cooler. doing some other plantings inside the fence the rest of today as much as i can get done.

Added supports for the tomatoes and Tipis for sweet peas~ 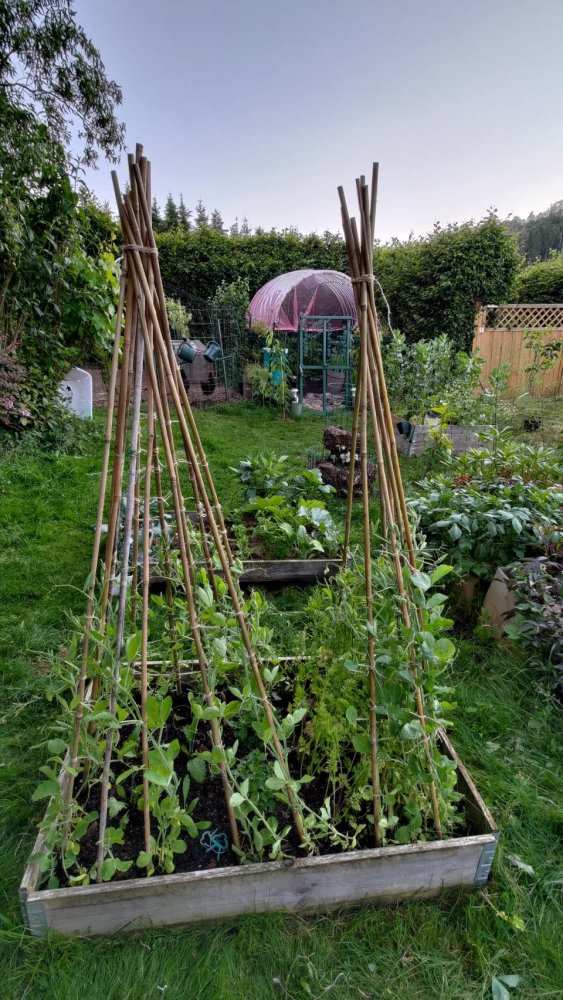 Lots of poles in those trellises, Phaedra.

I was off to the big veggie garden to set up a pea trellis. The trellis I set up today looked like one of these: 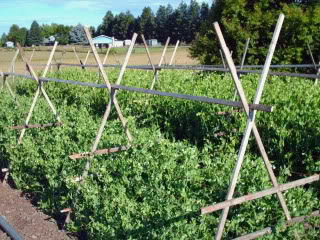 taken about 10 years ago, with a pre-smart phone.

Baling twine today and for these 10 years ago. The plants aren't nearly as high. Only one trellis but there will be another one soon (3 in the picture).

Also had time for some tilling and a little more pea seed was planted. Who knows. As cool as we have experienced in Spring 2022, maybe a 3rd planting of peas will be okay started this late .

5th time planting OKRA!!!! Nothing comes up. So I soaked for 1-2 hours in sun first. Then planted 3 different areas in garden. Where I want it, 5-6 seeds per hill then planted over the top about 1” apart the entire row. One spot is another store bought variety. Planted some in cup in dirt where they sprouted. Can’t figure out what is going on! Dang mole or vole runs his tunnel right under plants stunting and killing along the way! Maybe he loves okra seed!
Also did some weeding. That is a never ending job for those of us NOT in Cali…

started out this morning digging in one garden so i can get it ready for planting. trying to make sure to remove all quack grass roots. one and a half feet in mostly clay, it's not rained much so the ground is pretty hard but i don't want to water it because that would even be more of a mess. almost done. a few more feet to go, but that isn't too likely to happen today. then had to mow.

in the process of removing those quack grass roots i decided a good place to dump them was at the end of the erosion gully i need to fix up. so after finishing mowing today i spent some time working on the upper head cut of that gully to put a few steps down and shape it so i can get the mower down in there and then i'll slope the banks so i can also mow it and it will allow a much wider flow of water, moving sod and dirt. no i didn't get that done today, the ground is rock hard. but just getting the head cut started and putting some chunks of sod in places to hold the sides better. i'll need to get back in there and put some chicken wire down to hold the sod in place until it gets well rooted just in case we get a storm which floods and uses that gully.

then i watered all the gardens/sprouts/seeds and tried to get some water squirted over to give the sod chunks in the gully a chance of surviving. it's not been very much rain here lately so they could use a drink. will get out the watering can later today and give the sod chunks another shot of water.

my foot and toes ache but the bruises are mostly gone. i think i'm done for the day. all this digging is certainly not giving it a rest.

Today was the day to harvest ppotatoes. Rhey could have stayed in the ground for another couple of weeks but voles were starting to eat them so we decided to harvest. Very pleased with the harvest. My kids helped me by separating them by size. This makes it easy to plan meals with potatoes . We have more to dig up tomorrow.

i almost finished up the garden i was working on yesterday, but i ran out of gas/energy/oomph/gumption or whatever you might want to call it. so the last 10 square feet didn't get done and won't get done now. it would have taken another few hours of work and the heat was getting to me and me feet were aching. instead i just scraped those areas last night and i'll have to keep scraping and pulling quack grass out of there until i do get back to it again, but as it stands at the moment, nope, i'm done, just have to plant the whole thing once i can get out there again. very welcome and needed rains at the moment and i'm gladly happy to just sprawl out here for the morning and do some reading and resting up.

Cosmo spring garden said:
Today was the day to harvest ppotatoes. Rhey could have stayed in the ground for another couple of weeks but voles were starting to eat them so we decided to harvest. Very pleased with the harvest. My kids helped me by separating them by size. This makes it easy to plan meals with potatoes . We have more to dig up tomorrow.
Click to expand...

wonderful harvest to see! we grew potatoes here a few times and Mom got so mad at the voles eating them too that she won't grow them again.

That was part of my problem years ago as a potato grower. The second problem, I suppose, was the availability of so few varieties that growing what could be purchased in the produce aisle so cheaply made the enterprise less attractive. That was in the 70's and things changed (& so did I) .

I wanted to try growing potatoes under hay and had access to just about all the rain-spoiled alfalfa that I wanted to haul off. The voles moved in!!! It was a large area ~ of a large garden. I found ONE spud that had not been chewed on! I was NOT gonna eat potatoes that a rodent had climbed over and eaten on ... I threw that ONE spud into the trees and left the others to freeze.

All the hay had been moved off the ground. My tomcat caught one mouse during the work and disappeared back to the barn. My female cat killed something like SIX but ... I was already a little mad at both of them.

Steve
having potato cakes for my 2nd breakfast - unfortunately, since my potato plants are just above soil level right now - the potatoes are from the store

It's again time for the annual cleaning of the pond area~ 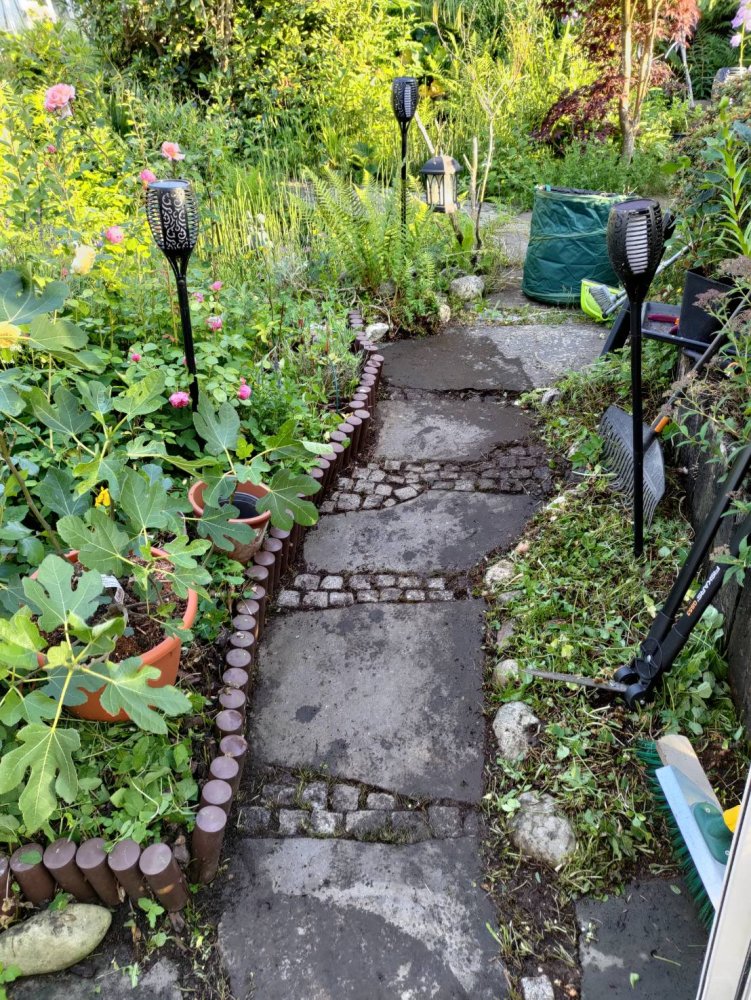